Yevpatoria and its Beaches 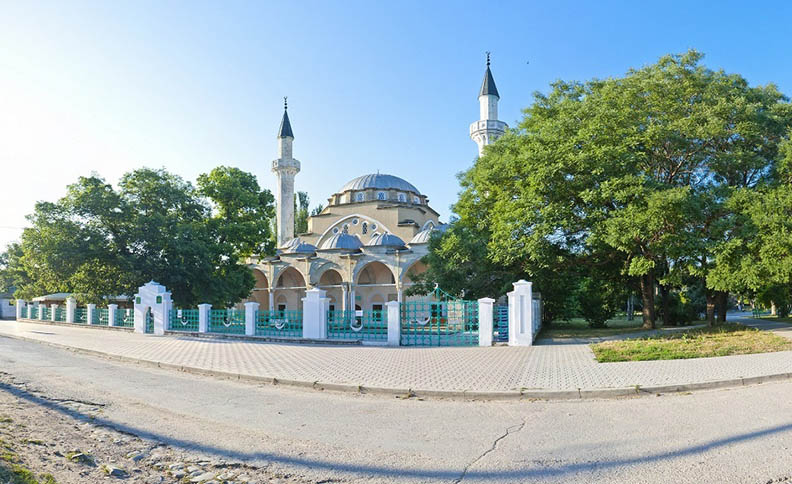 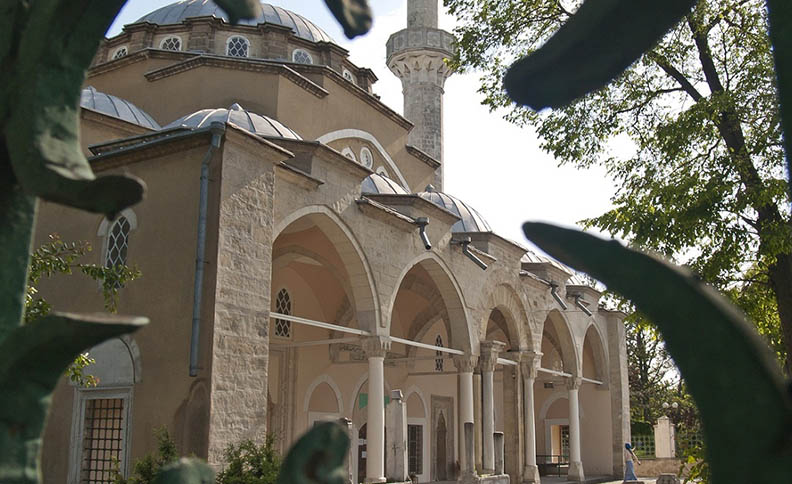 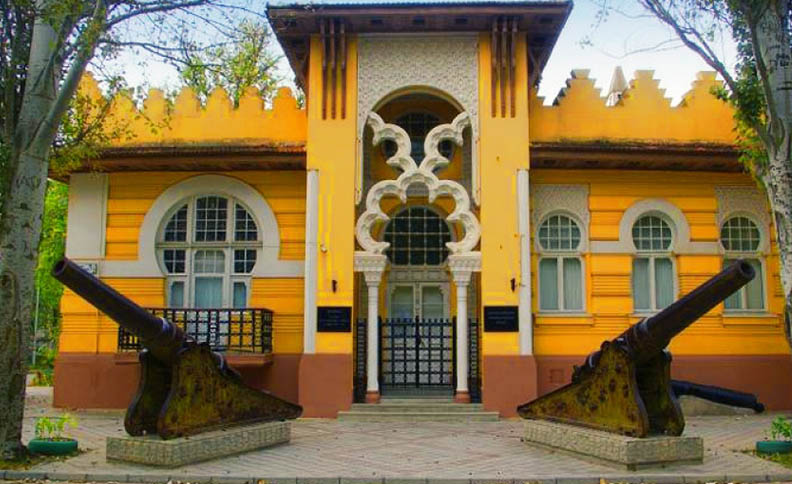 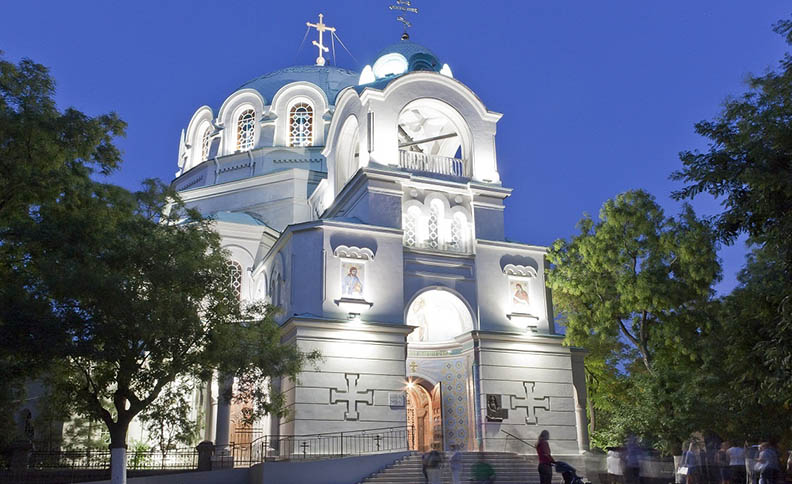 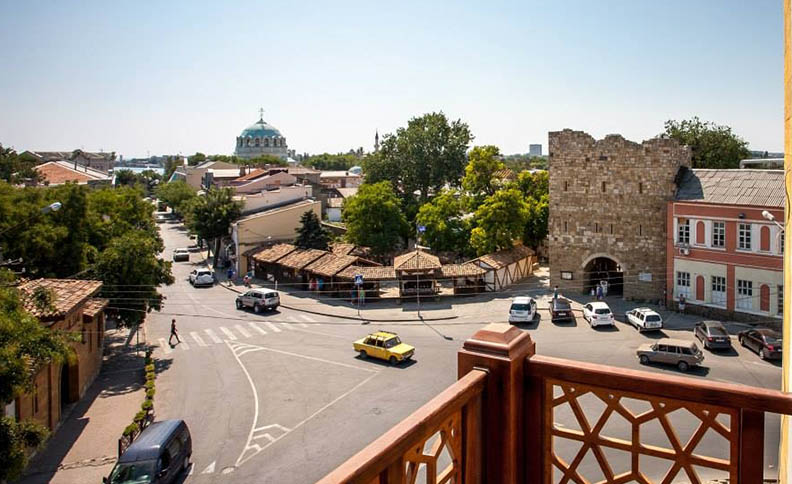 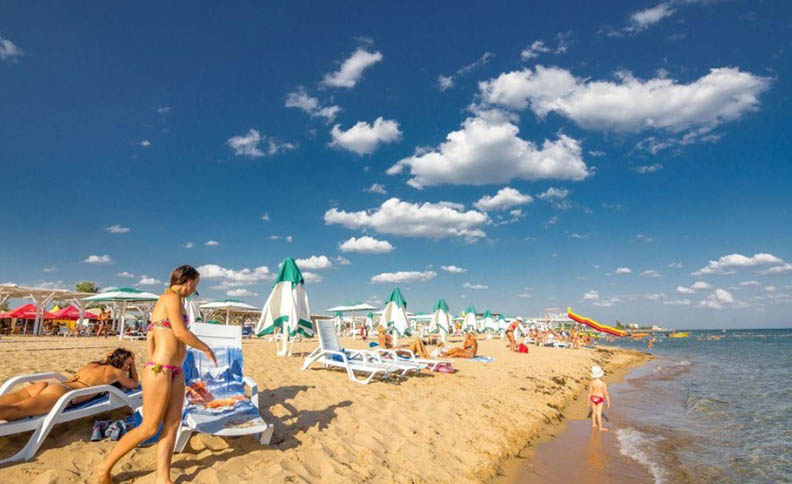 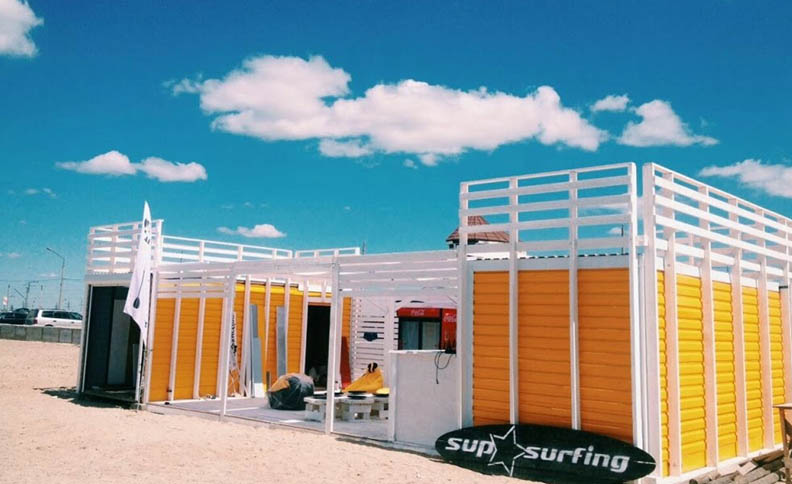 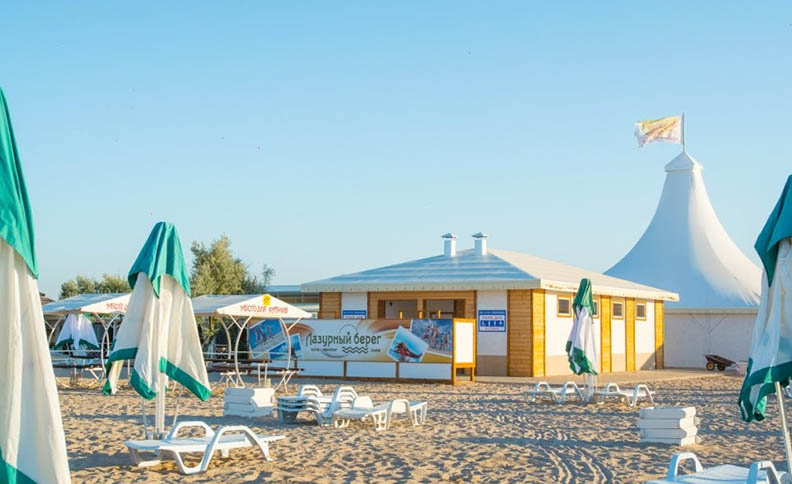 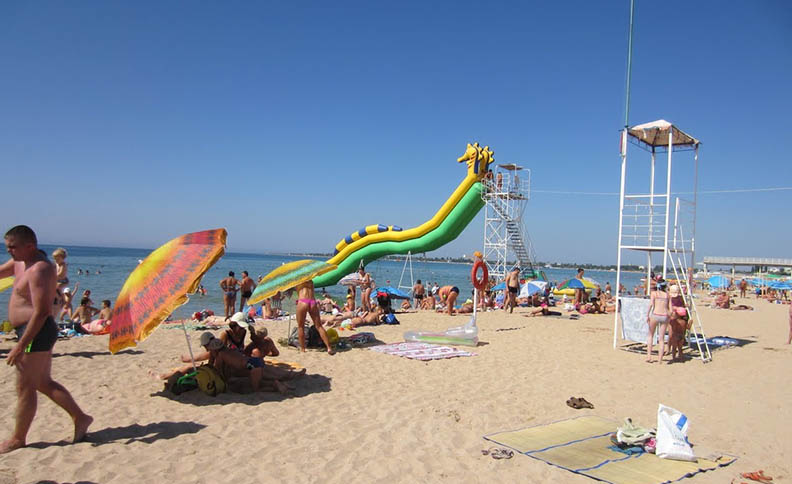 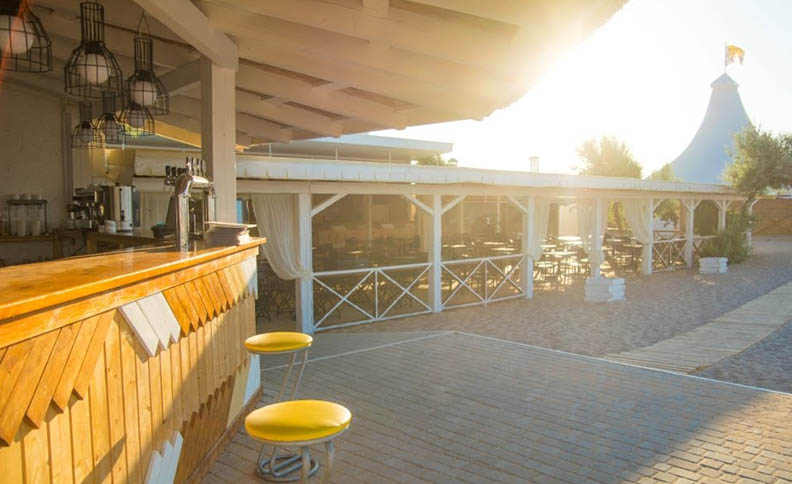 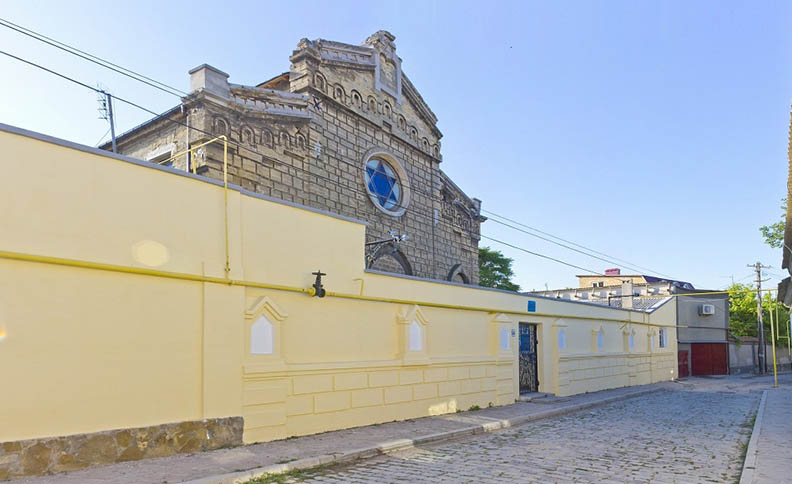 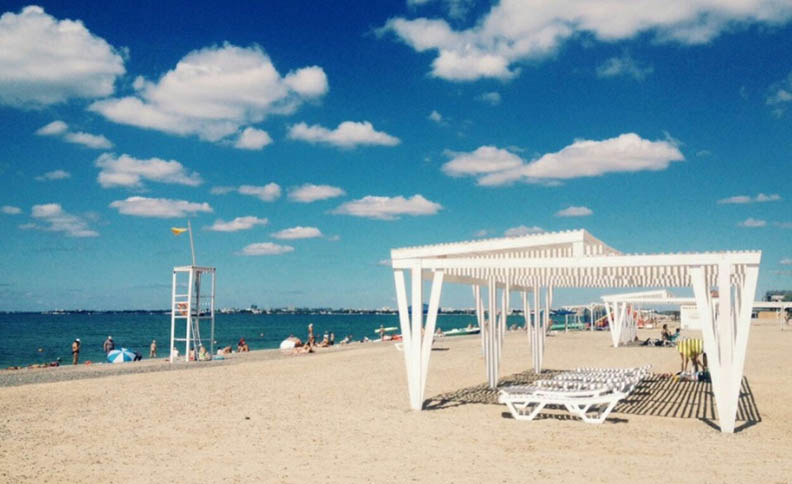 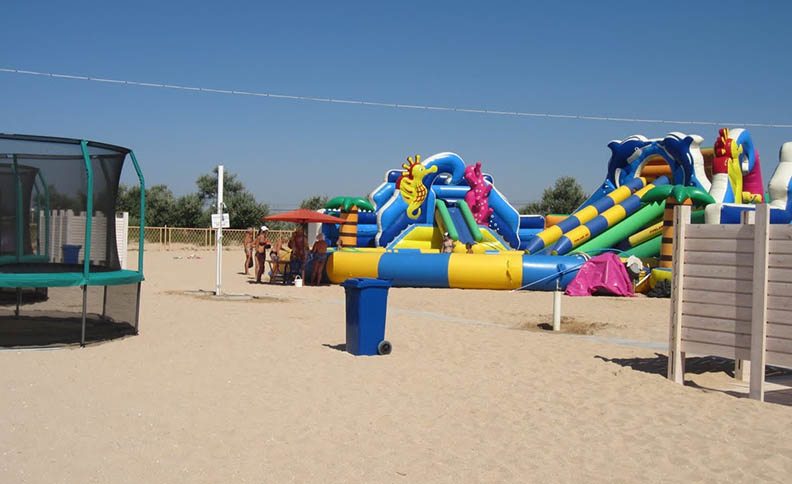 The city of Yevpatoria and its three satellite villages-Zaozernoye, Mirny, and Novoozernoye — are located along the vast Kalamitsky Bay of the Western coast of Crimea. The length of the sandy beaches is about 30 kilometres, the shallow depths of the Bay, the flat terrain and a large number of Sunny days every year have predetermined Yevpatoria’s fame as a children’s resort. No wonder the entrance to the city is decorated with a steel “Boy with a Dolphin”.

In the famous historical past, in which Yevpatoria dates back 25 centuries, the city was called Kerkinitida. The foundations of its buildings can now be seen under the glass dome in the center of Yevpatoria. A large ancient settlement in the vicinity of Yevpatoria, brought the city another symbol, resting in Kerkinitida is the Greek God Hercules. Now a bronze statue of the first resort resident of Yevpatoria adorns the city’s embankment. It was installed to celebrate the 2500 anniversary of the city. At the same time, a sacred fire was brought from the temple of the Goddess Hestia in the Greek city of Zakynthos to Yevpatoria, which now burns on the Theatre square.

In the middle ages, the place of Kerkinitida was taken by the fortress city of Gezlev (Kezlev). Its outlines, life, and history will be shown and told in the Odun-Bazar Museum, created inside the restored fortress gate tower. Here you can also drink a Cup of host’s coffee, always with foam, and try Crimean Tatar sweets.

Opposite Odun Bazar is the ethnographic Museum “Tekie-Dervish” – a haven for pious wandering Sufis. Dervishes wandered from city to city, treated, distributed miraculous amulets, but most importantly — taught wisdom, gave spiritual advice to all who asked for help, eradicating superstitions and misconceptions in the people.

Systems of three consecutive galleries connect the large and small temples in the spiritual and cultural center, the Museum of History and Culture of the Crimean Karaites – Keraim Kenas. On the walls, covered with vines, are engraved verses from the “old Testament” in Hebrew. Kenas were built at the expense of the Karaites about two hundred years ago. How the representatives of this disappearing people lived, their customs and rituals are told by the Museum exposition.

The Museum “Pirates of the Black Sea” tells about the development of navigation and trade, customs and laws of sea robbers, construction of sea vessels. The exhibition includes marine archaeological finds, weapons, dishes, ancient coins, jewellery, fragments of sunken ships, personal belongings of sailors. The Museum is designed in the style of an old ship.

In the building of the first pharmacy in the Crimea is the Yevpatoria Pharmacy Museum, in the post office – the Museum of Mail, with a separate exhibition “from the messenger to the Internet”. At the Central City library named after Pushkin, which celebrated its centenary, there is a Museum of books from particularly valuable and rare publications.

Both children and adults will enjoy the performance in the Eupatoria Dolphinarium, visiting the local water parks “U Lukomorya” and “Banana Republic”, colourful and bright performances on Karaimskaya street by actors of the Theater on Stilts and the Theater of living sculptures.

A separate entertainment ride is the Yevpatoria tram. This type of transport has been preserved only in Yevpatoria, there are four routes, one of which is an excursion and is called The Tram of Desires.

The beach is located at the entrance to Yevpatoria from Simferopol. It offers beautiful views of the Calamite Bay and the city. Half of the beach is covered with sand, closer to the water-small pebbles. For those who like active recreation, there is a modern beach volleyball court on the beach. In addition, the beach is equipped with shade canopies, sun beds, changing booths, shower, toilet. There are also catering facilities and beach equipment rentals available on the beach.

The beach is located next to the famous therapeutic lake Moynaki. This is a lake of estuarine type with highly mineralized water Rapa, at the bottom of the lake lies therapeutic mud. The maximum depth of the lake is 0.85 meters. Before using the therapeutic mud of the lake, you should consult a doctor. The beach area is spacious, provided with all the beach infrastructure. The bottom is flat: the depth starts at 30 meters from the shore.

A cozy sandy beach located in the sanatorium-resort area of the city of Yevpatoria. The sea in this place is shallow, so the beach is great for families with children. The beach is equipped with shade canopies, umbrellas, sun beds, changing booths, toilet, storage cells. There are also catering facilities and beach equipment rentals available on the beach.

The Beach of “Cote d’Azur»

The Azure coast beach is located in the depth of the Calamite Bay, which protects it from sea storms. The entrance to the sea is shallow, smooth, and convenient for children to swim in. Moynaki lake, famous for its healing mud, is located next to the beach. There is a well-maintained campsite near the beach for those who like to travel by car.

Visit the grand locations like Yevpatoria and its Beaches and loads more that Russia has to offer!
Contact us @ Russian Info Center to Book  Russia Tour
Choose from flights ex Delhi, Mumbai & Calcutta