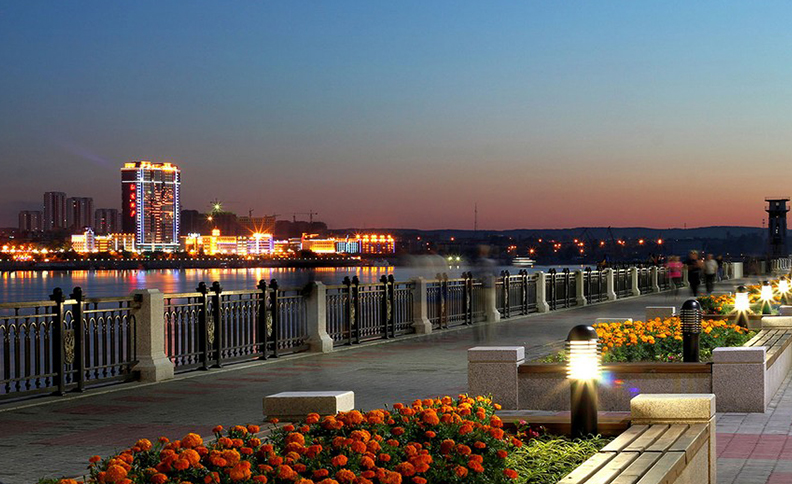 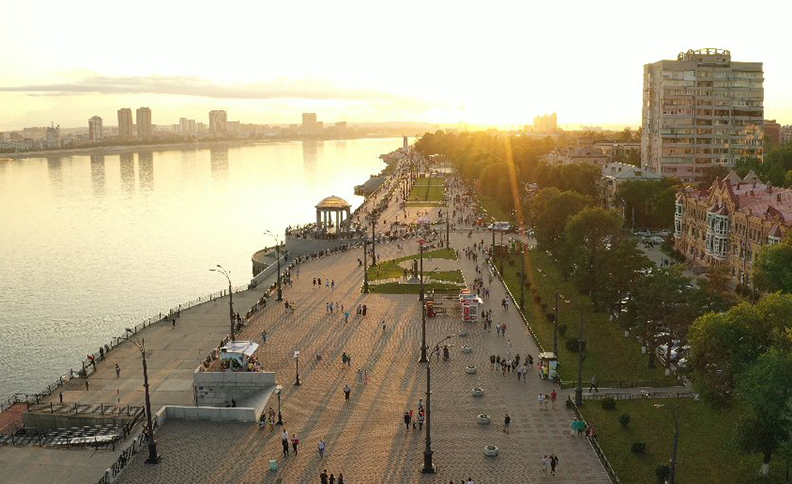 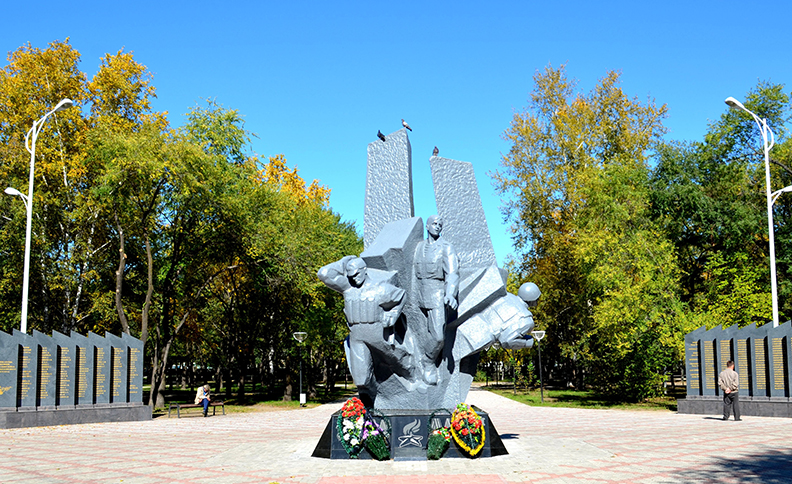 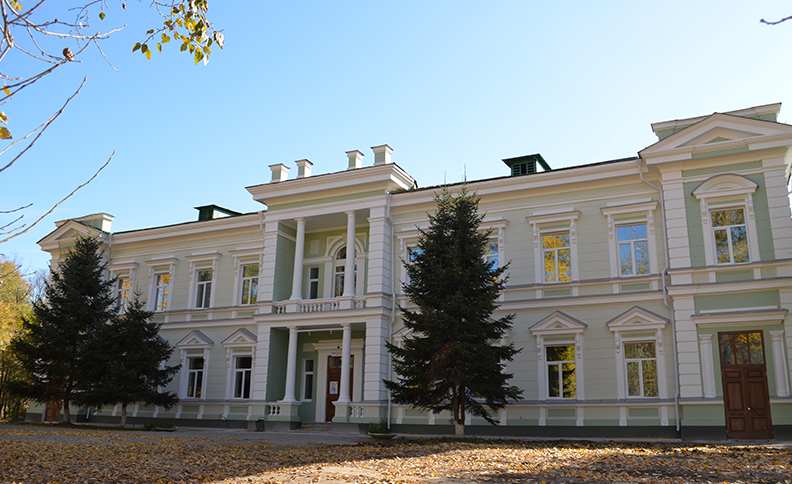 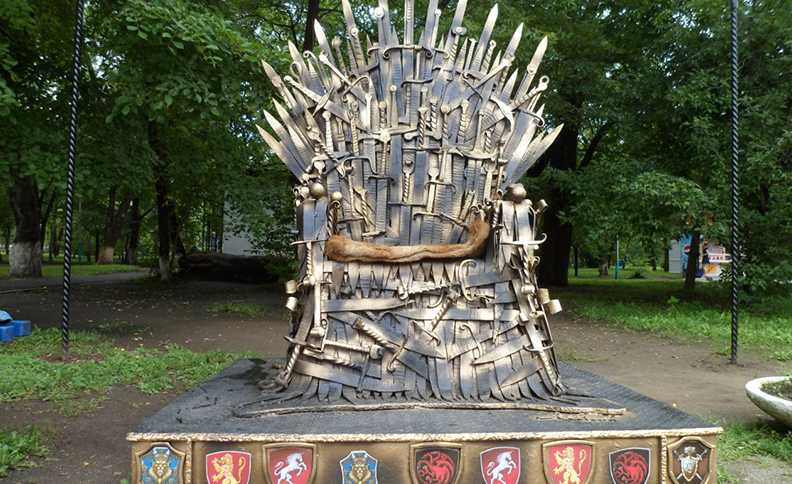 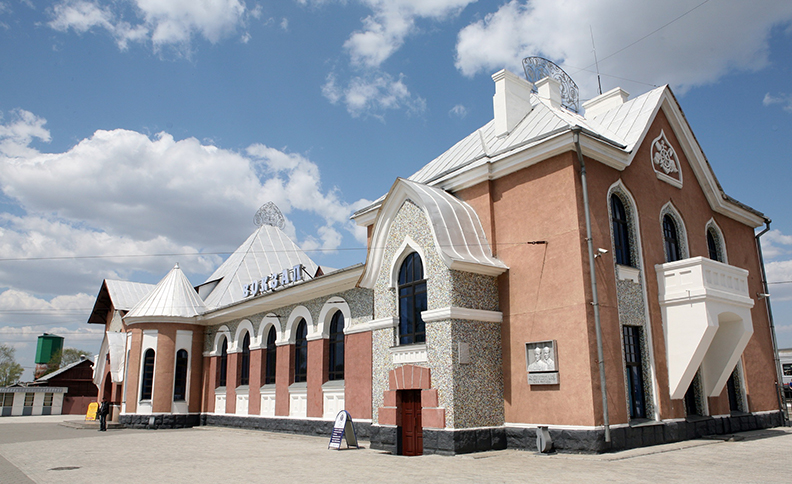 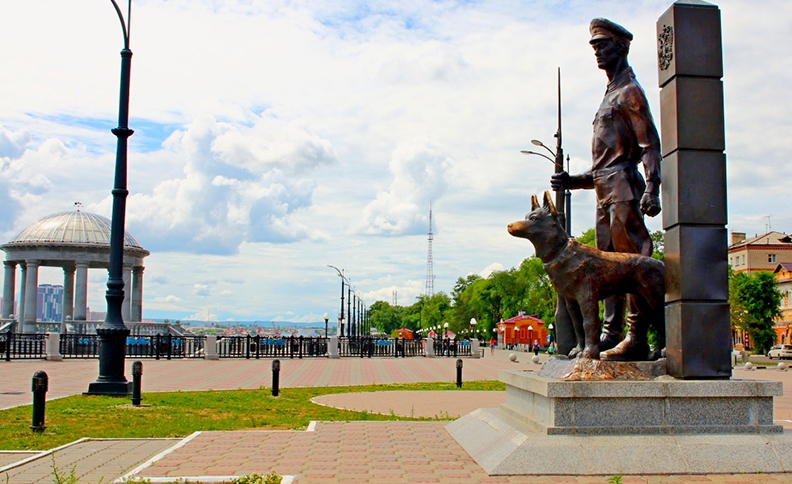 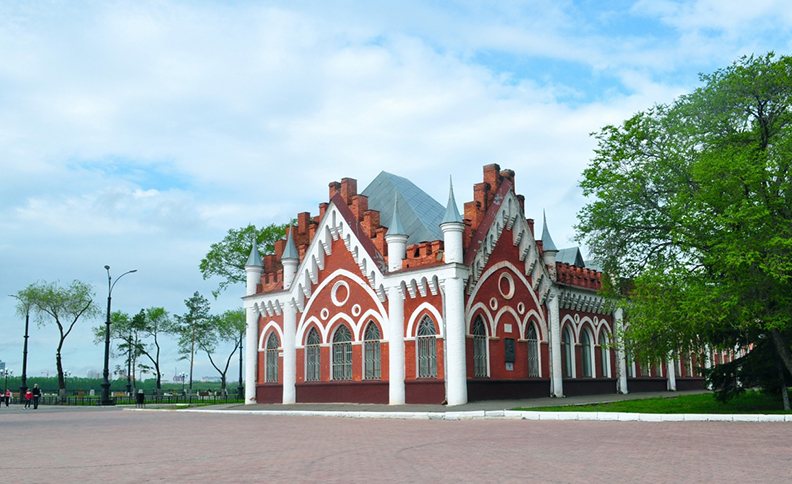 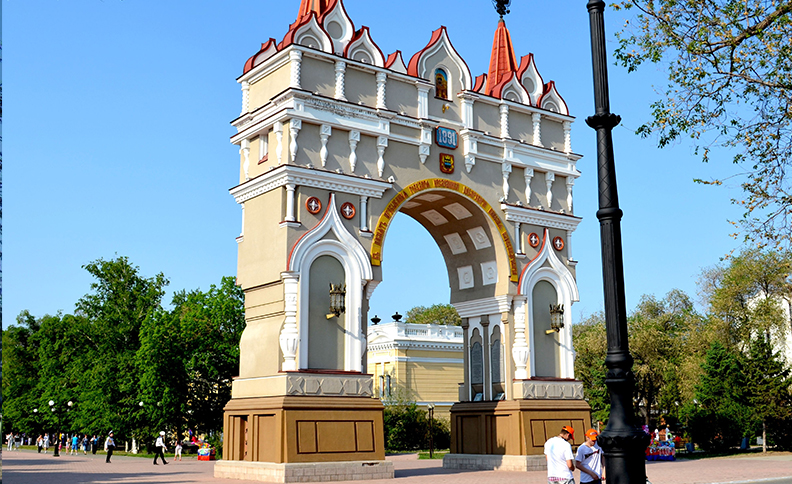 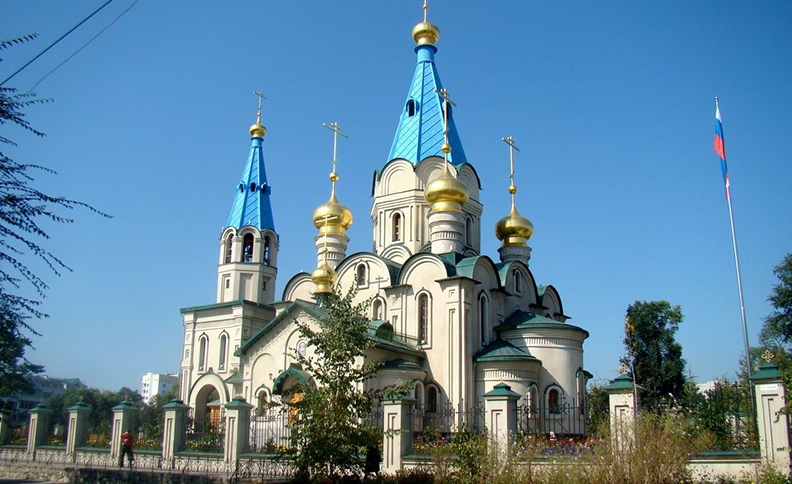 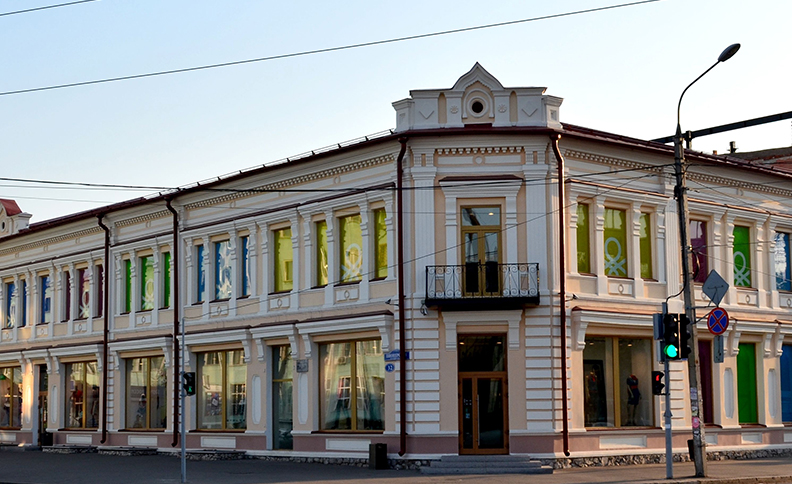 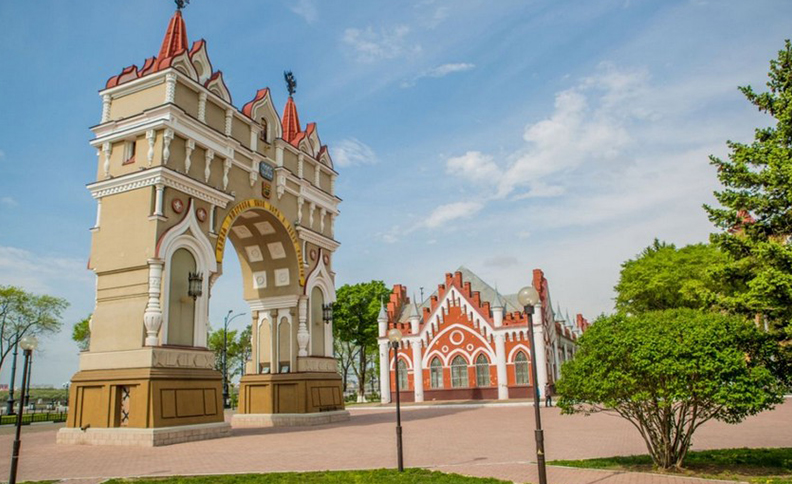 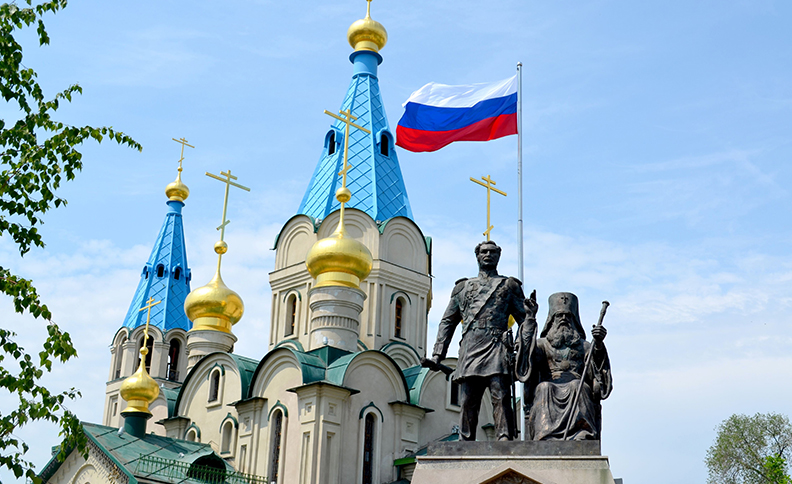 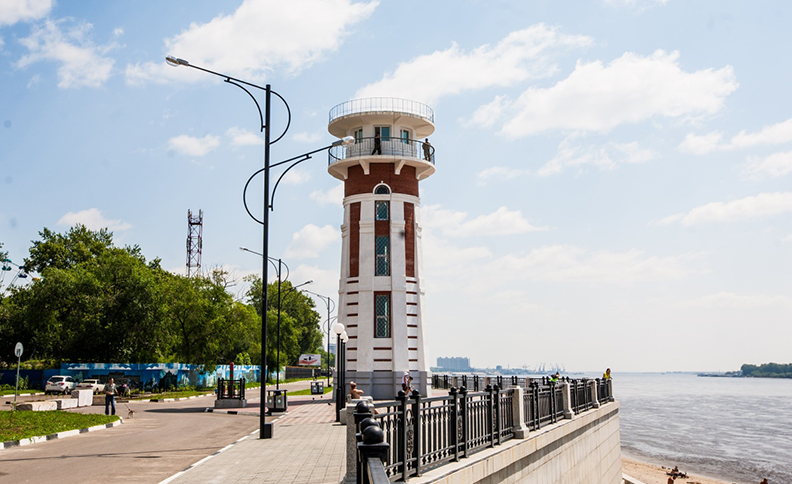 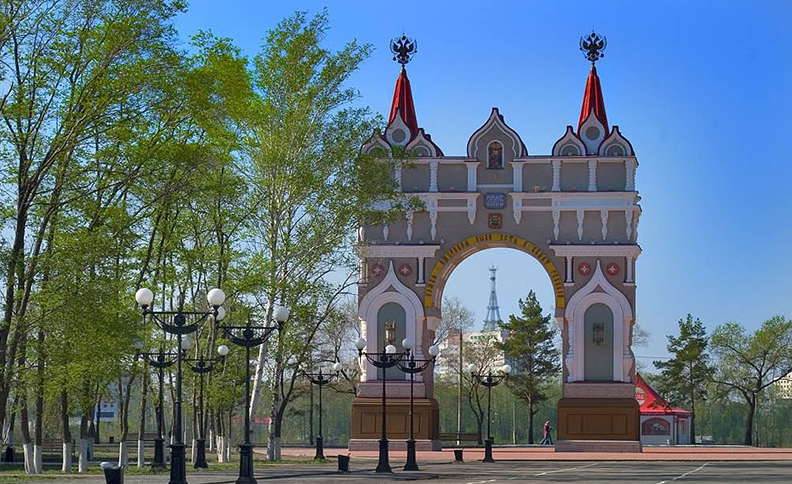 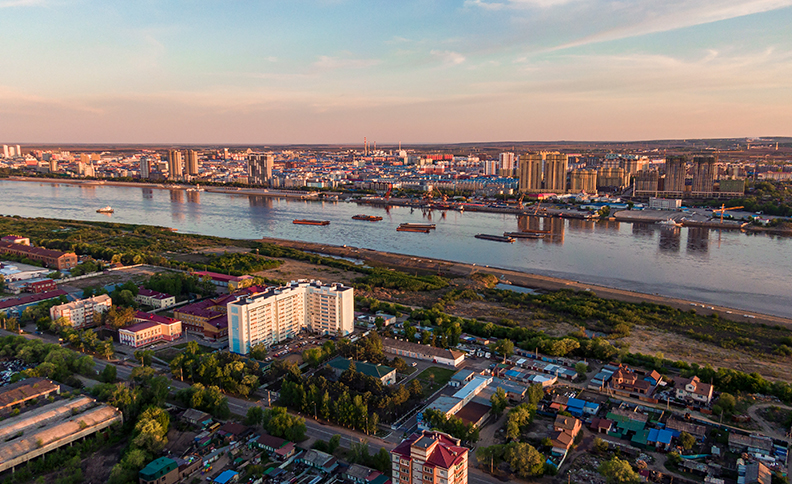 Blagoveshchensk is the administrative center of the Amur Region, the only administrative center of the subject of the Russian Federation, located on the state border of Russia (with China). Blagoveshchensk is one of the oldest merchant cities in the Far East.
History of Blagoveshchensk. On June 2, 1856, a military detachment of about 500 men was stationed near the mouth of the Zei River, on the left bank of the Amur River. The soldiers cleared the territory, prepared a place for the reception and accommodation of immigrants, dug the ground for crops, and harvested timber. From this moment, the history of the city of Blagoveshchensk began.
On May 9, 1858, Archbishop Innokentiy of Kamchatka founded a church in honor of the Annunciation, and the village became known as Blagoveshchenskaya. By the end of 1859, the population of the city was about one and a half thousand people.
The city grew and developed. First of all, a house for the governor, administrative buildings, residential buildings for officials and military chiefs, and garrison service rooms were built. The first streets also began to take shape. The overall development of the city of Blagoveshchensk was largely associated with the gold mining industry, agriculture and water transport. Further transformation of the city was aimed at strengthening its industrial potential, increasing the number of educational and research institutions.

Attractions of Blagoveshchensk
In Blagoveshchensk, tourists can take a walk, get acquainted with the history of the merchant city and see the sights, most of which are located near the embankment.

Lighthouse on the Amur embankment
Near it, they make dates, arrange photo shoots, do yoga and just admire the view of China. This architectural structure is designed not to light the way for ships, but to protect the state border: at the very top of the tower is a modern observation post of the Blagoveshchensk border post. It is impossible for an ordinary person to get to the observation post. Only border guards have access to the object. Every day, the guard overcomes 86 steps on an iron spiral staircase. At the very top is a tiny room that looks like an ordinary office: a desk with a computer, a chair, maps and instructions on the walls. The windows and balcony offer views of Blagoveshchensk and the neighboring city of Heihe (China).
In the 50s and 60s, when relations between neighboring states deteriorated, the embankment of Blagoveshchensk was a place of increased attention and even danger. Now the embankment is a favorite place of rest, both for citizens and for tourists. In summer, life at the border lighthouse boils from five o’clock in the morning: Blagoveshchensk residents run, ride bicycles, do yoga and gymnastics, swim in the Amur River. And even in winter, the Amur River bank is not empty. The border guards admit that it is very responsible and very stressful to serve in such a popular area. By the way, it is forbidden to photograph the state border for everyone — even Russians. These are the rules of the federal law on the state border. But in Blagoveshchensk, which stands on the border of two states, and in our time, when everyone has a phone with a camera, it is unrealistic to detain everyone.

House of the Military Governor of the Amur region
The house of the military governor of the Amur region was built in 1912 under the governor Arkady Valuev. The new governor’s house was the center of social and cultural life. Here lived the governor’s family with all the staff of servants and confidants. High society was invited here, receptions and dinners were arranged, amateur performances, evenings with dancing, music, and readings were organized, which is very symbolic, given the recent history of the building.
The cultural life of the house ended during the February Revolution. The last inhabitant of this house in the status of the governor was Konstantin Nikolaevich Hagondokov. As soon as the first news of the revolution came to the Amur region, Hagondokov recognized the power of the provisional government, transferred his powers to the local socialists, and himself went to Petrograd.

Shopping mall Mauritania
Blagoveshchensk from the very beginning of its existence was formed as a trading city. Therefore, one of the first quarters of the city was given to the Amur Company, founded in 1858 in St. Petersburg to organize trade on the Amur.
Already at the beginning of the XX century, the appearance of the shopping area was completed by the shopping malls “Mauretania”built on the site of Gostiny Dvor. By the way, this exotic name is still no one can explain. Perhaps it is obtained due to the unique architecture of the building and pronounced elements of pseudo-Gothic: lancet windows, turrets on the roof.
“Mauretania” were the so-called cold rows. Here they sold bread and flour, but mostly meat and milk, which required good basements-cold storage cellars.

Arc de Triomphe
At the end of the XIX century, the Russian Far East became a powerful outpost in the system of countries in the Asia-Pacific region. The heir to the throne, Nikolai Alexandrovich (the future tsar Nicholas II, who became the last Russian emperor) , had to personally get acquainted with the situation in the Asian part of Russia. The Tsarevich was assigned to lead the construction of the Trans-Siberian Railway. On June 4, 1891, the heir to the throne arrived in Blagoveshchensk. In honor of his arrival, a stone, elaborately decorated arch was built according to the project of the architect I. I. Bukovitsky. The arch was destroyed in the fall of 1936. Emperor Nicholas, his wife Alexandra, Tsarevich Alexei, and four Princesses Olga, Tatiana, Maria, and Anastasia were beatified by the Russian Orthodox Church in August 2000. On September 24, 2003, a historic event took place at the intersection of Krasnoflotskaya and Bogdan Khmelnitsky streets. At the site of the restoration of the Arc de Triomphe, a capsule with a message to posterity was laid in the foundation. The arch was restored with donations, using archival photographs, since no drawings were preserved. On November 4, 2005, the arch was consecrated and opened.

THE IRON THRONE OF THE RULER OF THE SEVEN KINGDOMS
The Iron Throne was installed in the city park near the building of the City House of Folk Art — the former home of the military governor of the Amur region. The symbol of power is available to everyone. Anyone can sit on it and feel like the ruler of the Seven Kingdoms from the famous TV series “Game of Thrones”. The throne was made by five people from the Association of Artisans of Blagoveshchensk and the Amur region.