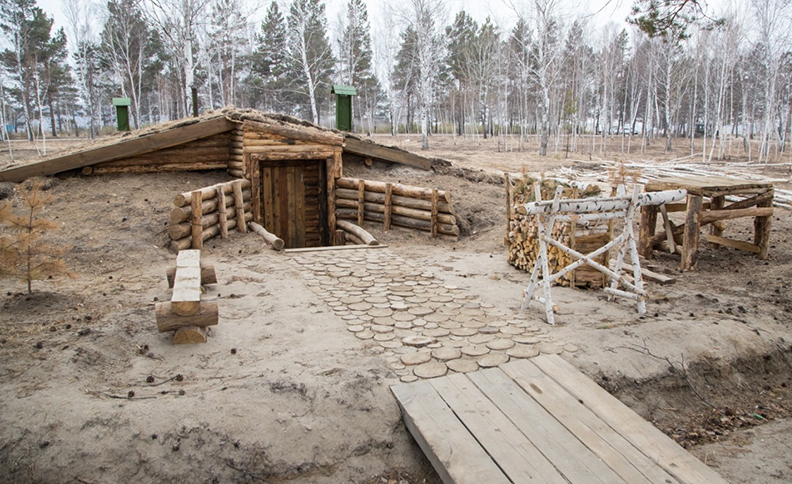 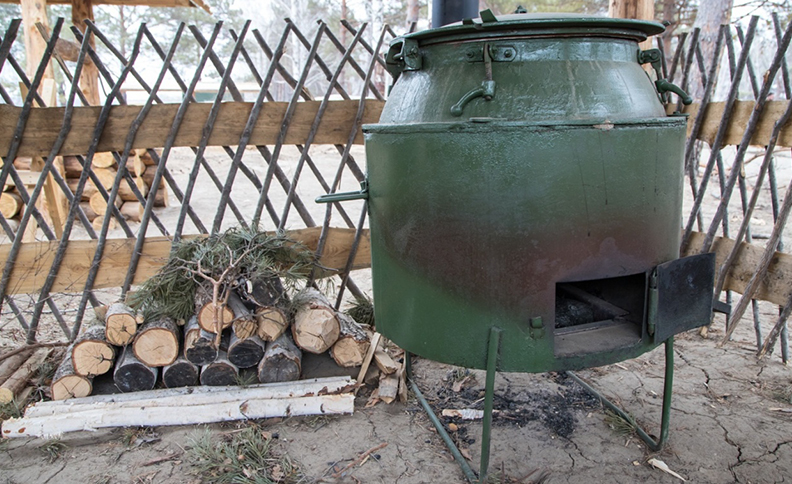 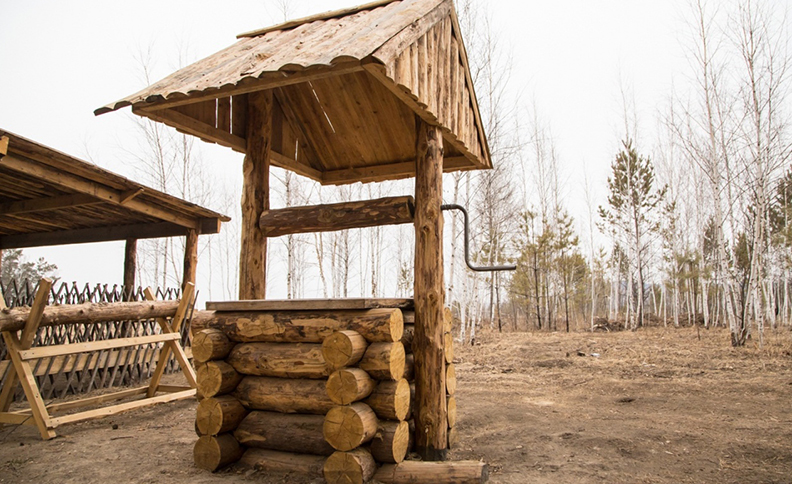 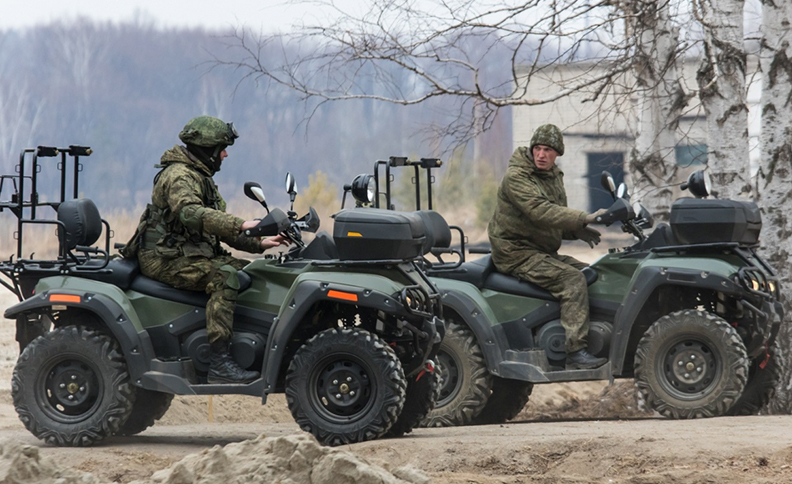 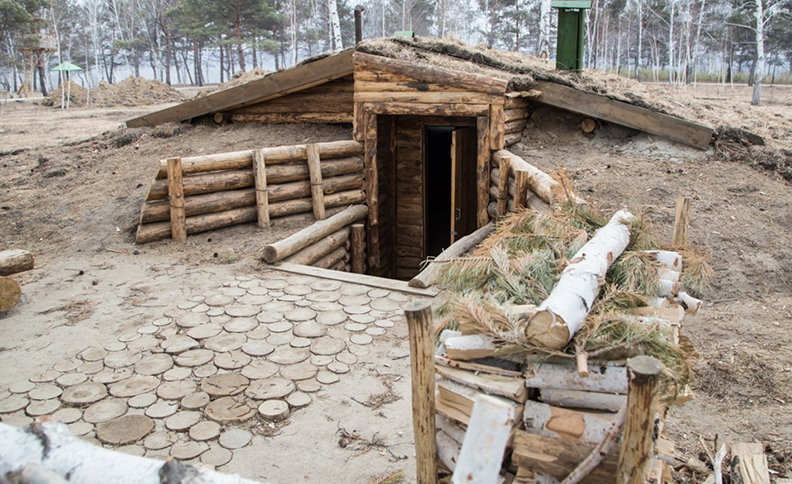 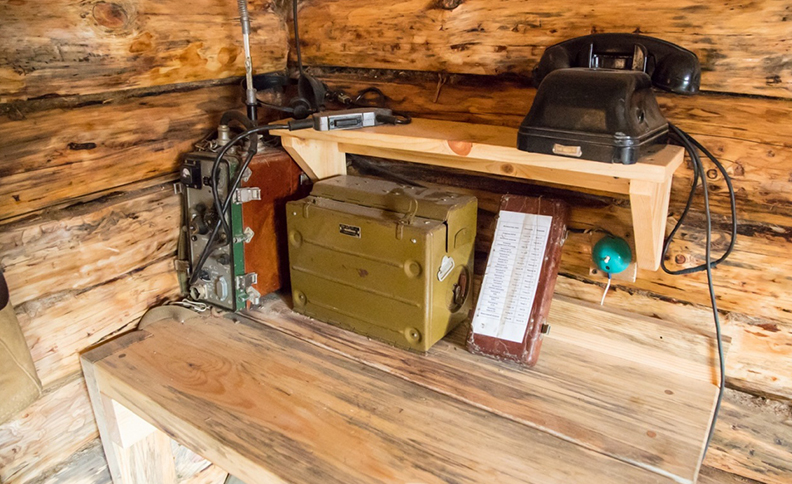 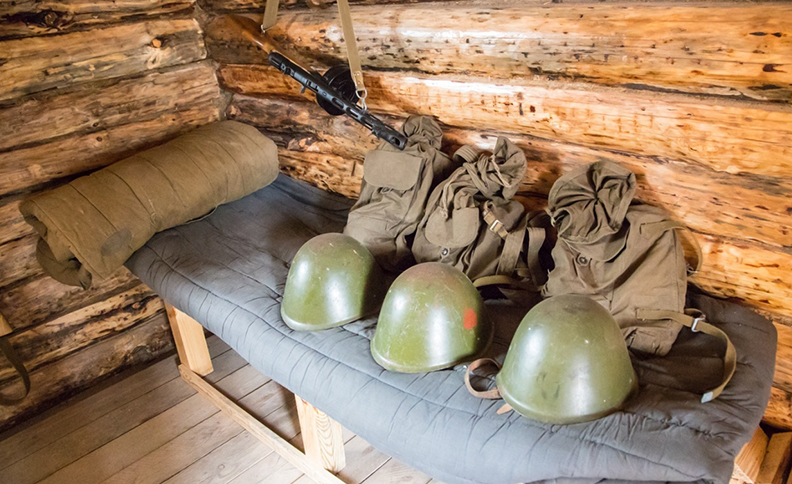 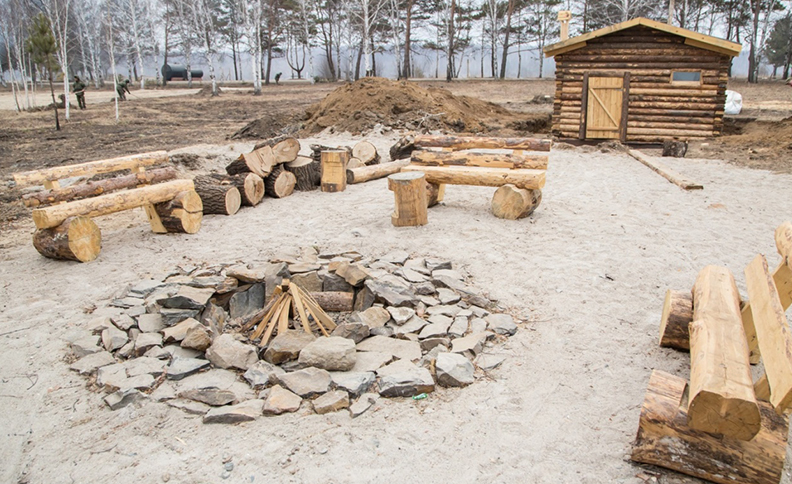 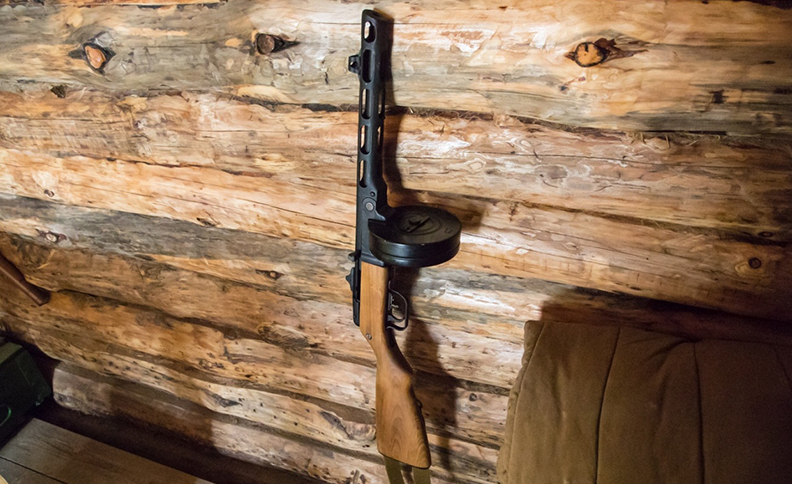 The military-historical complex “Partisan Village” is located 30 kilometers from Blagoveshchensk near the village of Novotroitskoye, on the training ground of the Far Eastern Higher Combined Arms Command School. The village was opened to the public during the all-Army games “Tank Biathlon” and “Suvorov Onslaught”, which were held in the Amur region in May this year.
The design and creation of the complex was carried out by teachers and cadets of the school. The complex is a collective image of the settlements of the people’s militia during the Great Patriotic War. On the territory of the village, ten objects were built from logs. Visitors can see the field kitchen, staff dugout, Lenin room, sleeping dugouts, hitching post, bathhouse, checkpoint, observation towers.
In the cramped room of the Lenin dugout, there are only a couple of small windows, a portrait of Stalin, an icon, and a stove. In the staff dugout, there are noticeably more attributes. In such dugouts during the war, all responsible decisions were made, and tactics of attacking the enemy were discussed. There is a PPSH machine gun, a German machine gun, a radio station from the war, a typewriter from the 40s, a bust of Lenin, a military telephone and other items from that time.
According to the participants of the DVOKU Military Historical Society, the interior elements were collected by the whole world. Something was in the archives of the Eastern Military District, something was brought by people.
Animators of the patriotic club “Motopatriot” give a special flavor to the “village”. They brought several wartime motorcycles to the complex, and the bikers themselves dressed in the uniforms of Soviet soldiers and armed themselves with Mosin rifles.