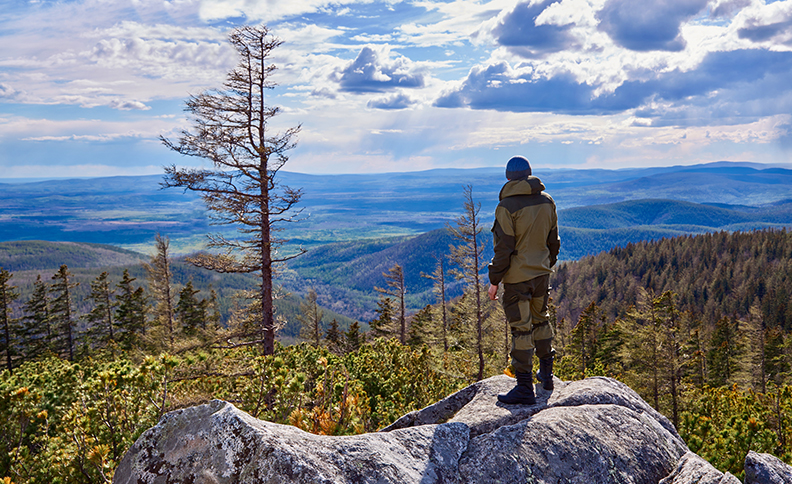 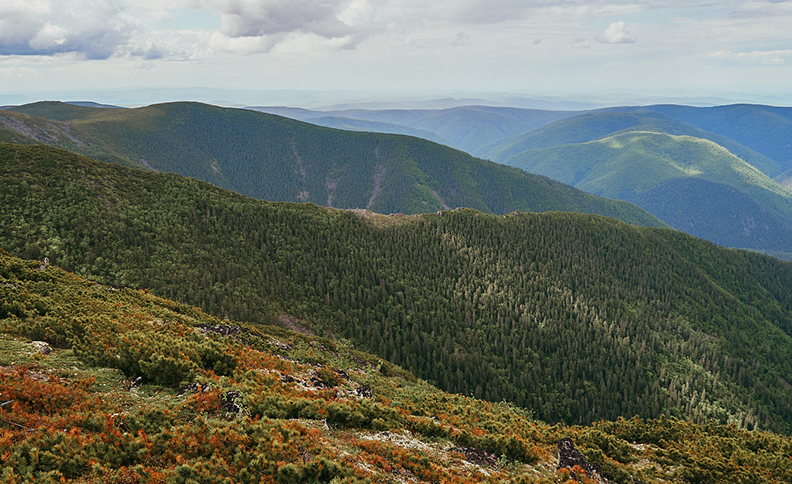 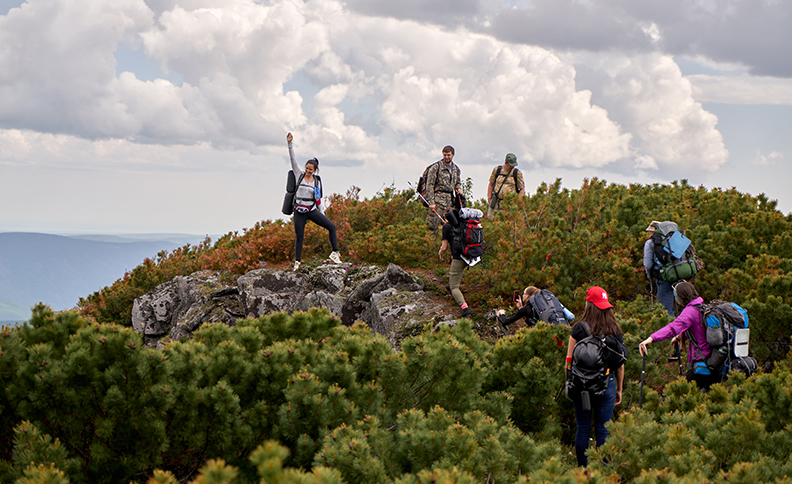 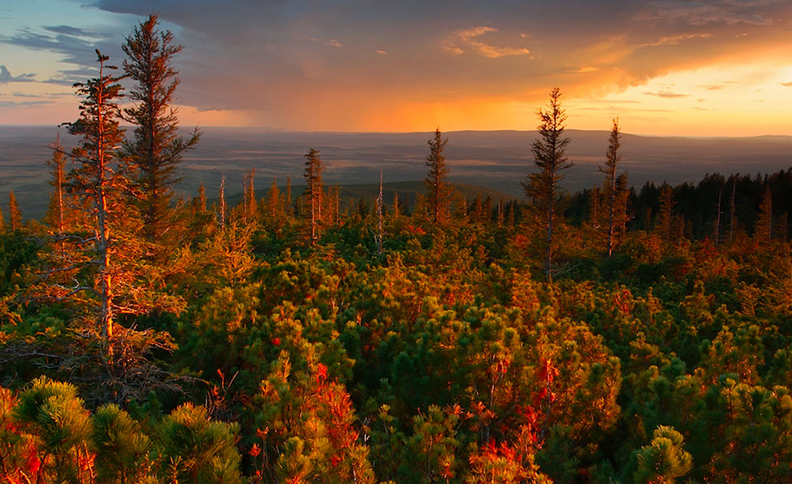 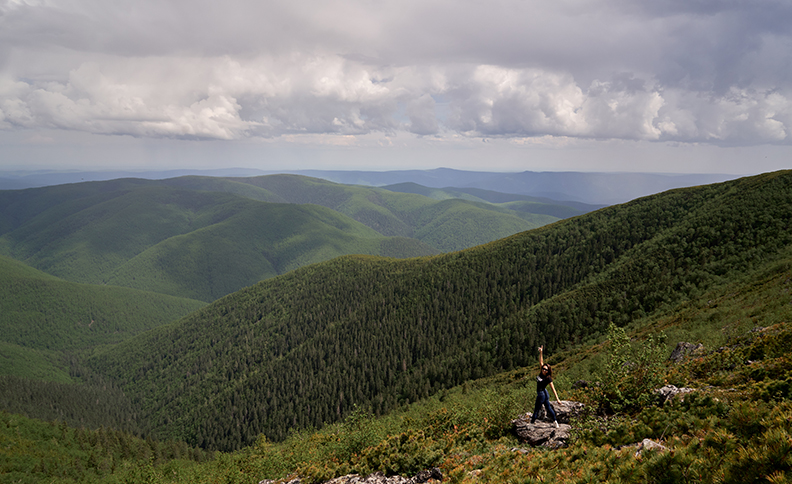 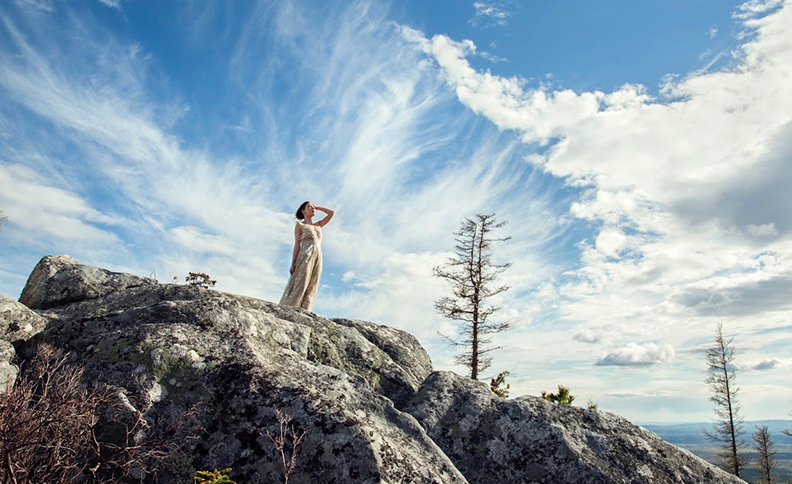 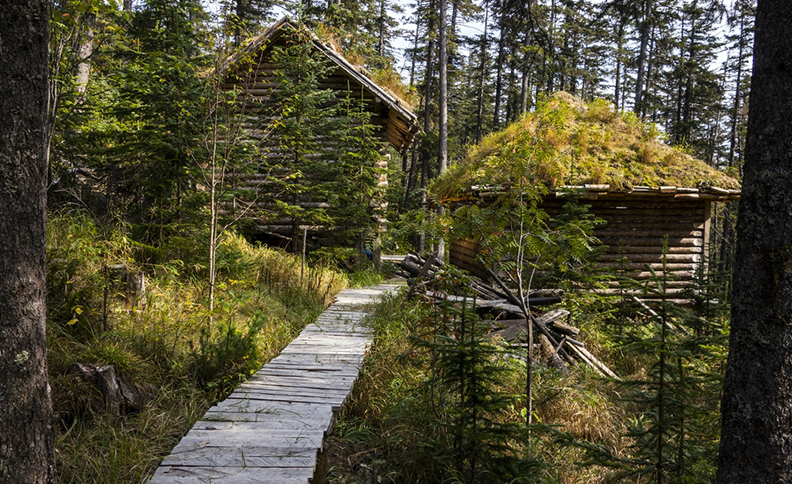 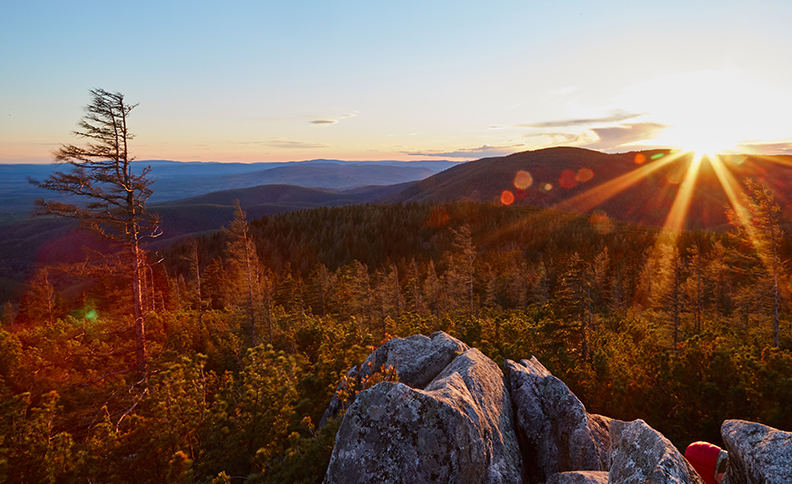 A trip to the Tukuringra ridge is suitable for those who want to get acquainted with the variety of reliefs and types of natural zones and are not afraid to meet the inhabitants of the untouched Amur hinterland. This is one of the most picturesque and at the same time accessible places in the Amur region. The Tukuringra ridge is located on the border of the Zeya and Tynda districts. These are not the highest mountains of the region. At the peak, the height of the ridge reaches 1442 meters, the length of the mountain range is 250 kilometers. The slopes are covered with larch taiga, cedar elfin. Above 1000 meters, there are often remnants of weathering, in the common people “loaches”, which sometimes have a bizarre shape, as well as extensive fields of large-block scree.
In the protected area, the mountain system is cut through by the narrow valley of the Zei River, where there are plants from the Red Book — the large-flowered venus slipper, as well as rare animals and birds — the Amur tiger, peregrine falcon, owl, small swan, gyrfalcon and others.
It is interesting that the southern border of permafrost passes in the eastern part of the ridge. On larch marys, sphagnum marshes, under a powerful cover of moss, already at a depth of 20-30 centimeters, you can find frozen soil and ice lenses. At the same time, the thickness of the ice cover in these places can reach 12-14 meters.
The 14-kilometer walking route to Tukuringra takes two days. It is preferable to climb the ridge from March to November. In winter, the snow cover on the slopes can reach 80 centimeters. Tourists are brought to the “Kamenushka” cordon 62 kilometers from the city of Zei. On the first day, travelers overcome the main part of the way. Not far from the place of spending the night in the thickets of cedar elfin there is a “Thunderstorm Plateau” – this is how the locals call two huge stone remnants, where lightning often strikes during a downpour. Hence the name. The stones offer a beautiful view of the foot of the Tukuringra ridge. The plateau is considered a place of natural power.
The overnight stay of tourists takes place in the Podgoltsovy spruce forest. The next day, the group ascends to the dome of the ridge, from where, after a short break to explore the surroundings and take a photo session, they descend back to Cardon. In summer, travelers have the opportunity to see a natural phenomenon that is inaccessible to the eyes of many — the flowering of the mountain tundra.
Even untrained tourists can complete the two-day route.