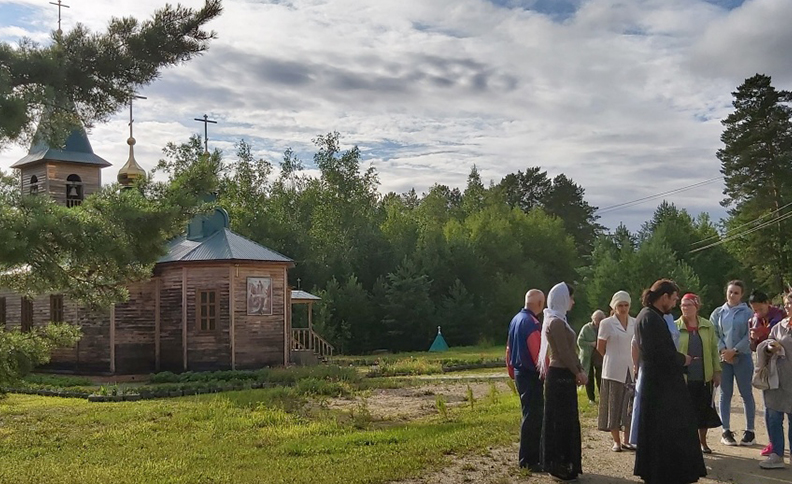 The city of Zea is the administrative center of the Zeysky District of the Amur Region. The city is located in the north of the Amur-Zey plain, on the right bank of the Zea River, 660 kilometers from its mouth, at the southern slopes of the Tukuringra ridge. Zey was founded in 1879 as a transshipment point of the Upper Amur gold mining company “Zeysky Warehouse”. From the moment of obtaining the status of a city from 1906 to 1913, the city was called Zea-Pier.
The leading role in the economy of the Zei belongs to the electric power industry. The Zeyskaya HPP is the second largest after the Bureyskaya HPP in the Far East, annually generating from 4 to 6 billion kilowatt-hours of electricity. Other industries include gold mining, and the timber industry.

St. Barbara’s Farm Church in Zea
The wooden monastery stands 10 kilometers from the city of Zeya — it is the only Orthodox parish in the Amur region, towering among the taiga. Today, the taiga parish is also known as a large farm, where the rector and his wife keep about 500 birds, goats, rabbits and an apiary. Next to the monastery is a small pond, known since pre-revolutionary times under the name “Warm Spring”. The water in it does not freeze even in severe frosts. It is used as a healing remedy for gastrointestinal and skin diseases.