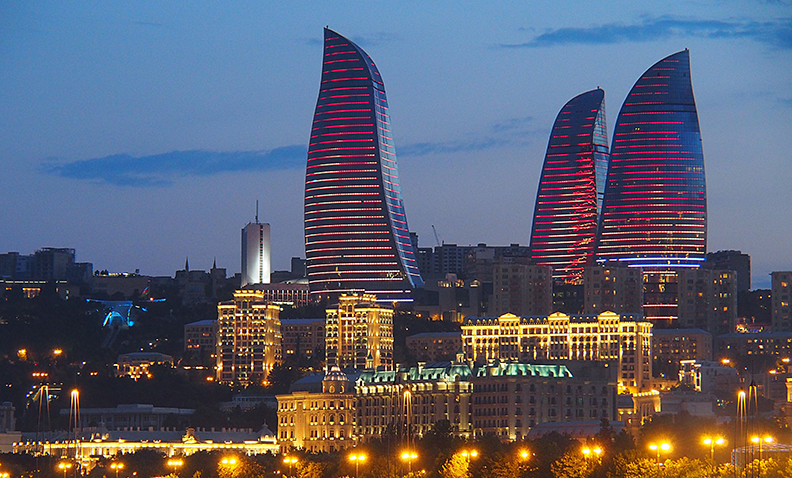 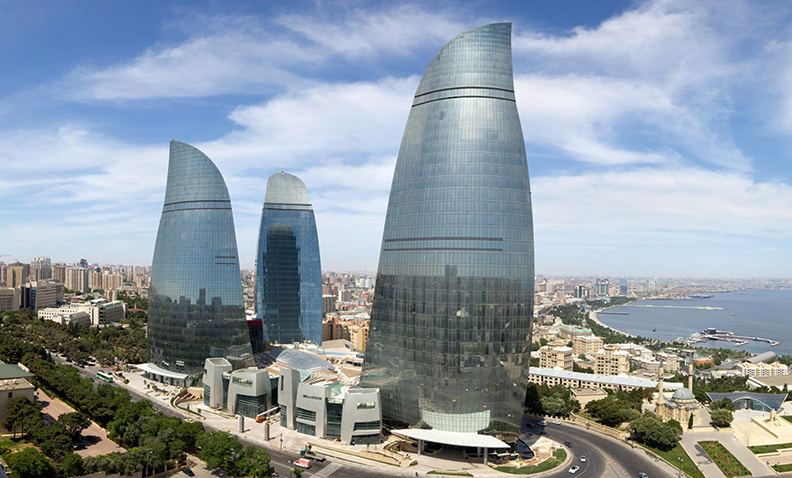 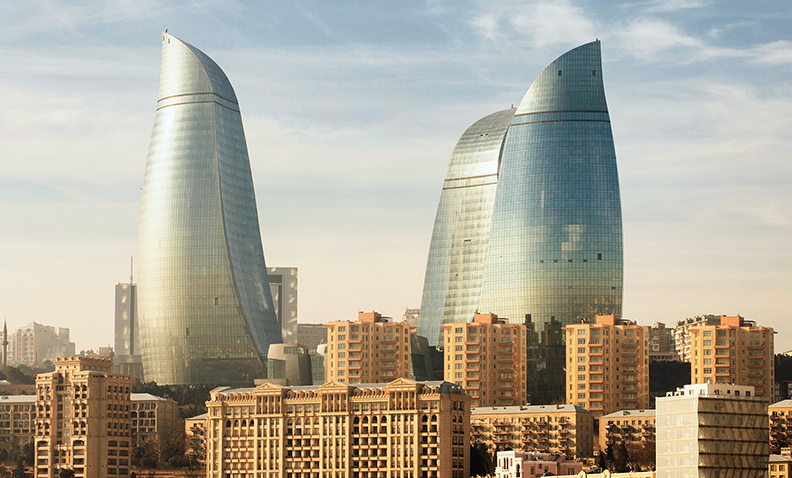 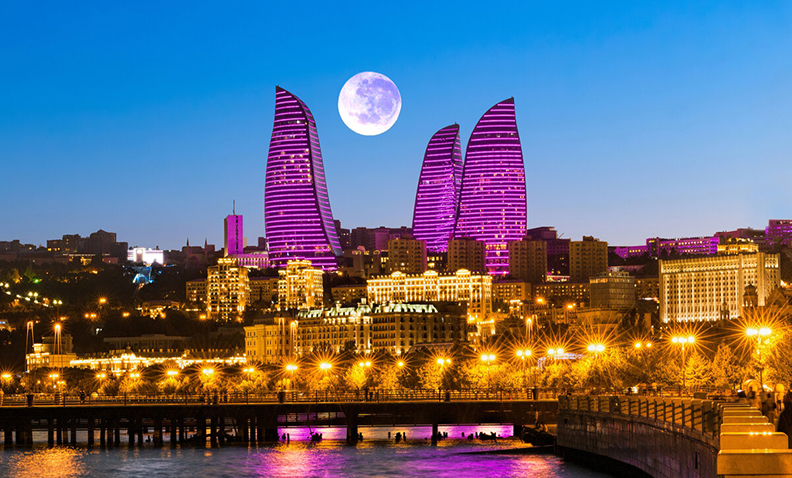 Flame towers are three tall buildings that look something like a sail, something like “tongues” of flame. The height of these flames is 190, 160 and 140 meters. That is, each one is twenty to thirty meters higher than the previous one.

It is also worth noting that these three buildings are the tallest buildings in Azerbaijan.

A particularly beautiful view of the Flame Towers opens at night, when the earth is illuminated only by the light of the moon, and the sky is filled with stars. In the dark, three buildings become supposedly alive! The play of colors and light is fascinating and makes you forget about all the problems. Sometimes, during a light show, it really seems that three buildings are real flames.

Lighting of Flame Towers according to the survey skyscrapercity.com , an influential forum on urbanism, was recognised as the best in the world. The towers themselves are completely covered with LED screens that display the movement of fire, visible from the farthest points of the city. Visually, the effect of gigantic torches is created, which emphasizes the main idea of the towers, which lies in their name — “Fire Towers”. The motif of three lights is also present on the coat of arms of Baku.