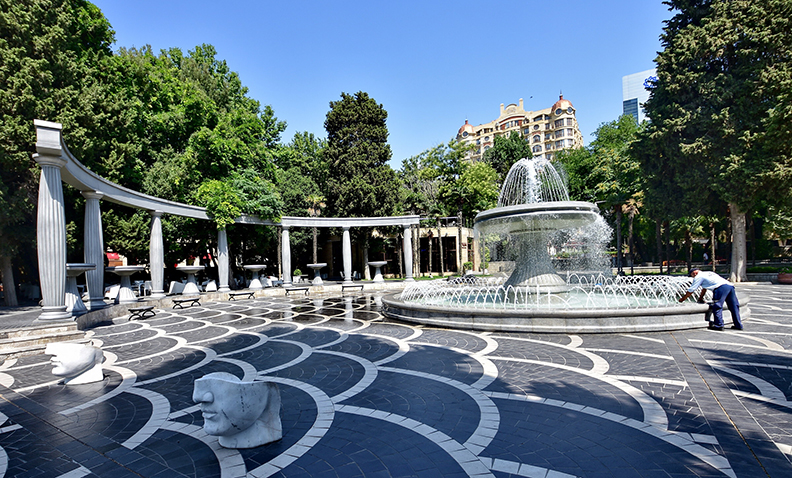 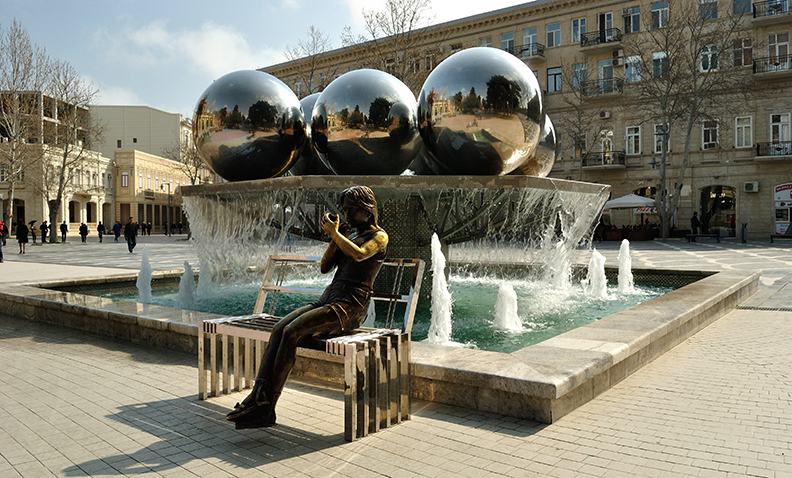 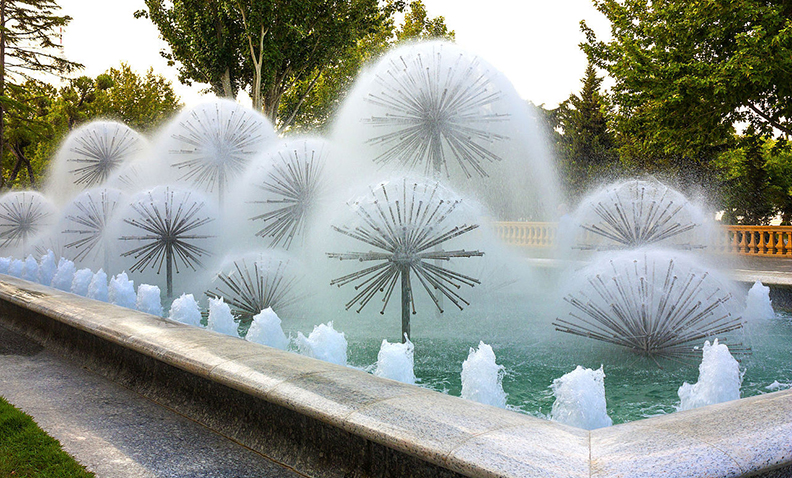 Fountain Square (former names Parapet, Karl Marx Square) — a square and a public garden in the capital of Azerbaijan, in the city of Baku. The first city square of Baku. It is one of the central and most crowded in Baku. The name speaks for itself, and even the guests of the capital will immediately guess that the main attraction of this part of the city are fountains, which, after recent reconstruction, have acquired original and most unpredictable forms.