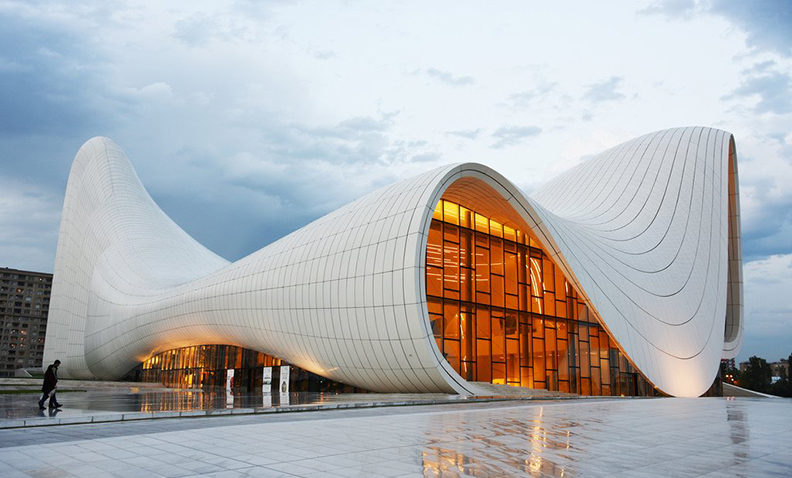 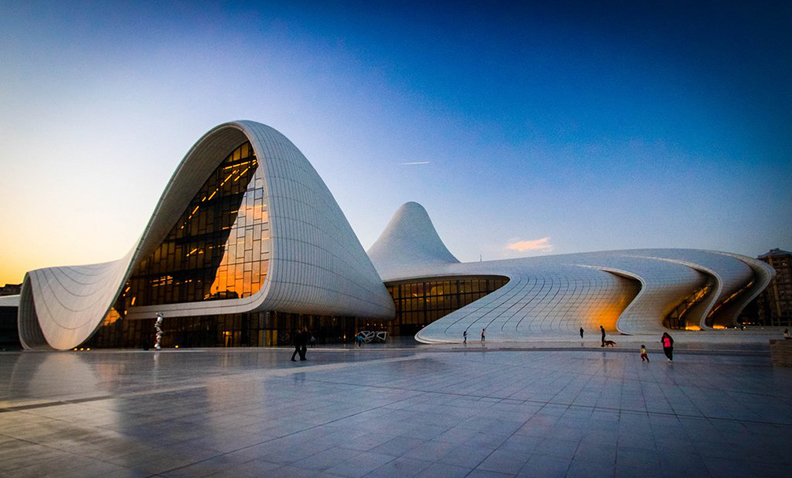 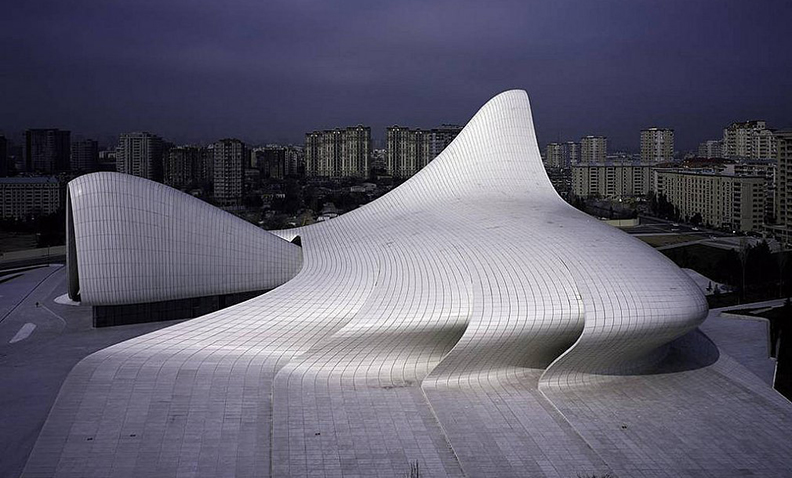 A futuristic architectural masterpiece; one of the new symbols of the Azerbaijani capital, along with the famous Flame Towers. Every year Baku looks less and less like a grey post-Soviet city. Thanks to the income from the sale of oil, unusual buildings are growing in place of typical high-rise buildings and faceless concrete boxes, forming the image of an ultra-modern metropolis.

It is named after the third President of Azerbaijan, Heydar Aliyev. The project of the center was developed in 2007 by architect Zaha Hadid.