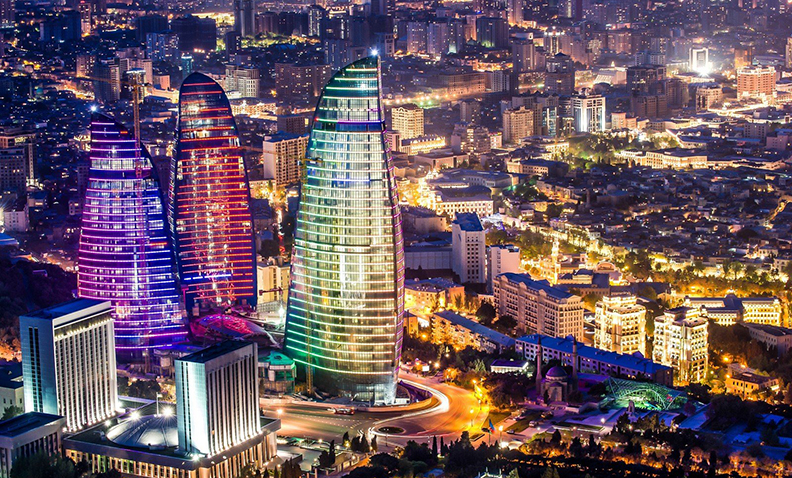 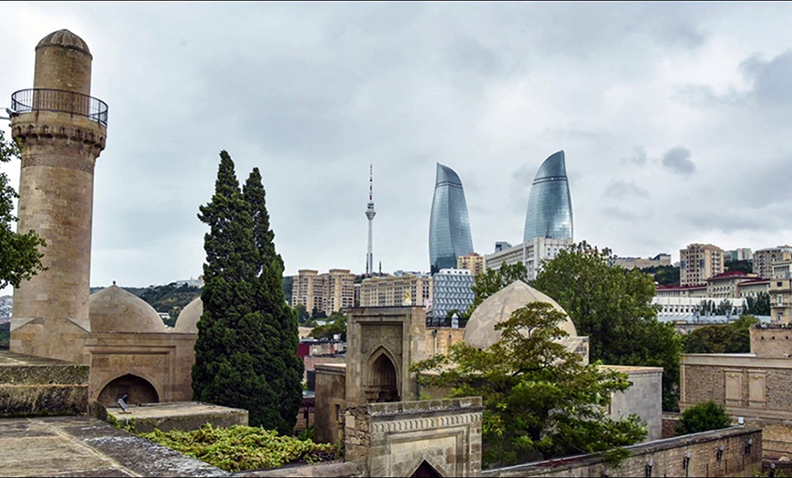 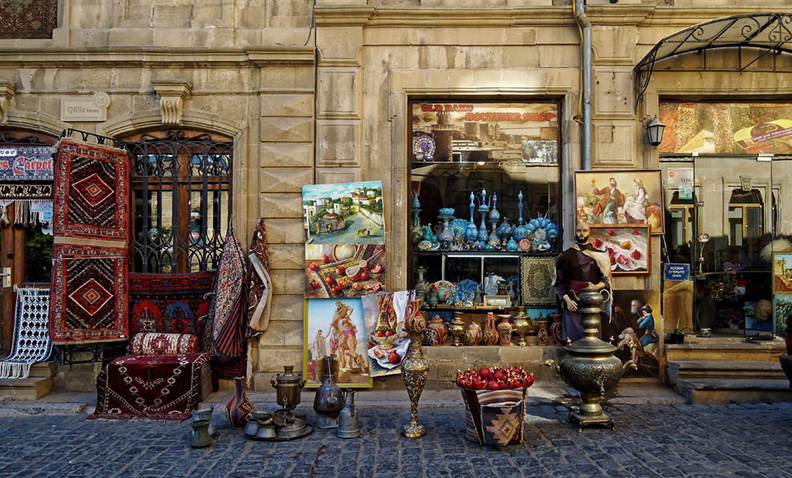 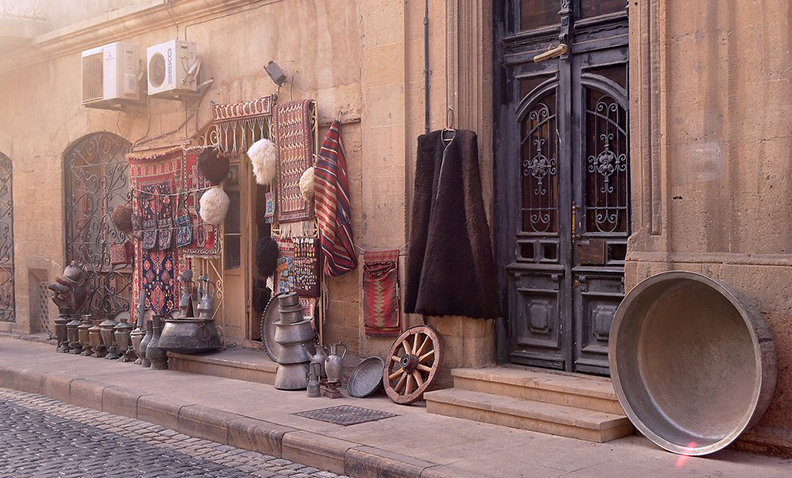 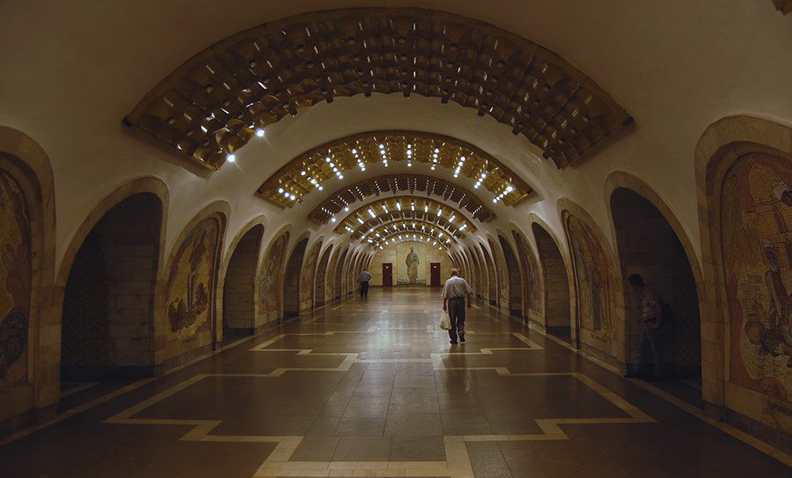 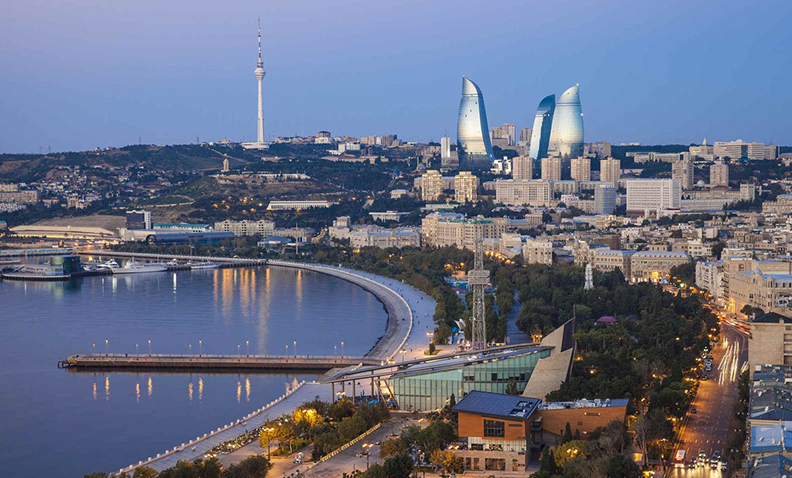 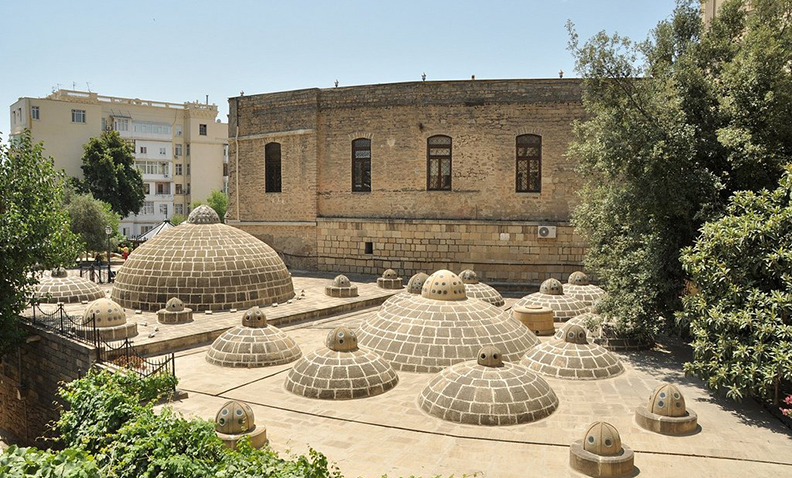 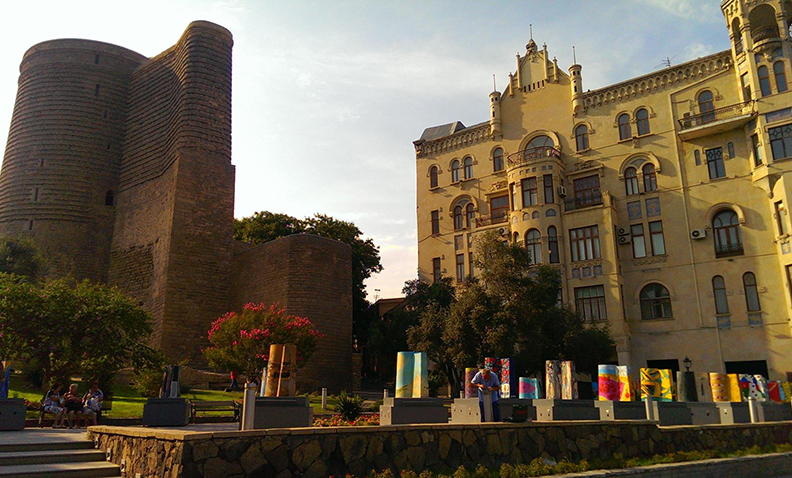 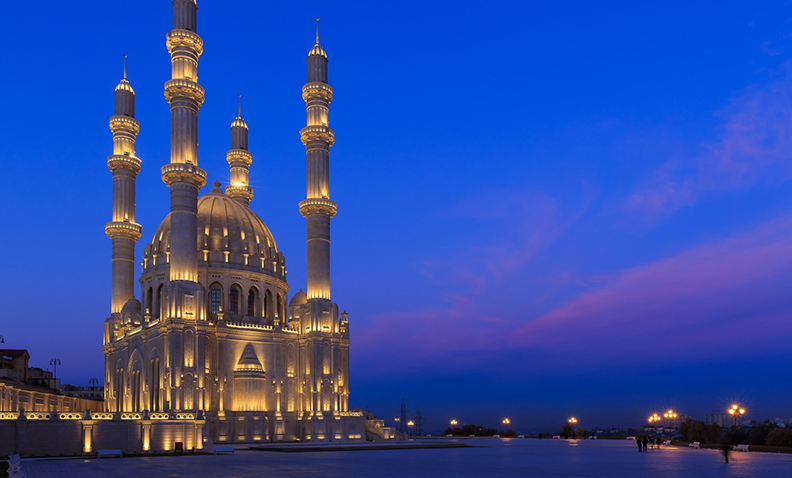 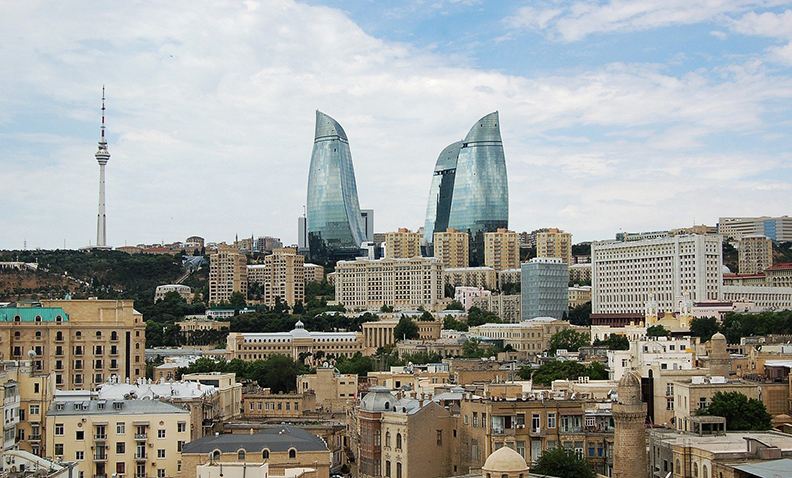 Baku is a city where medieval monuments are surrounded by high—rises and modern architectural structures. There are fortress walls with narrow streets reminiscent of Istanbul and old Europe, and nearby there is a well—maintained embankment, souvenir shops with colorful showcases and city parks rich in greenery.

It is the largest city on the shores of the Caspian Sea, the capital of Azerbaijan with a population of more than two million people. The port was founded in the XI century and since ancient times attracted by its location — ancient trade routes from Europe to Central Asia intersected here. Over the past few decades, Baku has flourished, the main source of financing for the city is oil production. Now, looking at the large-scale construction and high-rise buildings, many compare the capital of Azerbaijan with Dubai in the UAE.

One of the iconic points of the Great Silk Road, Baku boasts a thousand-year history and unique sights.

In the south-eastern part of the old city there is the Maiden Tower, a striking example of the national architecture of Azerbaijan, preserved to this day almost in its original form. The structure was built in the style of original architecture, which has no analogues in the East, and it is included in the UNESCO World Heritage List.

Another attraction of the capital is hidden inside the fortress walls of Baku — the Palace of Shirvanshahs. This is the former residence of the rulers-monarchs of the state of Shirvan. In the XV century Baku was chosen as the capital of Shirvan, and before that the residence was located in the city of Shamakhi.

The Azerbaijan National Carpet Museum is located on Primorsky Boulevard. It was opened in 1967 and is considered the first museum in the world that tells in such detail about the history of carpet weaving, preservation and study of carpet. The oldest exhibits in the museum belong to the XVII-XVIII centuries.

Another attraction on Primorsky Boulevard is the Little Venice Park — a system of canals with bridges between them. In its original form, it appeared in Baku back in the 1960s, it had no analogues in any republic of the Soviet Union.

From Primorsky Boulevard, you can climb stairs to the territory of the Nagorny Park (the highest point of Baku). From there, a stunning view of the Flame Towers opens from the observation deck.

The Heydar Aliyev Cultural Center, an architectural masterpiece of undulating shape, also deserves a visit. It was built in 2012 according to the project of one of the best architectural bureaus in the world and the famous architect Zaha Hadid. The building has become a symbol of the new Baku.

Street cafes and restaurants will delight with delicious dishes of traditional cuisine, oriental interiors and friendly staff. Tea, nuts and dried fruits are the hallmark of many establishments. In the evening, the city is no less attractive — the flags of Azerbaijan are lit on the Flame Towers, the lights on the buildings of the central avenues are turned on, and street musicians perform in old Baku.

Baku is undoubtedly an amazing city. Worthy of visiting and learning, and we will be happy to help you with this.