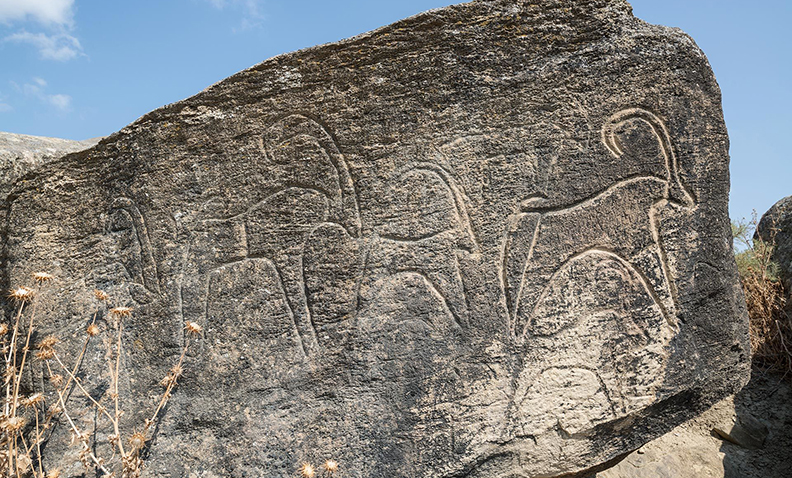 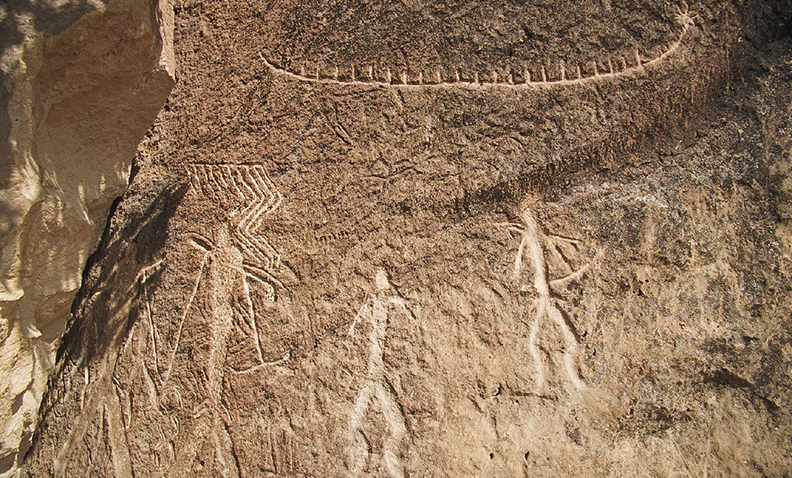 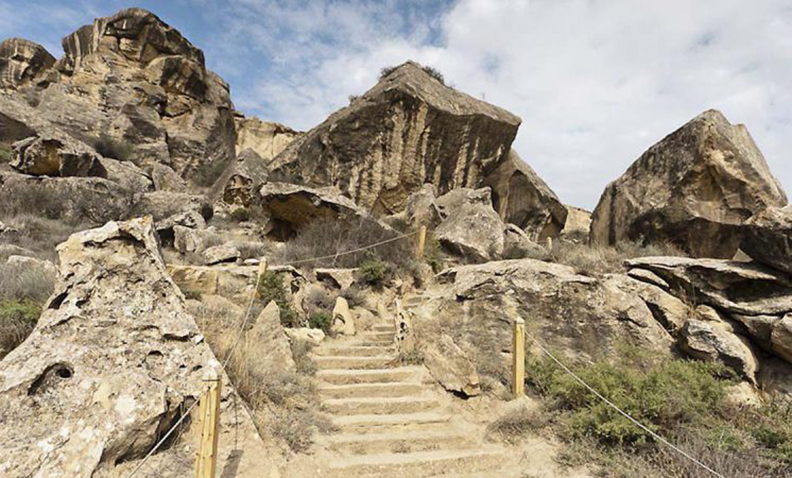 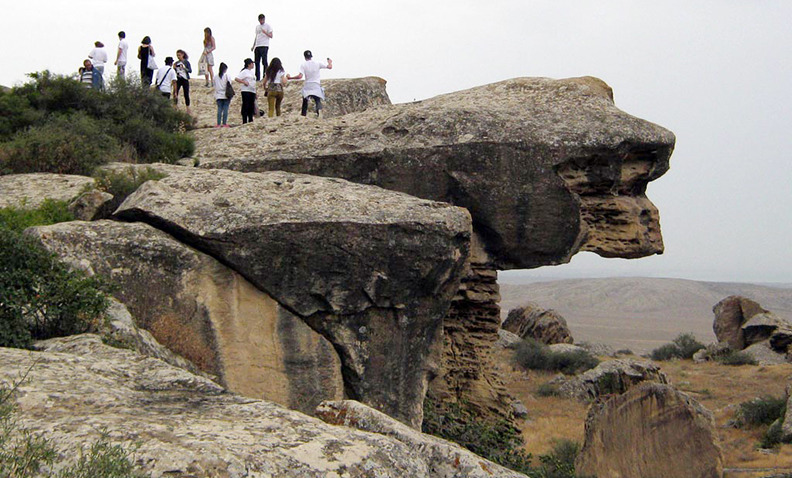 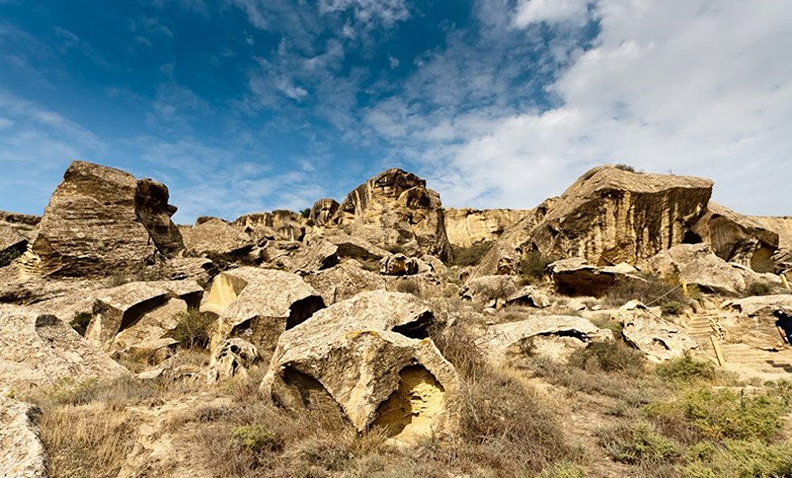 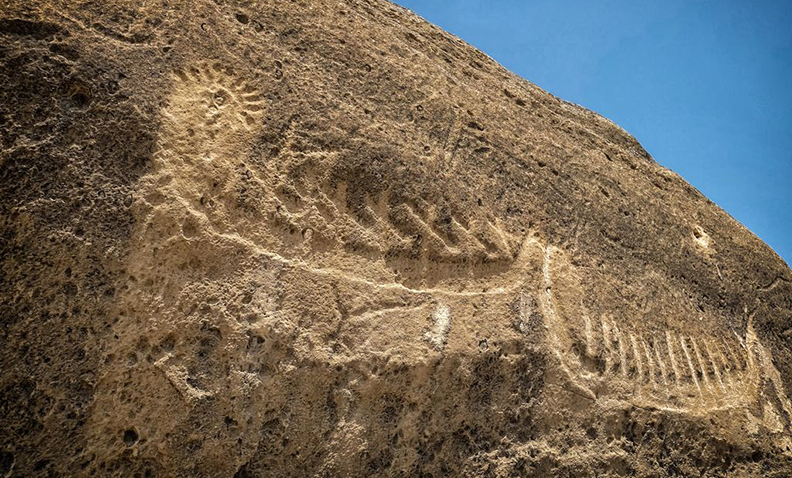 Gobustan is one of the world’s most famous historical and archaeological reserves, an open—air museum with a huge collection of priceless historical exhibits. The reserve was established on September 9, 1966.

The Gobustan Nature Reserve is especially famous for its rock paintings made during the Mesolithic period. Every year tourists from all over the world come to see with their own eyes numerous works of art once made by primitive artists. Rock carvings, the site of primitive man, tombstones and many other evidences of the past of the Azerbaijani people of the Stone Age and subsequent periods can be seen in the mountains of Gobustan Boyukdash, Kichikdash, Dzhingirdag, Shongardag and Shikhgaya. The most significant of all this list, of course, are petroglyphs carved by primitive people on the walls of caves, rocks and stone blocks.

All the rock carvings in Gobustan appeared at different times and belong to different epochs — from 10-8 millennia BC and up to the Middle Ages. There are about 6000 drawings. In terms of the coverage of such a large historical period, they occupy a high place among other rock art collections in the world.

In 2007, the Gobustan Nature Reserve was included in the UNESCO World Cultural Heritage List. Every year it is visited by hundreds of tourists from dozens of countries around the world.