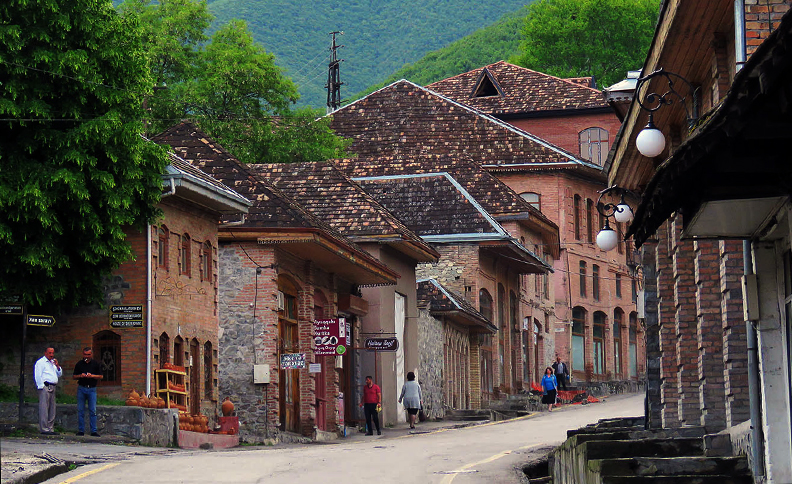 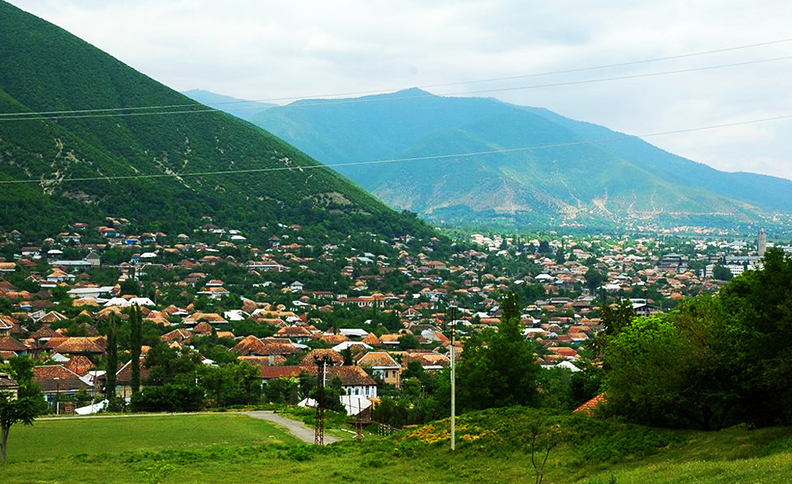 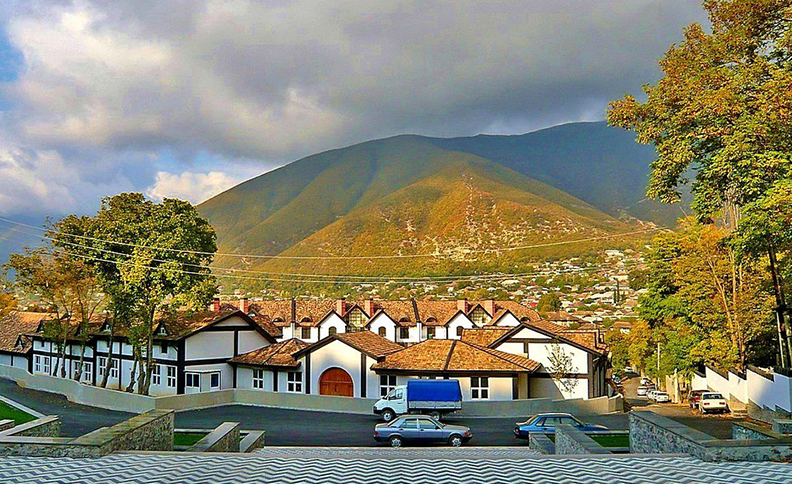 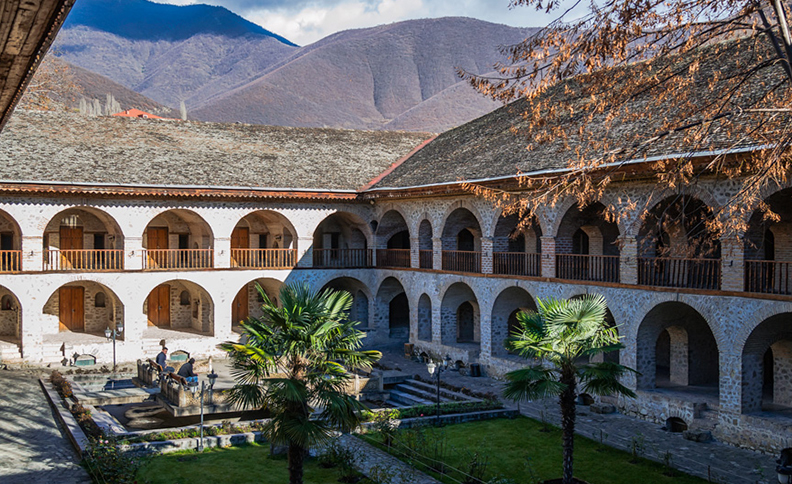 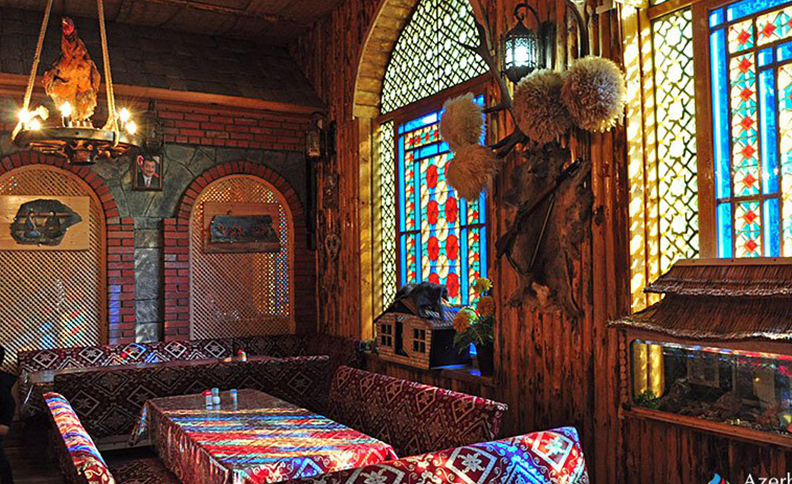 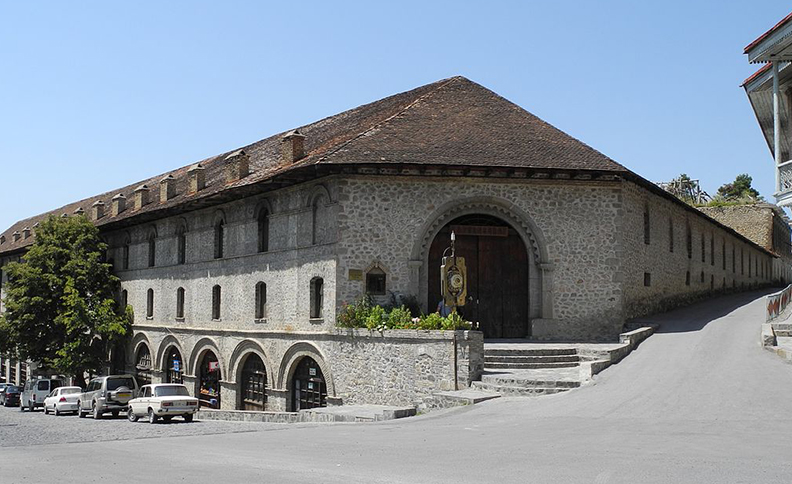 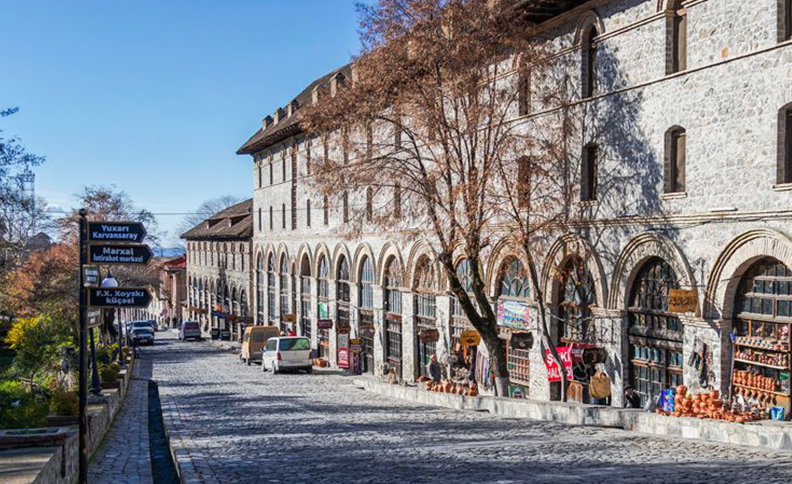 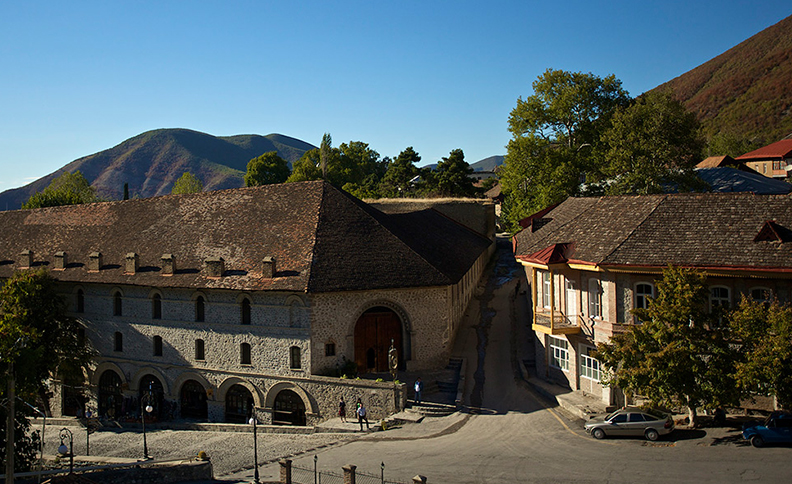 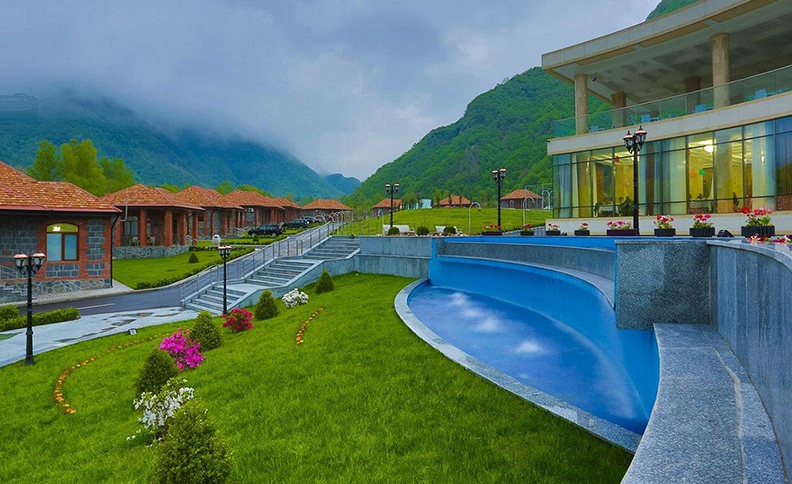 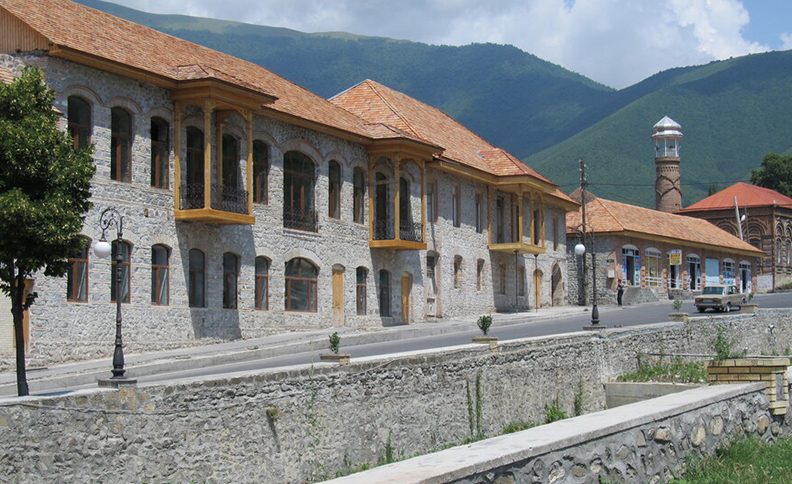 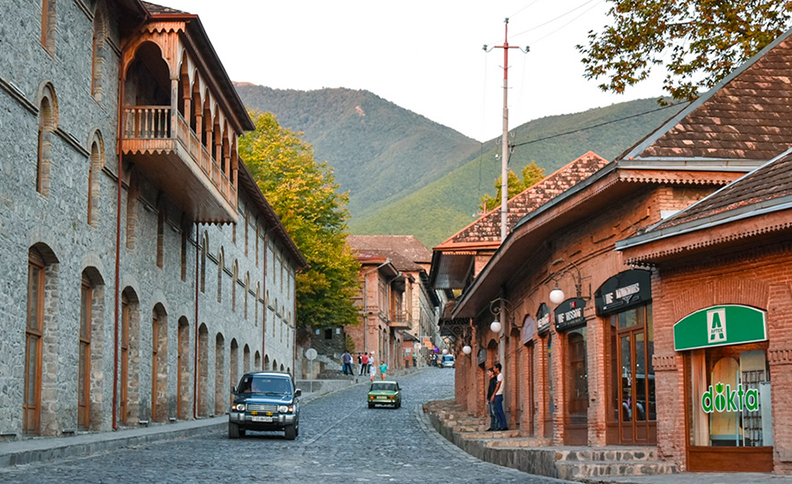 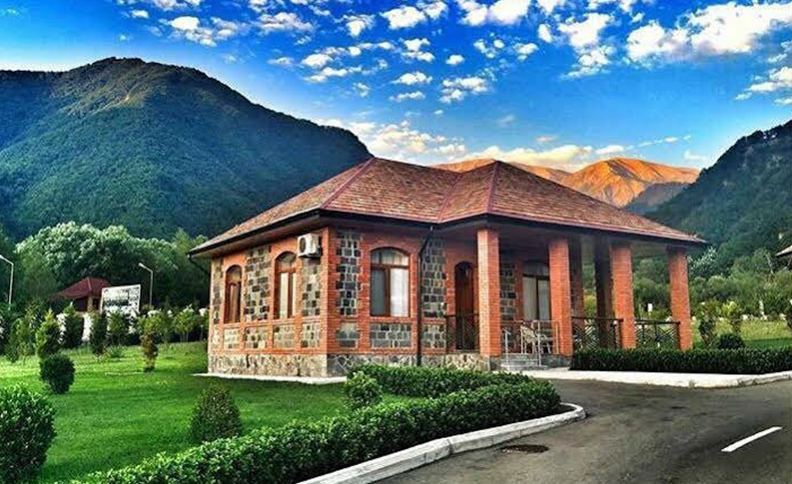 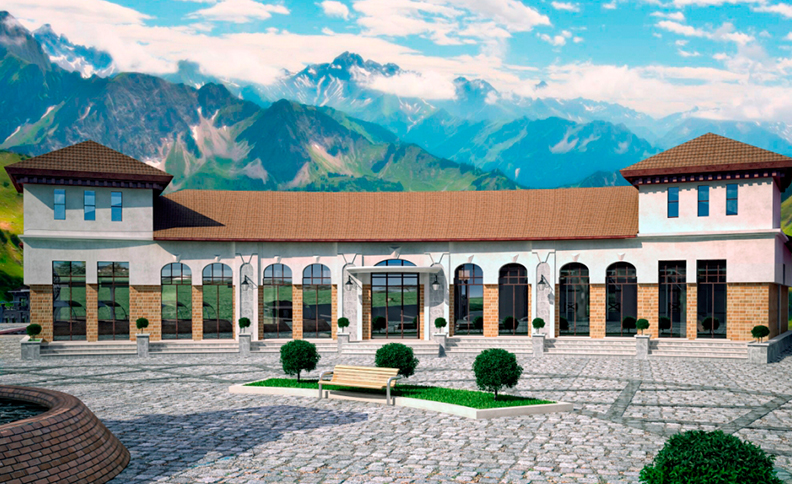 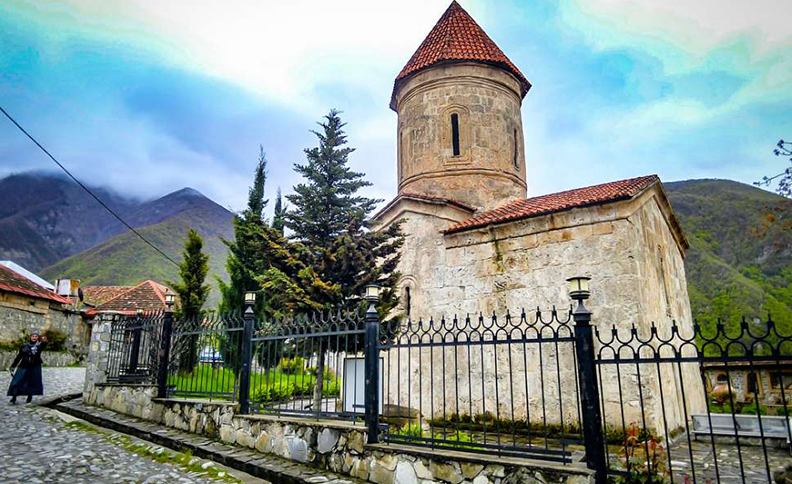 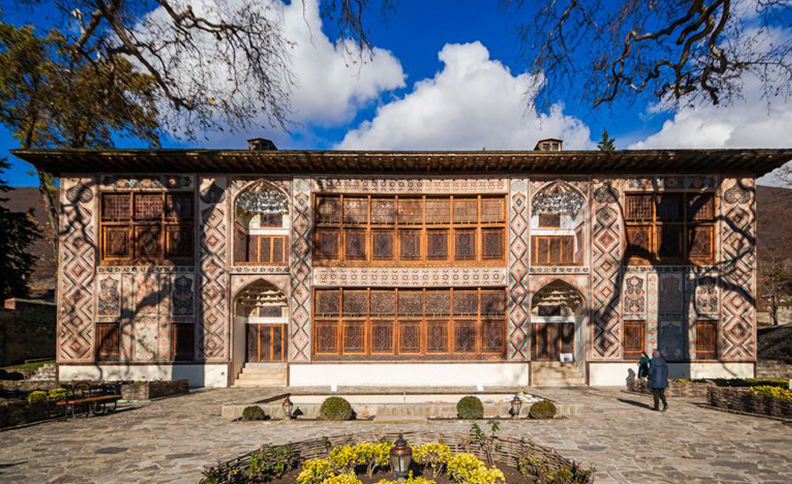 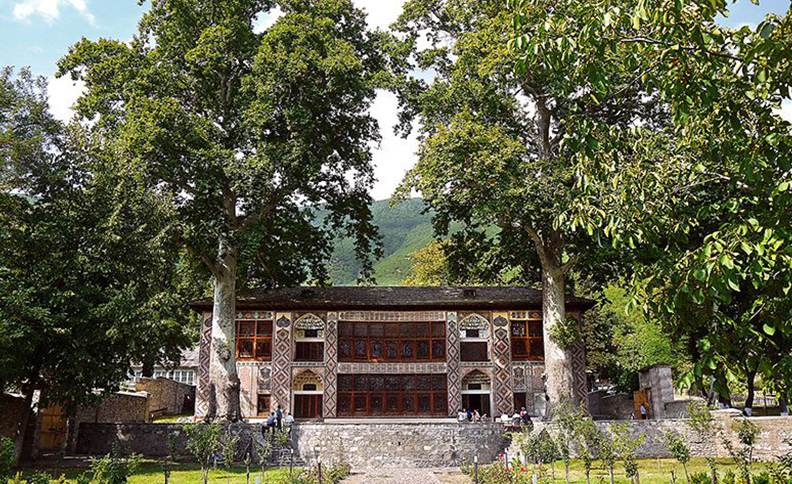 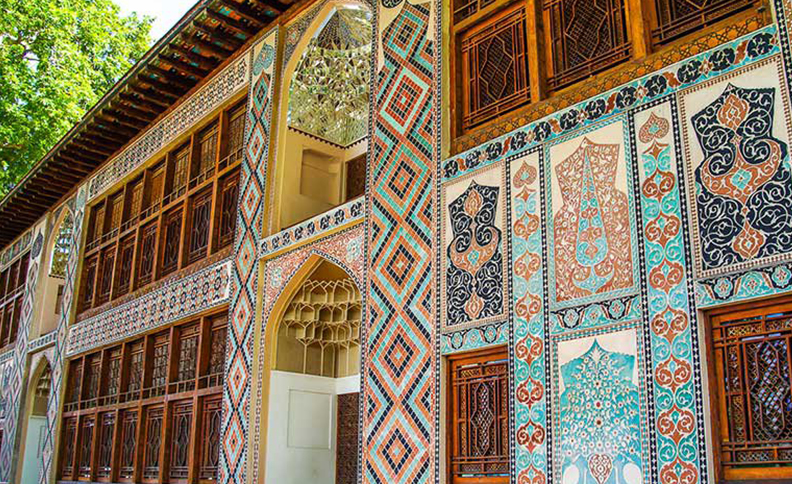 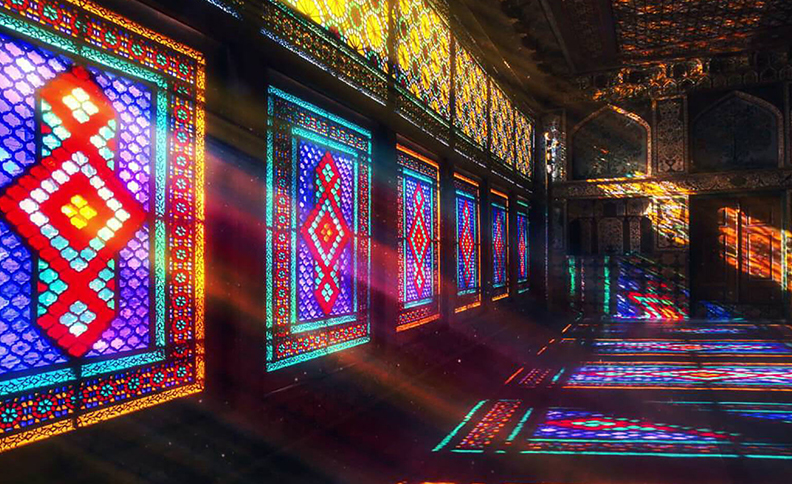 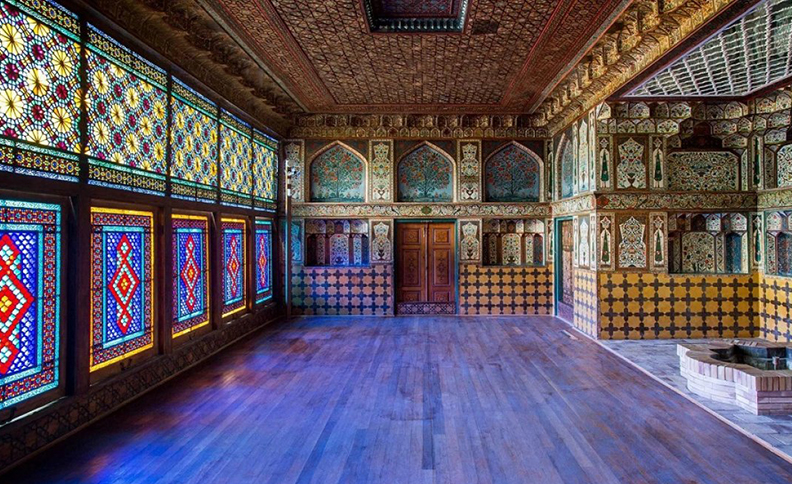 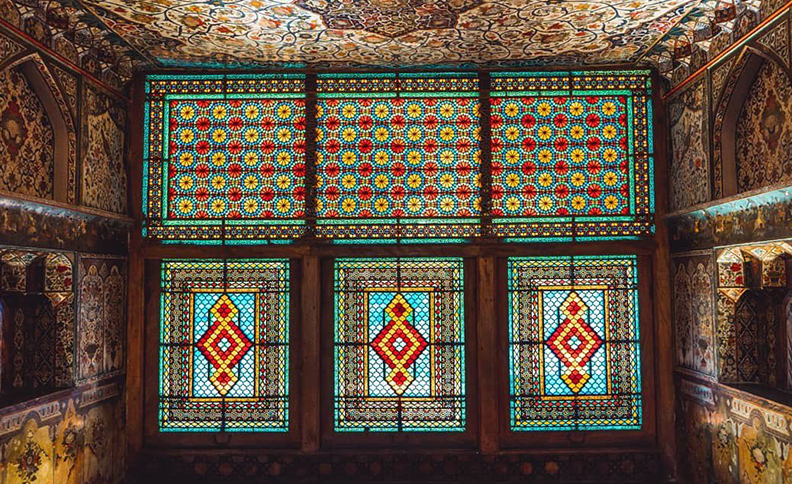 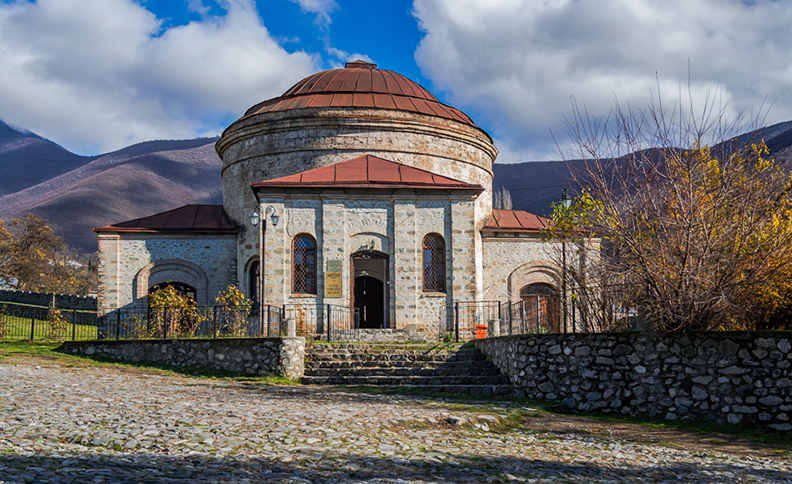 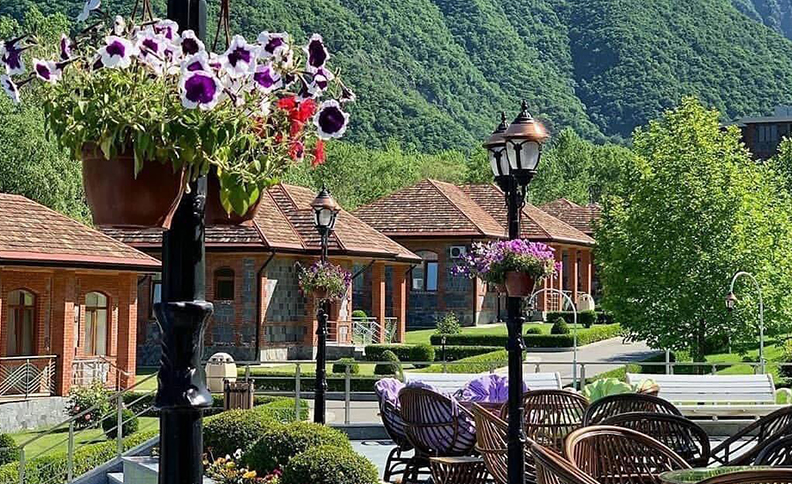 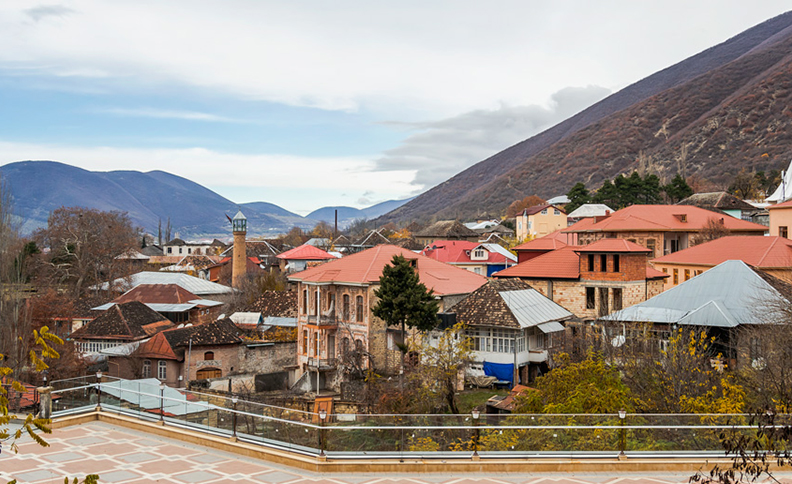 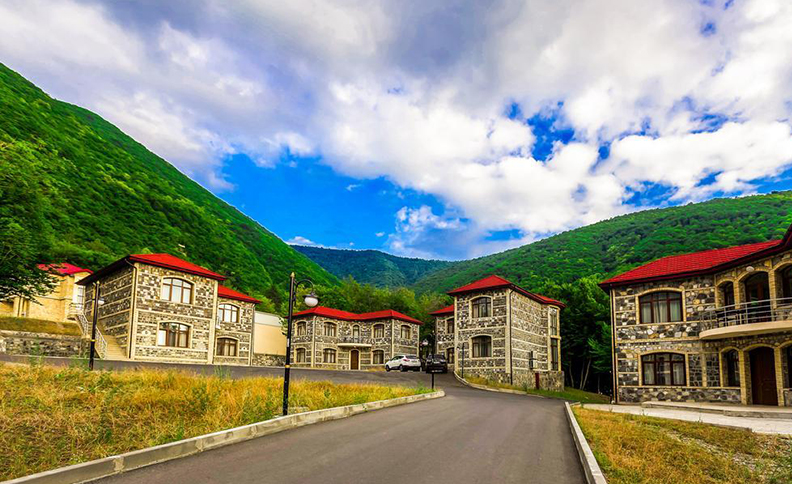 Sheki is a historical city in Azerbaijan. It is located in the southern foothills of the Greater Caucasus, 300 kilometers northwest of Baku. Sheki — a neat, well—groomed town with recognizable architecture, roofs of houses lined with red tiles – looks more like a typical European provincial settlement than an eastern city.

Sheki people by nature are very hospitable and cheerful, and local humor has long been the hallmark of these part of Azerbaijan. The city is even a sister city of the famous Bulgarian Gabrovo. And in 1983, for the first time, a “Festival of Laughter” was held in Sheki.

Archaeological evidence suggests that the city can be considered one of the oldest settlements in the Caucasus, many finds on its territory are more than 2500 years old.

Many historical and architectural sights have been preserved in the city, a special place among which is occupied by the majestic palace of the Sheki Khans, built in the XVIII century without a single nail with luxurious wall paintings and openwork windows, in a stone citadel. The Albanian temple in the village of Kish, the Gelersen-Gerersen fortress (VIII-IX centuries), numerous caravanserais, the house of the Shekikhanovs, the Juma Mosque (XVIII century), the minaret of the Gileylinsky mosque (XVIII century), medieval baths are also interesting. Sheki is a major craft center. Here you can buy jewelry and engraved products of local craftsmen. Sheki has its own theater, historical museums.

Albanian temple in the village of Kish

The tour of Sheki will begin with a church in the village of Kish – a place that has been used for pagan cult rituals since ancient times and later became one of the Christian churches of Caucasian Albania. In 2000, an avid Norwegian scientist and traveler, Thor Heyerdahl, visited the temple, famous for his research and who crossed the Kon-Tiki from South America to Polynesia on a raft in search of truth.

Palace of the Sheki Khans

The next stop on this tour will be the Palace of the Sheki Khans, built in the 18th century. The windows of the palace represent the architectural style of shebeke, which will amaze you with multi-colored glasses embedded in the most complex ornaments, in the assembly of which neither glue nor nail was used.

On the Great Silk Road, which connected East Asia with the Mediterranean in ancient times and in the Middle Ages, there were caravanserais – holiday homes for merchants. Feel like a traveler of the distant past, because the next stop will be the caravanserai in Sheki, built in the 17th century.

Sheki from a bird’s-eye view

At the end of the tour you will climb to the Sheki Park dedicated to the Great Patriotic War, where you will be able to admire not only the majestic memorial of the victory over fascism, but also you will have a panoramic view of the entire ancient city of Sheki.

During this tour, you will also visit a number of ancient shops where you can not only buy Sheki silk, souvenirs, dishes, jewelry and much more, but also taste Sheki sweets, which are famous not only for their unique taste, but also for their elegance, because these culinary masterpieces are the work of whole generations of Sheki halvats, transmitting manufacturing techniques for centuries.

Visit the grand locations that Azerbaijan have to offer!
Contact us @ Russ InfoCenter To Book 7-Day/ 6-Nights tour and many more tour packages from India to Azerbaijan
Fill the form below and we’ll get back to you right away!