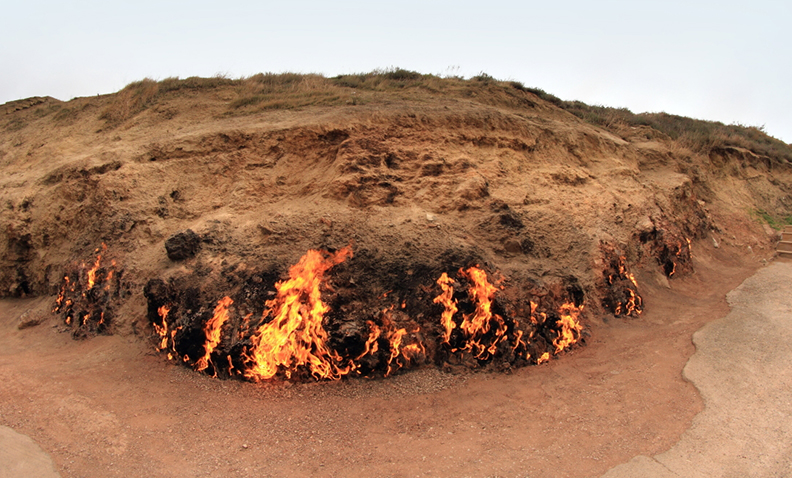 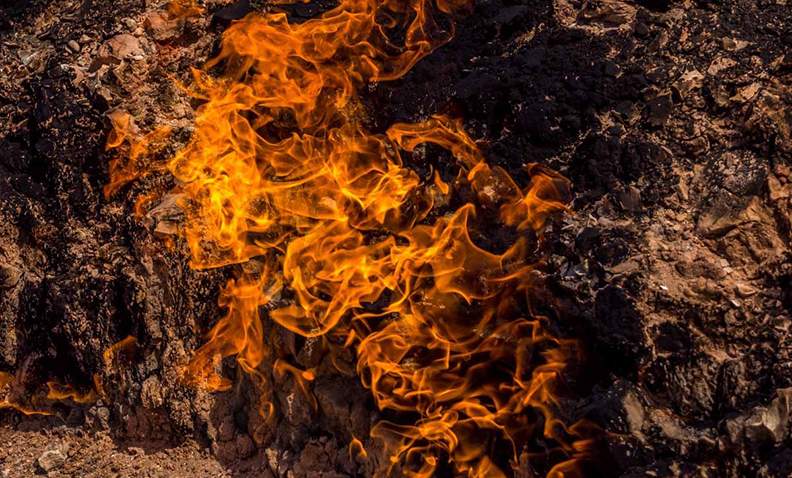 Yanardag (burning mountain) — a natural eternal flame burning since ancient times on the hillside in Azerbaijan. A meter—long flame about ten meters wide goes up from the crest of Yanardag, a limestone hill located 27 km north of Baku at the foot of the hill. There are several other similar objects known in the world: Chimera in Turkey, Burning Mountain in Australia, Yangantau in Bashkiria and smoking coal mountains in the Amur region of Russia.

Yanardag’s natural eternal flame is caused by a leak of combustible natural gas from a large deposit under the Absheron Peninsula. The ignition of this fire occurred in ancient times. It was also reported by Marco Polo.

These fires are most clearly visible at dusk. Such lights are the object of worship of supporters of Zoroastrianism.

The fire coming from Yanardag Mountain does not stop burning. The streams of Yanardag are known as Yanar Bulak — “burning springs”.