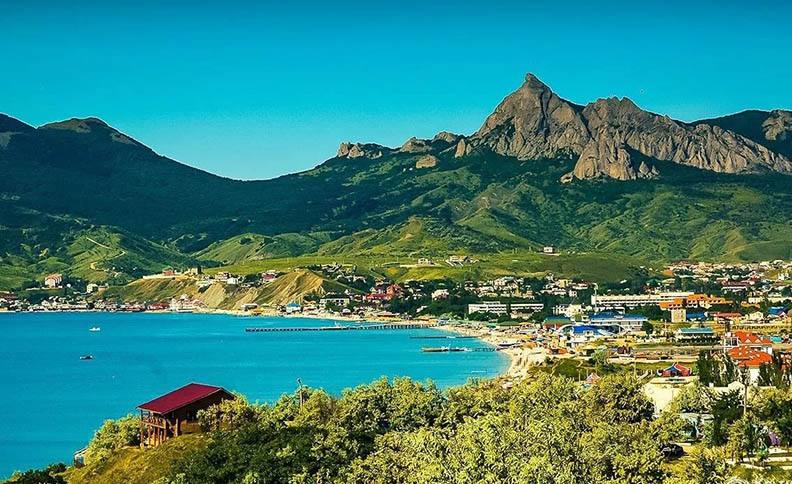 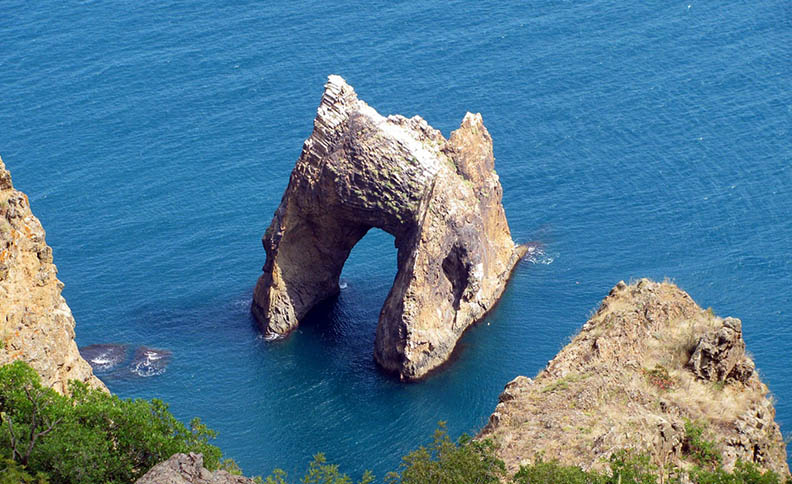 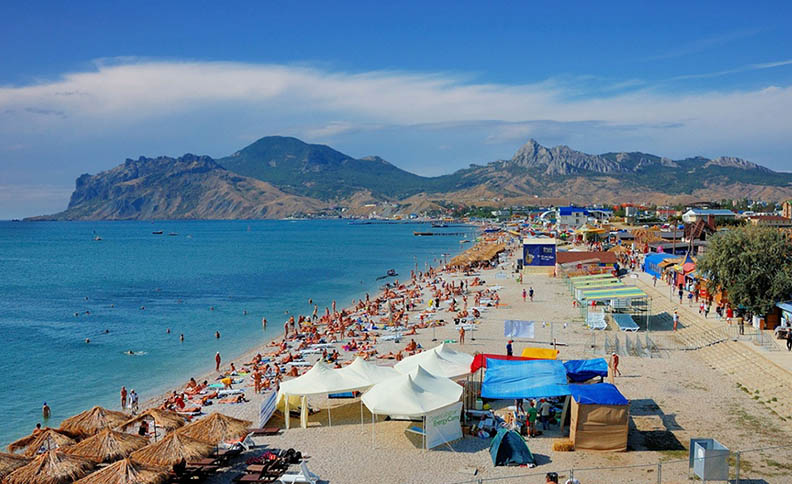 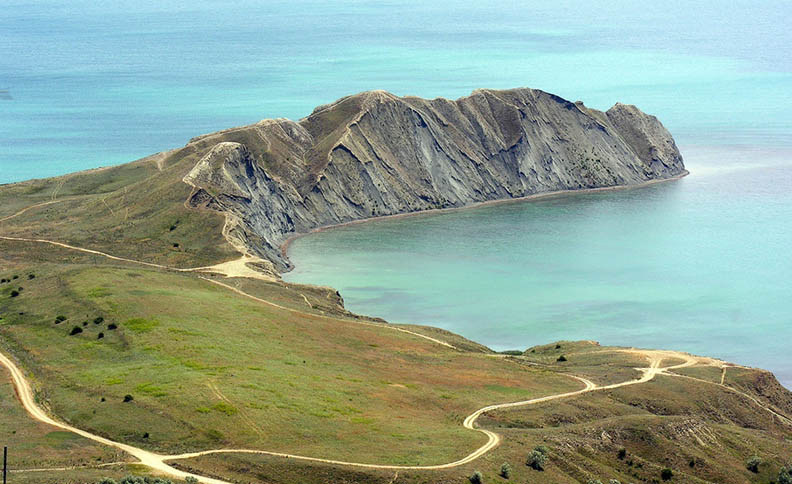 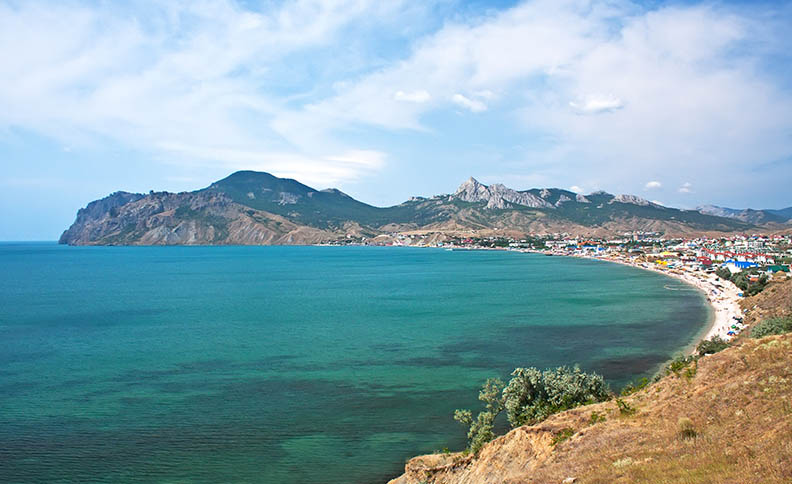 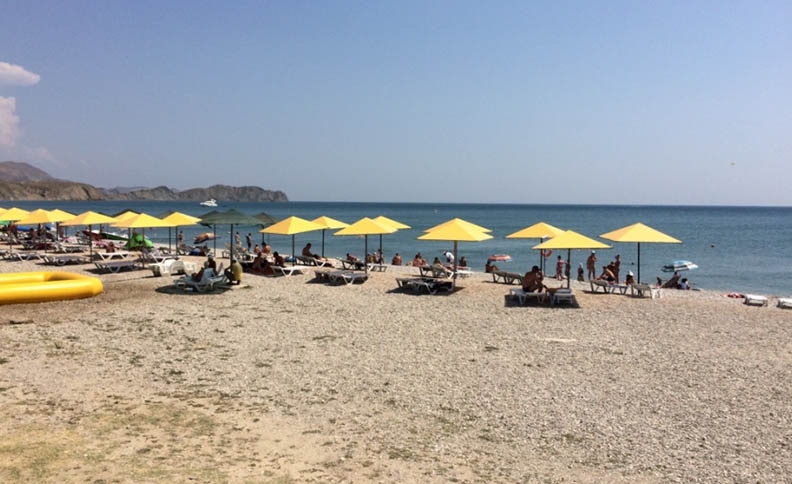 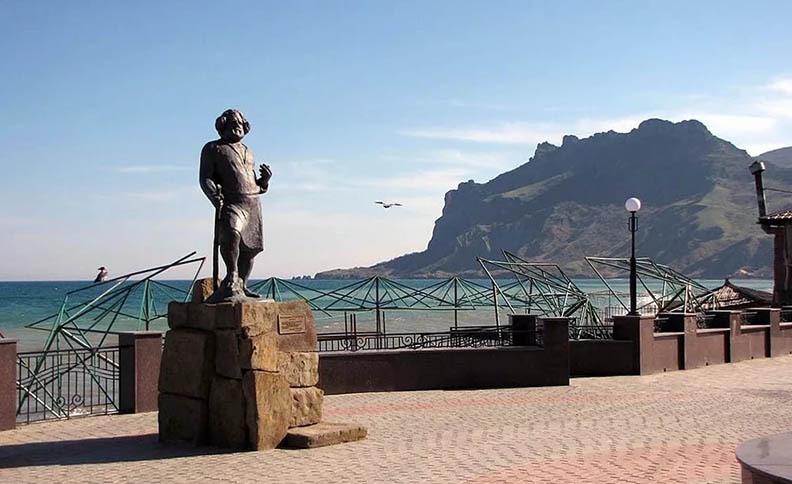 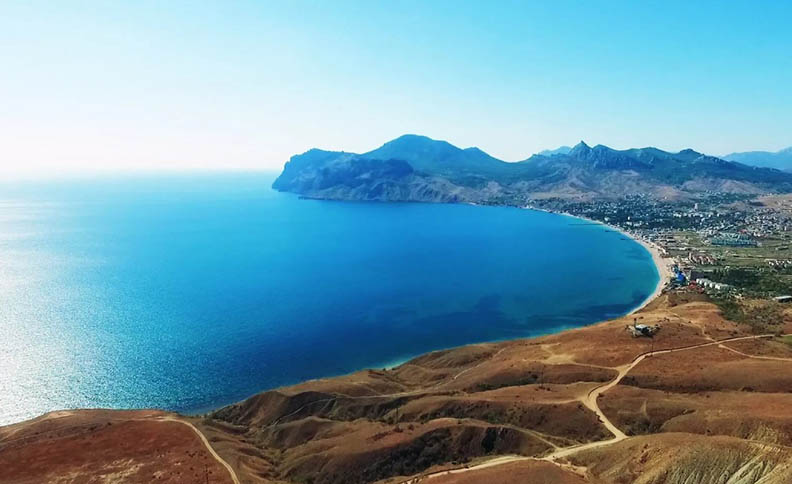 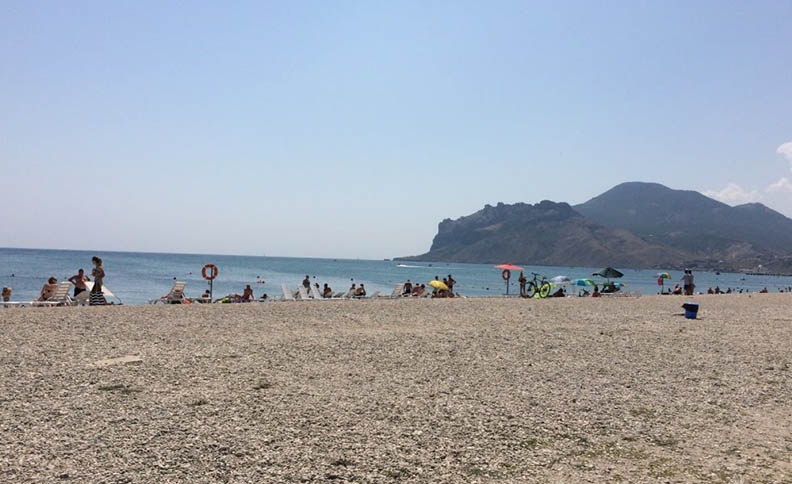 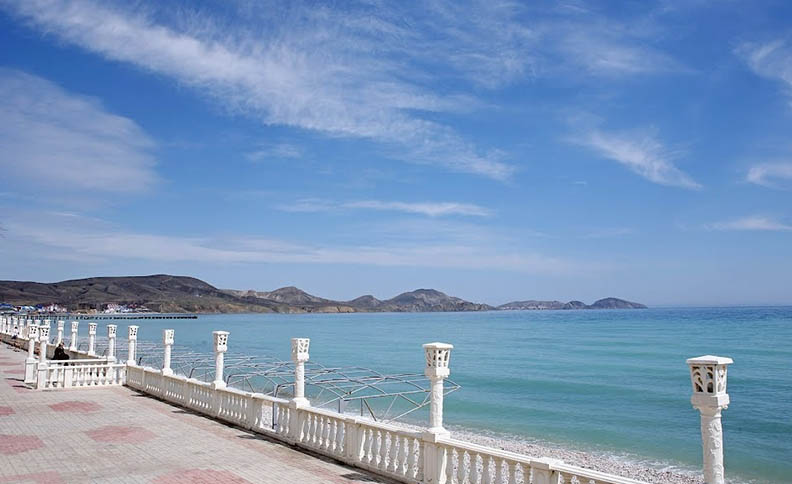 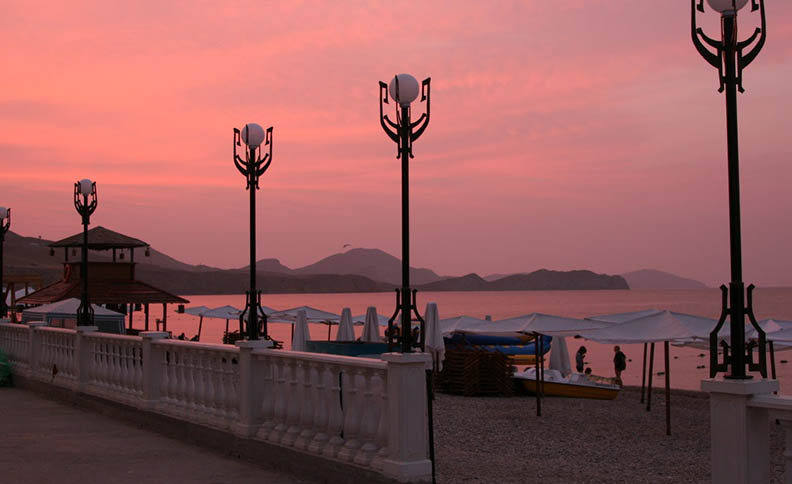 Changes came to this place only in the last century, when Eduard Andreevich Junge, a St. Petersburg eye doctor, bought a plot of land on the shore of the Koktebel Bay, and then sold it as cottages to academics and professors. One of the customers was Maximilian Voloshin’s mother, Elena Ottobaldovna.

From this moment on, Koktebel becomes a center of attraction and a place of pilgrimage for the creative elite: writers, poets, musicians and artists who belong to Maximilian Voloshin’s inner circle.

Today, Koktebel is known for its informal and light atmosphere and is one of the best places in Crimea where a person can relax not only with their body, but also with their soul.

The surrounding area of Koktebel is deservedly considered one of the most picturesque places in the Crimea. It is at this point that the steppe turns into mountains, rising above the surface in asymmetric mounds and forming bizarre shapes that resemble lunar landscapes, but are much more colorful and bright. Beaches, bays, streets, and the waterfront — everything is combined here in some kind of elusive harmony. All beaches of Koktebel are covered with small pebbles, but then, when entering the water, you can find a comfortable sandy bottom. The main swimming area with standard infrastructure stretches along the city’s waterfront. Outside of the town, there are many wild beaches in small bays that are popular with campers, in dead and quiet bays, as well as at the foot of the Kara Dag. The total length of the coastline is about 4 km.

Koktebel is primarily a Karadag nature reserve — a natural area of amazing beauty, spread out in the vicinity of the Kara-Dag volcanic massif. This is the legendary Golden Gate rock, the symbol of the resort city and one of the most important natural attractions of this area. It had once been a solid rock, but the winds and waves had cut a hole through it over the centuries, turning it into an arch. Officially, you can only get here as part of an organized tour or admire the cliff from the sea — local owners of boats and vessels will be happy to take tourists to the Golden Gate for a fee.

Sights of the village are the house-Museum of Maximilian Voloshin and a monument to him on the embankment, a monument to the soldiers of the Koktebel landing. For entertainment, there is a Dolphinarium, water Park, a Dinotherium. Adults will be interested to visit the factory of vintage wines “Koktebel”. Even in ancient times in the vicinity of Koktebel people engaged in winemaking, but industrial production was established only in the 19th century. Today, the plant produces dry, fortified and dessert wines from local grape varieties.

A separate line in the history of Koktebel is the history of Aeronautics. In the vicinity of Koktebel there is a unique Gora Klementeva. The official name of the mountain is Uzun-Syrt, which means “long ridge” in Turkic. It is a small hill 268 meters above sea level. The place is unique in that it creates special ascending air flows, which made it possible to develop hang gliding, paragliding. Until 1977, there was a flight school. In 1924, Pyotr Klementyev crashed on the mountain during a competition, falling from his glider from a 500-meter height. After that, the hill was called by his name.

The observation platform “Starfall of Memories” with a stone rotunda, located on the top of mount Koklyuk in the vicinity of Koktebel, also attracts the attention of tourists. It is often called the “Arbor of the winds” due to the fact that it is blown from all sides by air currents. It offers a magnificent view of the mountains, the valleys lying among them and the sea. You can get to the site on foot, leaving your car on the highway, or by bike, but you will have to constantly pedal uphill.

Another natural attraction of the village is the Cape Chameleon. The Cape is the natural border between Koktebel and Quiet Bay. It got its name due to its ability to change colour depending on the time of day and the intensity of sunlight. Optical metamorphosis can occur up to 20 times a day. The colour changes from bluish-grey in the morning to Golden-orange in the rays of the setting sun. Before the Cape was called “Torah-Kai”, which means “clay mountain”.

The beach Davis” is located near the resort center of Koktebel, which is convenient for those who after a walk along the embankment decided to cool off from the summer heat.

The beach area offers a beautiful view of the protected Kara-Dag volcano. The beach consists of large smooth pebbles.

You can get to the beach on the city bus “Feodosia-Koktebel-Biostation” to the stop “Gas Station”. The beach is open from 8 am to 8 pm.

Visit the grand locations like Koktebel and its Beaches and loads more that Russia has to offer!
Contact us @ Russian Info Center to Book  Russia Tour
Choose from flights ex Delhi, Mumbai & Calcutta