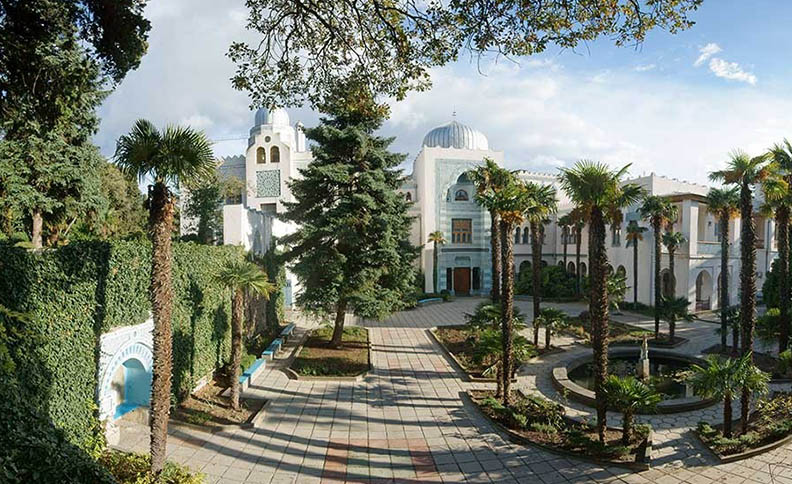 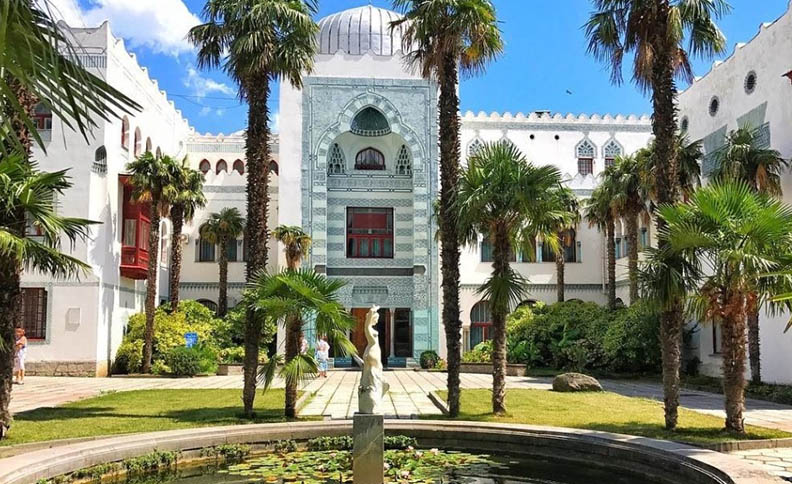 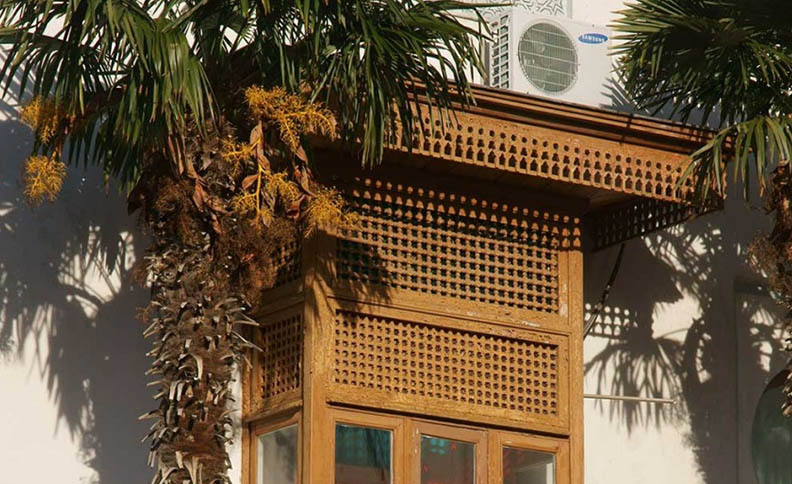 The Dulber Palace in Crimea is the estate of Grand Duke Peter Nikolaevich Romanov, the grandson of Nicholas the First. A magnificent, beautiful Moorish-style Palace, very well preserved to this day, welcomes tourists in Koreiz. Built in 1895-1897, it is an asymmetric two-to four-story building with more than 100 rooms. Volumes of different heights are crowned with crenellated parapets, silver domes, and carved stone inserts and mosaic compositions stand out on the white surface of the Palace walls.

A model for imitation were the monuments of Arab Egypt of the 15th century, which the Emperor was inspired by while traveling in the middle East. In particular, the entrance facia of the Palace resembles the entrance to the Cairo mosque, the tomb of Kait Bey.

It also attracts the territory of the Park, which is located here-literally from the main gate to the sea. Numerous gazebos, sculptures, fountains and pools with water lilies..

The Dulber Palace was the home of the Romanovs, after they were allowed to return to Crimea after the February revolution. In 1917, the Crimea was dominated by the Soviet government, and the Romanovs were constantly “under the gun”. It was here, in 1917-18, under the protection of the Sevastopol Commissar ZADOROZHNY, that a real fortress was built, which sheltered the Romanov family until their emigration. After the arrival of Soviet power, the Palace was nationalized, and on its territory is located the famous sanatorium of the same name in the Crimea, which in the Soviet years was improving the health of prominent political figures.