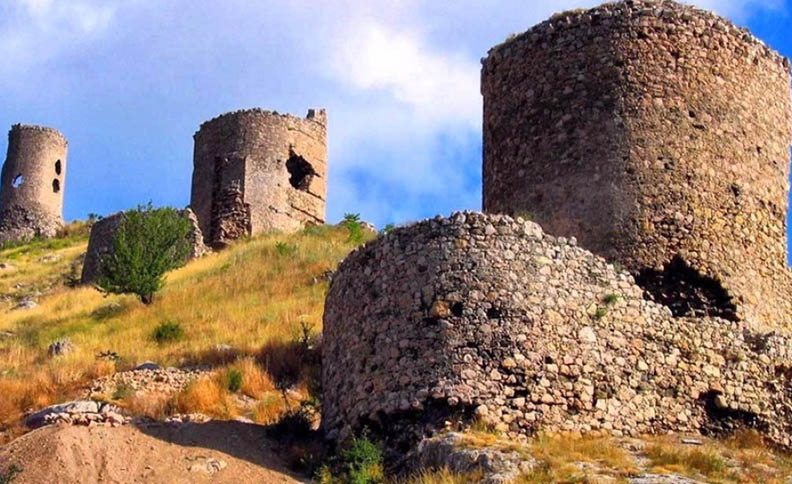 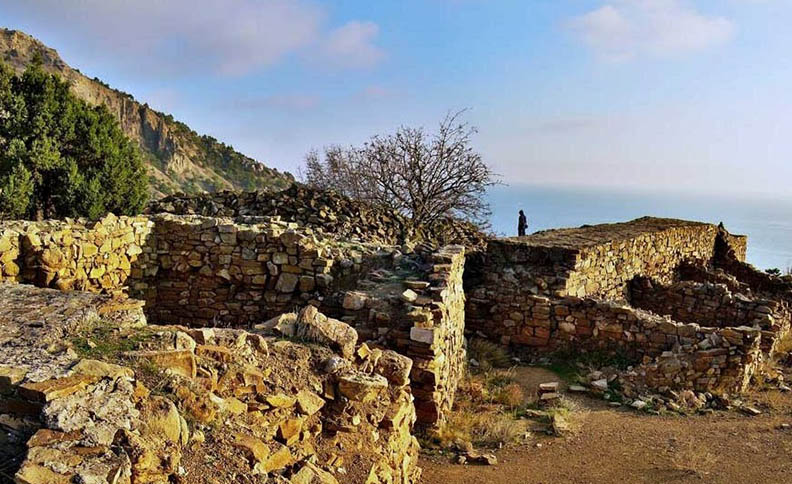 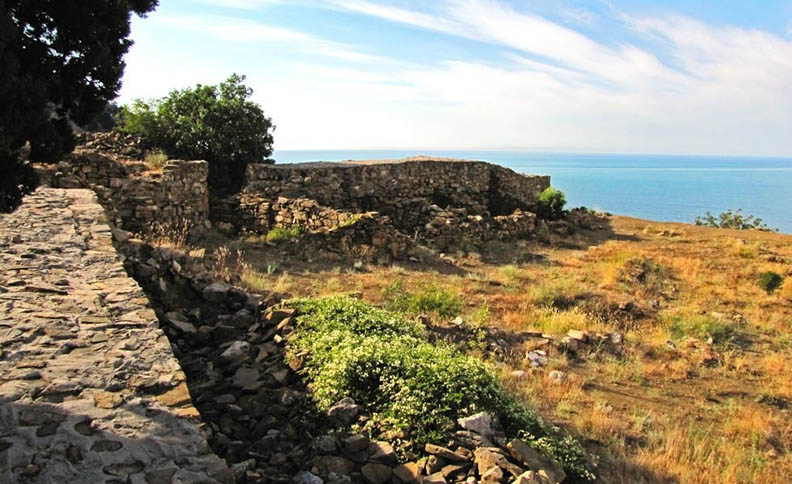 The Kutlak fortress of the second half of the First Century BC is the oldest preserved fortification on the entire coast. The fortress is located near the village of Veseloe in Crimea. And, although only a small part of the fortification has been preserved to this day, it still deserves to be noticed.

History of the Kutlak fortress This attraction also has a name – Bosporus, since it appeared to protect the Kingdom of the same name from attacks by pirates from the sea and the raids ofrom the Taurus mountains. The founder of the fortress on the plateau on the Western side of mount Karaul-Oba was the Bosporan ruler Asander so there is another name, Asandra fortress. It is assumed that the number of the garrison here was about one hundred people. The defensive functions of the Kutlak fortress were performed not for long (about 60 years). By the beginning of the new era, it was abandoned and gradually began to collapse. The archaeologist I. A. Baranov first discovered the ancient ruins in 1982.

The fortress of ancient times is a monument of ancient military engineering art. Served in the fortress, probably Bosporan mercenaries who were hired from the population of Feodosia or persons of non-Crimean origin. Supplies came from Feodosia by sea.

The fortress did not last long. It was probably built during the reign of the Bosporan king Asander, who was concerned about the security of his state and paid great attention to strengthening its borders. After about 60 years, the garrison left its home for some unknown reason. Moreover, the soldiers left it rather hastily, leaving many of the household utensils in place.

The fortress is convenient for tourists who plan to visit the reserve “New World”, if their walking route begins or ends here.