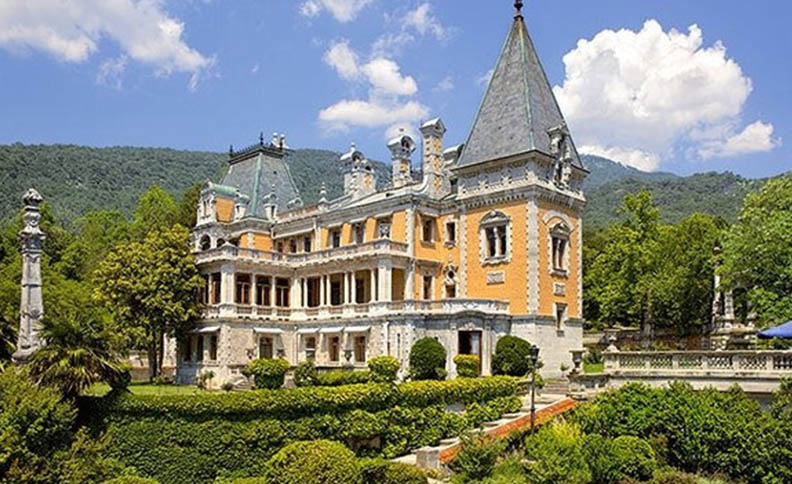 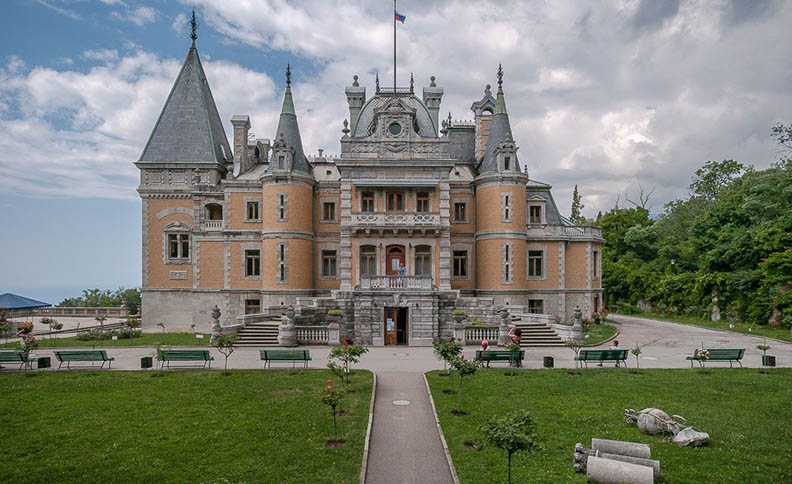 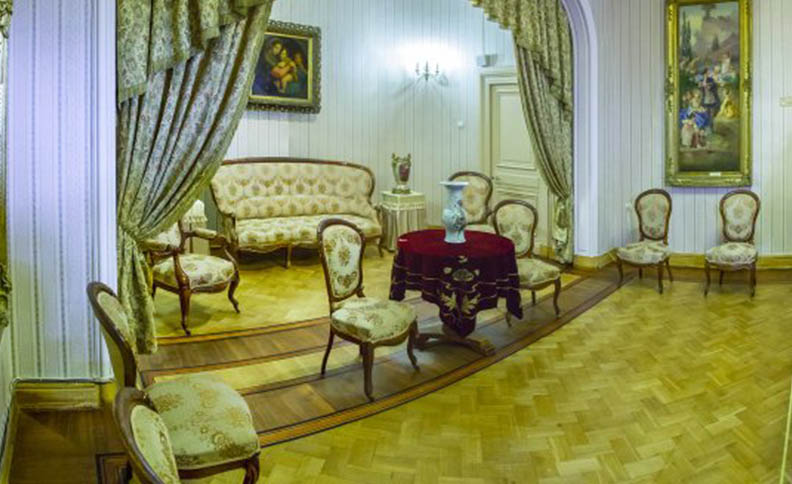 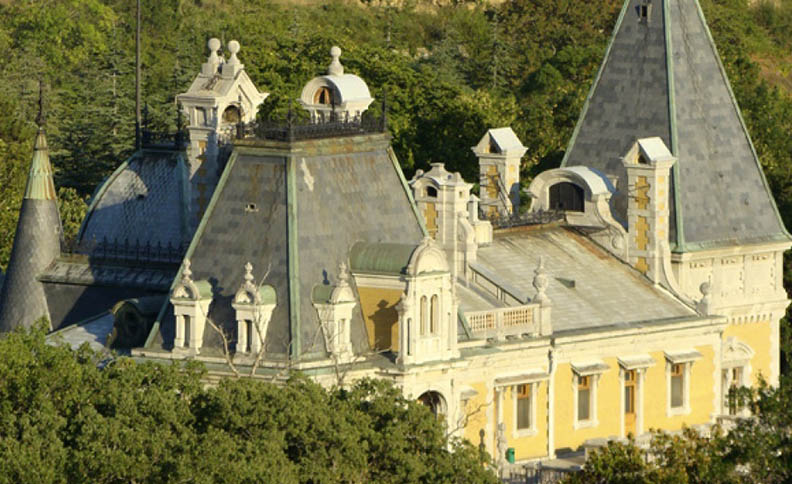 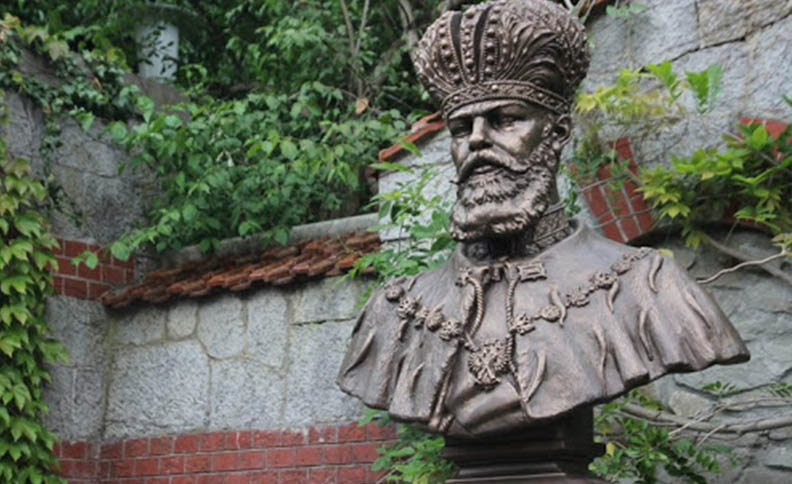 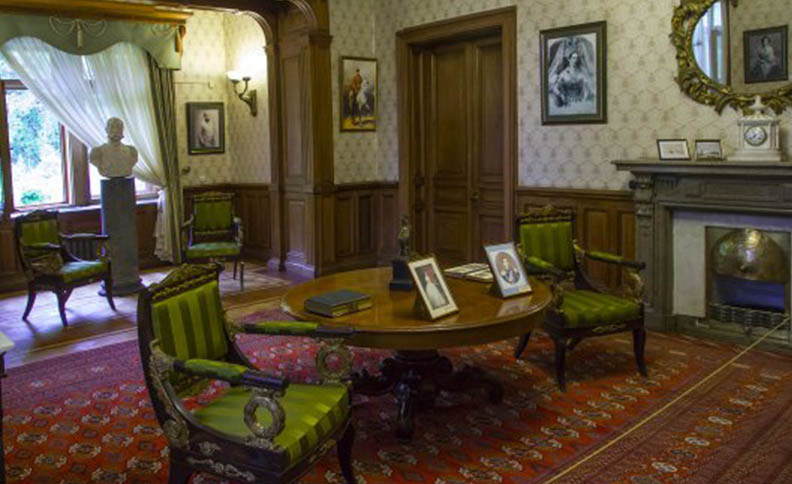 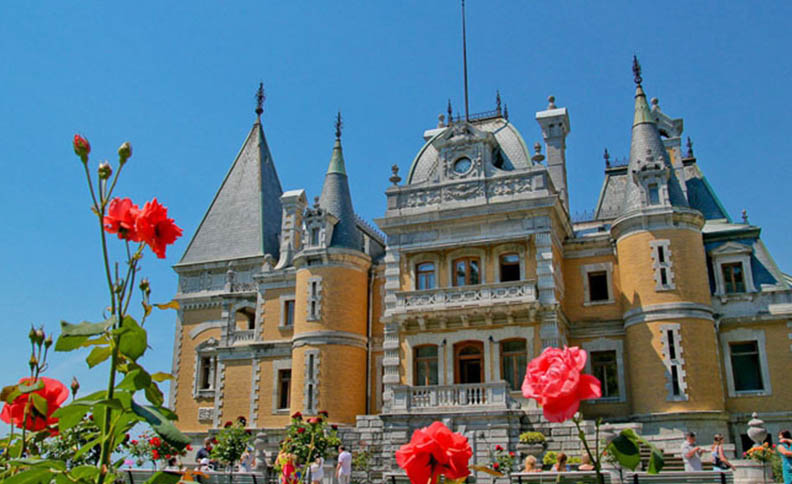 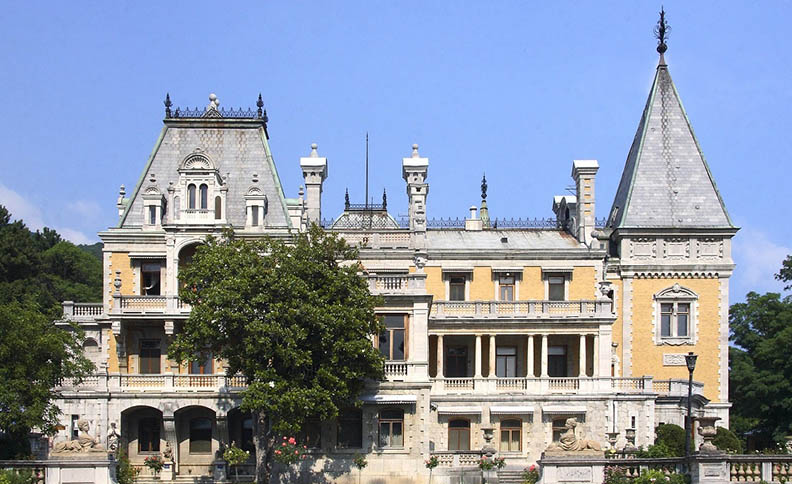 In 1828, the Alupkin estate of count M. S. Vorontsov included the estate of Massandra, which occupied the territory from the sea coast to the mountain ranges. An English Park was established in Lower Massandra. It perfectly combined blooming fields with picturesque groves of subtropical trees-pines, cedars, magnolias. The extensive rose garden contained up to 900 varieties of roses. Planting of Araucarias were the largest in the Crimea.

Above the Park was the Middle Massandra, were the orchards, vineyards, and tobacco plantations. Here, on The order of M. S. Vorontsov, a wine cellar was built in the 1930’s, where the glory of Massandra wines was laid. Upper Massandra was intended as a kind of landscape reserve. Luxuriant meadows rose in vast terraces to the very foot of the mountains, and deciduous forests alternated with pine, juniper, and yew. Against their background, gray blocks of rock with mysterious stone grottoes stood out picturesquely. It was here that the manor house was built with a high plinth and an open gallery.

The project of Massandra’s Palace-castle was based on the famous French castles located along the Loire river valley. In 1881, the first masonry of the Palace was made. However, due to the death of first the architect, and soon the customer himself, the work was suspended for ten years.

After the death of S. M. Vorontsov, Alexander III acquired Massandra in 1889 and commissioned the architect M. E. Mesmakher to build the Palace. The architect is actively involved in the work, the construction is proceeding at a rapid pace, but the sudden death of the Emperor (1894), and later a rather cool attitude of Nicholas II to the financing of construction, pushes its completion to 1902.

The Palace was built for 20 years. The Palace was used by the Royal family as a place of summer recreation. The place itself with a fairy-tale castle and Park has become extremely popular among residents and tourists in the Crimea. At the beginning of the century, “extremely interesting excursions” were held here, in the words of the local newspaper “Yalta voice”. After the revolution of 1917, the Palace was used as a sanatorium, for a long time it was part of the system of state dachas, and in 1991 it became the Museum of Alexander III.