Palace of the Emir of Bukhara 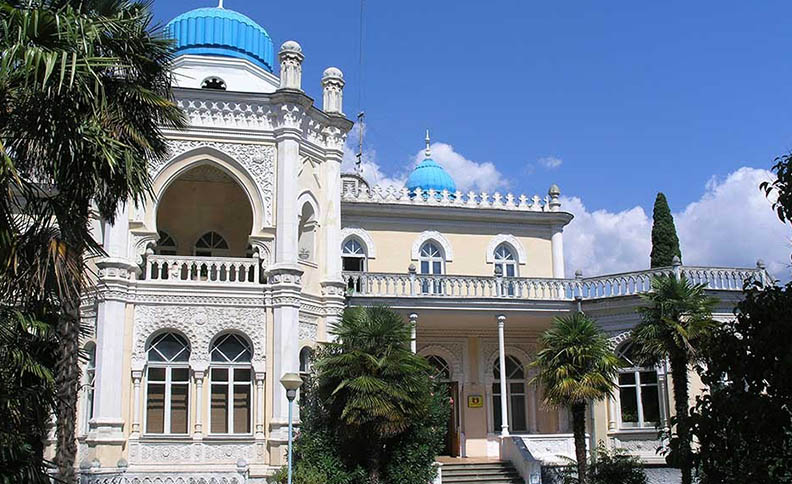 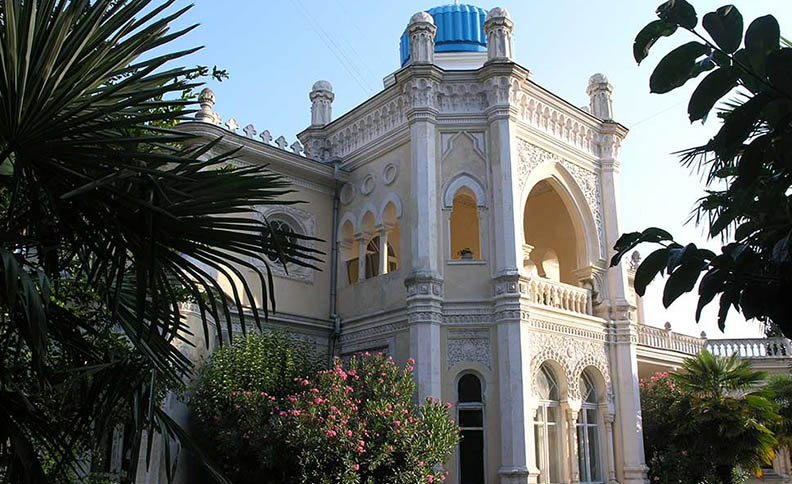 The Palace of the Emir of Bukhara in Yalta is a building that is one of the most popular historical monuments of the Republic of Crimea. The Palace is an architectural heritage of the 19th century, and it is not intended for mass visits by tourists.

The architectural monument was built in 1907-1911. The author of the project Tarasov used plastic techniques and decorative elements of Muslim architecture in North Africa.

The Palace also has terraces, loggias, porticos. Among other distinctive features, you can see decorated columns. The domes with cornices of the Palace, as well as refined window openings, do not remain without attention. To get to the Palace of the Emir of Bukhara, you first need to climb the stairs, at the end of which there are sculptures of lions, which at that time were considered luxury and wealth. The color scheme of the facade has soft muted tones, and the interior decoration has bright colors: red, blue, green.

The two-story building is characterized by an asymmetric composition, a combination of rectangular, faceted and semicircular volumes, porticos and terraces, loggias and belvedere. Elegant against the background of white stone walls overlooks openwork carving of columns with exquisite capitals, balustrades, frames of horseshoe windows and a crenellated parapet over the cornice.

Who is the Emir of Bukhara

The Emir of Bukhara, whose name was Syed Abdul Ahad Khan, the ninth Emir of Bukhara from the Uzbek dynasty, came to the throne in 1885 and became famous for being a very prudent ruler of that time, it was he who declared invalid prisons in the basement, imposed restrictions on the death penalty, freed people from open punishments in public, and generally gave the impetus to the country’s prosperity.

In 1904, as a reward for his great work, the Emir of Bukhara was awarded the title of honorary citizen of the city of Yalta for his contribution to the improvement of the city. Syed Abdul Ahad Khan was delighted with Yalta, which allowed him to build a large hospital in Yalta and transfer it to the city’s property, help with the transformation of the embankment, regularly invest in improving the city, and sponsor a warship, which was then named part of the Emir of Bukhara.

Visit the grand locations like Palace of the Emir of Bukhara and loads more that Russia has to offer!
Contact us @ Russian Info Center to Book  Russia Tour
Choose from flights ex Delhi, Mumbai & Calcutta