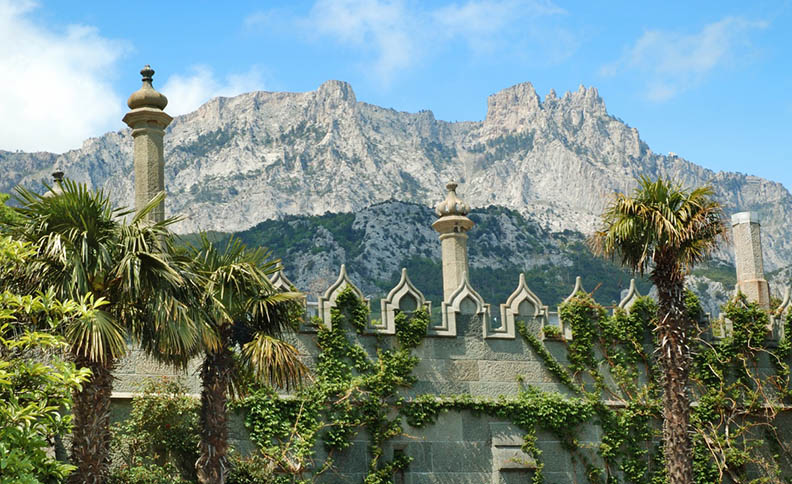 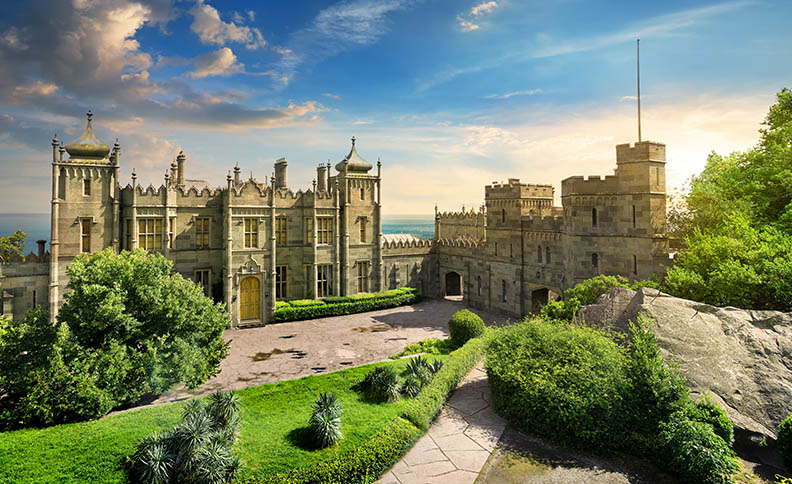 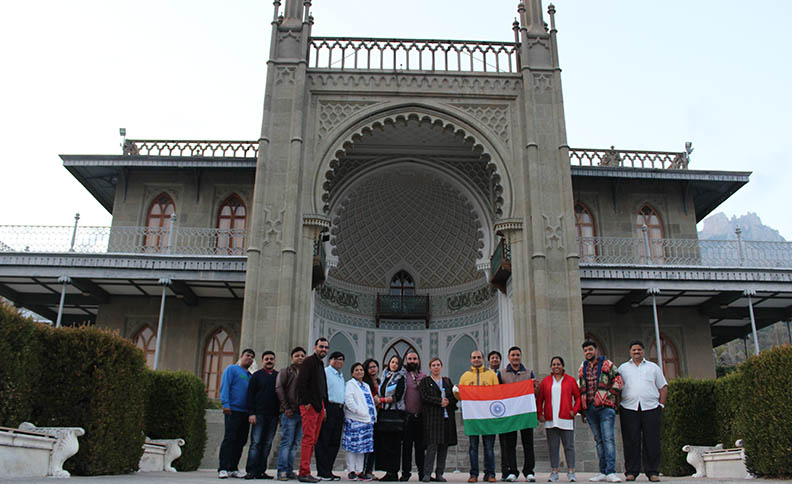 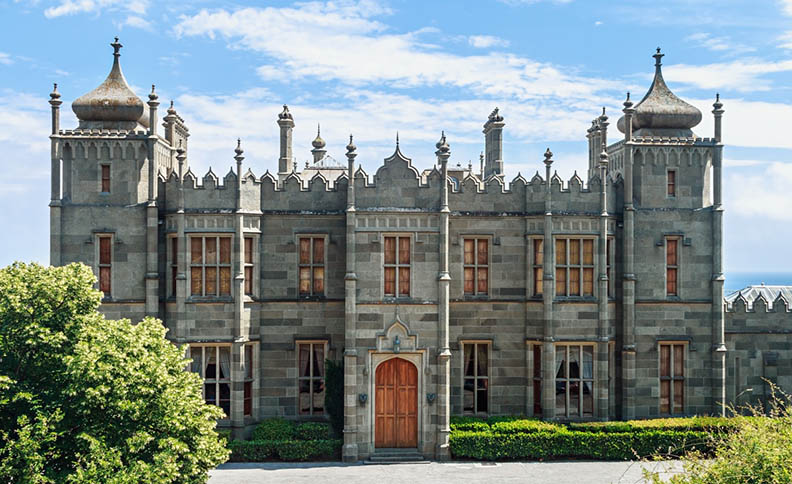 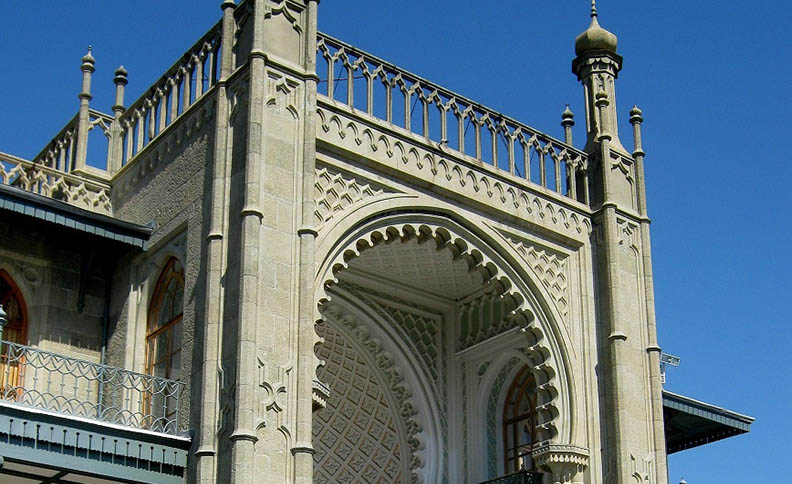 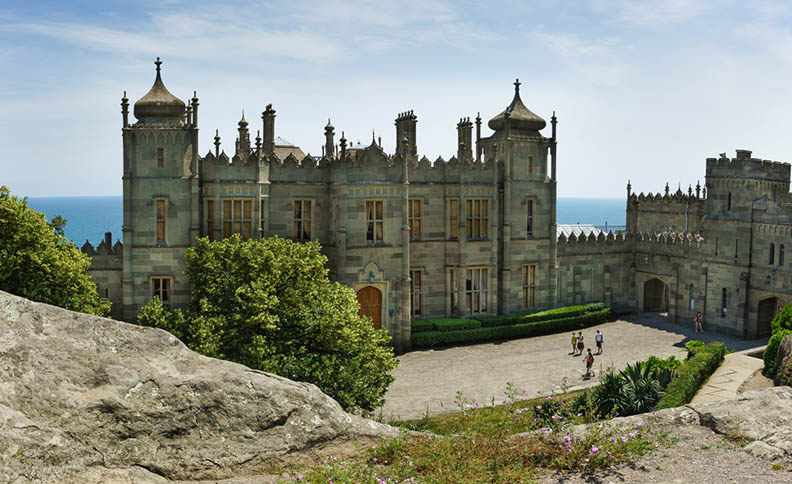 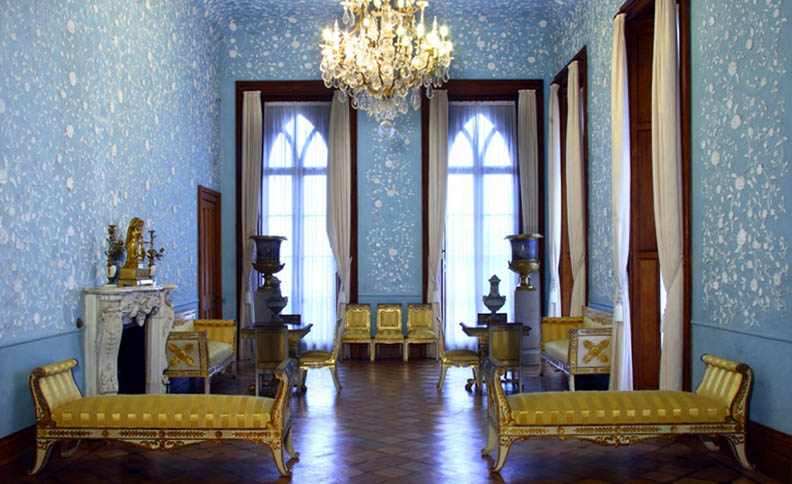 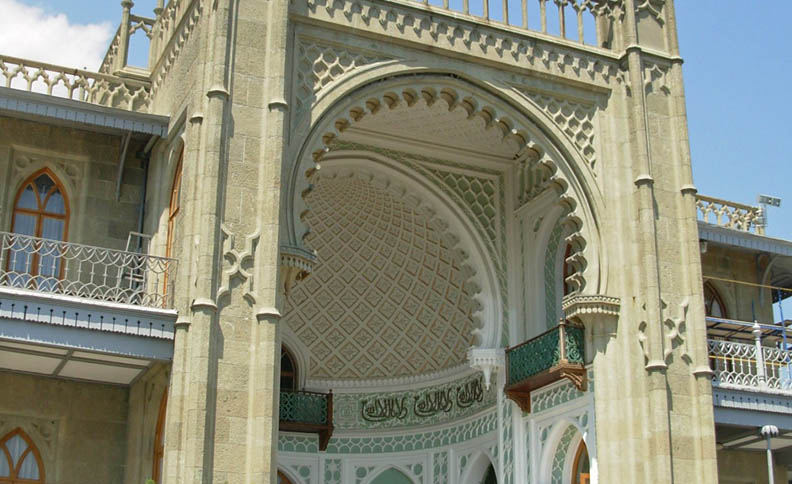 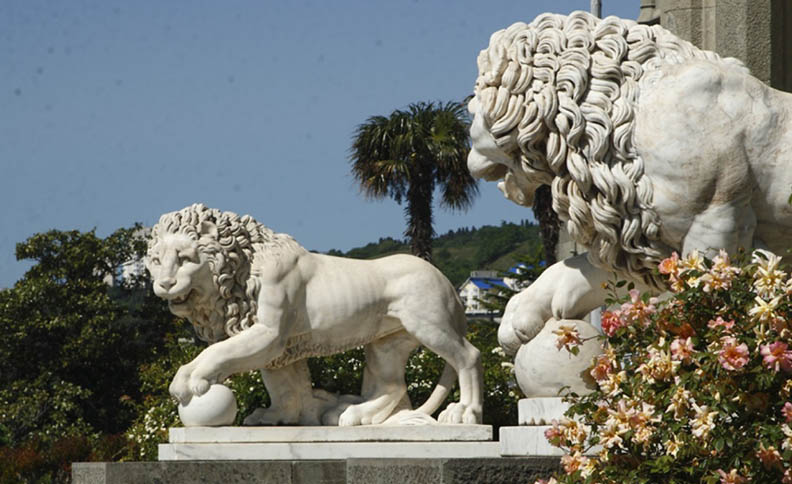 A combination of styles, epochs, and cultures

On one hand, the Black sea merges with the horizon, and on the other – rises the crown of Crimeas mountain AI-Petri. It is in this place that the amazing architecture of the Vorontsov Palace is located.

This Palace conquers all, unusual architecture, charming facades, exquisite interior decoration of the halls, and a stunning park that will leave you stunned.

The Governor – General of the Novorossiysk territory, Count Mikhail Semyonovich Vorontsov, personally chose a place for his summer residence in the little-known village of Alupka. Therefore, the Vorontsov Palace is also called the Alupkinsky Palace. It was built between 1828 and 1848 by the English architect Edward Blore. Construction took almost 20 years. The architect had never been to Crimea, but he has skilfully integrated the building into the local landscape of the mountains.

Diabase, a special volcanic stone with a greenish gray colour, was used in the construction of the Palace. It is mined nearby in the mountains of Crimea.

The Vorontsov Palace was one of the first buildings in Russia to be equipped with Sewerage and water supply with cold and hot water.

Here the features of Eastern and Western styles are combined. The Northern facade of the building resembles the late English Gothic of the 16th century. Large window openings, tall chimneys, elegant turrets. The Northern facade offers a stunning view of AI-Petri mountain. The Western facade of the Palace is very similar to a medieval fortress, with its round towers, high severe walls, slit-like Windows-embrasures. The impression of the dark middle ages is enhanced by Shuvalovsky passage – a narrow corridor between two impregnable walls. Counts Shuvalov were relatives of the Vorontsovs, hence the name. In the southern facade of the Palace, you can see elements of India and the East. The sea-facing facade has an elegant and festive appearance. The deep niche resembles the entrance to a Muslim mosque. It is framed by a double patterned horseshoe arch and covered with white stucco ornaments. In front of the southern facade is a “Lion terrace”, from which descends a monumental staircase with three pairs of life-size lions made of white marble.

The Vorontsov family owned the Palace until the October revolution of 1917. And in 1921, a Museum was opened here.

During the great Patriotic war, the Palace was twice looted by invaders. In 1945, as part of the Yalta conference, Winston Churchill lived here together with members of the British delegation.

For 10 years after the end of the war, state officials rested here, and in 1956 the government decided to turn the Vorontsov Palace into a Museum again. In 1990, it became the Central element of the Alupka Museum-reserve.

Vorontsov Palace is the largest in the Crimea, its area is 2 thousand square meters. It consists of 5 buildings (Central, guest, dining, household, library) and about 150 rooms, including 9 state rooms. The Palace is unique primarily in that it has been preserved in its original form until today. Each room has its own style and creates a certain mood.

To date, there are several permanent Museum exhibitions in the halls of the Palace.Available for inspection: Lobby, State office, Winter garden, Chinese office, Turkish room, English hall, Chintz living room, Blue living room, Spanish Alhambra hall (terrace room), Artistic, State dining room, Reception room. The rooms are decorated with sophistication and elegance, and each has an individual flavour. Today, the Museum has more than 11 thousand exhibits, including 6 thousand books. A special pride of the Vorontsov Palace is the luxurious fireplaces made in the Gothic style of marble limestone and polished diabase stone.

Around the Vorontsov Palace is located a stunning park, which has more than 200 species of trees and shrubs from various countries of the world. Currently, it is a monument of landscape art. From 1824 to 1851, the German gardener Karl Antonovich Kebach worked on its creation. Alupka Park has a unique system of lakes, roads and waterfalls. The Park is built on the principle of an ancient amphitheatre that descends from the Palace to the Tea house on the beach. Walking along the paths of the Park, you can admire the majestic crowns of trees that are hundreds of years old. Many of them have names written under them. The Park has two levels — lower and upper.

The upper Park is an array of natural diabase, it is also called “Alupkinsky chaos”. Through all these stones and plants, paths are laid in harmony. The area around Alupka is rich in water, which made it possible to create more than a dozen different fountains in the Vorontsov Park. The lower park is also diverse and begins with a gentle terrain. It borders the Vorontsov Palace and is decorated in a classic park style. A huge rose garden is located here.

Entrance to Alupka Park (without the Palace) is free. Vacationers pass through it to the beach, admiring the beauty of nature and architecture. Reviews of many tourists claim that the external inspection is enough to get a strong impression.

You can combine several types of recreation if you decide to visit this amazing place. During a tour of the Vorontsov Palace, you will plunge into history, walk through the picturesque Park surrounding the castle, relax by the sea. Here you will find beautiful angles both outside and inside.