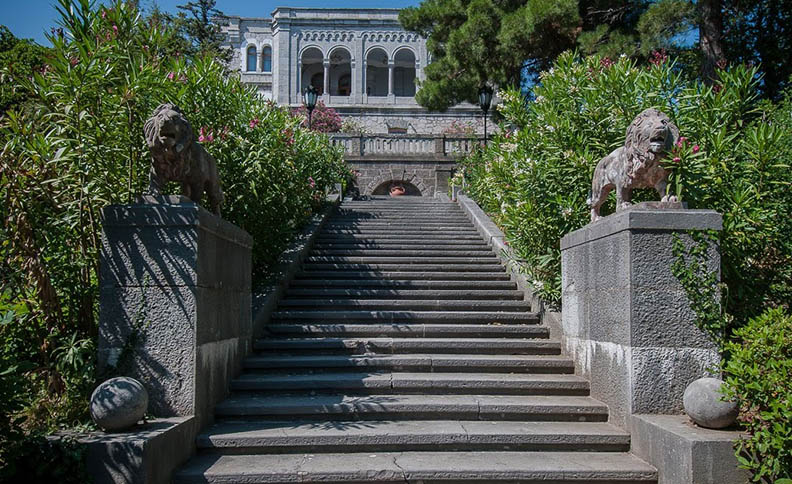 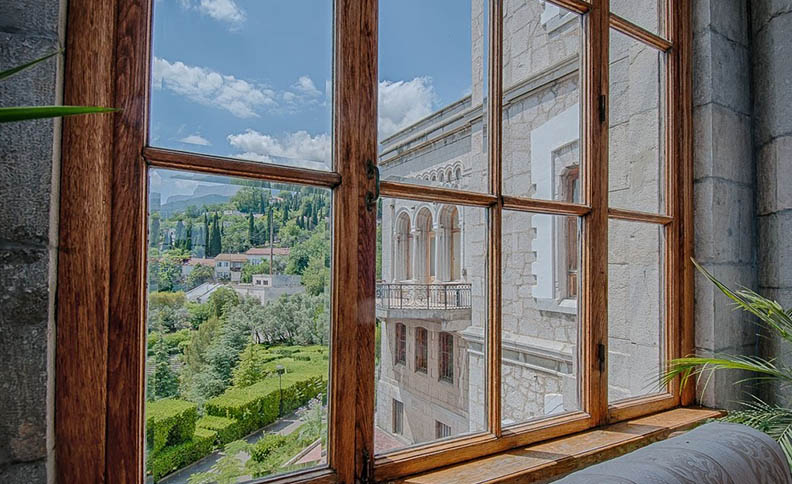 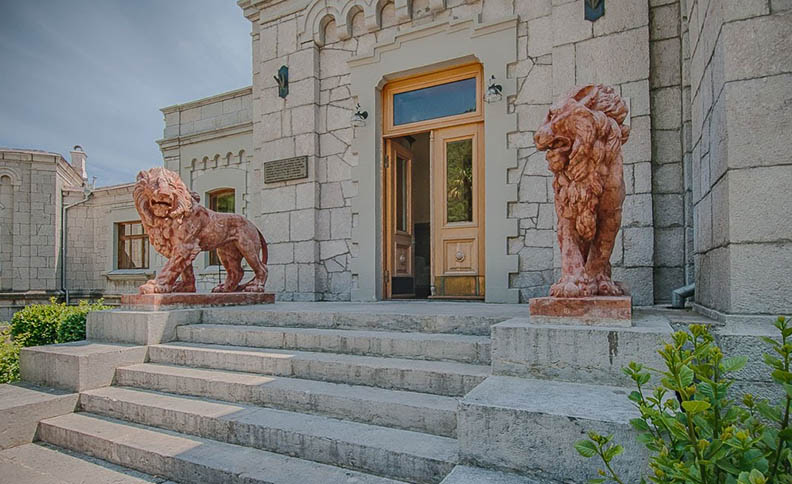 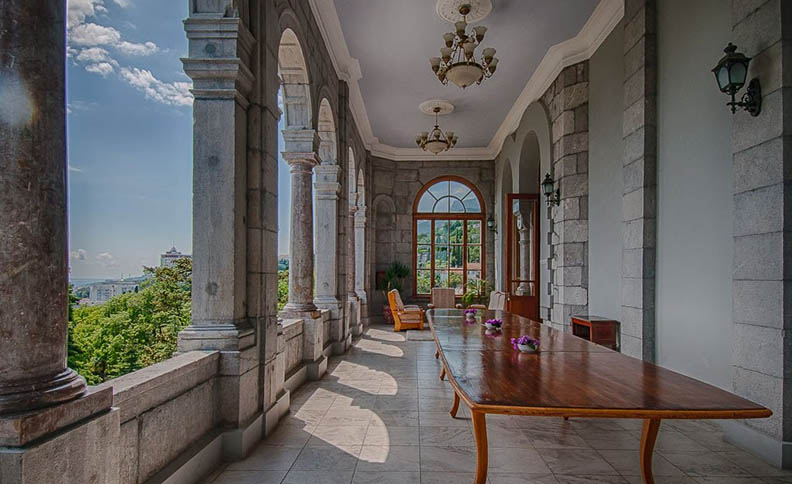 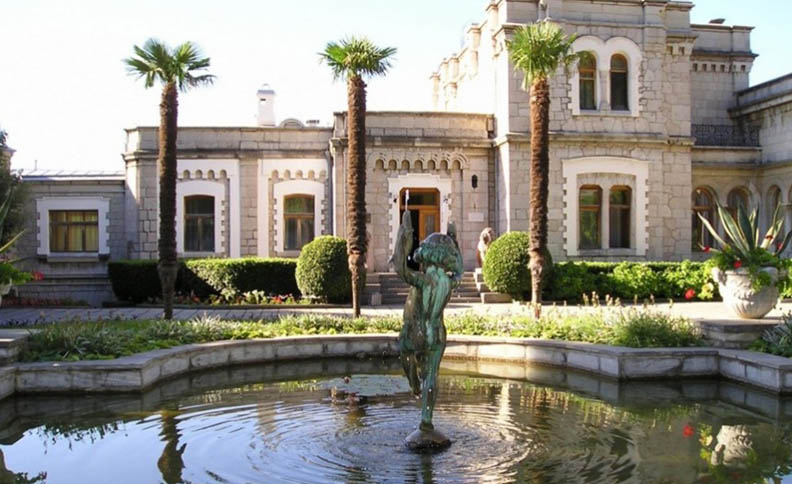 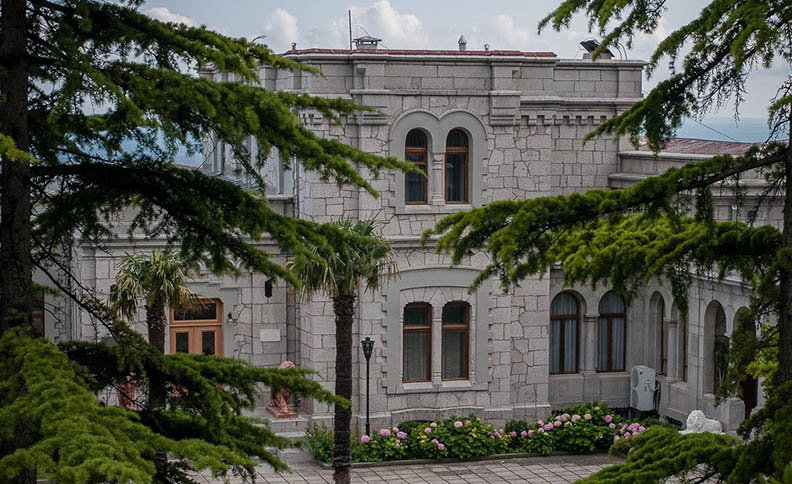 The old manor of the Prince Yusupov is located in the resort town of Koreiz on the southern coast of Crimea. This building is in an elegant neo-Romanesque style with elements of the Italian Renaissance. The estate is decorated with marble and bronze sculptures by Italian, German and Baltic sculptors. Here you can plunge into the history of one of the oldest and richest aristocratic dynasties in Russia, close to the Imperial court of Russia − the dynasty of Prince Yusupov.

The park around the Yusupov Palace is filled with aromas of noble Laurel, fan palm, plane trees and roses, the main function of which is aerial therapy. On the territory of the estate there are about 150 different species of plants that are more than 100 years old.

You will be able to visit the apartment of Stalin, it housed the residence of the Soviet delegation during the Yalta conference of Heads of Governments of three allied powers in 1945 − the USSR, UK and USA.

The Yusupov Palace had the honour of receiving the first heads of state of different times in its rooms. The Romanov Royal family was received here, and President Franklin Roosevelt and Prime Minister Winston Churchill were given a reception.

The Palace ensemble consists of three separate buildings: the Yusupovsky, Golitsinsky palaces and the Guest house.