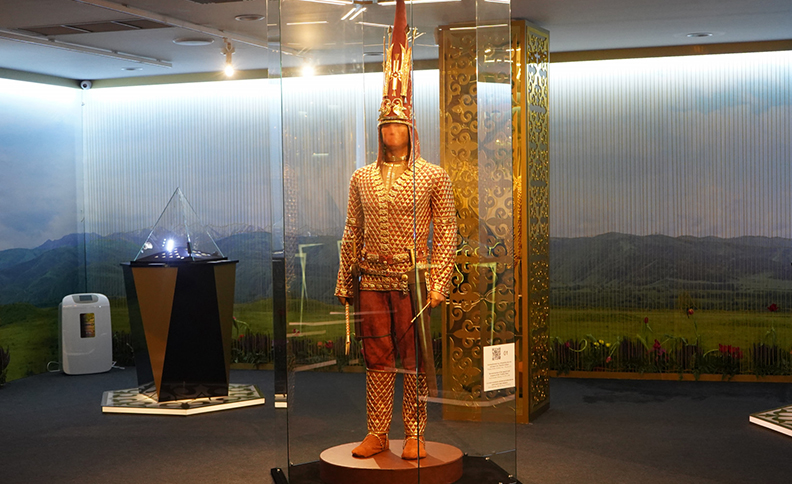 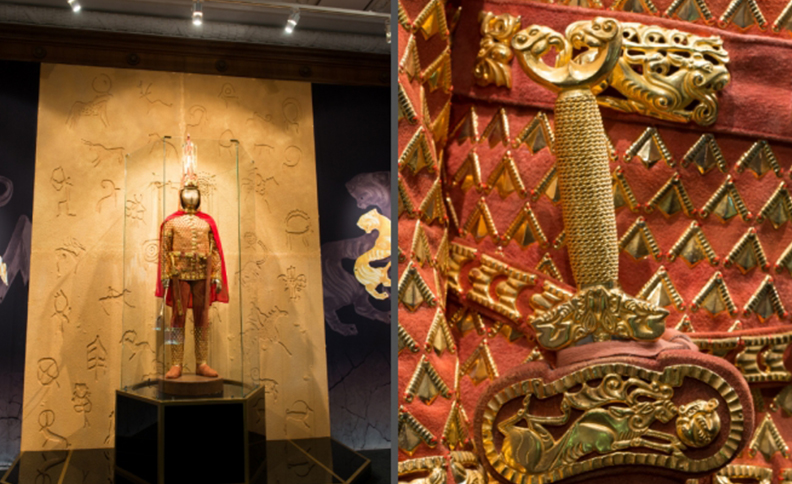 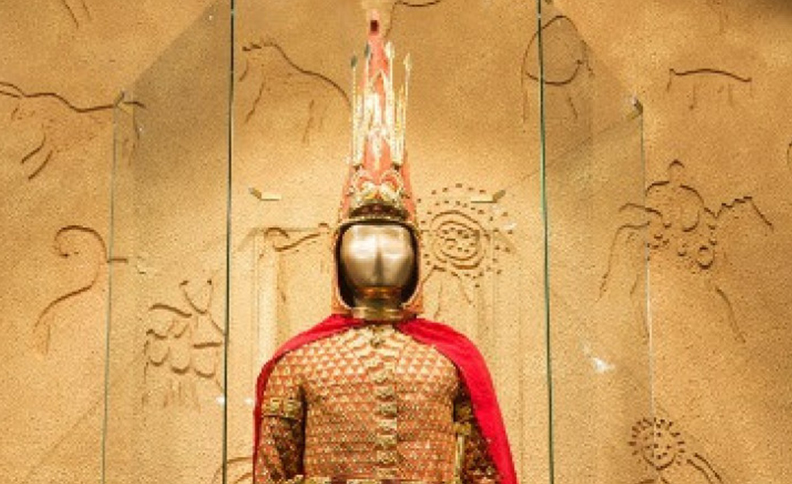 Museum located in Turgen Gorge, one of the most beautiful and interesting places in the vicinity of Almaty. It is here the grandiose kurgan complex “Saki mounds” is located. These 45 earthen pyramids stretch for 3 kilometers, they are often compared to the Egyptian pyramids. Here, in 1969, under one of the mounds — “Issyk” — Kazakh archaeologists discovered the remains of a Saka warrior in golden robes, now known as the “Golden Man”. The warrior buried in the mound was an image of an ancient ruler, who was called the “Kazakh Tutankhamun”. His clothes and headdress were embroidered with gold plaques. The winged tulpara horses depicted on his crown have become part of the national emblem of the Republic of Kazakhstan. In the burial chamber, archaeologists found more than 4,000 gold jewelry and precious objects, as well as the remains of an iron sword and dagger that once decorated the ceremonial armor of a buried warrior (VII–III centuries BC).