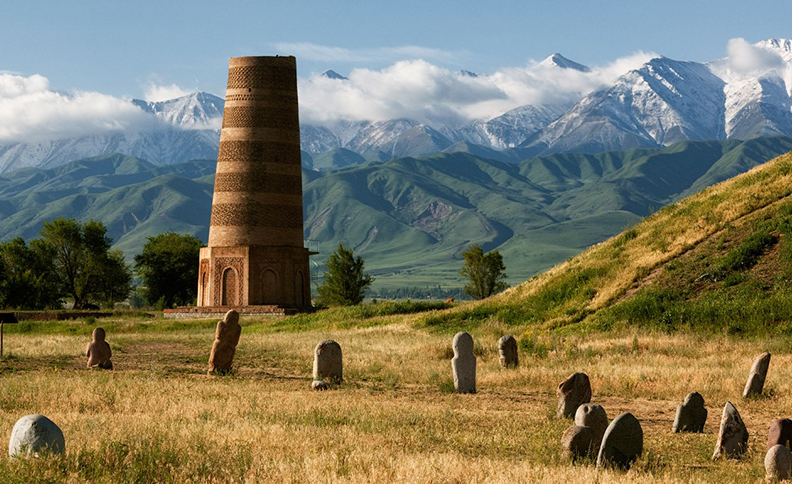 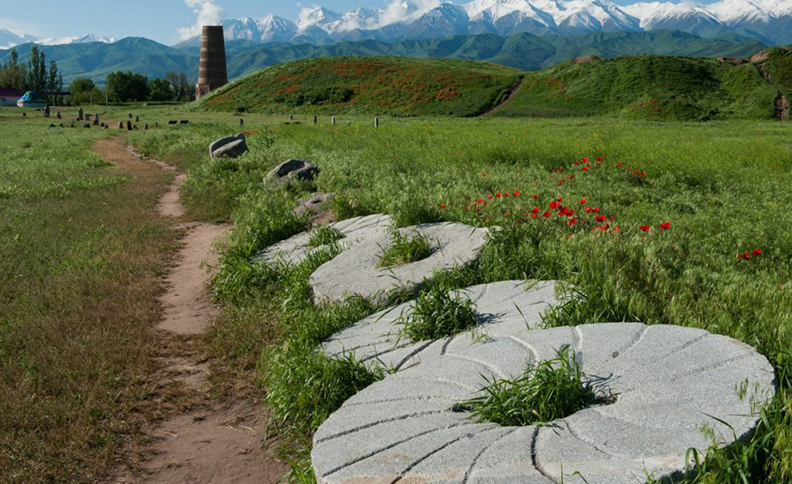 The Burana Tower is the main monument of the ancient culture of the Chui Valley and the famous Great Silk Road passing through its territory. The tower, which at one time was the tallest minaret in Central Asia, was the heart of the capital of the Karakhanid state — the city of Balasagun — located on this territory in the 10-12 centuries. Its original height was 40 meters, but during the earthquake the upper part of the tower collapsed and since then the height of the tower is 21 meters.

The cultural significance of the tower is truly great, as it is the only extant monument of ancient architecture in the region preserved on such a scale. In addition to the tower, the entire territory of the Buraninsky settlement is of great interest. On its territory there are numerous mounds, the remains of ancient fortifications, as well as the so—called “stone garden” – a collection of balbals (ancient stone tombstones) and stone tools (millstones, etc.)

The complex is located in a very picturesque place, near the Shamsinsky and Kegetinsky gorges, a little south of the city of Tokmok. From here you can enjoy a magnificent panorama of the eastern part of the Kyrgyz ridge, and in May and June you can catch the flowering of poppy fields.  There is a museum on the territory of the settlement, where you can get acquainted with the rich history of this place. There is a souvenir shop and places to relax.