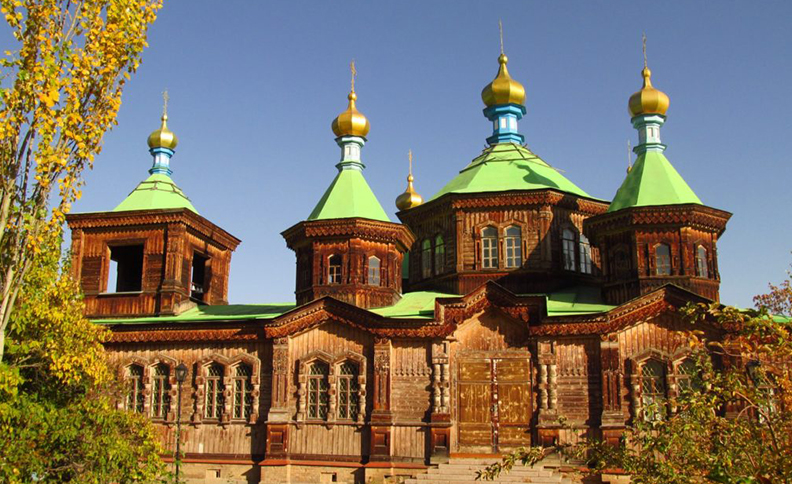 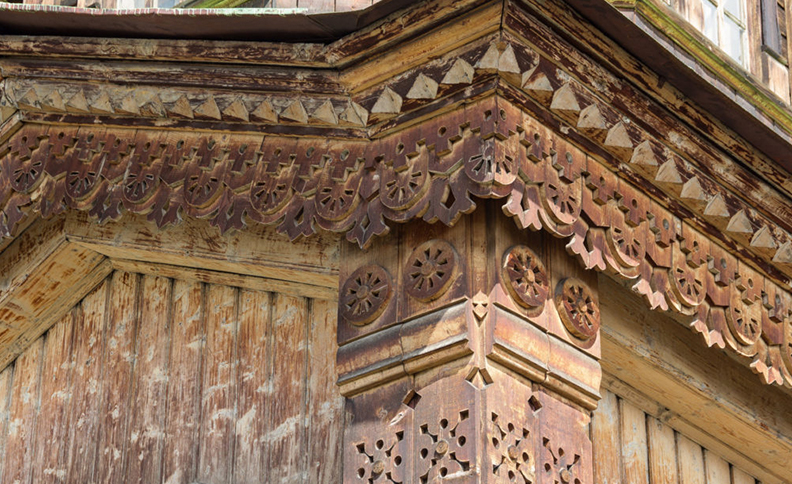 One of the main attractions of Karakol is the Holy Trinity Orthodox Church, built in the XIX century by the Russian community of the city. The history of the church began with the founding of the city of Karakol in 1869, when the first Russian settlers built a small church on this site. However, it stood for a relatively short time and was destroyed by an earthquake in 1876. The construction of the new church was started in 1895 by architects from the city of Verniy (present-day Alma-Ata), who designed this building in the form in which it stands now. The roof of the church is crowned with 5 domes, and the walls are made of wooden logs, which are decorated with carvings and various paintings.

The fate of the church in the Soviet period was quite difficult. After the October Revolution, as part of the Soviet campaign against religion, the church was closed, and later converted into a children’s sports school.

With minor interruptions, the school functions in this building until 1986, when it was decided to reconstruct the church and make a museum of local lore on its basis. Work on the restoration of the church lasted 3 years, but due to the collapse of the USSR, the museum was never created, and the restored building was occupied by the clergy in 1992.