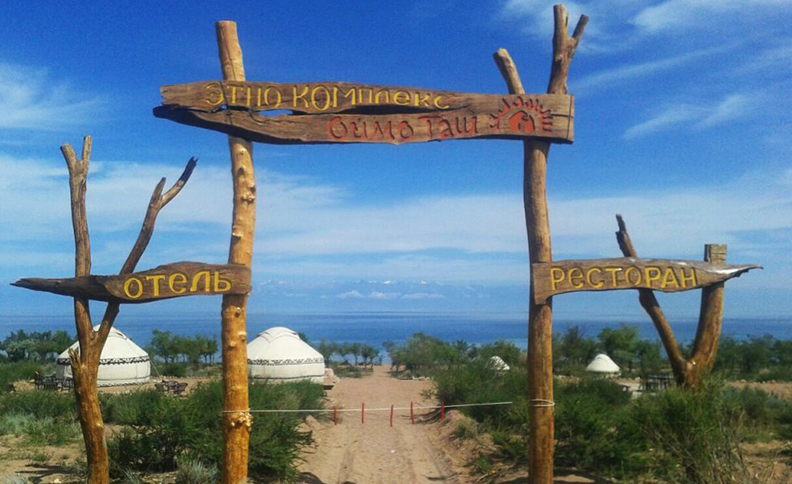 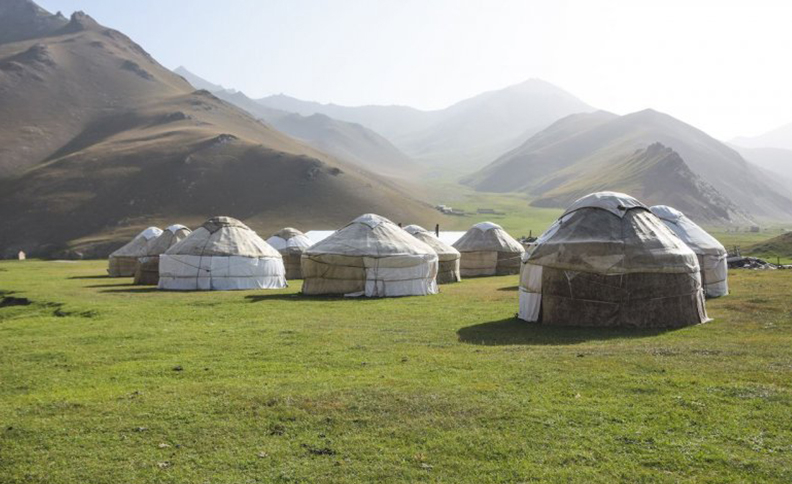 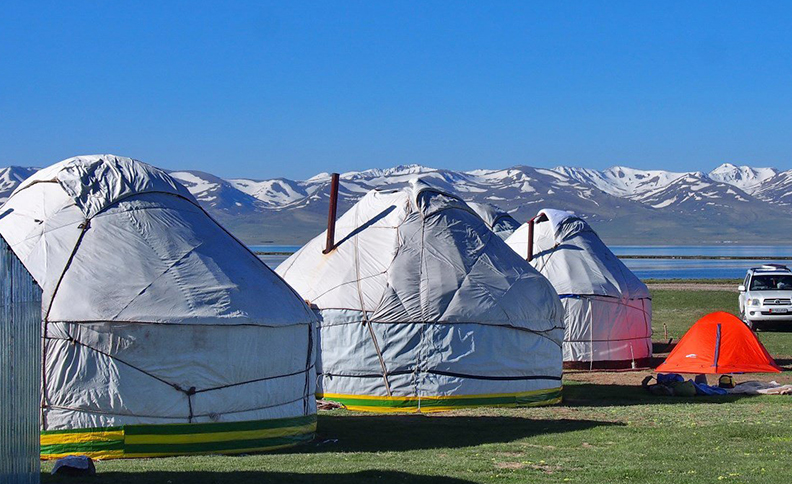 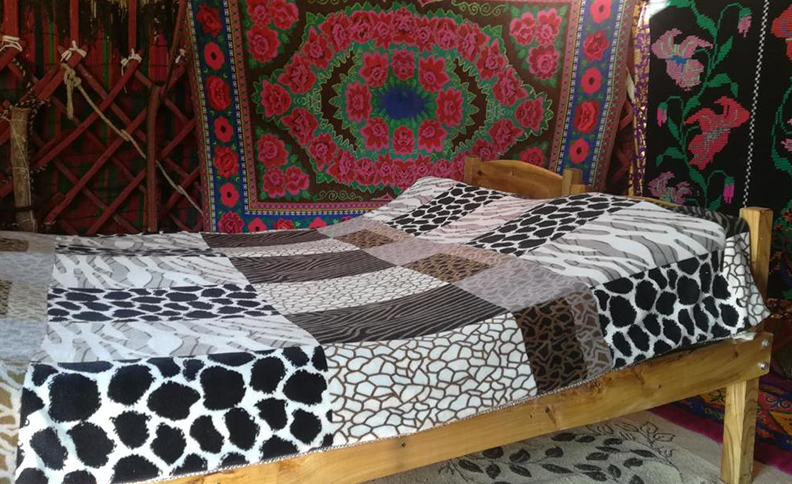 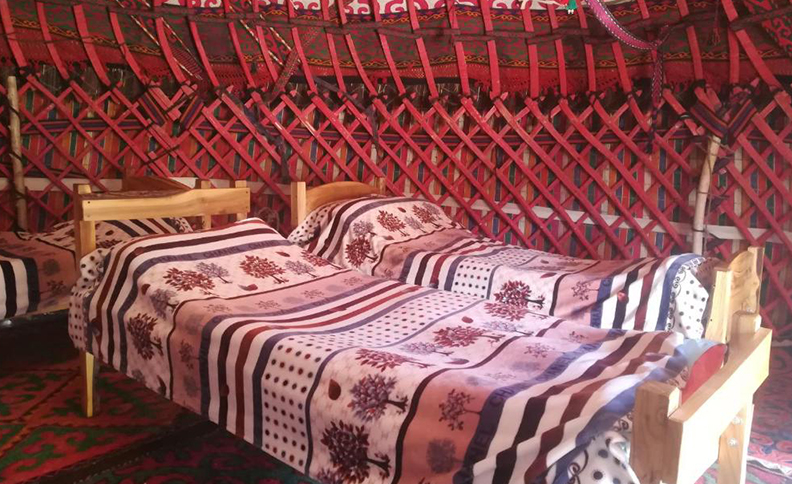 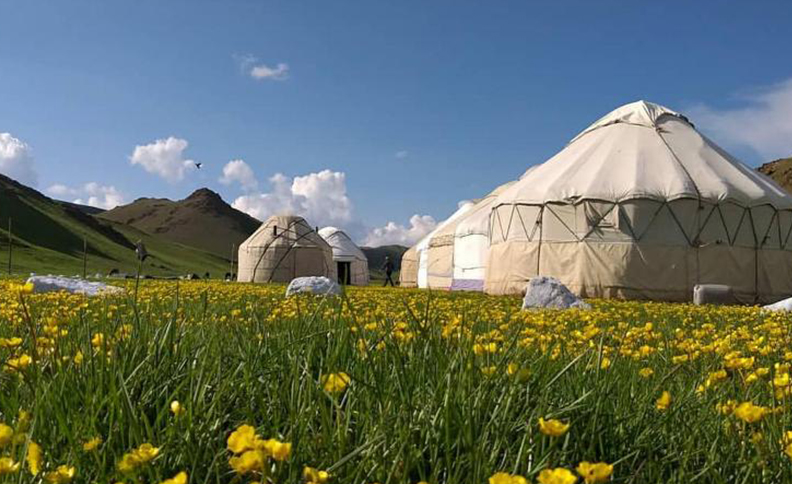 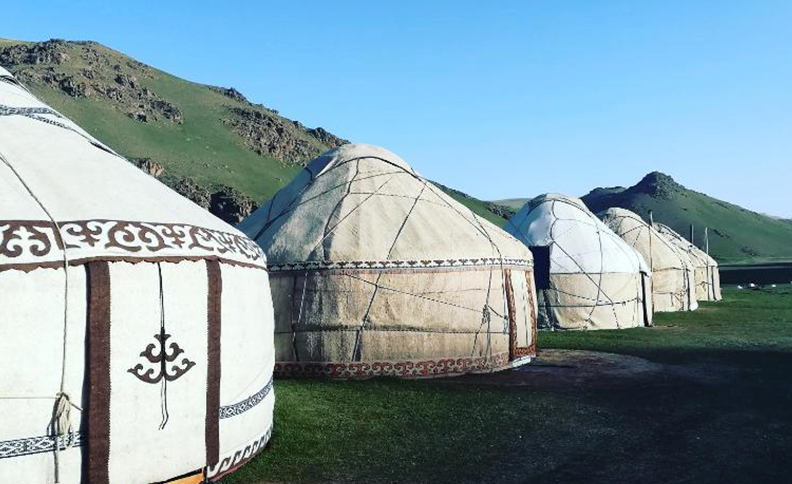 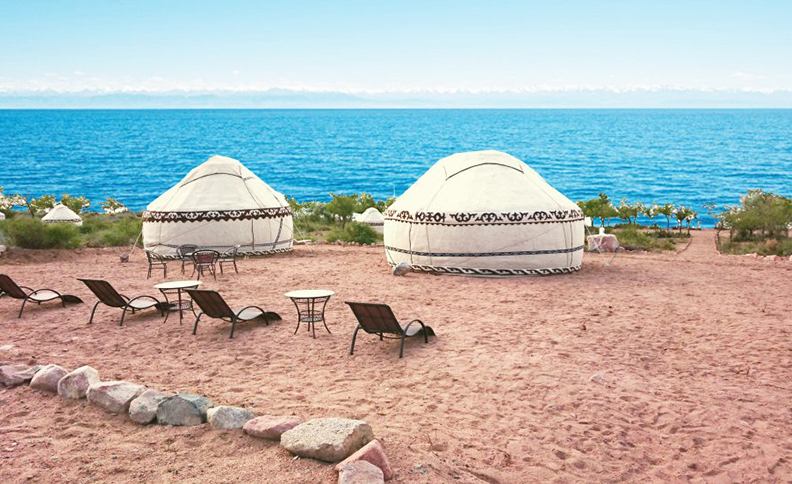 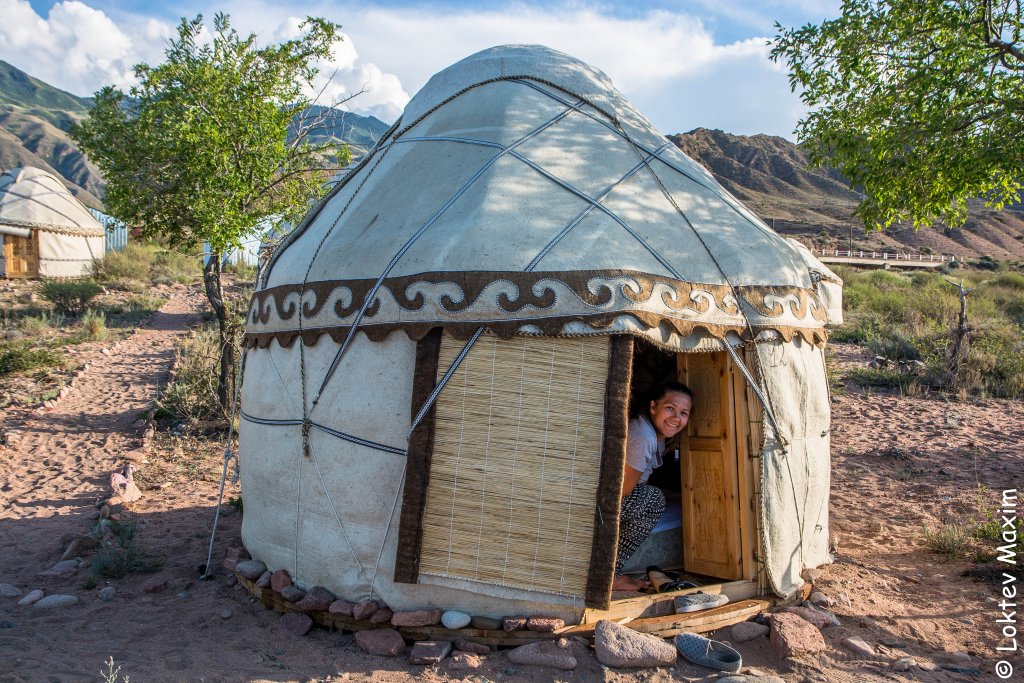 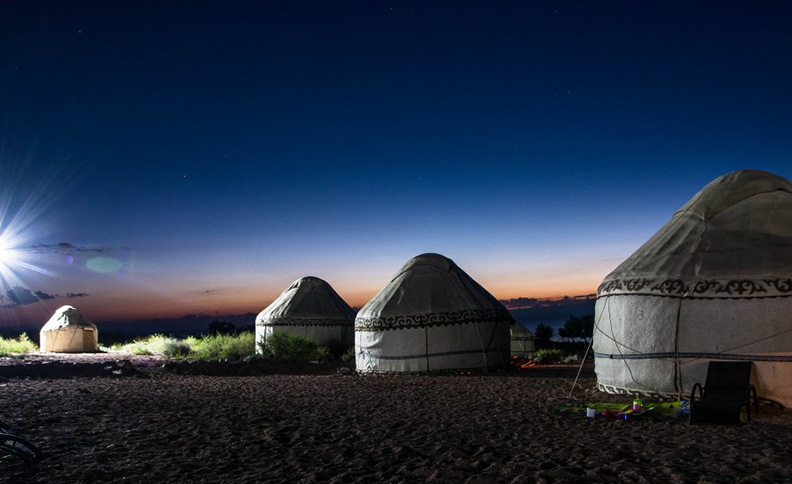 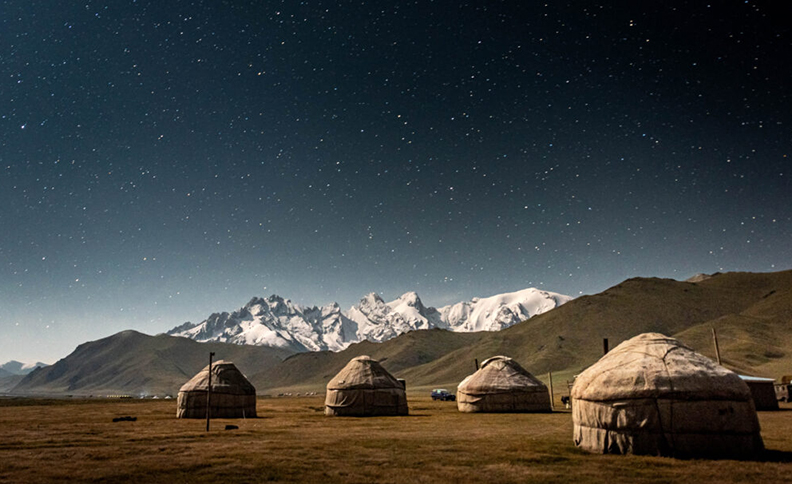 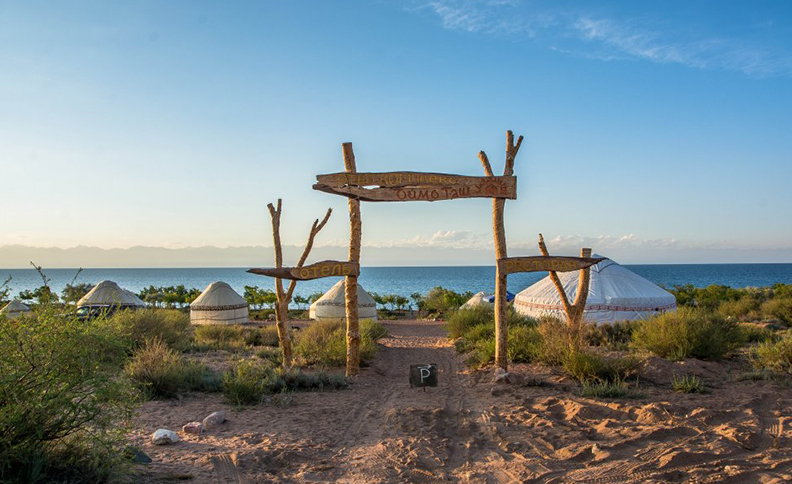 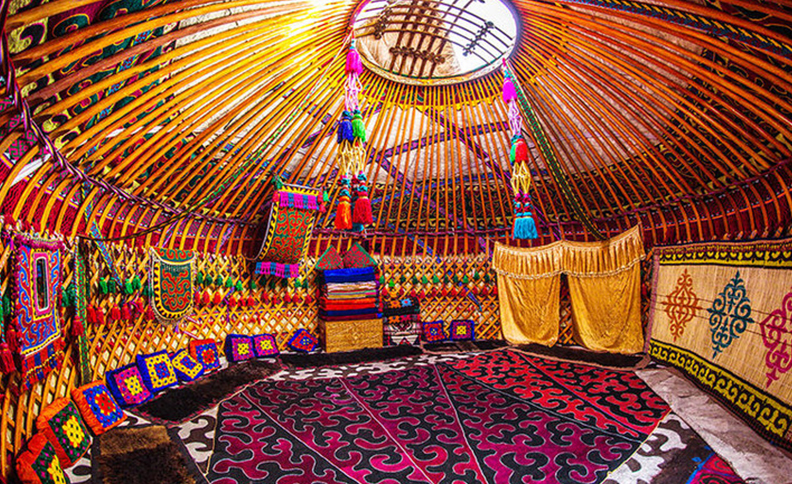 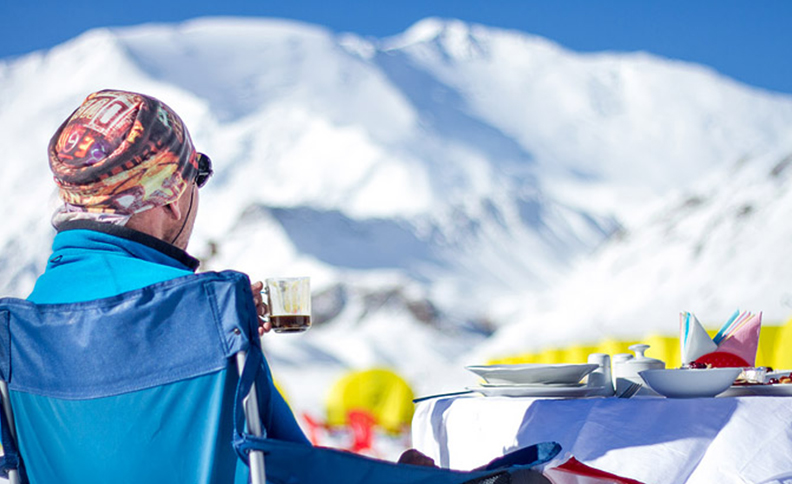 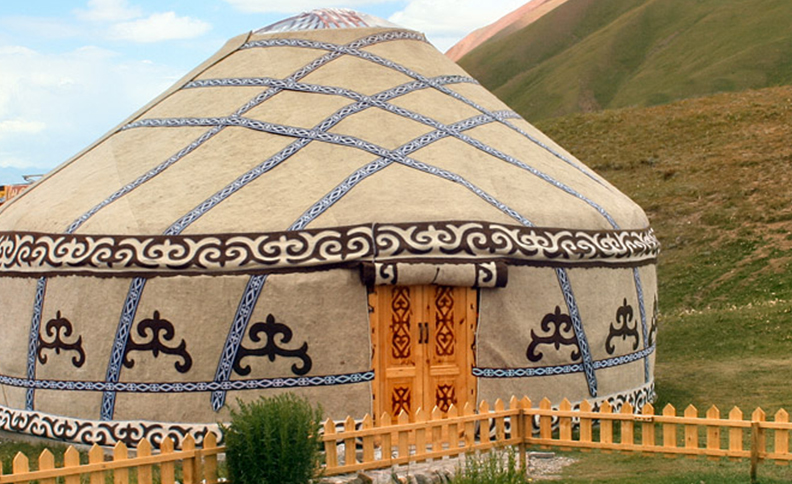 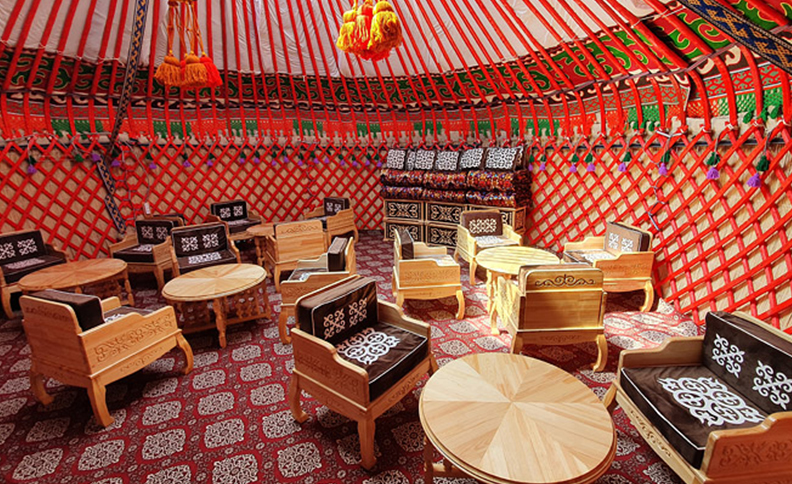 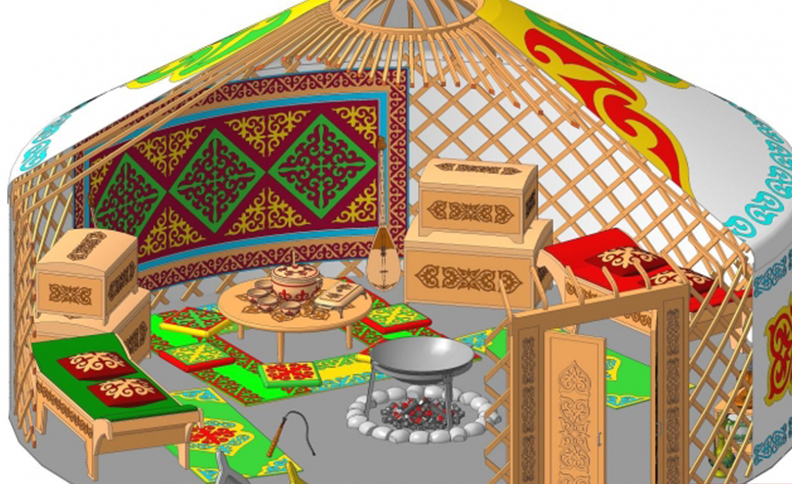 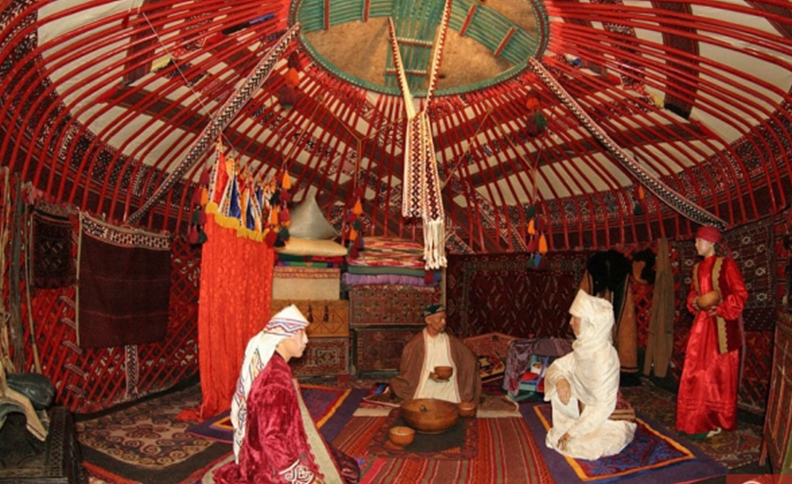 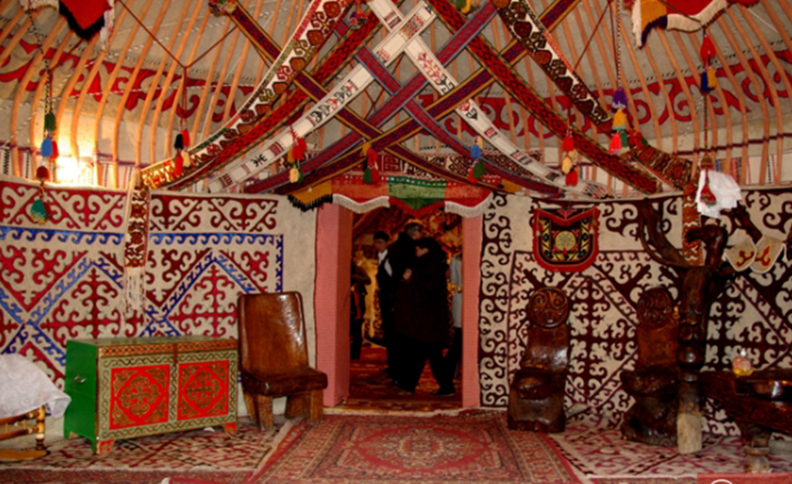 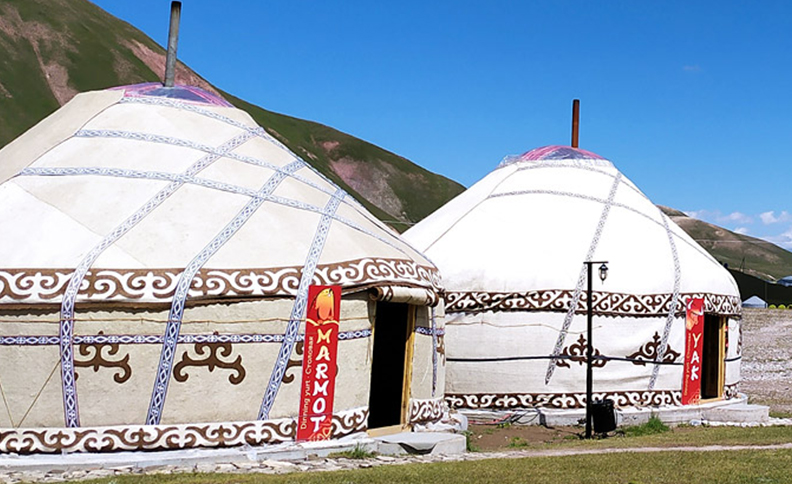 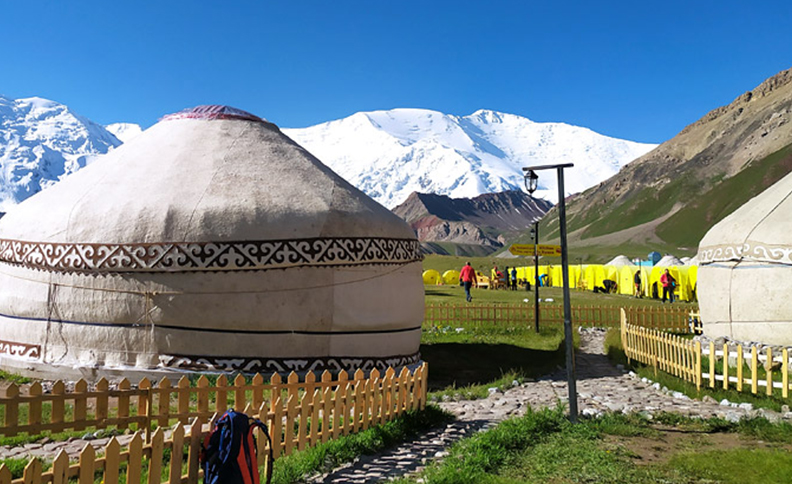 Yurts are an important part of the traditional Kyrgyz nomadic culture. These felt and wooden structures are still used by shepherds in the summer when they go up with their flocks to “jailoo” (high mountain pastures). But you don’t have to climb high into the mountains to spend the night in a yurt. There are many yurt camps in Kyrgyzstan that offer tourists a traditional experience with amenities and comfort. Yurts are different, but usually there is an Internet connection, a sauna, a recreation area, a large yurt-restaurant (in some camps with a capacity of up to 150 people, so you can fully hold corporate events with a local flavor here). Eating in yurt camps is a pleasure worthy of special praise. Fresh bread is regularly baked here, and dishes are prepared 3 times a day by a professional team under the guidance of a guest chef. The level of comfort in different yurt camps differs as well as in different hotels. There are luxury rooms with luxurious beds and in-room amenities, there are in a traditional style with shared shower and toilet. In general, for every taste and purse.
As a rule, various activities can be organized in yurt camps – barbecue, horseback riding, hiking trekking, initial Kyrgyz games… But the main thing that unites this type of recreation is complete unity with nature and immersion in the ancient traditions of nomadic peoples.
The yurt is an integral part of the culture of the Kyrgyz, and how important it is for it that the central part of the dome of the yurt (a tundyuk is a wooden structure inside which the crossbars cross, forming a lattice) is depicted on the national flag of Kyrgyzstan.

The history and structure of the Yurt.

The dominant type of dwelling in the conditions of the centuries-old nomadic life of the Kyrgyz was the yurt. Even when erecting tombstone structures — gumbezs — the Kyrgyz often gave them the shape of a yurt, so that the soul and body of the deceased felt comfortable in the “afterlife”. The whole life of a cattle breeder took place in the yurt, starting from birth. He wintered in it even in the most severe frosts, roamed with her over vast pastures.
Since ancient times, Kyrgyz yurts have been distinguished by the simplicity of the device, the practical expediency of all its elements, as well as a certain order in installation. The yurt is an irreplaceable dwelling. It can be quickly disassembled and moved to another place, at the same time it serves as sufficient protection from cold, heat and bad weather. Indeed, in the yurt, at a time when the fire is burning, it is quite warm, even in the most severe frost… in summer, the felt shell of such a dwelling perfectly protects from heat and rain, even the most torrential.
The wooden structure of the yurt was easy to assemble and disassemble, which was convenient for transportation. The yurt could be fully installed within an hour. The Kyrgyz yurt is distinctive, although it has many common features with the yurts of other nomadic and semi-nomadic peoples.
The wooden frame of the yurt was assembled from a barefoot door frame and several sliding lattice walls (kerege) made of willow or talnik, which were placed in a circle. The dome was built from poles, the lower ends of which were bent and connected to the top of the lattice walls, and the upper ones were inserted into the holes of the birch rim — tunduk, which crowned the wooden frame of the yurt and served as a chimney hole.
Felt and mats made of chia were used to cover and decorate the yurt. The felt covering consisted of long canvases for the walls and wide ones for the dome. The chimney opening was closed or opened with a movable square piece of felt. To cover the yurts, unornamented black or gray felt was used, and only the rich had yurts covered with white ornamented felt. To fix the felt coating, we used harnesses and colored (white, red) braid. A light carved door was hung on the door frame, sometimes the entrance was closed with a chiy mat, lined with ornamented felt on the outside. A plush mat covering the walls from inside or outside protected the dwelling from dust, pollution, being at the same time its decoration.
The carved door gave lightness and grace to the Kyrgyz yurt. But mostly the interior of the dwelling was distinguished by simplicity and poverty. In the middle of the yurt, a hearth was arranged, to the right of the door there was a partition made of chia, separating the female half of the dwelling from the male. There were iron boilers, wooden ladles and cups, wineskins, which the Kyrgyz used in everyday life. On the left, the male half, saddles, harnesses, guns were stored. The floor in the yurt was covered with cats, on top of which lay the skins of domestic or wild animals. In the place of honor, at the back wall, a felt carpet was spread out. Cast-iron or clay lamps were used to illuminate the yurt.