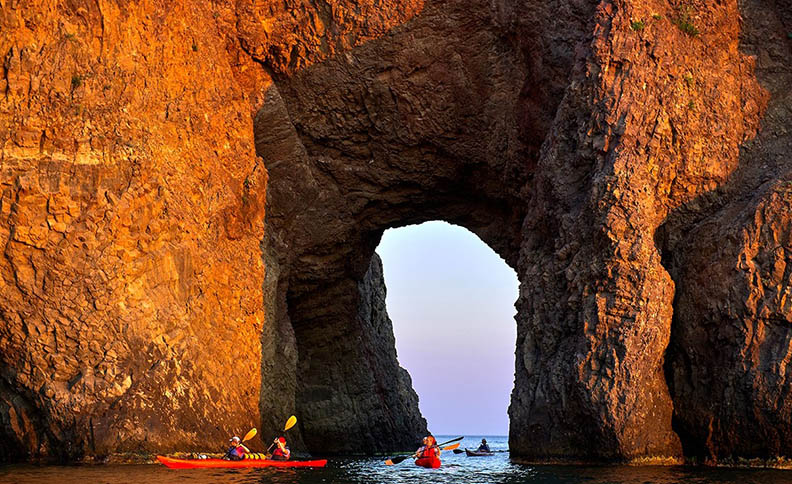 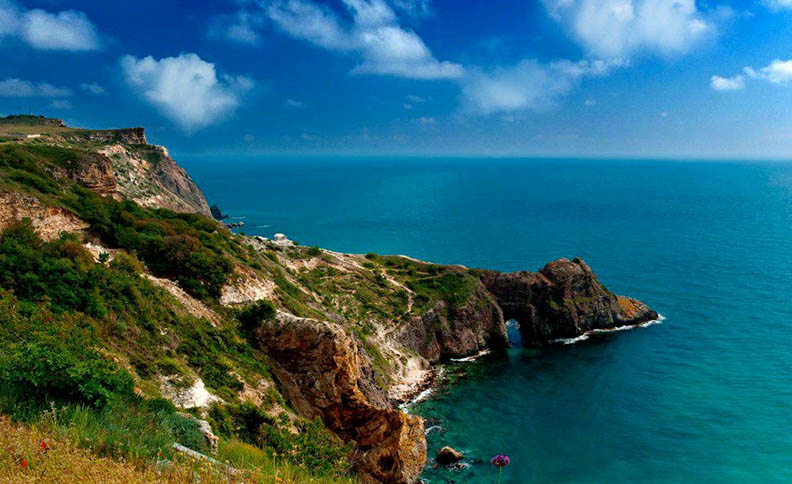 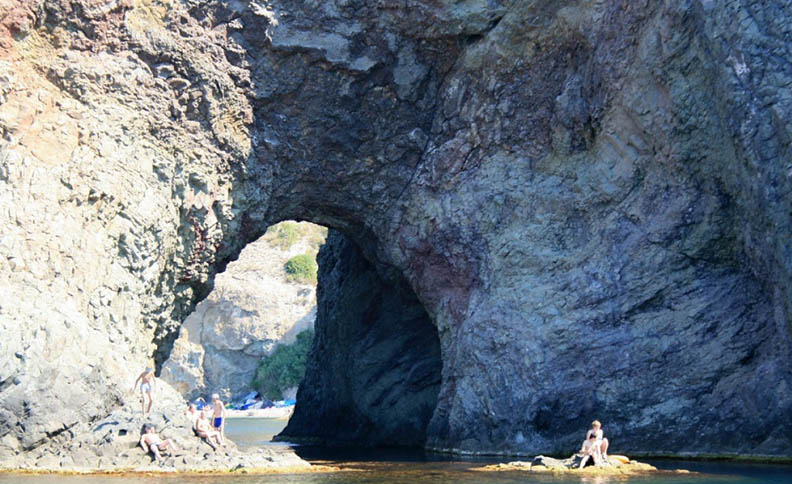 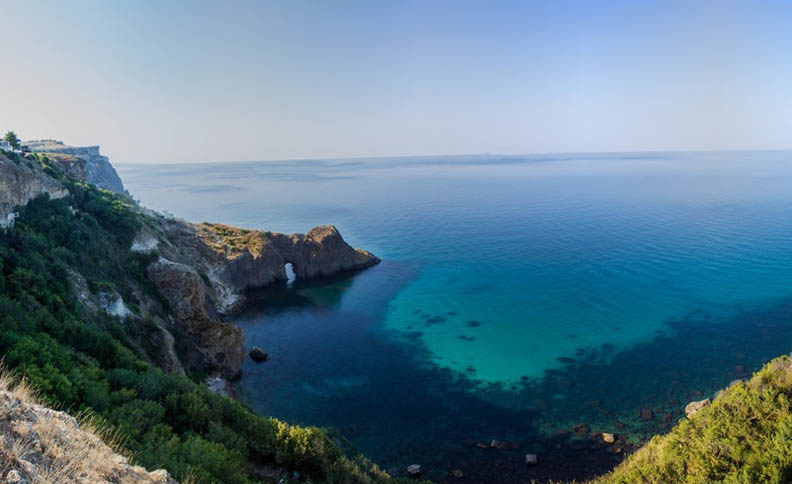 Here was located the ancient sanctuary of Diana (in Greek mythology, the same goddess was called Artemis, in Taurus — the Virgin), where the victims were thrown into the sea. However, the exact location of the temple is unknown. According to the same legends and myths, it was a huge building, supported by numerous columns. A wide marble staircase, forty steps high, led up to it. The altar was made of snow-white marble.

Cape Lermontov-narrow, rocky, with steep slopes, stretched to the West. It is notable for the fact that in its center at sea level there is a through hole, which has its own name — the Groth of Diana. The groth of Diana is very clearly visible from the West. However, it is impossible to get into it by land, since the bottom of the grotto is surrounded by water on all sides, and from above, going to Cape Lermontov, you can not go down — the rocks are steep and inaccessible.

The length of the groth is about 10-15 meters. It has a large surface and underwater parts. The water in and around the groth is always crystal clear, but due to the lack of sunlight, it is much colder than the surrounding water.

There are small beaches on both sides of Cape Lermontov. Here you can dive, swim with a mask and fins. Near the mainsail of Diana are the remains of a sunken navy minesweeper.