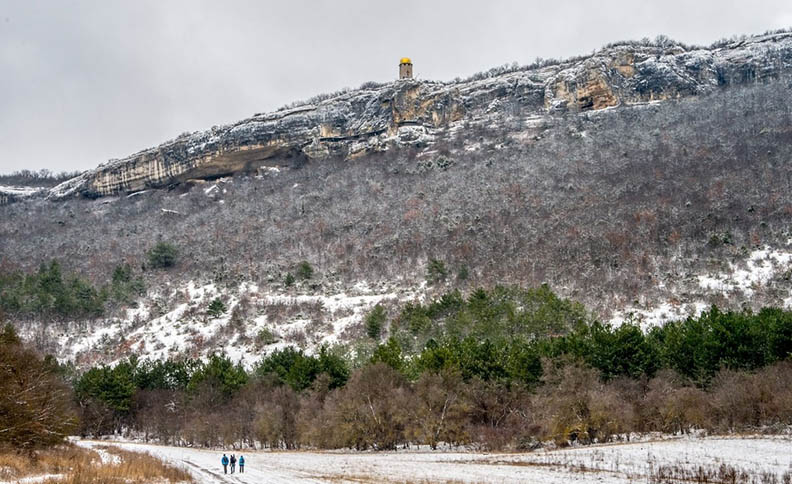 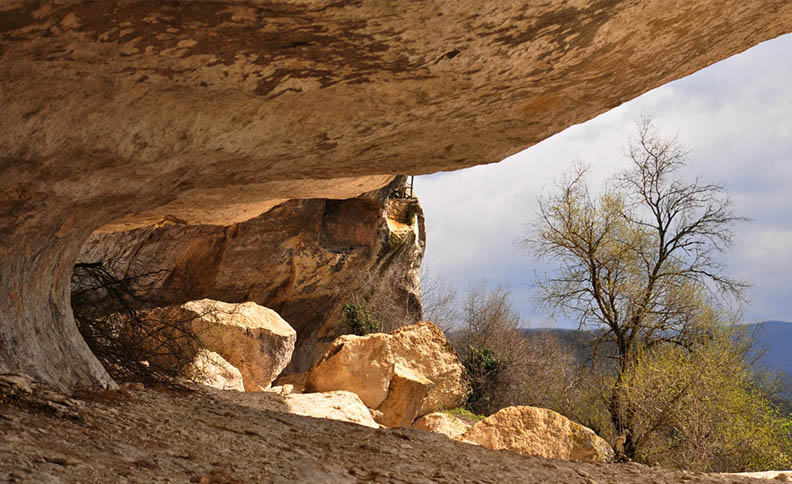 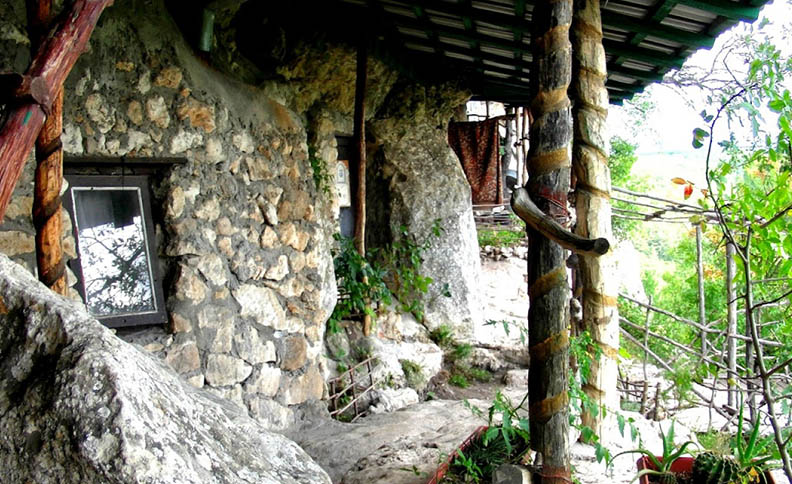 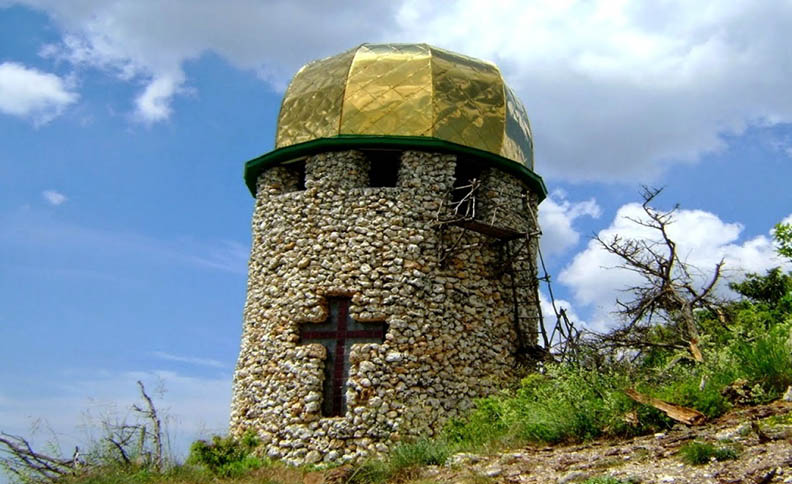 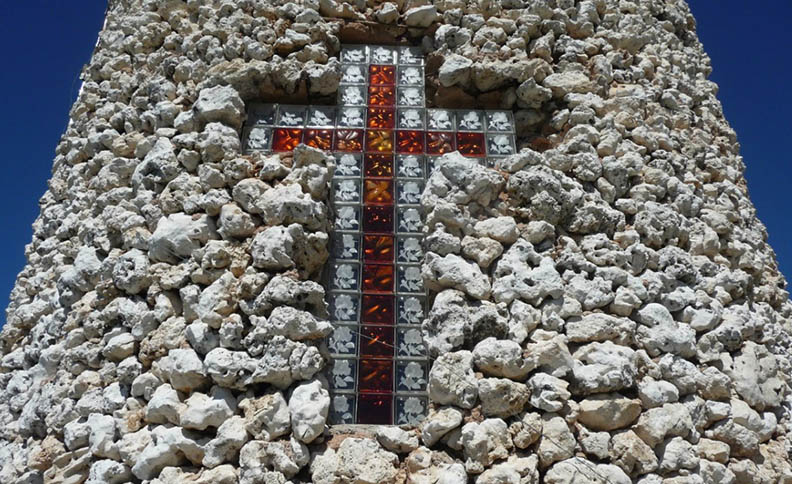 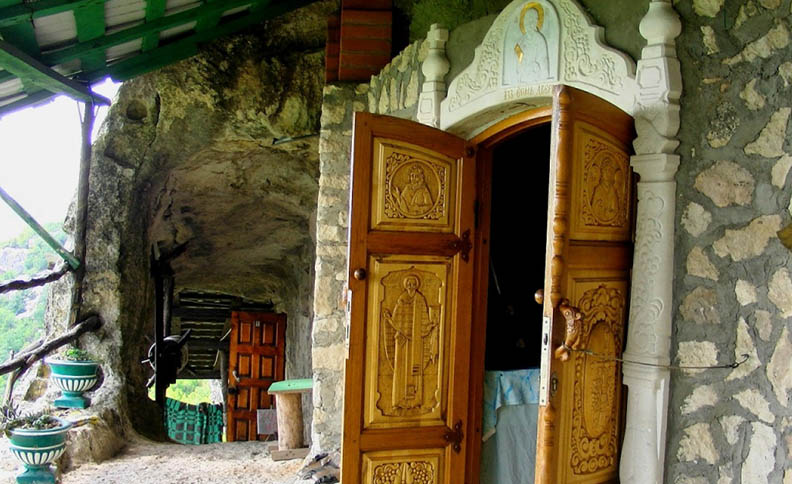 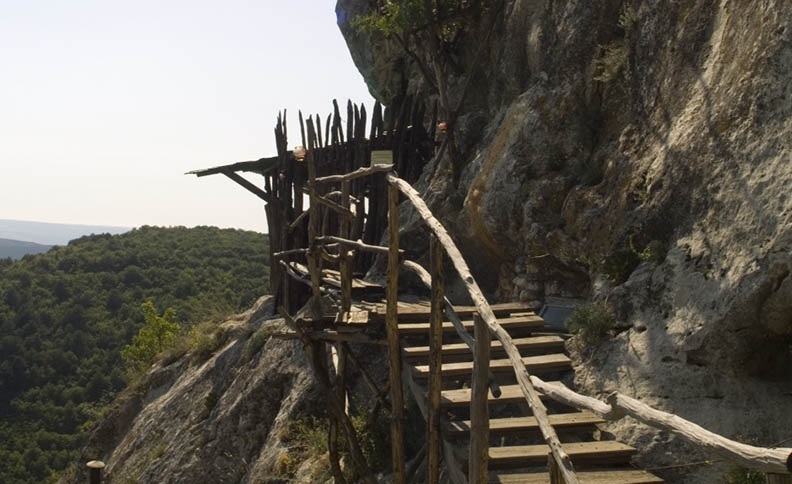 The Shuldan medieval cave monastery, located at the foot of mount Shuldan-Kaya (which means “rock that gives an echo” or “inaccessible place”), was supposedly founded in the 8th – 9th centuries by icon-worshipping monks, refugees from Byzantium.

One of the first researchers of the monastery complex D. M. Strukov wrote that Shuldan consists of two cave temples and about 20 accompanying rooms. On one of the walls of the Church there is a fresco painting depicting the Mother of God with the Eternal child. The historian and archaeologist A. Berthier-delagard also explored the cave monastery, considering it similar to the” temple with a baptismal chamber ” in Inkerman.

The monastery operated until about the 15th – 16th centuries, when the influence of the Ottoman Empire was established on the Crimean lands and the small medieval Christian Principality of Feodoro ceased to exist. Now the monks live here again.