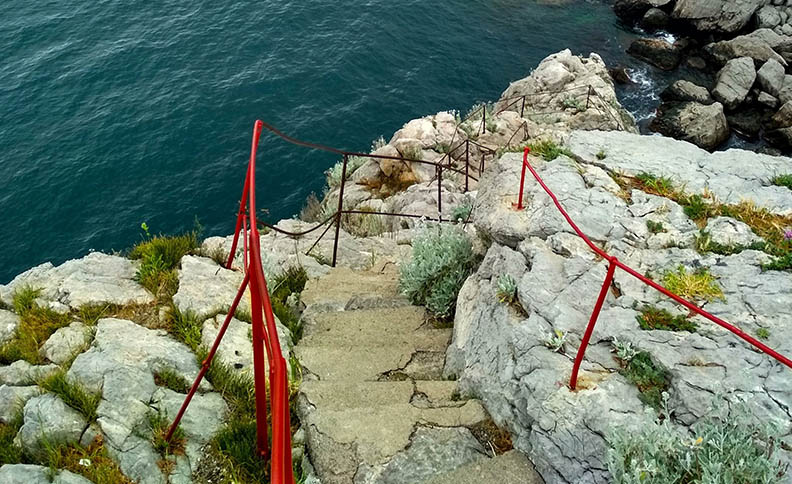 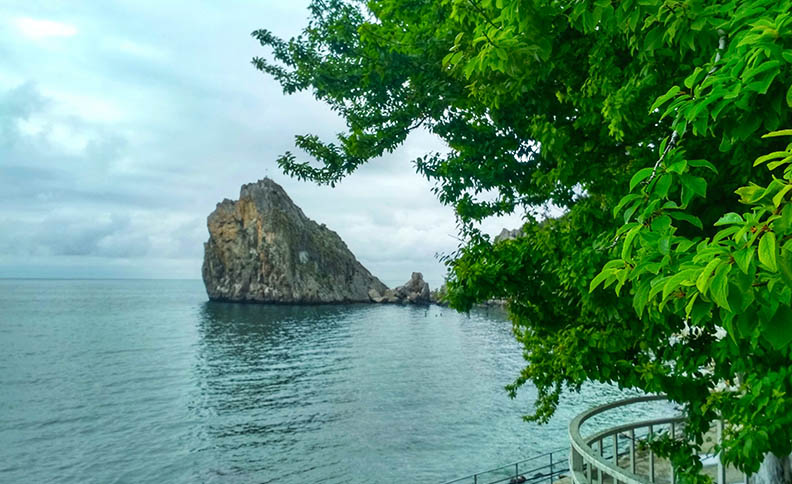 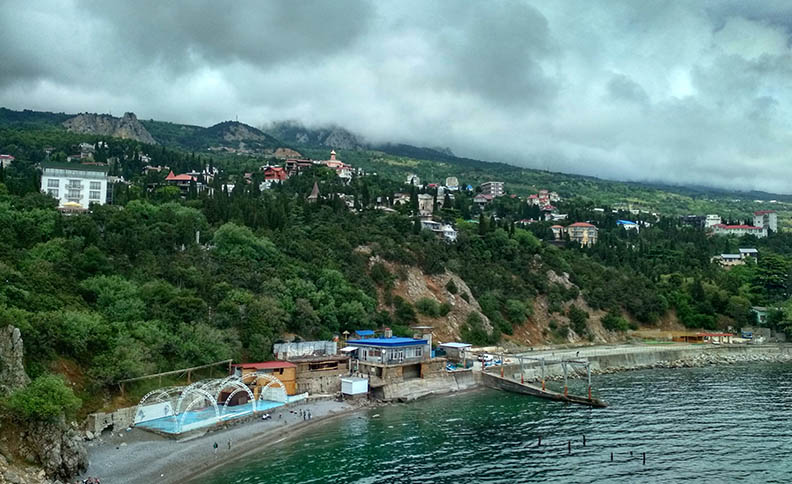 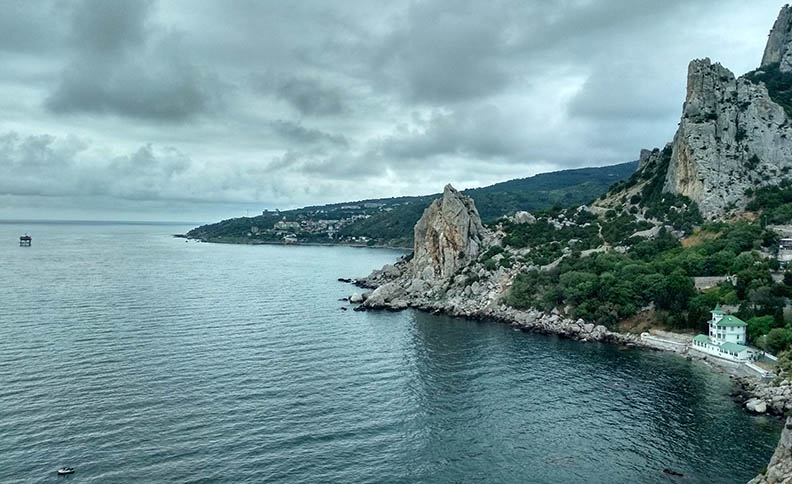 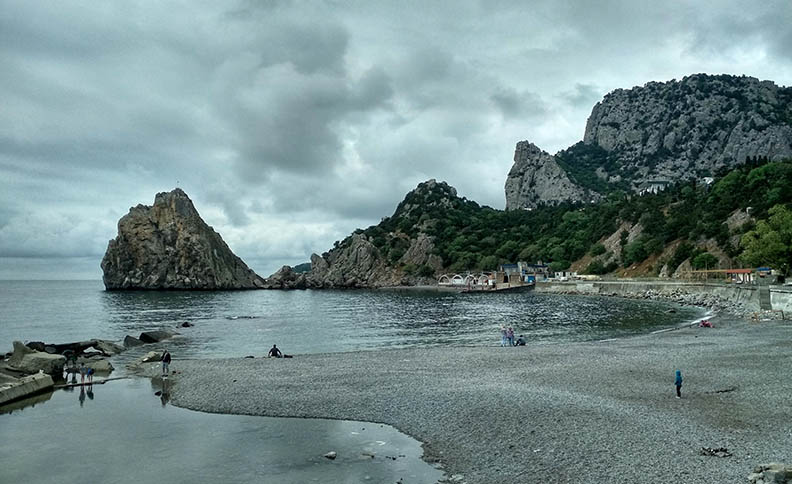 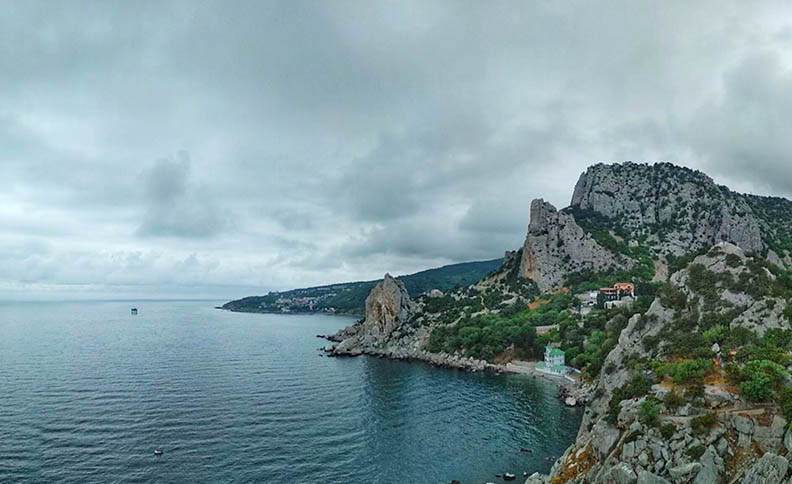 Mount Cat (Koshka means cat in Russian) is the most recognizable hill on the southern Coast of Crimea. A place of attraction for tourists, rock climbers, archaeologists and vacationers.

One of the most famous non – man-made attractions of the Crimea-the reserve “Mountain Cat”. Nature has created an amazing and unique rock mass. Here you will find stunning views of the coast and mountains, beautiful pebble beaches, a variety of flora and fauna, historical monuments, as well as entertainment for every taste.

The cat is a unique rock in the Central part of the Crimean mountains. The original name comes from the merger of two Crimean Tatar words: Kosh-Kaya, which means “rock” and “paired”. According to one version, the modern name was given to it by Russian settlers. They noticed the resemblance of the mountain’s ridge to the curves of a domestic cat.

Regardless of the origin of the name, the rock strongly resembles a lying cat. Its highest point is 254 meters. There is an observation deck with amazing views of the coast, Diva rock, Simeiz and Yalta. In 1984, the rock and the surrounding area were awarded the status of a natural monument. The area of the reserve “Mountain Cat” is 50 hectares.

Standing out from the General background of the coast and going into the sea, Cat rock was formed about a million years ago. The reason for the separation from the main part of the Peninsula was the movement of tectonic plates. Over hundreds and thousands of years, the shape of the mountain changed. The familiar shape was formed during the construction of the Yalta – Sevastopol highway in 1972. This road divided the “Cat” in half.

On one side of the mountain, closer to Yalta, is the village of Simeiz. On the other, in the direction of Sevastopol – the village of Katseveli. In these METAS and on the slopes of the mountain were found the remains of settlements of the Taurians-the indigenous inhabitants of the Crimean Peninsula, Dating from the 5th-6th century AD, on the rocks are the ruins of an ancient fortress built by the Romans. Archaeologists find household items, burial sites, drawings on rocks. All this makes the mountain a unique historical monument.

More than 350 species of plants grow on the territory of the “mountain Cat” reserve, 16 of them are listed in the Red book. Here you can find shrubs, herbs and fruit trees. The mountain descends into the sea and continues with the rock “Diva”. You can reach the top of the cliff by following a narrow path among the rocks. From “Diva” offers a stunning view of the village of Katseveli, the embankment and the ridge “Cats”.

Among outdoor enthusiasts, the mountain is known for its climbing routes. Hundreds of desperate boys and girls annually come to its foot to try their hand and climb to the top of the steep wall.

In the village of Simeiz there is a huge number of cafes for every taste. Here you can buy food in stores and fruit from local merchants. On the observation deck, before the start of the path to the top of the “Cat” is a souvenir market. Here you can also buy sweets, fruits, vegetables and have a snack in a simple street cafe.

If you are going to go to the top, bring a supply of water and a snack. The trip will take 1.5-2 hours. Be sure to wear comfortable clothing and shoes.

The mountain can be admired at any time of the year and in any weather. However, in autumn and winter, climbing to the top is fraught with additional risks: ice, snow, slippery rocks and blurred trails. I recommend visiting this place in spring, summer and early autumn.

Mount Koshka nature reserve is a stunning place with many unique natural and historical sites. Here you will find entertainment for every taste: from walking in the fresh air and swimming in the sea, to climbing routes and watching the starry sky!

Mountain cat-as if, attracts to itself and plunges into a wonderful atmosphere, where there is a place for everyone.