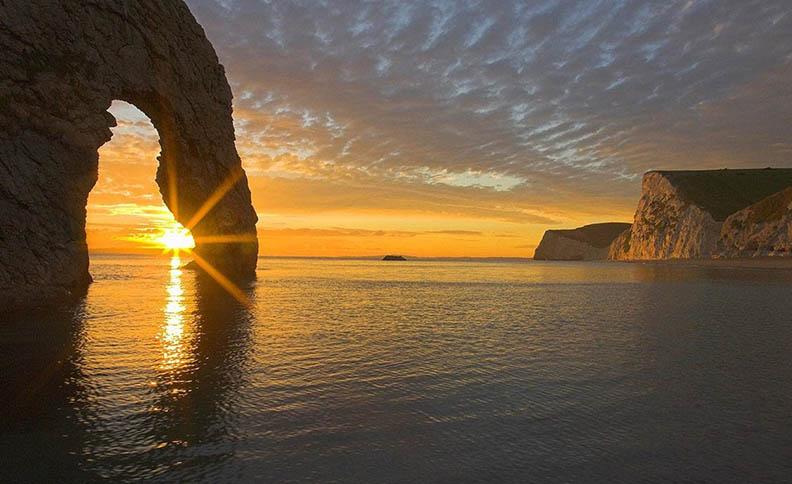 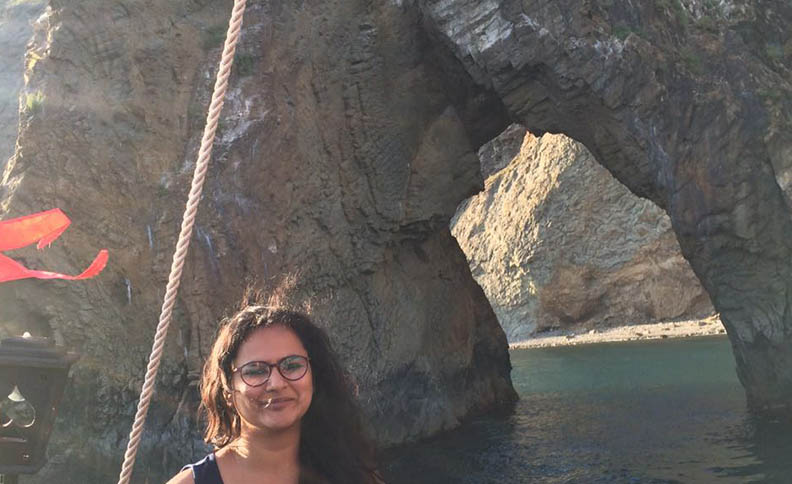 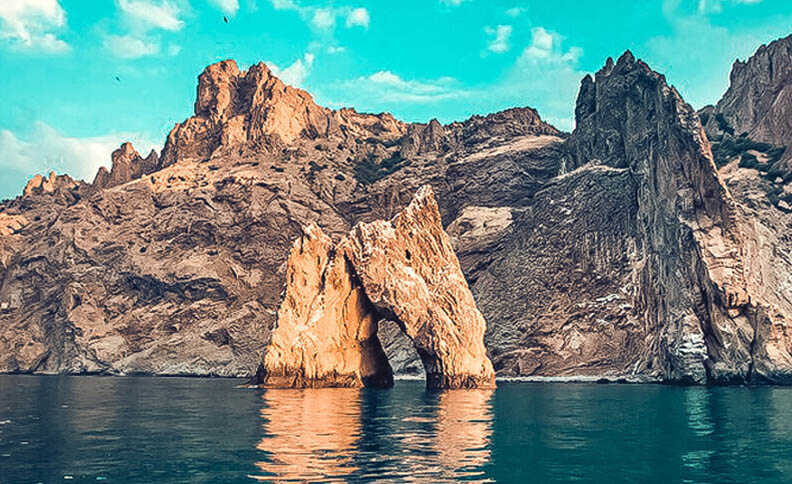 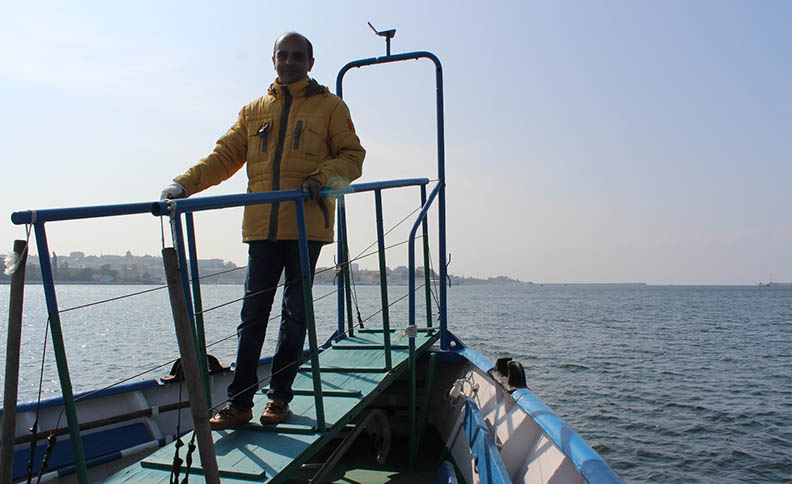 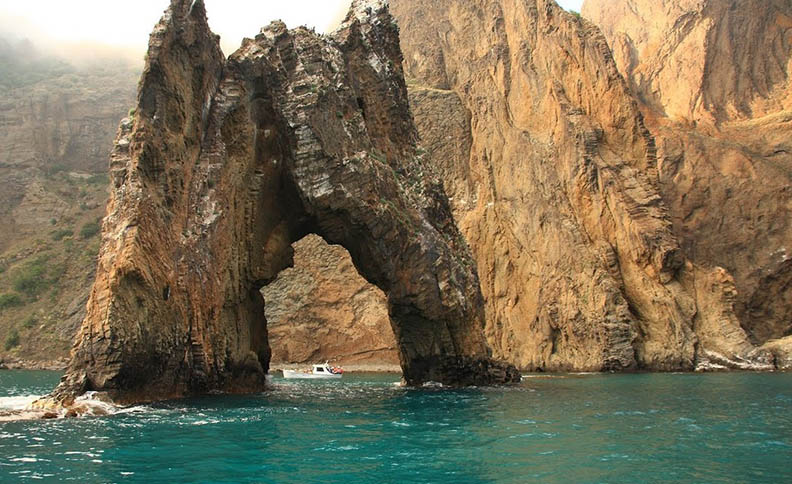 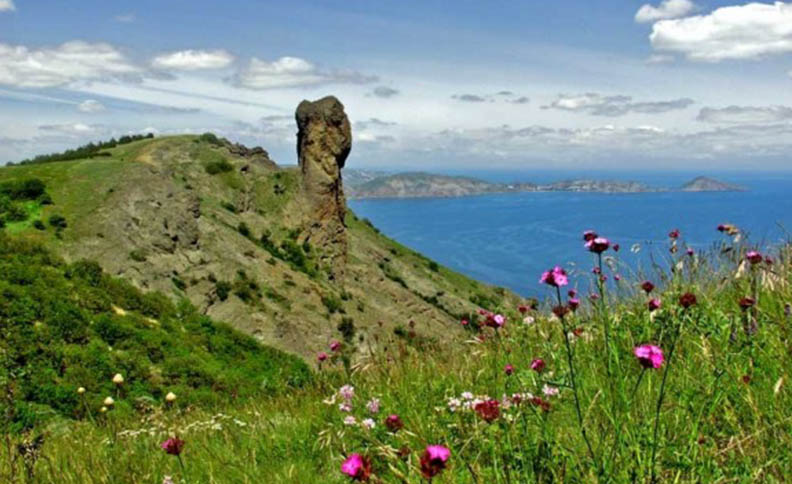 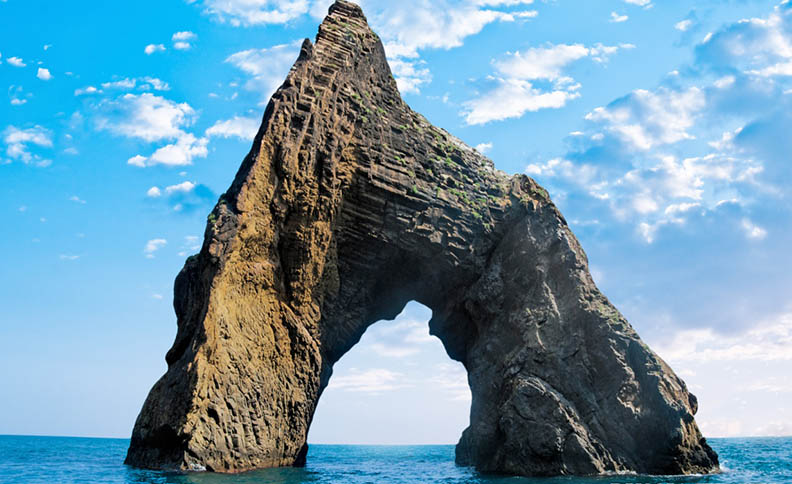 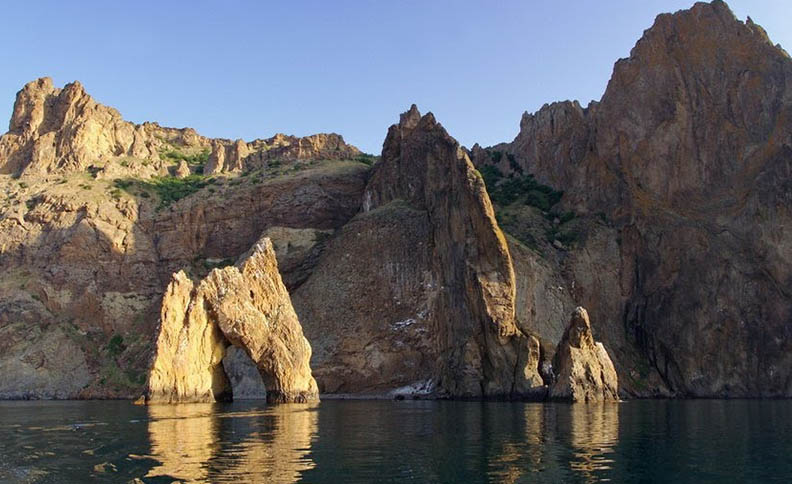 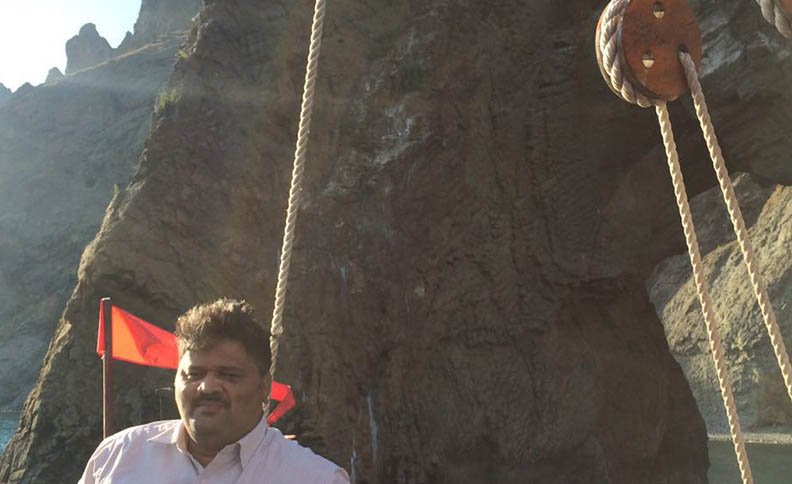 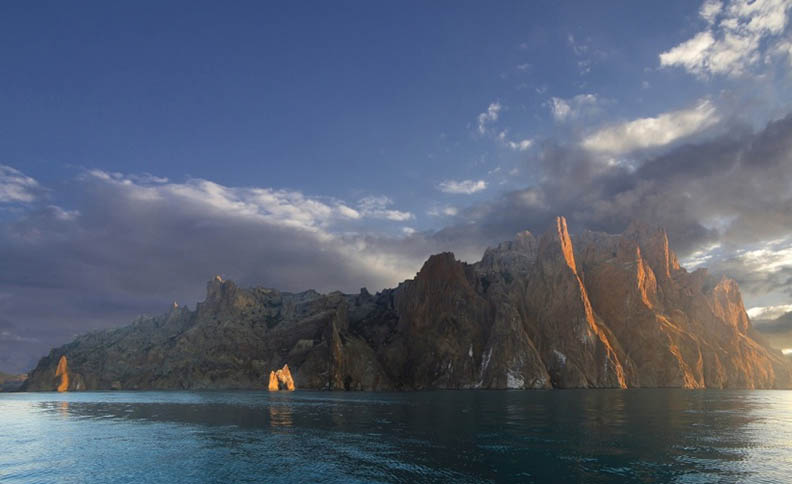 Karadag is one of the oldest extinct Volcano in Europe.

“Dead City “-so aptly and expressively called a chaotic pile of rocks on the ridge” hoba-Tepe “(translated from the Turkic” Peak with caves”), which rises above the sea for 440 meters unapproachable monolithic basalt wall. This is truly the most mystical place in Karadag. many people consider it the most beautiful and fantastic place on the territory of the Karadag reserve

“Hoba-Tepe” is a ghostly Kingdom of whimsical stone peaks that scratch the sky, walls, towers, columns, ruins, as well as grottos and caves — gates to the ghostly, otherworldly worlds, striking with its pristine mysterious beauty.

In this place once stood the ancient sanctuary, where sat the Oracle – a wise man. It is said that since ancient times stone statues were worshipped as deities and offered sacrifices, and the remains were dropped from a height of 280 meters to the “Golden gate”. The “dead city” is also considered a place of power, where various mystical phenomena that defy scientific explanations still occur.

The ruins of the ” Dead City “were used as an alien landscape in the Soviet film” Moscow-Cassiopeia ” (1973).

The main attraction of Kara-Dag is undoubtedly the Golden gate. It is located just beyond Robber Bay. The rock sticking out of the water near the shore is cut through by an arch of natural origin.

The Golden gate is also called “Shaitan-Kapu” — “Devil’s gate”. The depth below them is 15 meters. Height above the sea-8 meters, width-6 meters. The rock appeared as a result of the impact of the surf on it. The gates are yellow basalt, so at two or three o’clock in the afternoon they glow like gold, hence one of their names.

You can see the sunrise through the Golden gate of Kara-Dag only a few days a year, closer to the winter solstice. The gate is guarded by a stone lion, and Lion Bay is closed by a rock lighthouse.

Sea excursions to Kara-Dag are conducted from almost all coastal cities of the Crimea, but most regularly − from Koktebel or Feodosia. At least once in your life, you need to experience this beauty.