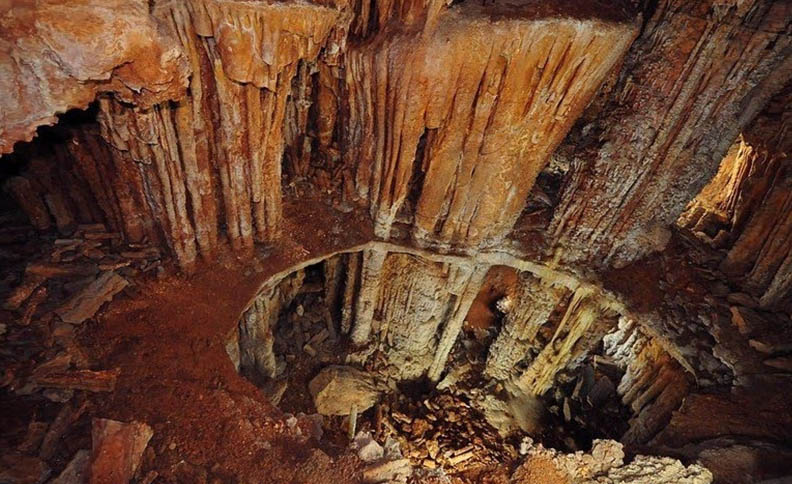 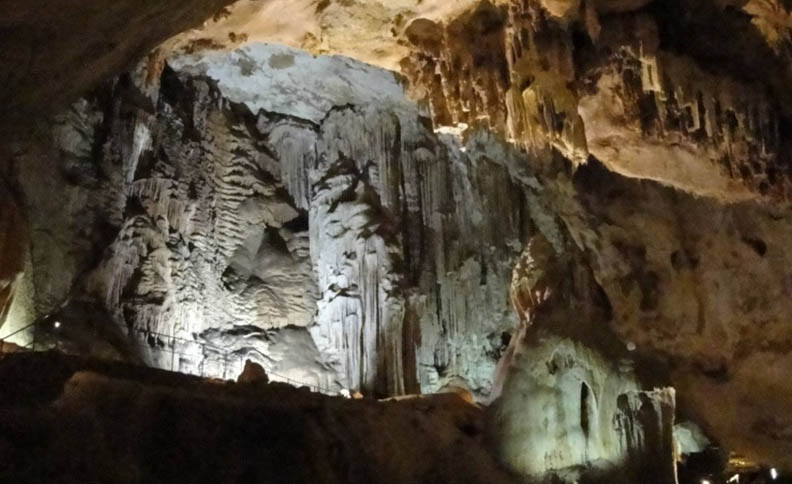 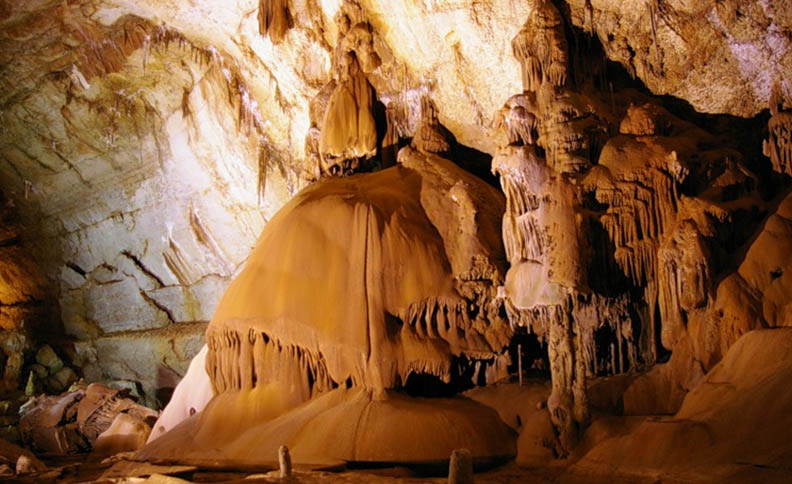 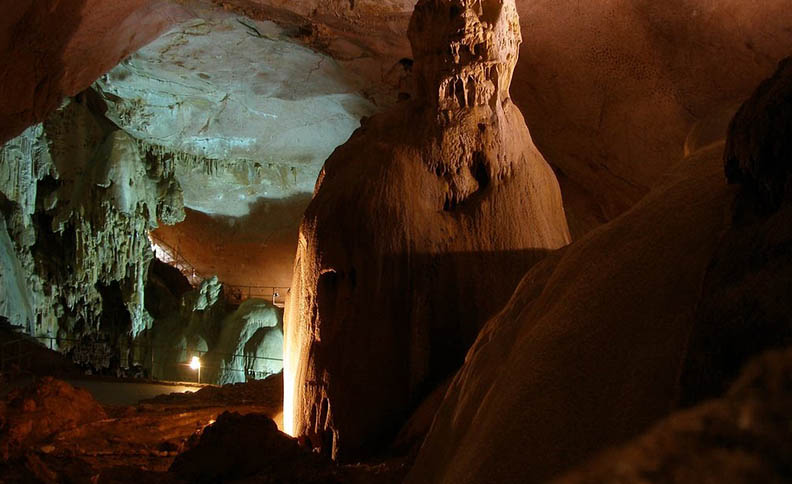 Emine-Bair-Khosar cave (or Mammoth cave) is one of 150 karst caves located in the lower part of the Chatyr — Dag mountain range, near Simferopol. This is one of the most beautiful and unusual caves in Crimea and can compete in beauty with the famous Marble cave, located a kilometer away. Scientists continue to explore the depths and reaches of the cave even toay. Thanks to their efforts and the inaccessibility of the cave, the landscape of Mammoth cave remains almost untouched, even though constant visits by tourists are extremely rare. This cave is also unique in its variety of calcite formations and deposits. In the cave you can admire not only formations of different colors, but also stone waterfalls and various stalactites and stalagmites.

The total length of the cave “Emine-Bair-Khosar”, consisting of five levels, is 2 kilometers. The highest level is located at a depth of 30 meters, and the lowest — 180 meters.

A smooth path leads through the stone halls of the cave, but once water bubbled through dozens of galleries, large and small halls, and narrow holes. Water dripped and ran down the walls for millions of years. And as a result, the cave “Emine-Bair-Khosar” formed its current fabulous beautiful form.

Through the Northern gallery of the cave, the path leads to the main cave hall, which not only impresses with its size, but also with its flowing wall decoration and a beautiful sinkhole. Then the path leads to the” lake hall ” of the cave, where a real lake is spread out under your feet. Its depth varies depending on the time of year, but on average it is 6 meters. Air and water have a constant temperature regardless of the season. A cave that no one must ever miss, complete must go place in Crimea! See you underground soon!