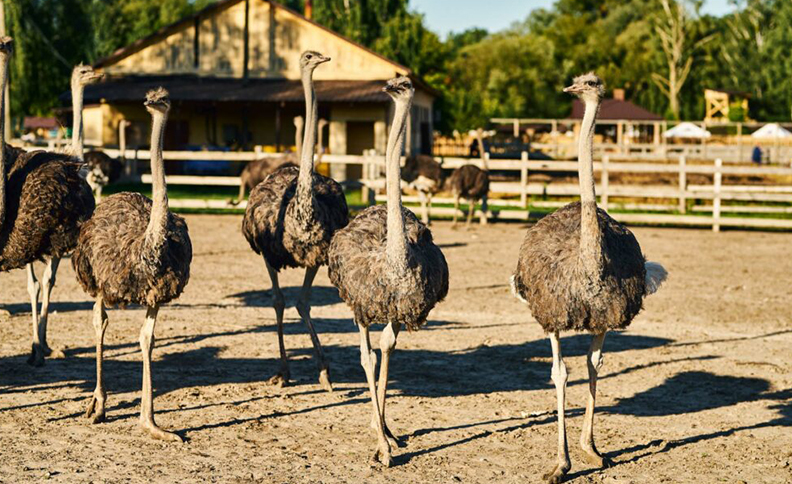 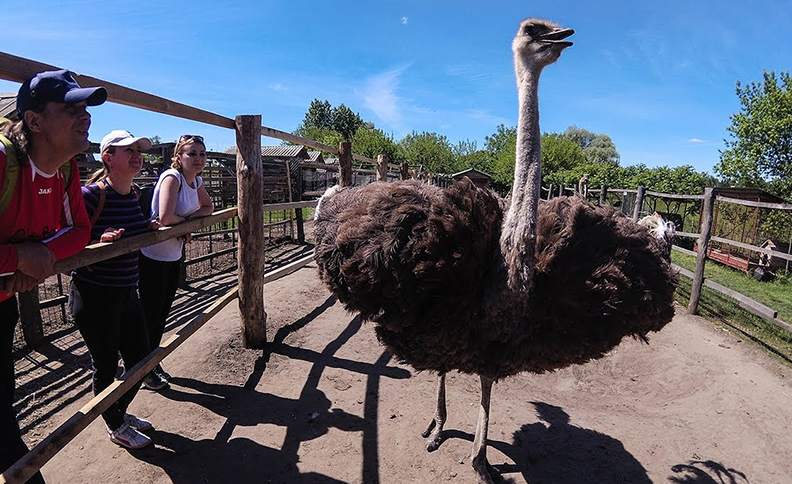 Almaty region is famous for its unique national parks. One of such relic places is the – Alatau National Park. It is in this national park, 70 kilometers from Almaty, that the Turgen Gorge is located with its thermal health springs, apple orchards, vineyards, waterfalls with the purest mountain glacial water. One of the waterfalls is called Bear, the height of the water drop reaches thirty meters. Traveling through the Turgen gorge, you can see many springs, Saka mounds, a monument to the Golden Man, a Trout farm, an Ostrich farm.

Ostrich Farm
On the way to the Turgen Gorge, an ostrich farm settled down. The farm was built in 2001, ostriches were imported from Africa. To date, these birds have adapted to the local climate, They perfectly tolerate the Almaty weather. An adult ostrich is taller than an human, weighing more than a hundred kilograms. The bird develops a speed of up to 60-70 km/h. The kick is so strong that it can seriously injure or even kill a lion. With a red beak and black feathers — male. The female is more pale and small, friendly, even gives herself a pat. The mating season for ostriches is once a year. Ostrich feathers in the past were in great demand for the manufacture of ladies’ hats, fans, fans, and now they are used as souvenirs.
At the ostrich farm, you can take pictures with ostriches, try outlandish, unusual meat and buy ostrich eggs.