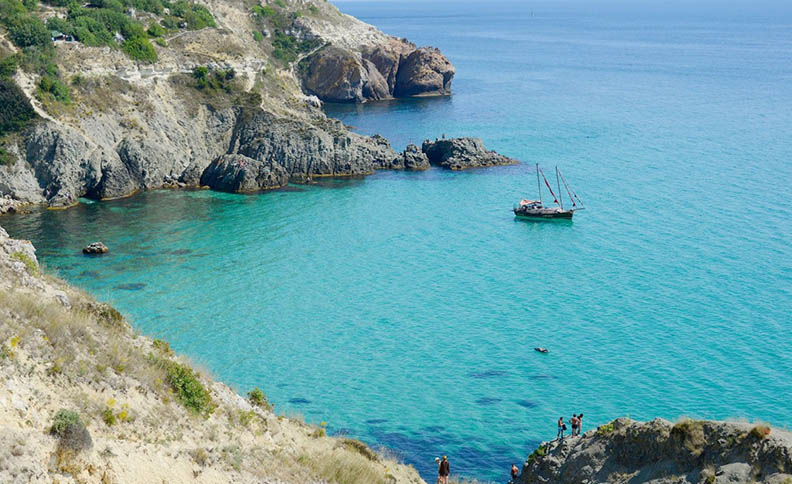 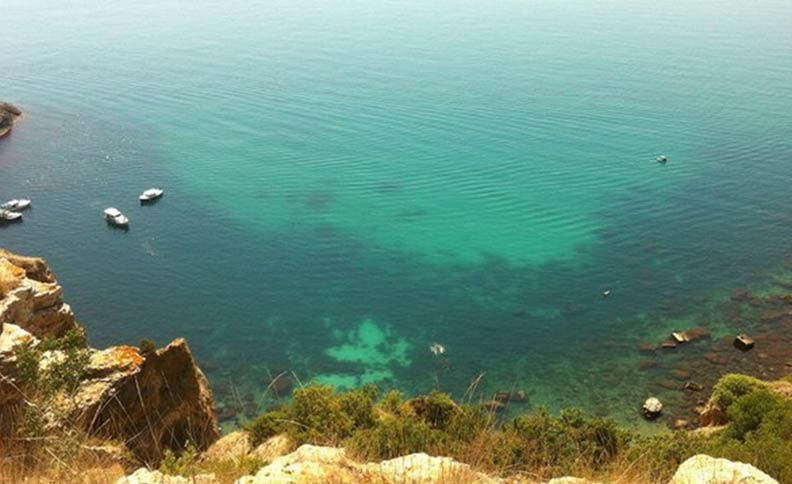 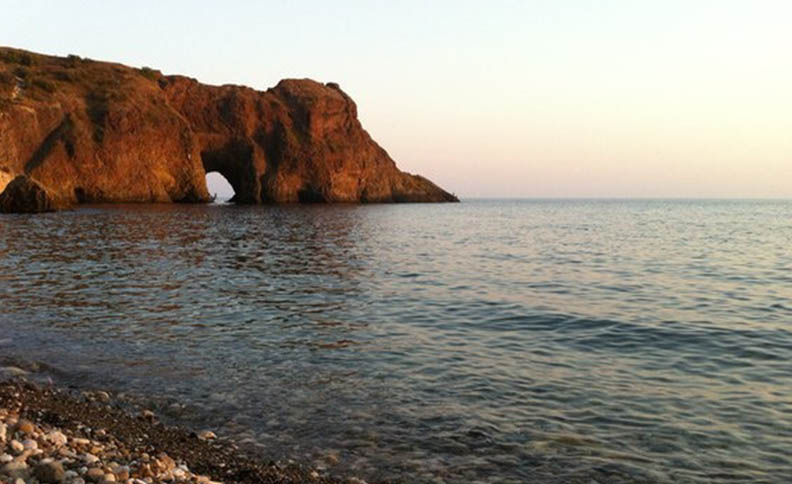 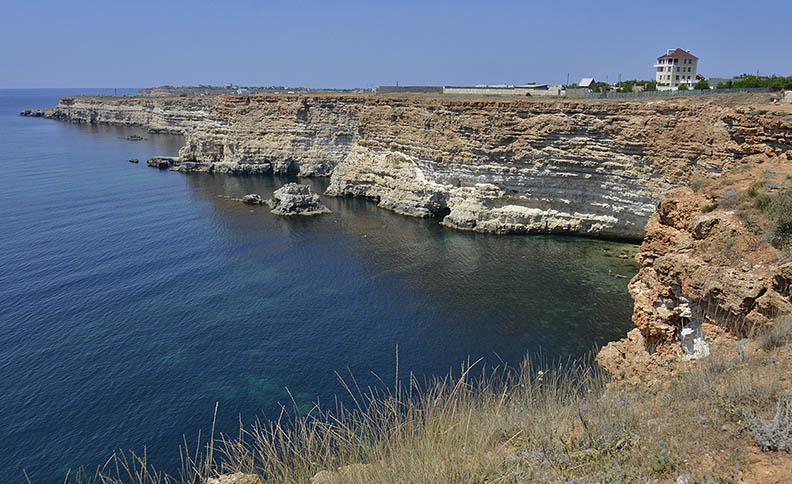 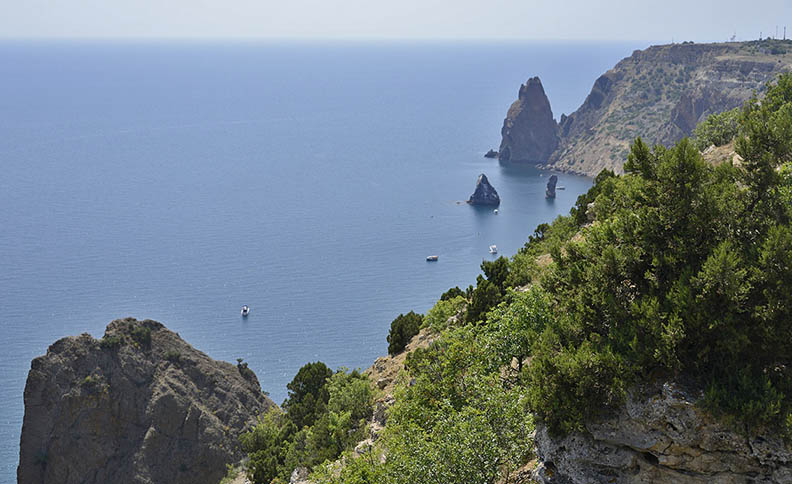 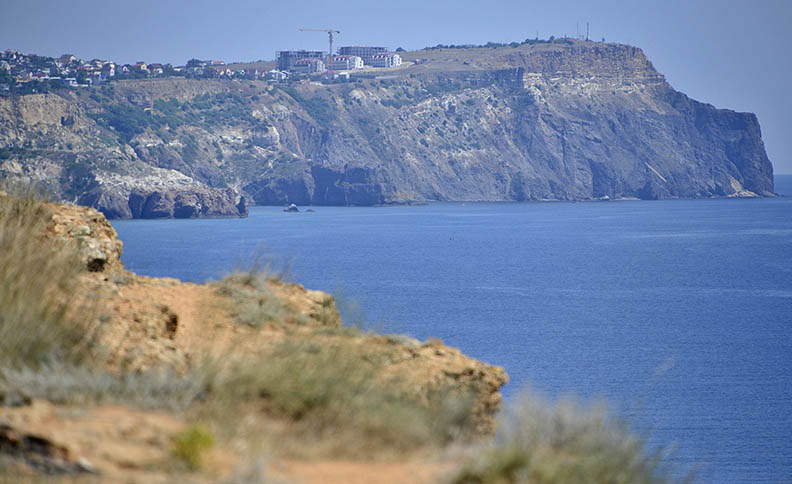 Disputes between experts about the correct spelling of the name of the Cape-Fiolent or Feolent have not subsided until now. According to one version, the name Feolent consists of the word “FeO”, which means “God” and the word “lent” (land), which means “God’s land”, as a result of which the word acquires the meaning “divine land”. According to another, the name comes from the Italian word violente — “violent” because of the frequent sea waves near the Cape. Another theory derives the name from the Turkish word felenk, which means a ramp for launching ships.
Cape Fiolent — the South-Western tip of the heracleian Peninsula. The remains of an ancient volcano that existed here more than 150 million years ago protrude from under the limestone near the sea. The shore of the sea at Cape Fiolent is very amazing for its bizarre rock formations, pebble beaches and clear, emerald green water.