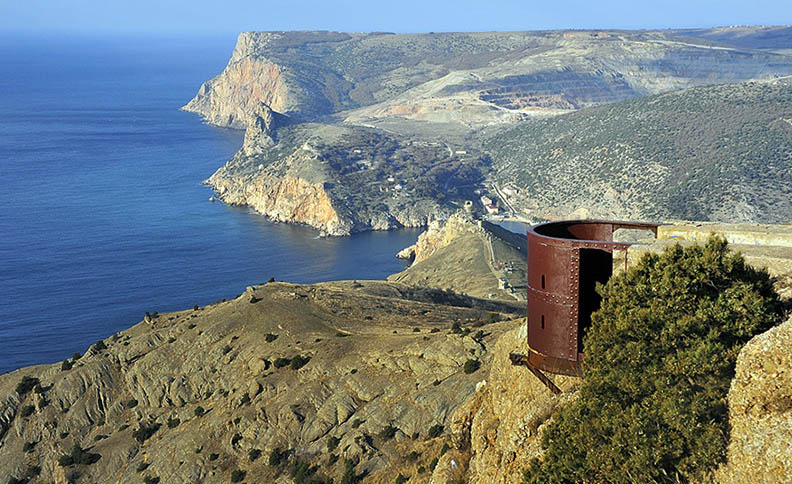 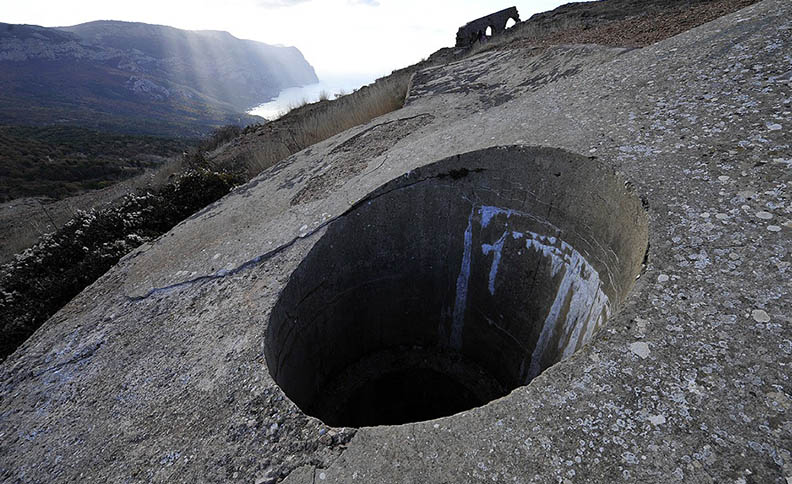 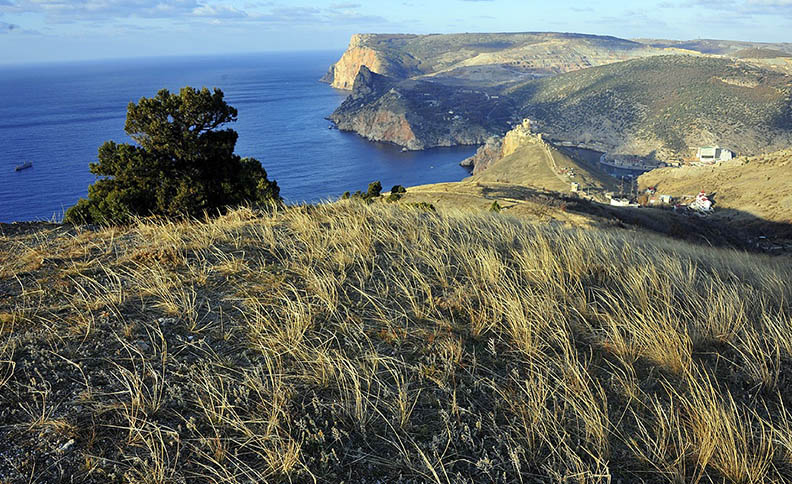 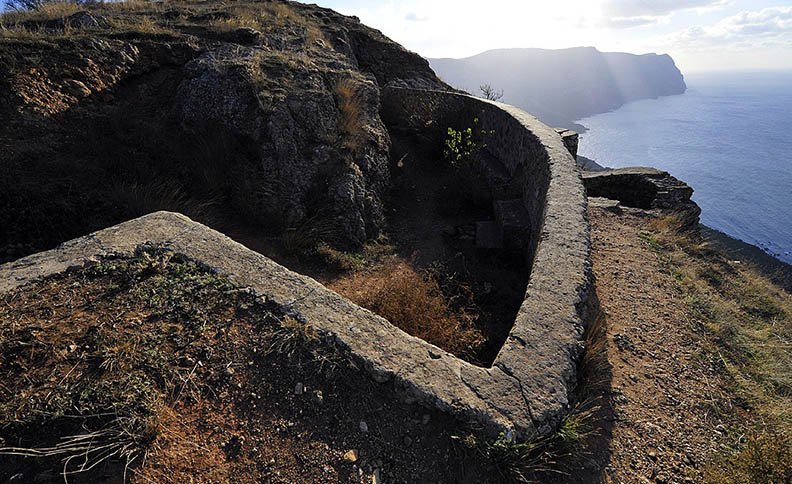 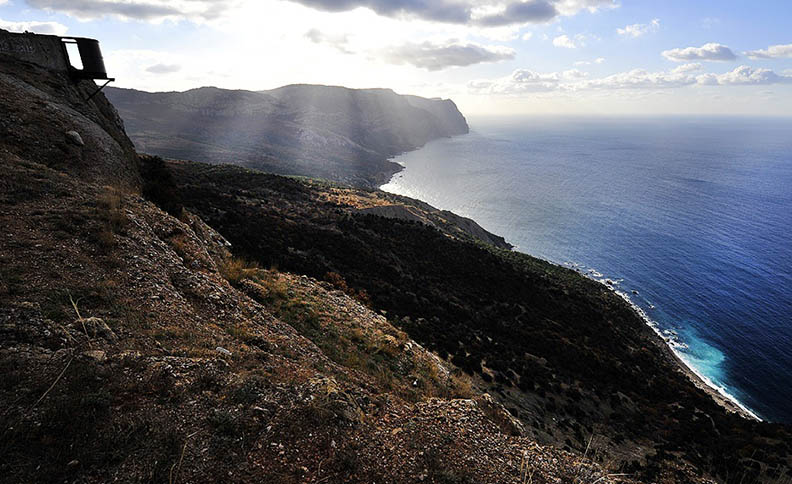 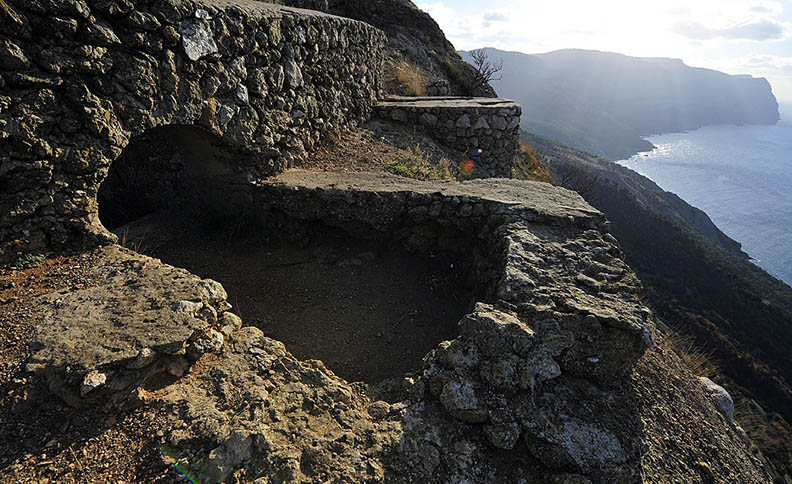 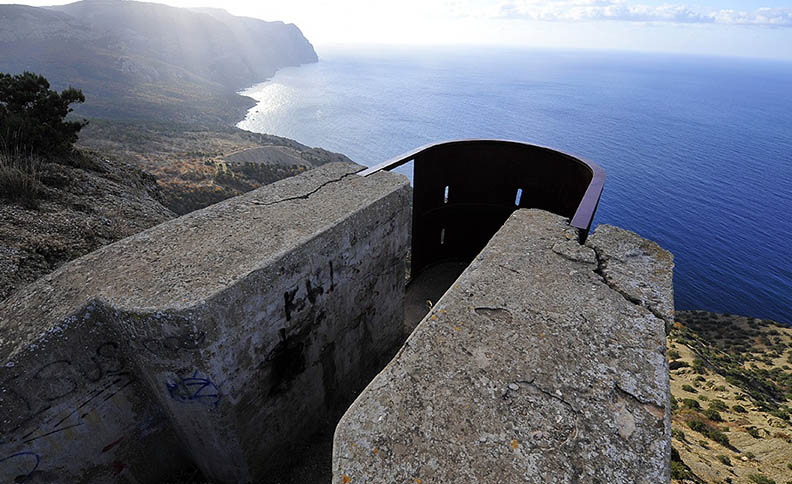 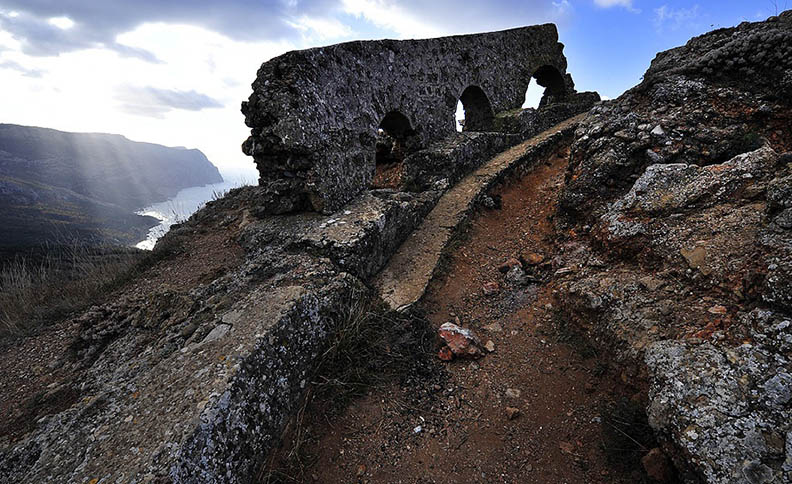 The first fortifications in the mountains near Balaklava were built by British allied forces in the middle of the 19thcentury. The Fort itself, which was part of the system of Southern Forts for the defense of Sevastopol, at the beginning of the twentieth century was a system of reinforced concrete structures with loopholes for rifle shooting, casemates that were connected by a moat. With the onset of world war II, the fortifications were improved by engineer Polyansky.

Famous among local residents and tourists Fort “southern Balaklava”, or rather the object “Barrel of death”, brought a sinister legend that from there in 1941-1942, the Nazis dumped captured sailors and red army soldiers. This scene was captured on one of his paintings by the Sevastopol artist V. K. Kovalenko. However, the authenticity of such events has not been confirmed so far: rock climbers who examined the area under the “Barrel of death” have not found the remains of possible victims.

The forst is no longer in use but it is there to enjoy and most of all the nature and views from the fort are to die for. One of the most picturesque location in Sevastopol, Russia.