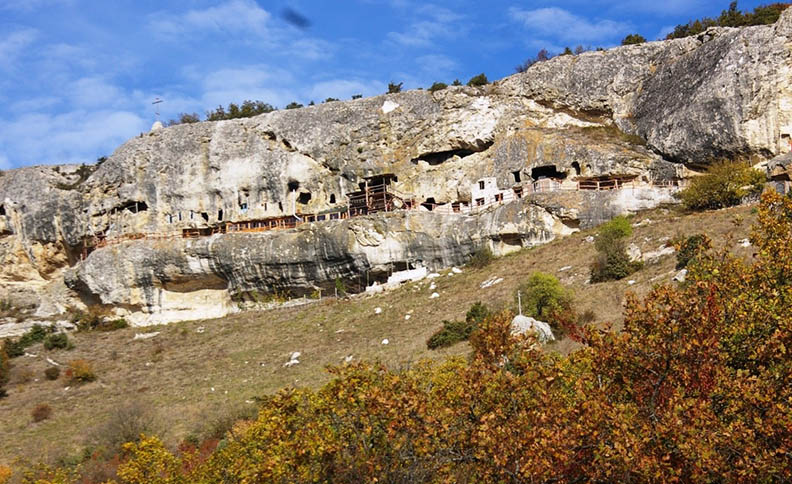 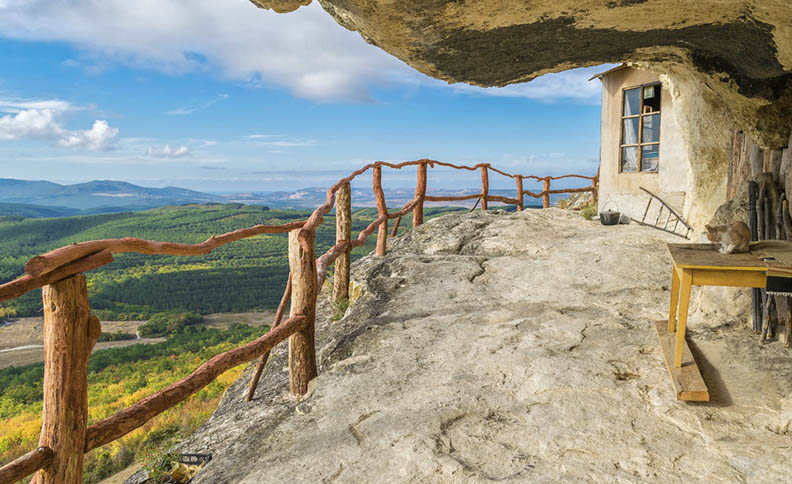 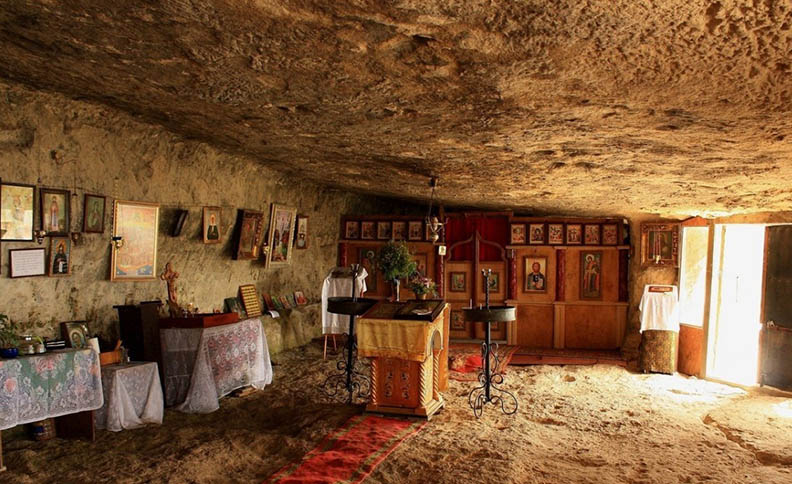 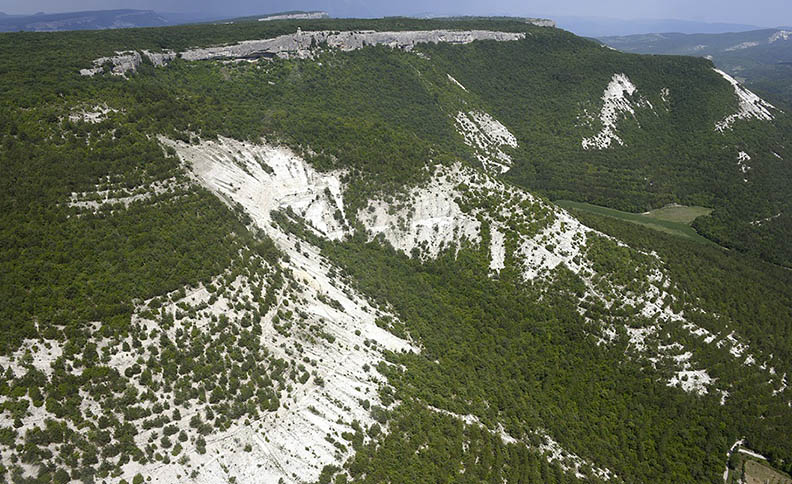 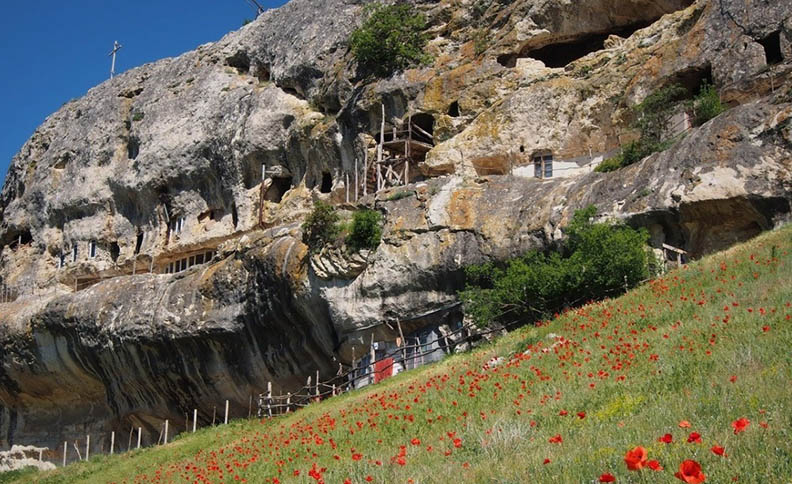 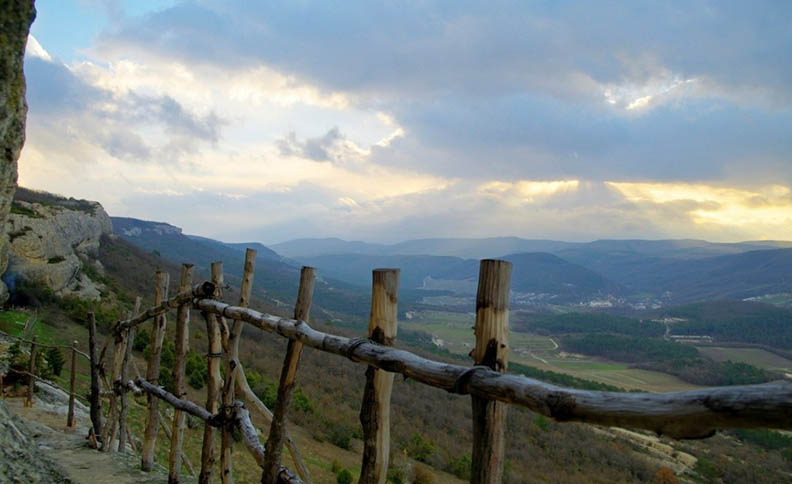 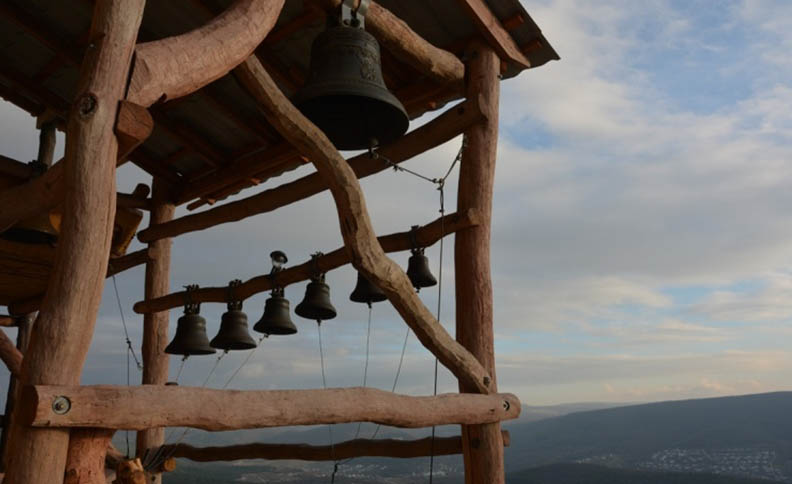 Chelter Marmara monastery is the largest cave monastery in Crimea. It is located in the picturesque Kara-Kobin valley. Chelter-Marmara means “marble lattice”. The same name was once given to a medieval village located on the slope of a mountain. If you look closely, you can still find fragments of ceramic dishes or tiled roofs on the paths.

Many Christian churches in the Crimea appeared on the very places that were considered sacred in paganism. One of these structures can be called the cave monastery of Chelter-Marmara, which appeared in the 18th century.

From afar, you can see five tiers of caves in a 40-meter cliff. Outside, the monastery is equipped with a system of wooden stairs, balconies and passages between the tiers and separate entrances to the caves. About fifty caves — four churches, cells, refectory, utility rooms-have been preserved in good condition. Thirty others were badly destroyed. Some of them are inaccessible, and you can only get there with special equipment.

However, now the cave monastery of Chelter-Marmara is experiencing its revival. The recently empty caves and caves were inhabited by monks who lead a hermit’s life. They restore staircases, insulate cells, and run a subsidiary farm. The brothers use depressions cut in the rock by ancient monks to collect water and store grain.

On the second level of the monastery complex there are eight largest caves. Here is the largest cave temple in Crimea with an area of about 150 square meters with an altar, font and even graves. It is located in a natural, as if specially created by nature, karst cavity with several stone columns. Now the main temple of the monastery has been restored, and the iconostasis has been updated in the ancient likeness.

The third tier of the monastery was almost completely devoted to residential cells. On the fourth floor, all types of premises were located at once — both residential, religious, and economic. It is assumed that this floor was occupied by the Abbot of the monastery. At the entrance to the fifth level, there is a small niche, which most likely served as a chapel.

The monks who live in the monastery of St. Sava the Consecrated located in Chelter-Marmara are sure that this place is still particularly blessed. It brings peace and distracts from the worldly bustle. The spiritual hospital — as the monastery is called by the Holy fathers-helps to be cleansed from all sins.