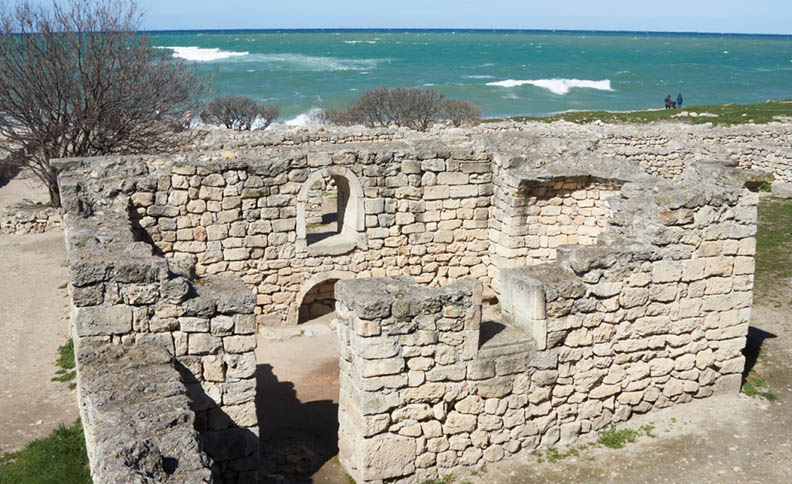 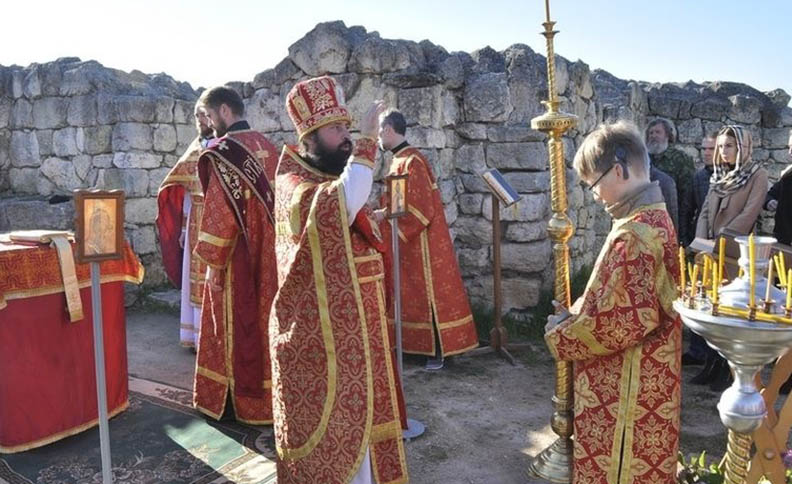 The Church of the Blachernae Icon of the Mother of God on the Necropolis of Saints near Chersonesus in the Quarantine beam is one of the oldest Christian churches on the territory of the Russian Federation. The necropolis of the saints is the site of the first burial of Pope Martin, as well as the site of the discovery of a Byzantine mosaic, and, according to some historians, the place of the baptism of Prince Vladimir’s squad.

Initially, the temple was of the centric type (with the so-called Central altar) – cruciform in plan. Its peculiarity is the absence of an Eastern apse and the presence of four entrances on the end walls of the branches of the cross. Later, it is rebuilt into a regular temple, and the floors are covered with mosaics. In the center of the mosaic composition-the symbolism of the Sacrament of Communion: kanfar (Cup) with two peacocks, from kanfar grow two vines, on which sit doves. The rest of the square is filled with medallions with images of birds, fruits, and flowering branches “borrowed from the vegetable and animal kingdoms.” After removing the mosaic floor under it, the remains (the altar part) of a small, earlier temple, probably founded in the 5th – 6th  centuries, were revealed. In 1953, the mosaic floors were removed and moved to the Chersonesos Museum (in the interests of preservation). In 1972-1973, they were placed in the Museum courtyard of the Museum-reserve “Chersonesos Tauric”.

The temple is located half a kilometer from the entrance to the reserve “Tauric Chersonesus” and is part of a supposedly rebuilt in the 6th century mausoleum. The Church was surrounded by residential buildings, the complex was surrounded by a defensive wall with a tower and a siege well.

Presumably in the necropolis, next to which appeared in the Blachernae Church, were buried three of the seven martyrs of Chersonese — the Agathodoros, Eugene and Elpidia.

Visit the grand locations like Church of Blachernae Icon of Mother of God on Necropolis of Saints and loads more that Russia has to offer!
Contact us @ Russian Info Center to Book  Russia Tour
Choose from flights ex Delhi, Mumbai & Calcutta