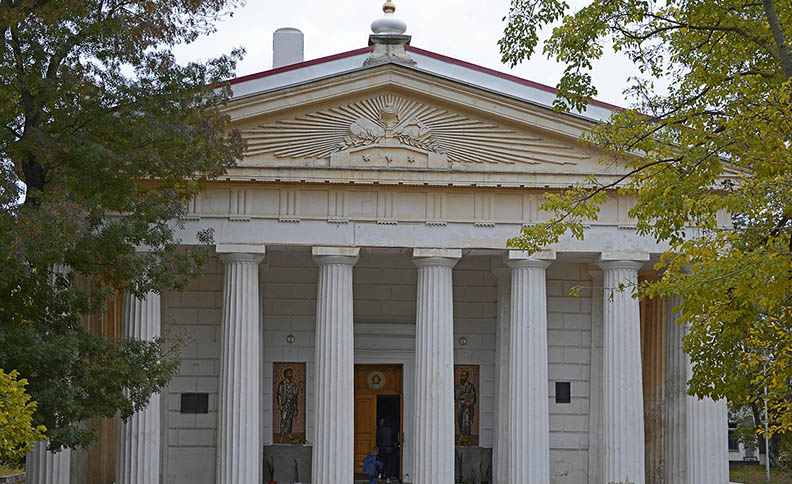 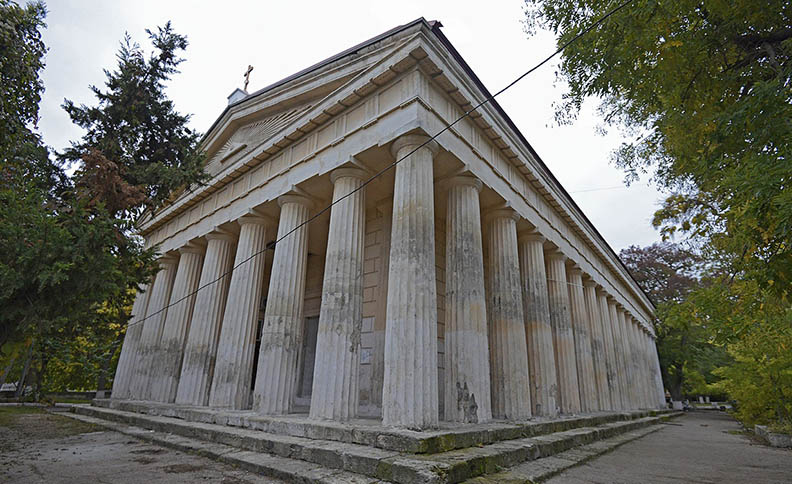 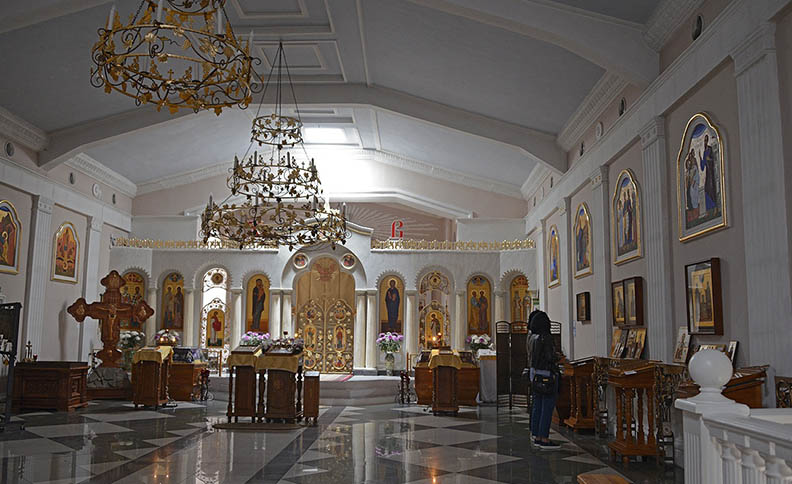 Peter and Paul Cathedral, located on the Central hill of the city, is absolutely different from traditional Orthodox churches. It was created in the style of the ancient Greek temple of Theseus in Athens.

In the 40s of the 19th century, when John Upton designed the layout of the city hill of Sevastopol, Admiral M. P. Lazarev had the idea to build a temple here in the ancient Greek style. Its construction began here in 1839 under the project of an engineer-sub-Lieutenant of the marine construction Department V. A. Ruleva on the site of an old dilapidated wooden Church built in 1792.

The Church was consecrated on September 5, 1845, a year after the construction was completed.

At the entrance to the temple, life-size statues of Peter and Paul were installed by the Italian master Ferdinand Pelicchio. These were copies of statues by the famous sculptor Thorvaldsen, created in Italy for the city of Carrara.

During the Crimean war, services were held here almost until the end of the defense, but as a result of the bombing, the building was severely damaged. Restoration work of the temple began only in 1889 at the expense of patrons.

After the fall of the Romanov dynasty in 1917, the Church worked and was closed only in 1931. He survived the second world war without significant damage. Before the war, the archive was located here, from 1946 to 1957 it hosted performances of the Lunacharsky theater, and then the City house of culture was located. Currently, the Church building has been transferred to the community.

Visit the grand locations like Peter and Paul Cathedral and loads more that Russia has to offer!
Contact us @ Russian Info Center to Book  Russia Tour
Choose from flights ex Delhi, Mumbai & Calcutta