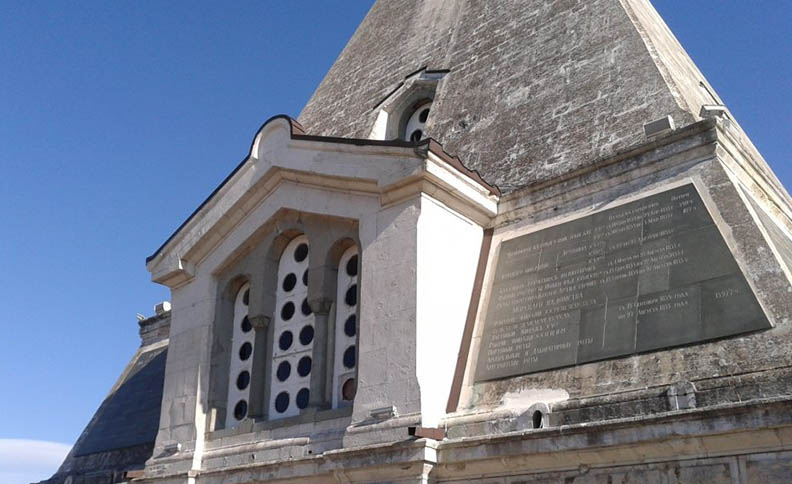 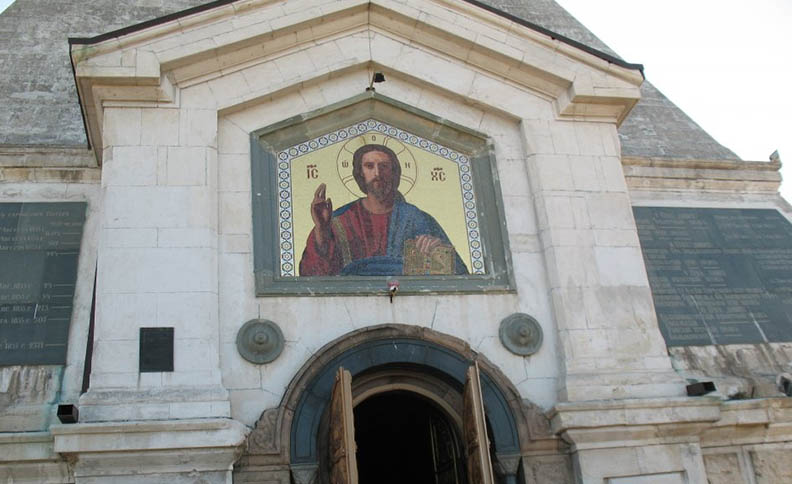 The Church of St. Nicholas the Wonderworker in the Bratsk cemetery was built on public donations in honor of the defenders of Sevastopol who died during the Crimean war of 1854-1855. The architect A. A. Avdeev was awarded the title of academician of the Imperial Academy of Art for this work. The Church was founded in 1857 and consecrated in 1870.

The temple in the form of a truncated pyramid is crowned by a massive cross made of polished diorite. The height of the pyramid is 27 meters. On the outer faces there are marble plaques that list the regiments that took part in the defense of the city, the time of their arrival, the number of soldiers and the number of those who died in the battle. Inside, 38 plates with the names of 943 dead officers are fixed on the walls. During the Second world war, the upper part of the Church was destroyed, the cross collapsed and split. Restoration started in 1968. Since 1989, worship has been resumed in the Church.