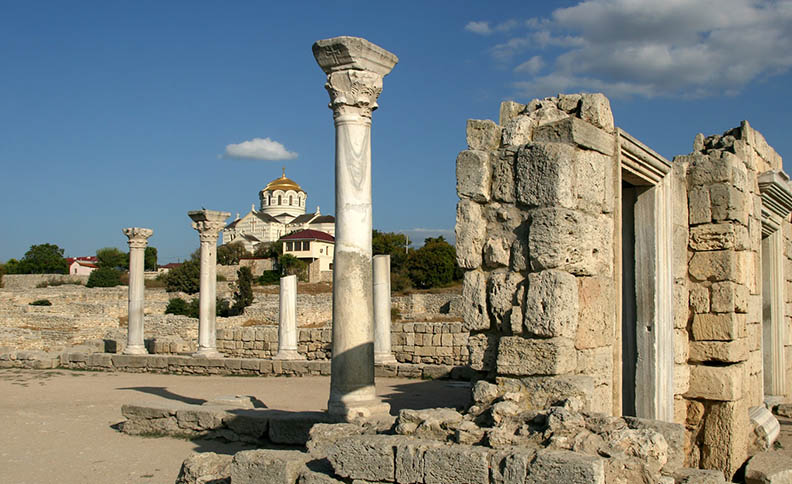 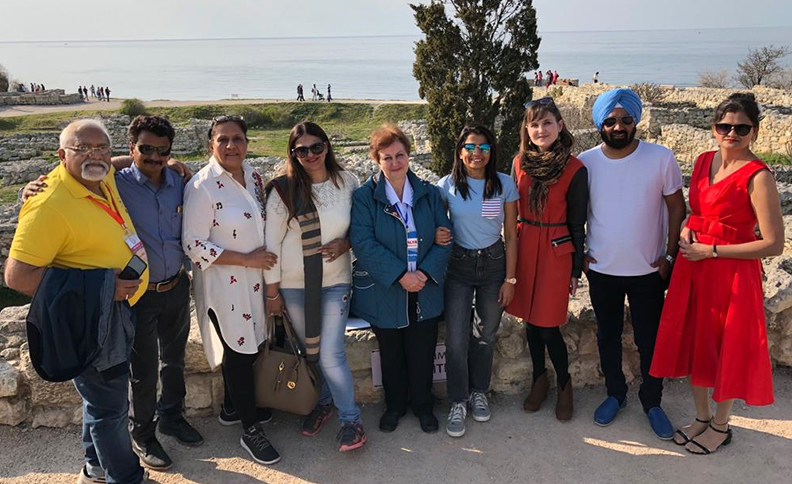 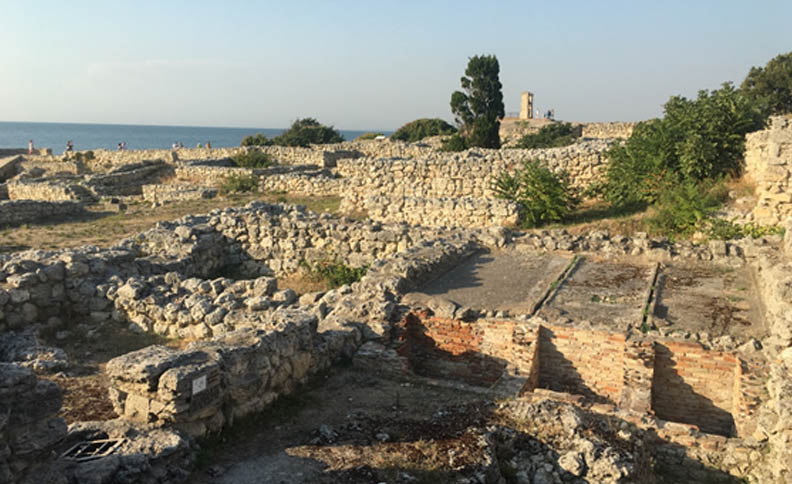 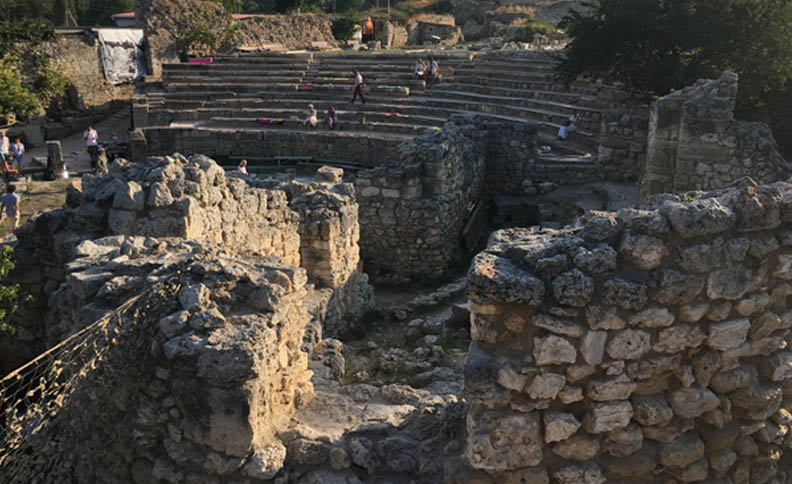 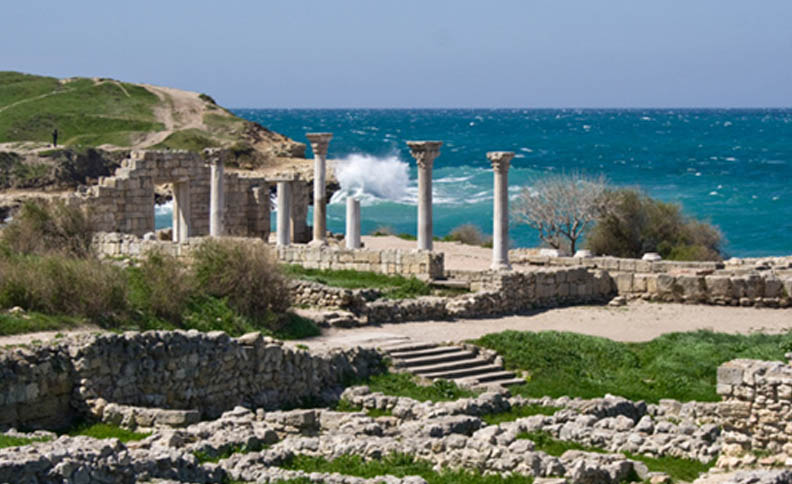 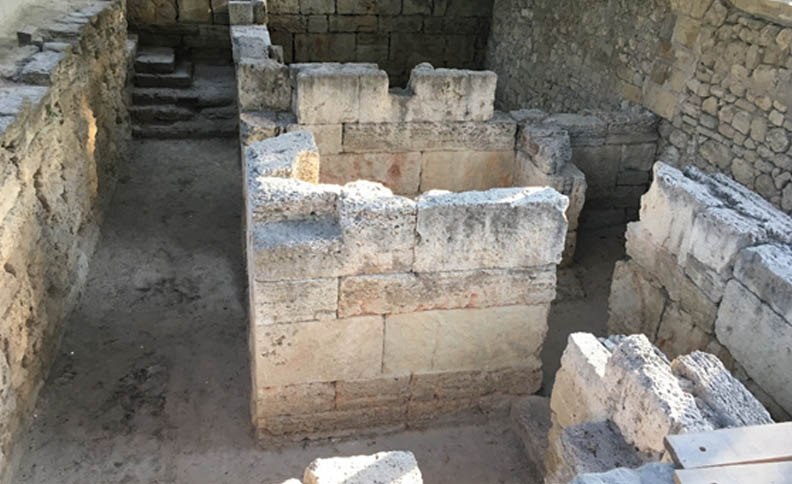 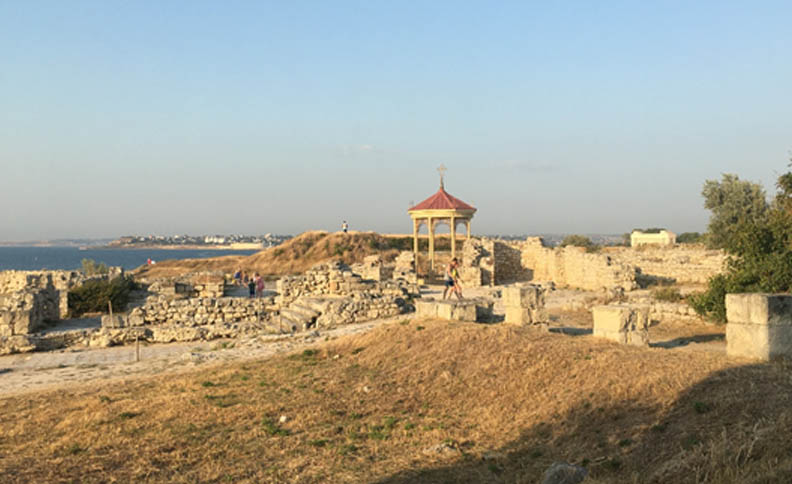 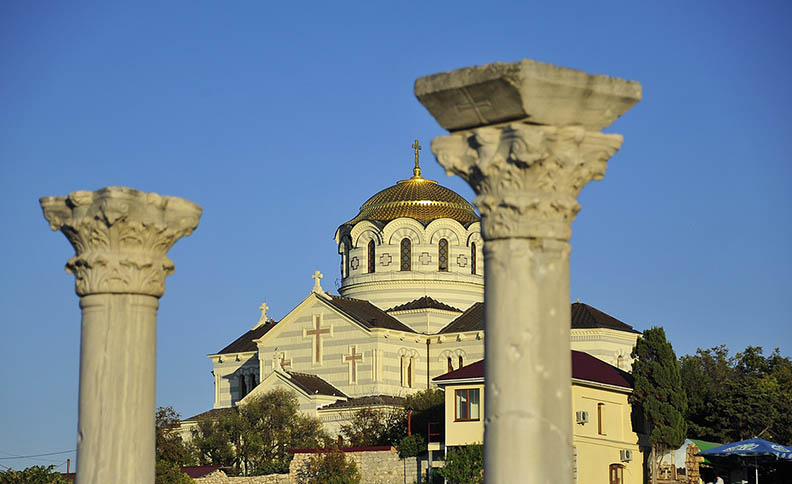 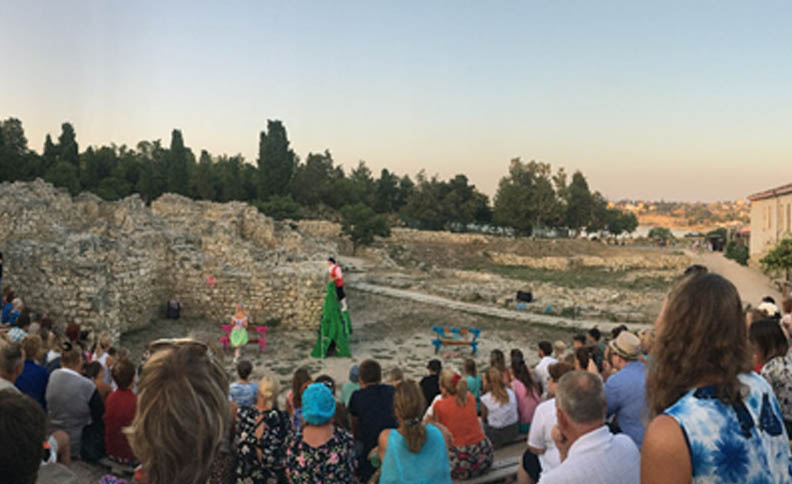 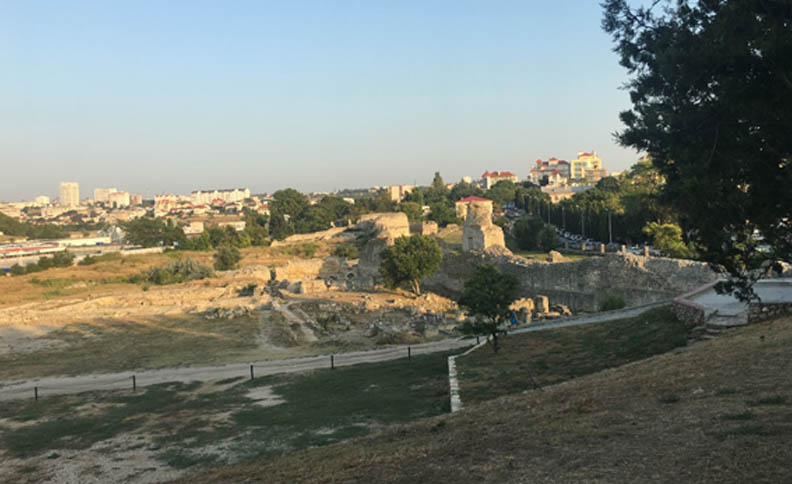 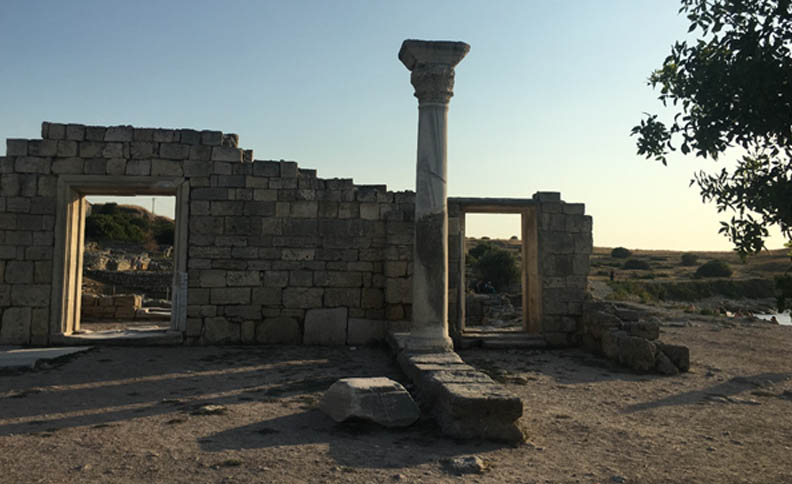 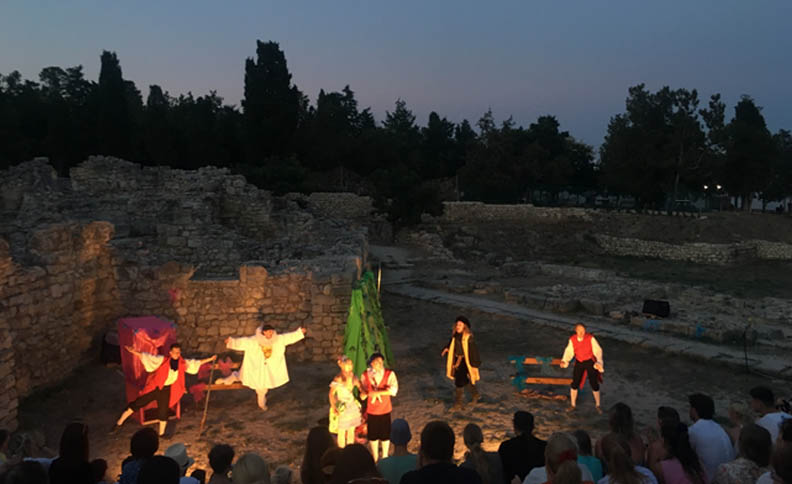 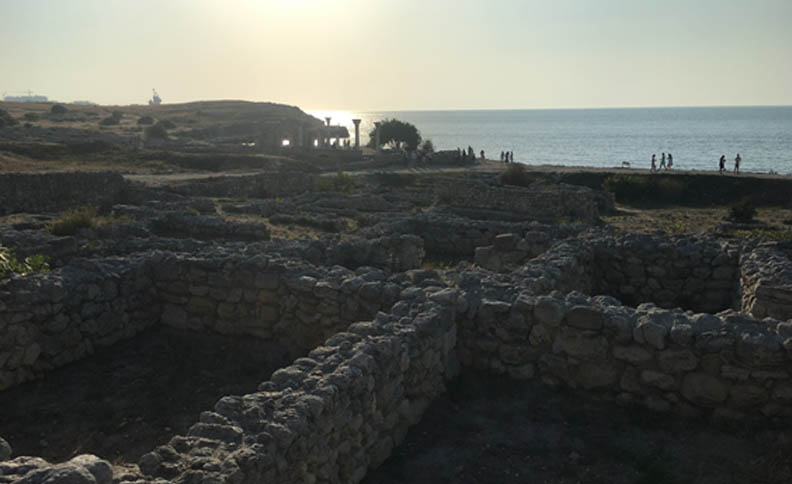 This place causes considerable interest – the beautiful city of Chersonesos. Words cannot convey the feeling that enveloped anyone who went to the pier near the Black Sea along the main street of the ancient city of Chersonesos and saw moored galleys from Rome and Byzantium. There the voices of street vendors came, breaking through the cries of flying gulls, and the waves splashed on the pebbles on the shore, like 25 centuries ago.

Crimea is a truly unique place on the territory of the Russian Federation, where antiquity and modernity are intertwined. In Crimea, tourists can relax on the beaches of the Black Sea coast, as well as visit various attractions.

Visitors to the resort city of Sevastopol can see the ruins of the real ancient city of Chersonesos, which is located on the south-western coast of the Crimean Peninsula from the 5th century B.C. Today, on the site of the ancient city is the historical and archaeological reserve «Tauric Chersonesos». This place is the main attraction of Sevastopol and a historical monument of world significance.  Chersonesos with his choir is on the list of UNESCO World Heritage Sites.

Excavations of the ancient city have been going on for about 170 years. During this time, it was possible to restore the map of the city, present the structures of Chersonesos and also describe the history of the city from its appearance by archaeological finds.

Speaking of history, I want to say that, the life of one of the oldest surviving settlements began in 422 B.C. Immigrants from the Greek state of Pontus, located in Asia Minor, arrived on the Crimean Peninsula and founded a colony. The area was renamed by them to Heracles, since they decided to keep the name of their homeland. Such a big name could not save the settlers from the raids of the Tauri. When the enemies were repulsed, the warlike tribes gradually began to move to the center of the peninsula and after some time Chersonesus grew to a large size. By the middle of the 4th century B.C. Heracles were in a dispute with the Bosporus kingdom and they had to divide the lands of Crimea among themselves.

Soon, the ancient Chersonesus fell into the hands of the Roman Republic and the city became the “bargaining chip” of the political games of the Romans for many centuries, which ultimately led to its collapse. After the collapse of the Empire, this part of the peninsula passed into the hands of Byzantium. The city managed to survive the heyday of trade, handicraft, and until the beginning of the 18th century it was only rich. And then came the period of decline. Tauric Chersonesos came under the control of the Imperial Archaeological Commission and received a real recognition. The reserve territory was expanding, cathedrals, monasteries and other historical and archaeological sites were being built.

The ancient city of Chersonesos in Sevastopol is known for being a sacred place, where, according to legend, the Grand Duke Vladimir Svyatoslavovich was baptized in 988, the Vladimir’s Cathedral. Nowadays, many believers come to this holy place.

On the territory of the city was the Antique Theater, erected in the period of 3rd – 4th centuries. The amphitheater is designed for 3000 spectators, who saw the performances of gladiators and fights with wild animals, festive celebrations, ceremonies and public gatherings.

Being a great heritage of the past, the ancient city of Chersonesos remains one of the most sought-after objects of the history of antiquity. The museum-reserve presents expositions that will certainly be in interest of travelers of any age. Visitors have the opportunity to see the unique exhibits of the Ancient period, such as amphorae, attic black and lacquer ceramics, Ionian dishes and other items used in the household. In the particular interest are fragments of tombstones, some of which are still puzzles for scientists and researchers.

We sincerely recommend everyone to visit the amazing Tauric Chersonesos reserve and its environs. Have a good trip.

Visit the grand locations like The Tauric Chersonesos  and loads more that Russia has to offer!
Contact us @ Russian Info Center to Book  Russia Tour
Choose from flights ex Delhi, Mumbai & Calcutta