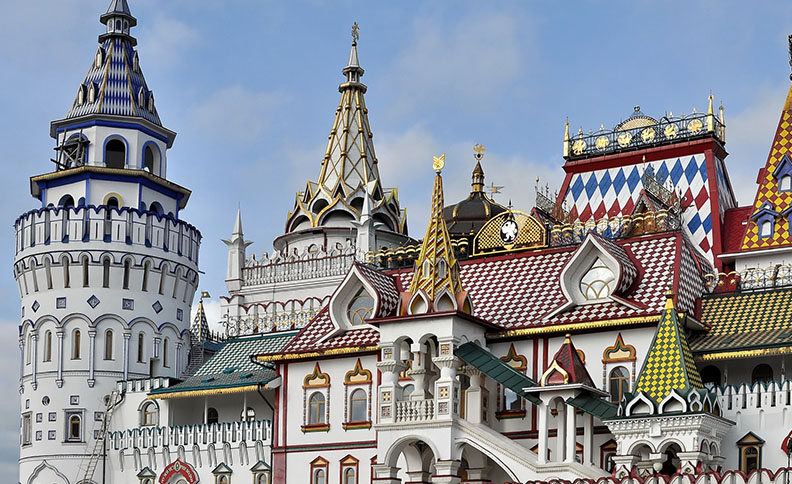 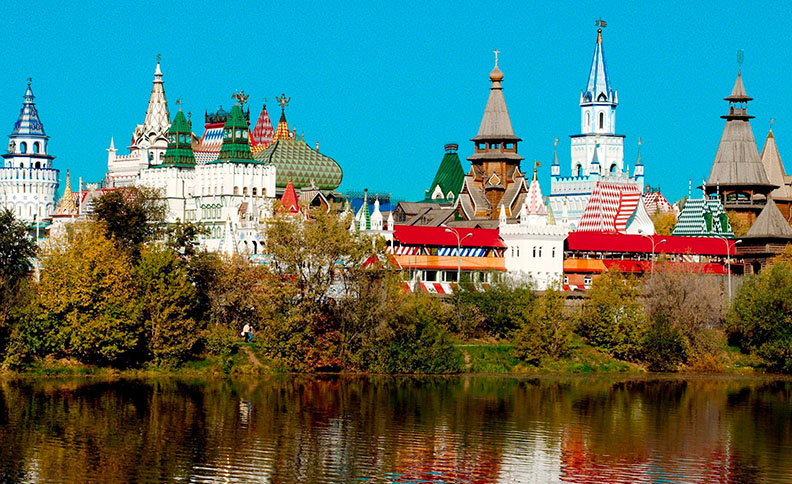 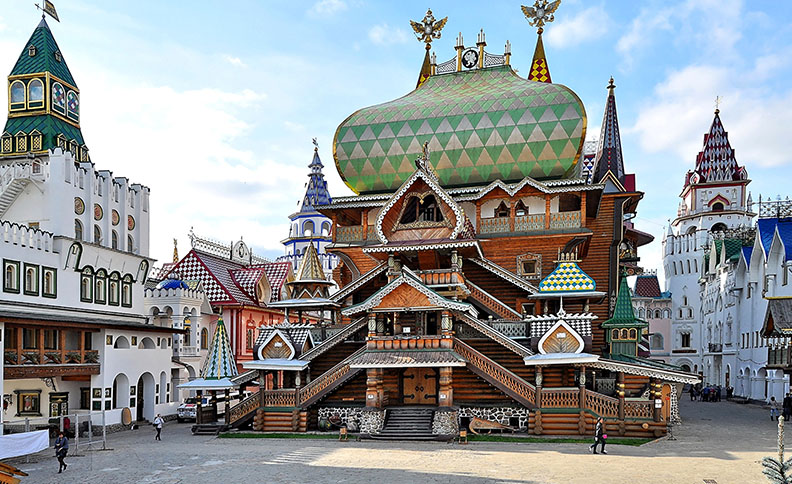 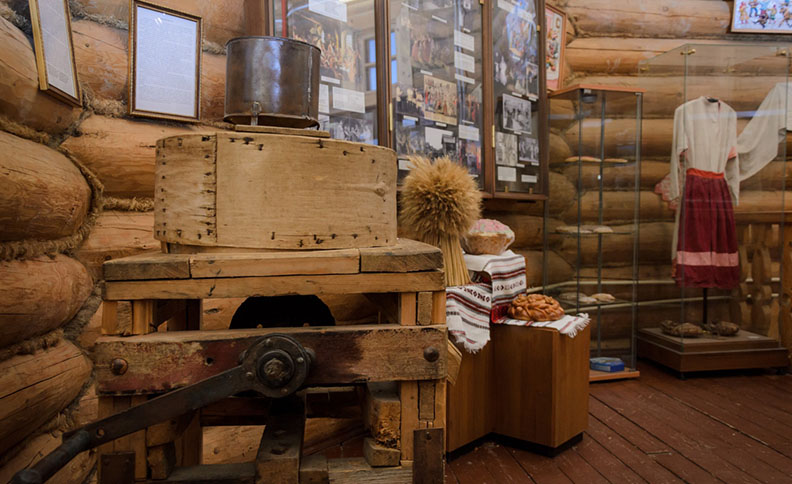 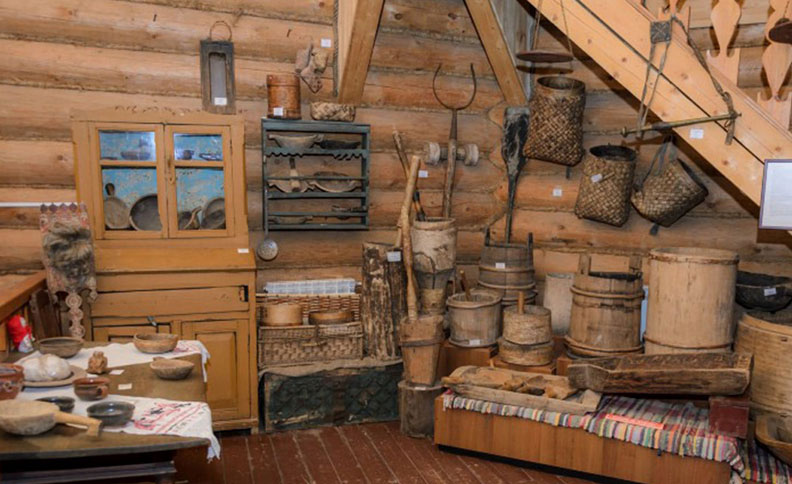 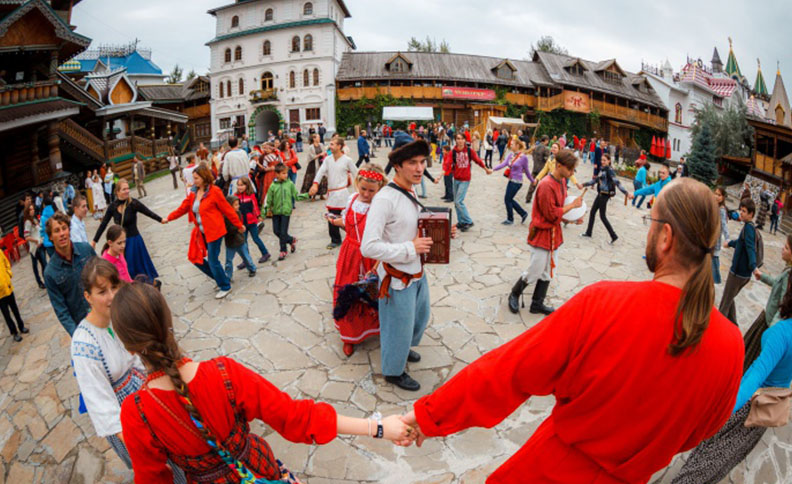 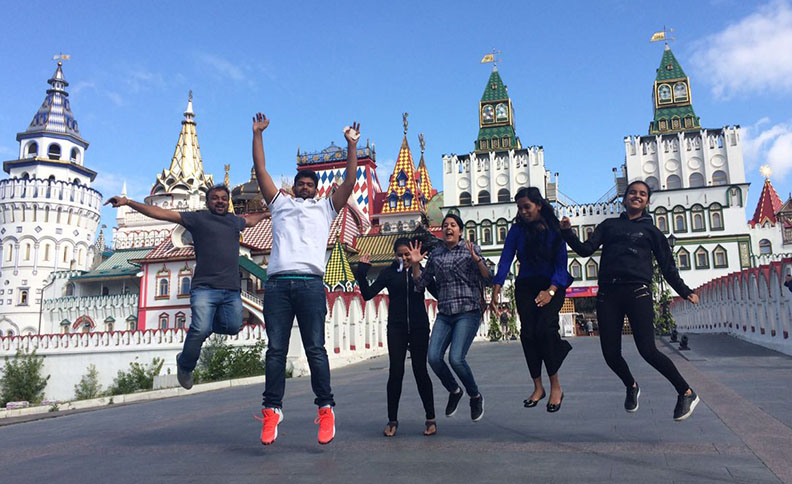 Everyone had dream about being a main character of a fairy tale for one day. Every person on this planet want to spend some time in the magnificent castle, to feel the atmosphere of magic. Well, then we know exactly, where you should go! We invite you to make a small walk through unusual cultural complex Izmailovo Kremlin and flea market in Moscow. Let’s get started!

Izmailovo Kremlin is one of the most unique cultural centers in Russia, which is based on famous Izmailovsky Vernissage. Today on its territory many festivals and fairs are held.

Alexander Ushakov and Marina Alekseeva are the founders of the cultural complex “Kremlin in Izmailovo”. It was founded in 2003. It is interesting to know that the idea came to Alexander, while he was sleeping. After some time, the project was presented to the town-planner. Kremlin was built on the site of imperial residence of the Romanov dynasty, where different factories were located. The interesting fact is that Peter the First found on this place his first boat and here the history of Russian navy had started.

According to the traditions, builders erected a temple on the hill at first. The temple was sanctified in the name of Nicola Mirlikyisky.

In 2005 Izmailovo Kremlin almost burned out during a fire. That happened because this complex was made of wood. The temple was not damaged, the flame stopped right in front of it. It was a kind of magic!

Alexander Ushakov decided to rebuild the complex. He made the white-stone palace and wooden tower-rooms, so the Kremlin appears in that image as we can see it now. Palace of Russian meal, which is surrounded by white towers, is an architectural fantasy based on the works of Simon Ushakov (who was a relative of Alexander) and the palace in Kolomenskoye. The griffin crowning the roof is not only a symbol of knowledge, but also an emblem of Romanov’s House.

One of the main goals of this cultural complex is maintaining and reviving family traditions. That is why Marina Alekseeva insisted on opening a palace of marriage and halls for family holidays on the territory of Izmailovo Kremlin. These halls are introducing the history of Russian epics and legends.

Nowadays there are 7 unusual museums in Izmailovsky Kremlin. Each of them you can visit.

We are sure that these museums will be interesting for the whole family, for children and for grandparents, for men and women. Everyone will find something! There also a unique fairy “Vernissage in Izmailovo” is working for all tourists. Here you can find original paintings and crafts of famous painters and potters, moreover cultural complex can offer a lot of excursions, entertaining and educational programs for the tourists. Children can celebrate their birthday here, they can take part in different workshops like wood and glass painting, pottery and many others.