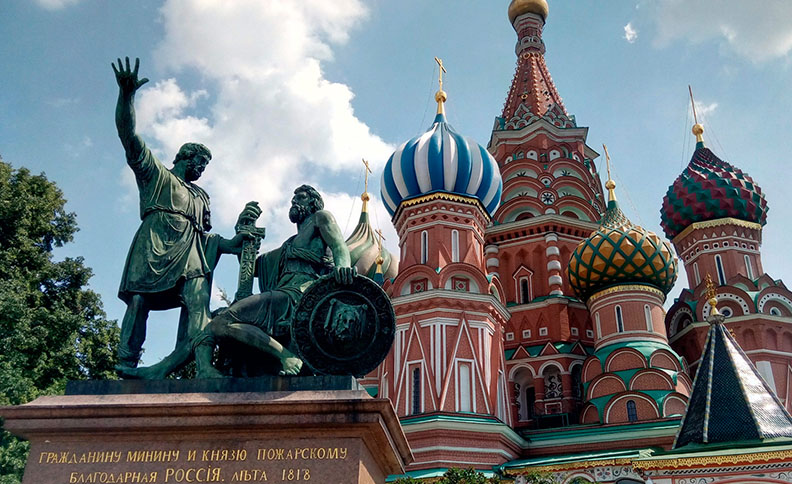 The opening of the monument to Minin and Pozharsky on the Red Square by the sculptor Ivan Petrovich Martos took place on February 20, 1818 in the presence of the Emperor, the Empress, “with countless crowds of people”.

This is a special, legendary monument, designed not only to perpetuate the feat of two people, but also the heroism of the entire nation in the fight against the Polish-Lithuanian invaders. But its history is closely linked to another date that glorifies the power of Russian weapons. The fact is that the monument was originally planned to be erected in 1812-for the 200th anniversary of the expulsion of the invaders. But we all know that this year is associated with a new invasion. Therefore, after the defeat of The Napoleonic troops, this decision only strengthened. The monument was erected in the center of red square in 1818 using public funds collected by subscription from residents of Nizhny Novgorod, the birthplace of Kuzma Minin. Later, the monument was moved because its location made it difficult to pass through red square during parades.

The author himself commented on the idea of the monument as follows: “Minin rushes to save the Fatherland, grabs Pozharsky’s hand with his right hand — as a sign of their unanimity — and shows him Moscow on the edge of death with his left hand.” According to the traditions of classicism, which was a supporter of Martos, the figures look like ancient sculptures, but at the same time the sculptor tried to give them a national identity. Pozharsky’s shield depicts the Savior. Minin’s antique tunic, worn over the ports, is somewhat similar to a Russian embroidered shirt. His hair is cut in a bracket.

Visit grand locations like the Monument to Minin and Pozharsky and loads more that Moscow have to offer!
Contact us @ Russian Info Center to Book Classic Russia Tour
Choose from flights ex Delhi, Mumbai & Calcutta