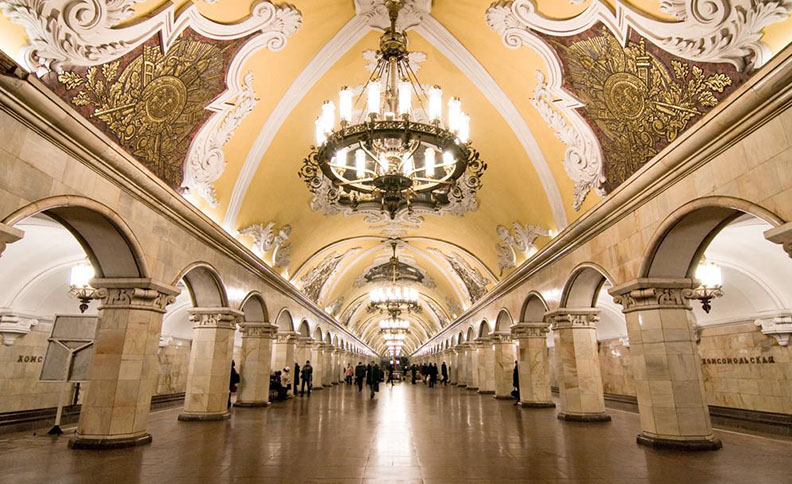 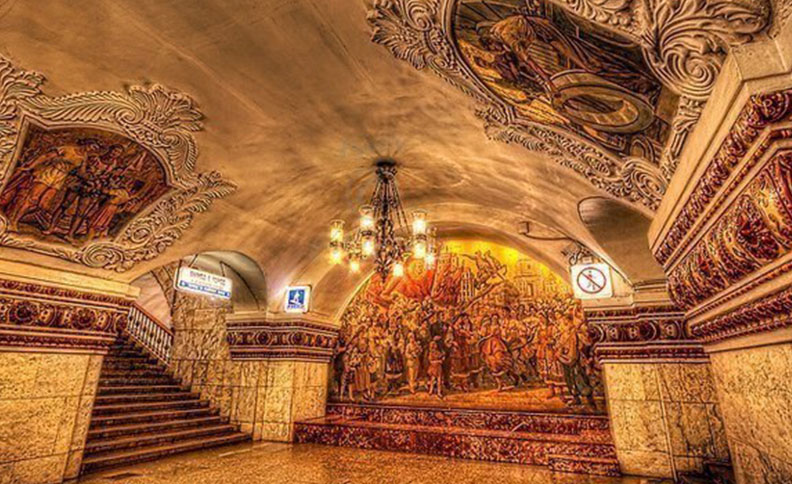 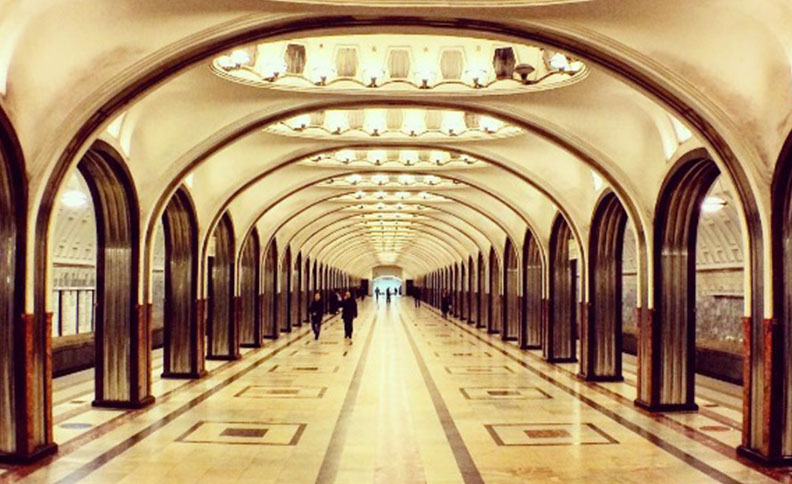 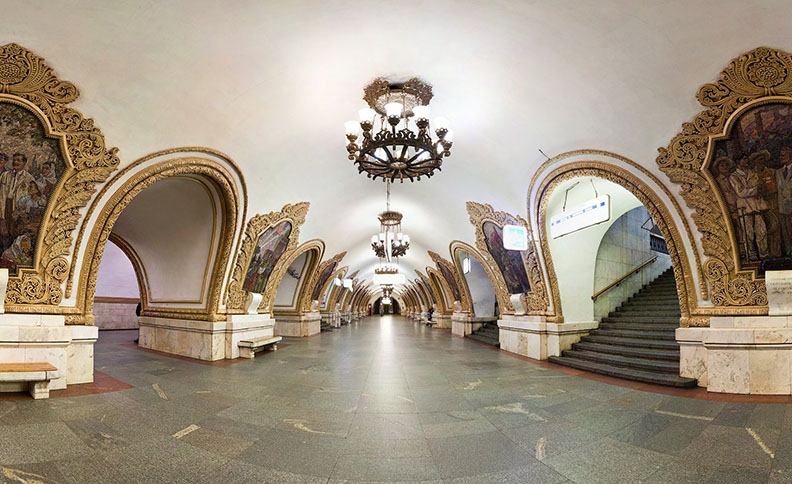 Moscow Metro plays a very important role in the life of Moscovites, and still is the main transport artery of the city. It is a monument of culture, architecture, a tour of the underground transport network will reveal secrets, a secret underground city. During Metro tour in Moscow you will learn about the history of the Moscow metro, the beginning of its construction and development, the functioning of the Moscow Metro during the war.

Start of construction of the Moscow metro workers was carried out almost manually, at great cost of human labor and heroism. On the tour in the Moscow subway, you will be able to assess the scale and scope of the impact of construction, see the result of the labor of workers. Metropolitan of Moscow – is not just a transport system. Moscow Metro – a reflection of the country’s history, according to the Moscow Metro tours you can look in the mirror of a bygone era. Metro Tour will give you the opportunity to learn first-hand information about the history of the underground, its unique technical, progressive for that time of scientific ideas, the evolution and development of the Moscow metro.

During the tour in the subway, you will learn about some of the previously secret information on the Moscow metro. Lots of interesting information and historical facts about the Moscow metro stations Novoslobodskaya station stained glass windows, mosaics Kiev, sculptural group at the Revolution Square station.

Visit the grand locations like Moscow Metro and loads more that Moscow have to offer!