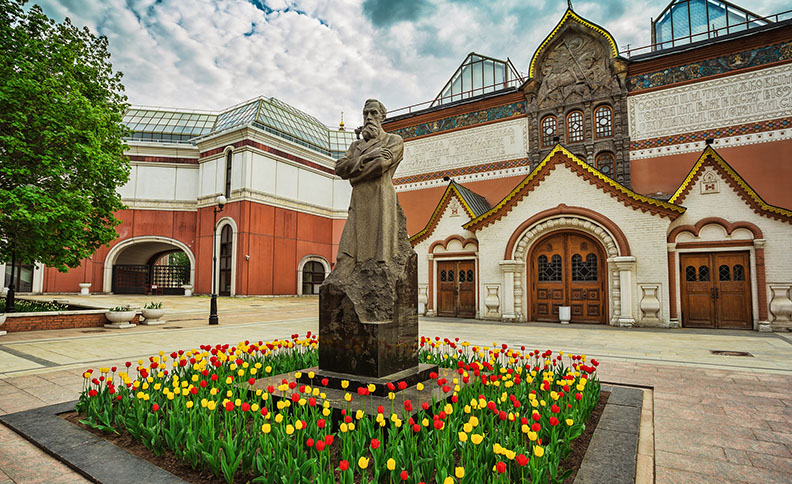 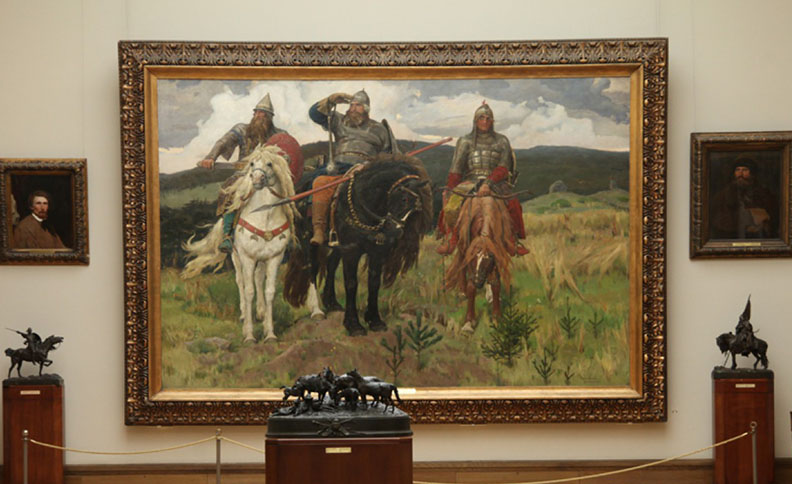 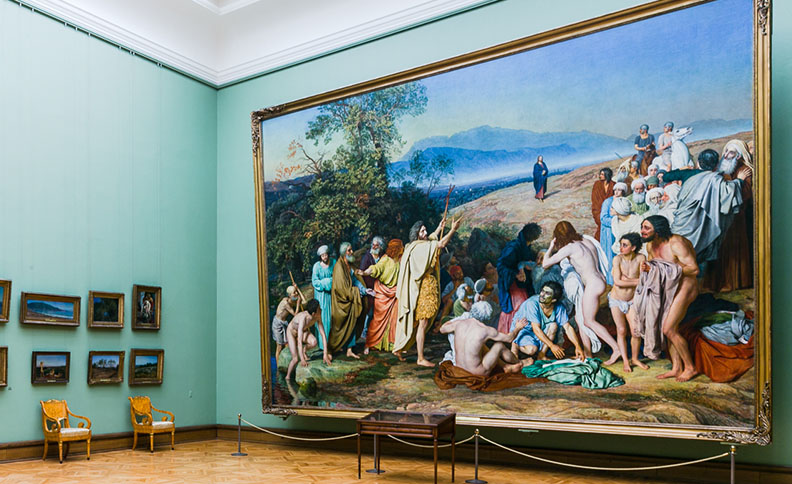 Tretyakov Gallery in Moscow is a legendary Museum.  Russian Russian Museum contains thousands of masterpieces of art, and the Museum itself tells the story of the way of the Russian people, reflected in the paintings of famous Russian masters. The history of the Museum is connected with the name of Pavel Mikhailovich Tretyakov (1832-1898), a merchant, a sincere connoisseur of painting, a patron of art and a collector. Throughout his life, he collected paintings by famous artists and formed the first permanent exhibition of Russian painting.

Initially, it was located in the house of Pavel Mikhailovich himself. Then a peculiar passage was added to the merchant’s mansion, which surrounded the house on three sides. In 1870, the exhibition became available for visitors.  By 1875, the collection was no longer placed on the allocated area, and then the Tretyakov gallery building was built, which is still being expanded. Russian Russian artists works were included in the collection of the Tretyakov Museum, and only those of their works that convey the special essence of the true Russian soul. In 1892, the collection was donated to Moscow. Then it was about 1200 paintings and about 500 graphic works.  But by that time it included the works of European authors, but in a small number.

By 1917, the collection, constantly replenished, numbered about 4,000 paintings and moved from the city Museum to the state status. And along with the new status, it received new squares and objects by combining them with other museums.  Thanks to this, the archives of the Tretyakov gallery have increased almost fivefold.

Today, the Tretyakov Gallery is no longer just a Museum exhibition. This is a center for the study of art.  The staff consists of professionals whose opinions are respected all over the world, and expert restorers are considered to be among the best in contemporary art. The local library has more than 200,000 specialized art volumes.

The permanent exhibition is divided into sections:

Today, the collection includes more than 170,000 works of Russian art, while the replenishment of expositions and repositories continues. Artists, private donors, various organizations and heirs bring wonderful works as gifts, which means that the history of creating a unique collection of masterpieces is not complete.

For the art of the XX century, a separate building on Krymsky Val, called the New Tretyakov Gallery, has been allocated. The new Tretyakov Gallery presents the most complete permanent exhibition of Russian art of the twentieth century in all its diversity — avant-garde, socialist realism, art of “severe style” and “underground”, the latest trends. Large-scale retrospectives of great Russian artists are held here, and experimental exhibitions of young authors are opened. The lecture hall and Creative workshop offer a wide range of theoretical knowledge and practical lessons for children, students, and adults in the art of the XX — early XXI century.

Visit the grand locations like Tretyakov gallery and loads more that Moscow have to offer!