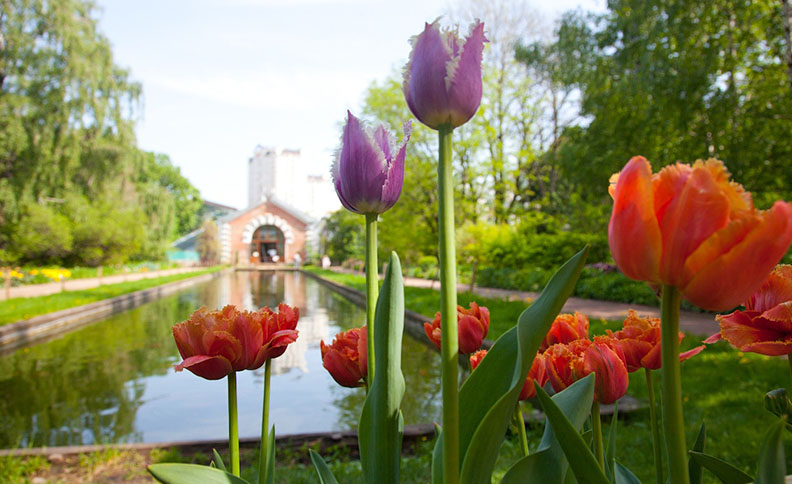 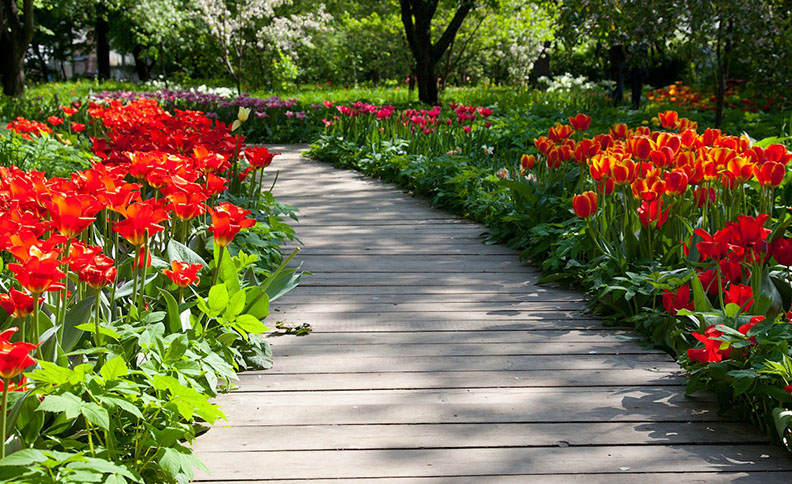 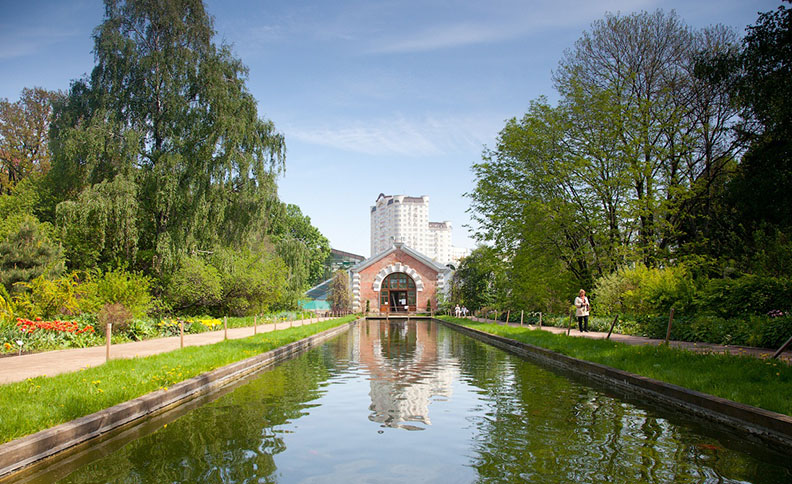 Apothecary garden with a three-hundred-year history – a corner of the riot of wildlife in the greenest part of the center of Moscow, on Mira Avenue. At one time, medicinal plants were grown here, then it passed into the hands of the Moscow University, and it was inhabited mainly by students. Today it is one of the most pleasant places to stay in the city. Where else can you find palm trees, Japanese carp, Royal cats, sunbathing turtles and cherry blossoms at the same time?

Perhaps this small but very green patch in the center of Moscow is one of the most amazing places in the capital. You can visit the Apothecary garden in winter, autumn, summer or spring, but it is best to visit it in March or April. If you want to know what color and size are tulips, then you are here. This is the best place to walk: from year to year in the Apothecary’s garden, flowers are only added. Terry mouse hyacinth, clouds from skumpia, which meets everyone at the main pond in August, stars of daffodils throughout the Park, planted directly in the rotten stumps of Tulip bulbs, flocks of turtles that go out to bask in the sun.

There is also another little-known plant in the garden — the purple plant is native to Japan. The sign says that closer to autumn, when its leaves turn yellow, it begins to smell like gingerbread. And in one variety, the leaves generally have the shape of hearts. The Apothecary’s garden is not worth it-every year it becomes more and more interesting to go here. You cannot even look at the official website of the Park, but buy a ticket, go through the glass doors and freeze. Because the next exhibition has arrived, and now wooden arms and snails are installed in the Park’s alleys, balloons are suspended over the pond, and all visitors are given skates to ride on pink ice.

In General, the Park is full of surprises. And even more original — the way they decided to do with the dilapidated roofs of greenhouses. The old building was covered in glass, so as not to move the giant palm trees and pineapple beds. The second greenhouse was expanded and even more interesting: plants were planted next to it, and only then began to gradually build a shelter over them. Several accidents happened to the Apothecary’s garden: in the spring of 2013, someone broke the pier at the old pond, and a little later, for some reason, Twitter was hacked. But in 1924, when the whole of Moscow was sitting without heating, the greenhouses were kept at the right temperature-otherwise all this diversity would not have existed.

At the garden there is a garden of medicinal plants, which gave the name to all this wealth: fennel, Hemlock and other medicinal herbs grow there. You can walk through the Park without problems, but you will not be allowed to go on an excursion to the greenhouse, where Araucaria grow, cork tree and bergamot bear fruit, without a guide. The main magnet for most Muscovites is the Orchid Festival, which takes place every winter until March and allows you to get into the greenhouse to the palm trees. The garden is closed only for a few weeks at the end of March: bulbs are planted EN masse and prepared for the annual flower festival. Apothecary garden is very well located — it is surrounded by houses on all sides, and therefore it is here that every year the Magnolia blossoms. By the way, it grows on the ruins of a building.

There is a gray walnut in the Park, and Ginkgo biloba — and this tree remembers dinosaurs, and can withstand radiation. After strolling through the small garden and admiring the large number of flowers, when the camera has run out of space or charge, you can go to the “Paradise pie”, where they prepare delicious pies. And the Apothecary garden is an unusual art center that combines nature and art. The greenhouses host concerts of classical, jazz and rock music, which have already become an original cultural attraction of the capital. From Thursday to Saturday, inclusive, the Palm and Victor greenhouses, as well as the Hortus art gallery with exhibitions are open from 21:00 to 1 am.

Visit the grand locations like Apothecary Garden and loads more that Moscow have to offer!