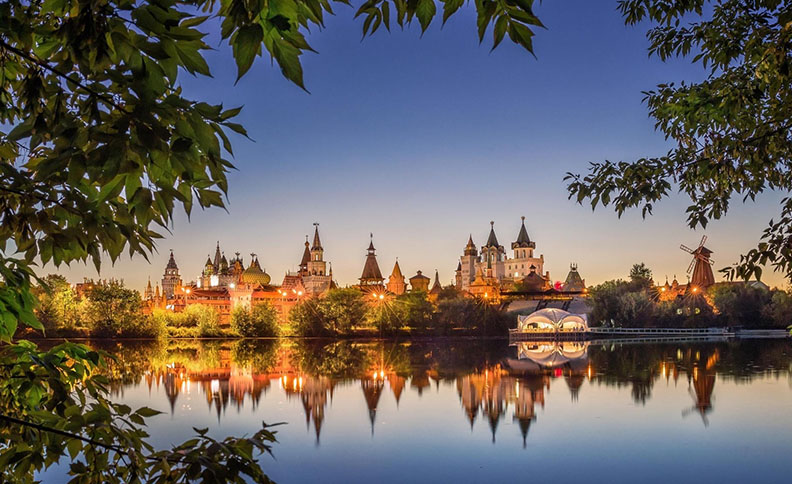 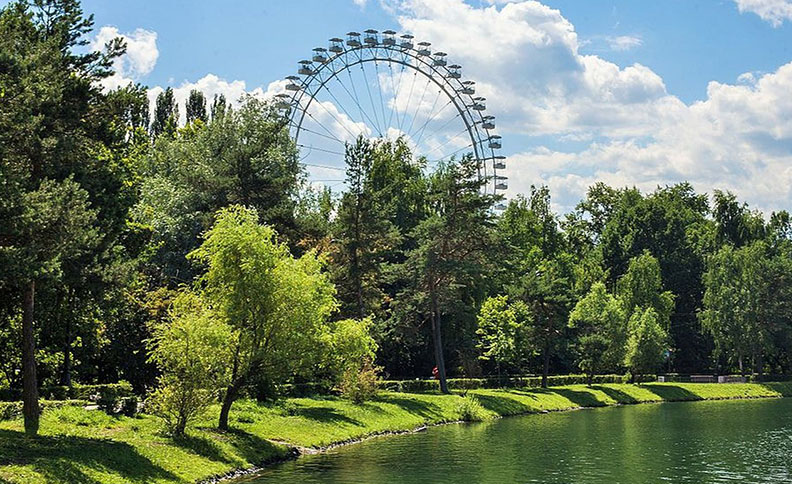 Izmailovsky Park is one of the largest in Moscow and one of the most ecological parks in Europe. The territory of the Park is 310 hectares. It is divided into two parts — a recreation Park and a forest Park. In the forest area of Izmailovsky Park there are ancient ponds, pine forests, birch groves with glades, and architectural monuments of the XVIII century. The Northern part of the Park is famous for the amusement Park “Fun”, rope town, sports equipment rental and archery range. In winter, the Silver ice rink is located in the Park. In the summer season, there are playgrounds for playing volleyball, basketball, streetball, badminon, mini-football and a pavilion for playing “Icestock”.There was a time when the majestic estate of Tsar Alexei Mikhailovich was located on the territory of Izmailovo forest Park. Then the territory was full of beautiful Italian-style gardens and special decorative structures. Here, in the XVII century, there was a protected area with the largest menagerie in Europe. By the decision of the Moscow city Council in 1931, a recreation area for Muscovites called the Park was created on the territory of the forest area. I. V. Stalin. It was only in 1961 that the Park began to bear a well-known name.

The main attraction of Izmailovo forest Park is the Courage Square, an open-air Museum of military equipment. The territory is also home to the capital’s oldest Large Ferris wheel. The most famous amusement Park site in Izmailovsky forest Park is “fun”, located in the Northern part of the park. Nearby you can also hone your shooting skills in the Archer-crossbow range, test yourself on the heights of the rope town “Panda Park” or rent some sports equipment, such as a Bicycle or roller skates.

The Central part of the Izmailovo park offers visitors a variety of leisure areas – there are full-fledged tennis courts equipped with the necessary equipment and showers, a boat station, attractions, a lot of children’s and sports grounds, as well as areas equipped for holding mass events. For sports enthusiasts, there are also equipped with simulators and workout areas. There is even a chess and checkers pavilion and a skating rink. On the territory of Izmailovsky Park, there are also plenty of cafes, pizzerias, and noodle shops.

Visit the grand locations like Izmailovsky Park and loads more that Moscow have to offer!