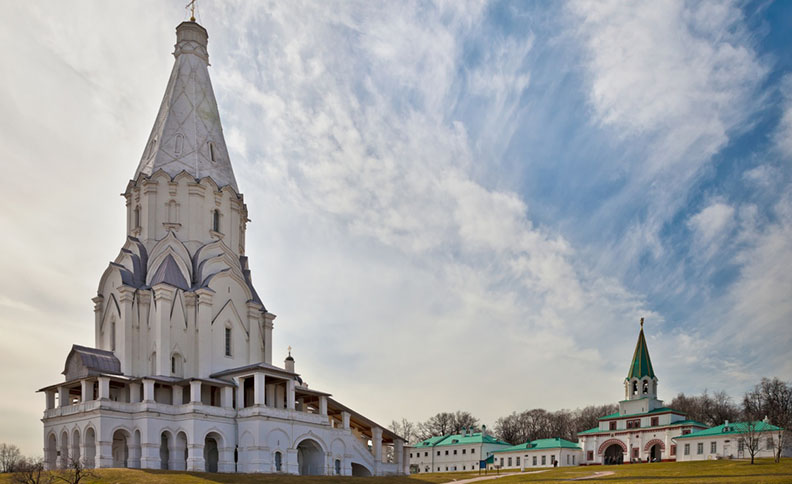 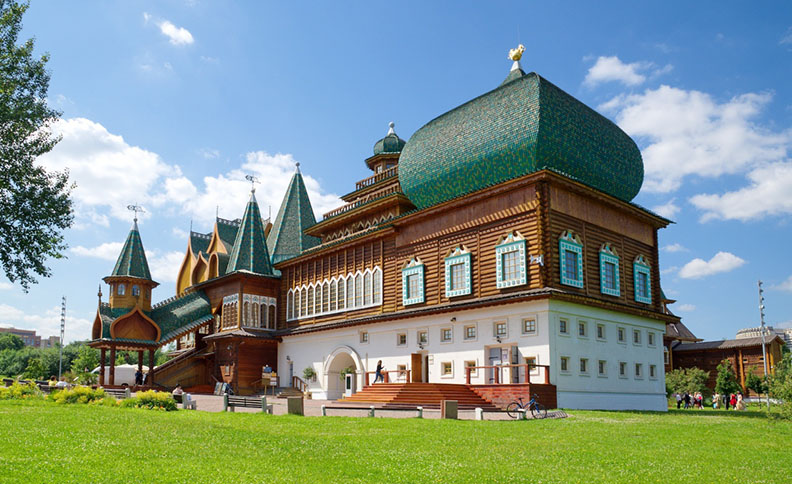 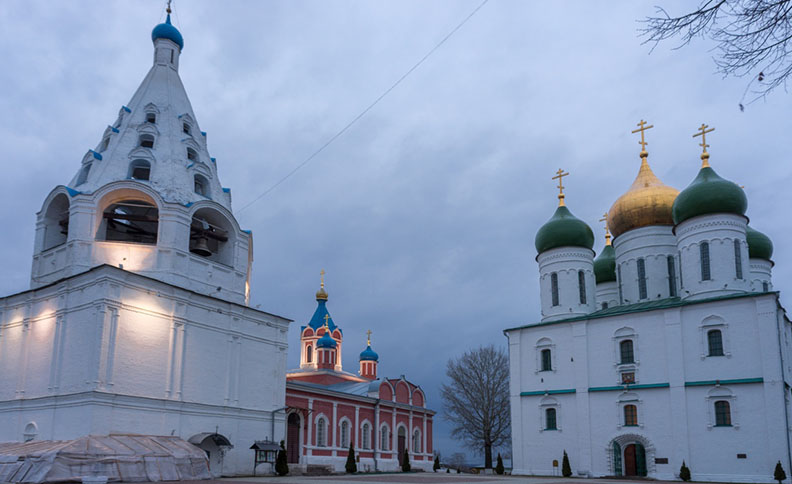 According to legend, the village of Kolomenskoye estate Moscow was founded by residents of the city of Kolomna, who fled from Batu, who burned their city in 1237. In 1339, the great Tsar Ivan Kalita mentioned the village in his will as his property.

The estate was the fiefdom of the Moscow Grand Dukes and tsars. By order of Vasily III, in 1528-1532, a tent Church of the ascension was built here in honor of the heir Ivan IV (the terrible). In November 1649, the Church of our lady of Kazan with two chapels was built and consecrated here. Since then, the feast of the Kazan icon of the mother of God, which in our time falls on November 4, has been widely celebrated.

The most famous landmark of Kolomenskoye is the Church of the ascension, listed as a UNESCO world heritage site. Its upward-tipped hipped end is clearly visible from any point. This unique temple was built in 1528-1532 during the reign of Basil III, most likely as a prayer for the heir. Currently, the basement of the Church is open to visitors, there is a Museum exhibition. The nearby bell Tower of the Church of St. George was built in the XVI century and also witnessed the events of the time of Troubles. After all, it was in Kolomenskoye that the false Dmitry stopped before the Grand entrance to the capital in 1605. A year later, the leader of the peasant uprising, Ivan Bolotnikov, with his army, built a prison here and began to call on the poor to arm themselves against the rich. But after a while, he was forced to leave under the onslaught of people loyal to Vasily Shuisky.

A later building — the water tower-appeared here in the second half of the XVII century. The exposition of the tower opens many interesting pages of the history of the water supply system.

The next object is the Palace (Front) gate complex. The exposition located in it most fully represents the entire history of this unique place, introduces archaeological finds, household items, interior, and weapons. Even the opportunity to visit such an ancient structure is of great interest.

On the territory of Kolomenskoye there are many museums dedicated to various fragments of the past: the house of Peter I, the open-air Museum of wooden architecture, the refectory of the Church of St. George, the foundations of economic buildings in the Sovereign’s yard, and others. There is also a Church of our lady of Kazan, built in 1649-1653. It is believed that the temple was founded in honor of getting rid of the poles.

Do not forget that the Museum-reserve includes the former village of Dyakovo, where there is another legendary architectural monument-the Church of the beheading of the head of John the Baptist. The founder of the Church is considered to be Ivan the terrible, but the exact date of construction, scientists have not yet been able to determine. In 1924, the Church was closed, and now it is active.

Another attraction that has recently appeared in Kolomenskoye attracts more and more attention. We are talking about the Palace of Tsar Alexei Mikhailovich Romanov (son of Mikhail Fyodorovich) built according to preserved drawings. Once this wooden Palace, rightly considered the eighth wonder of the world, stood in front of the Kazan Church, which was originally a house Church, and was connected to it by a covered passage.

Now visitors can get acquainted with the layout of the Palace, presented in full size. Its halls are filled with a variety of exhibits that tell about the life of the Royal family.

Visit the grand locations like Kolomenskoye Estate  and loads more that Moscow have to offer!