Cathedral of the Immaculate Conception of the Holy Virgin Mary, Moscow, Russia 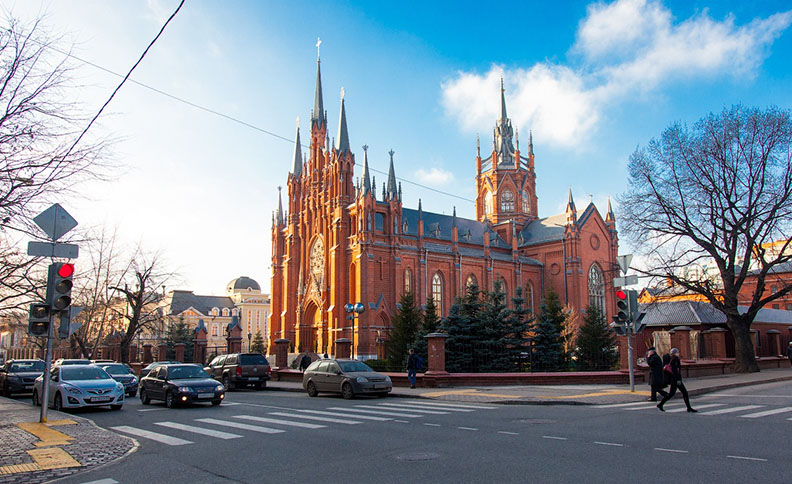 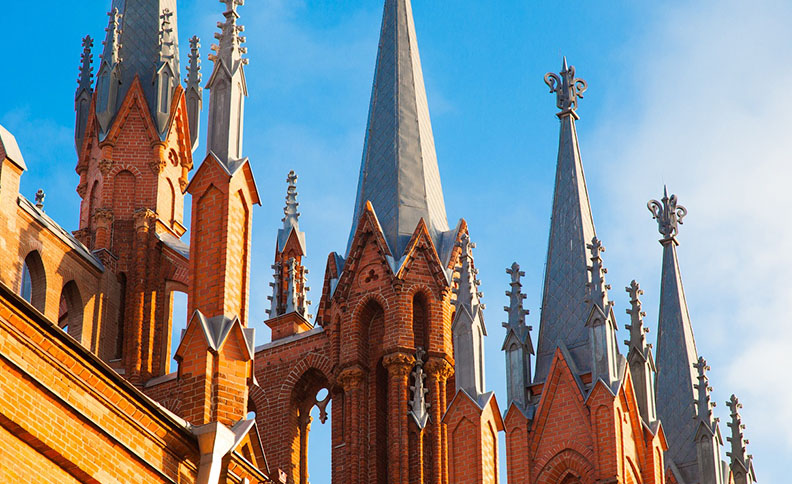 The project of the Cathedral of the Immaculate Conception of the Holy Virgin Mary was developed by a parishioner of the Church of the Holy apostles Peter and Paul, a famous Moscow architect, a pole by origin, Tomas (Thomas) Iosifovich Bogdanovich-Dvorzhetsky, a teacher of the Moscow school of painting, sculpture and architecture. The building was designed in the neo-Gothic style.

Until the end of the XIX century, there were two Catholic churches in Moscow-St. Louis (on Malaya Lubyanka) and the Holy apostles Peter and Paul (at 18 Milyutinsky lane, now closed). By that time, the number of parishioners reached 30 thousand people, and in 1894 it was decided to build a new branch Church of the parish of the Holy apostles Peter and Paul. When the construction permit approved by Emperor Nicholas II was received, a huge community of Moscow poles began to raise funds for the construction. Money was sent from all over the country and abroad: many Russians, Belarusians, and poles (including exiles) sent their donations.

The branch Church of the parish of the Holy apostles Peter and Paul in honor of the Immaculate Conception of the blessed virgin Mary was built from 1899 to 1911. The opening of the Church took place on December 21, 1911, and finishing work continued until 1917. According to some reports, the spires on the temple towers were put only in 1923.

Visit grand locations like Cathedral of the Immaculate Conception of the Holy Virgin Mary and loads more that Moscow have to offer!
Contact us @ Russian Info Center to Book Classic Russia Tour
Choose from flights ex Delhi, Mumbai & Calcutta