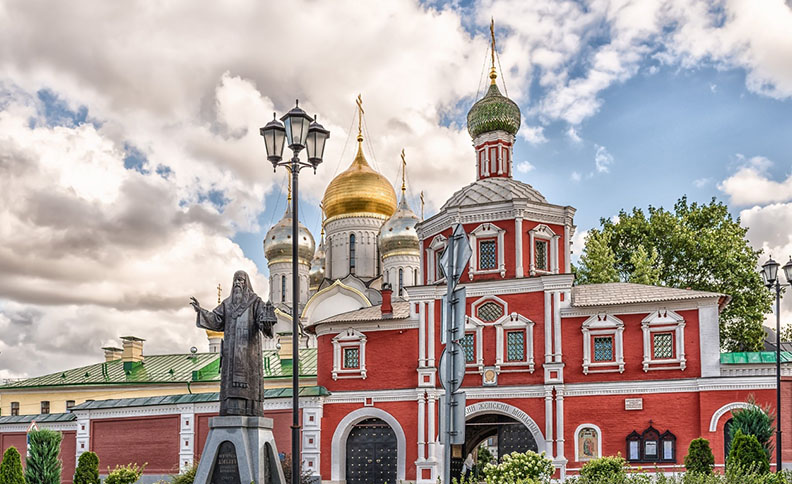 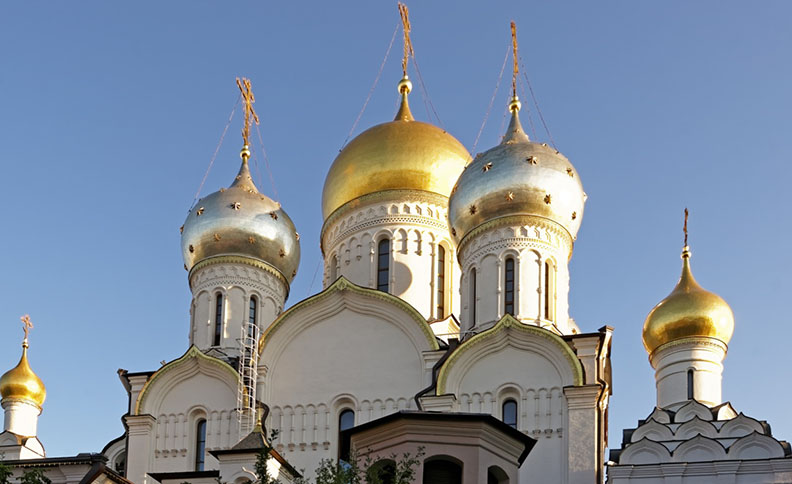 An ancient Shrine, always popular with tourists, and an invaluable treasure for researchers, the monastery was founded in 1360. According to scientists, the founder of the monastery was Metropolitan Mayour Alexy of Moscow. The simple Church, built of wood, was called the “Conception of the Orthodox Anna”. A woman’s abode appeared next to it. Two hundred years passed, and all the buildings of the monastery burned down in a terrible fire. The monastery was rebuilt, but closer to the heart of Moscow.

However, not all went to the new monastery. Where the fire passed, there were people who decided to build their spiritual home again. The small community found the strength to restore both the buildings and the former sanctity of this place, and the Church of the conception of the Orthodox Anna appeared again. Catholic poles tried to destroy it, but every time, no matter what happened, the Church and the buildings of the monastery rose from the ashes. The current Church building was built between 1584 and 1618.

For centuries, people have been coming to the monastery from all over the country. Pilgrims go to worship shrines, because the monastery has many unique icons, and several miraculous ones. The icon of the mother of God “Merciful” hundreds of times helped everyone who turned to the Heavenly forces for help through it. Thanks to her miraculous face, the inhabitants of the monastery did not lose their faith and spiritual strength, believing that the Veil of the mother of God was over them, and their monastery would stand for centuries, being rebuilt if necessary. This icon helps Orthodox women conceive a baby. At least a lot of women who could not have babies have  appealed to the icon which helped them, the claim is that it gave them the happiness of motherhood.

The most important relic of this Holy place is the Belt of the most Holy Theotokos, a Shrine consecrated at the monastery on mount Athos, which is called Vatopedsky. The prayer, sincerely read at this relic, according to many, helps to conceive a child even for those couples who have long been refused by all doctors.

On the territory of the monastery, you can see monuments of ancient architecture, Orthodox relics, hear stories about each, treat yourself to fresh pastries, and if necessary, pray at the miraculous icons.