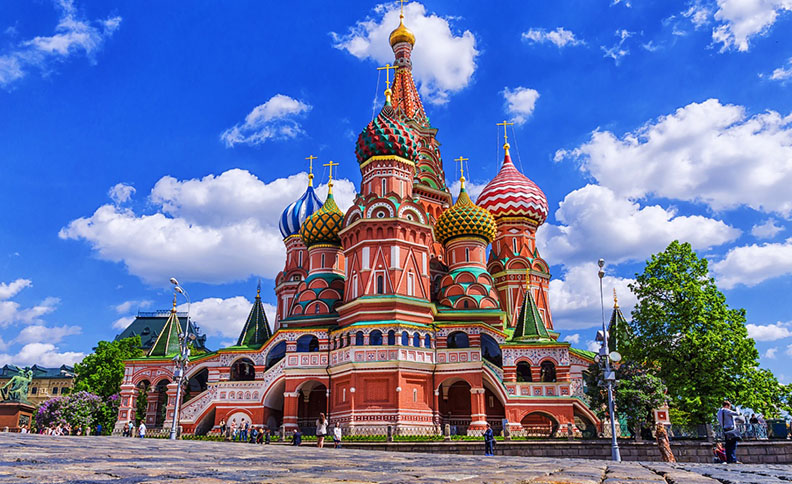 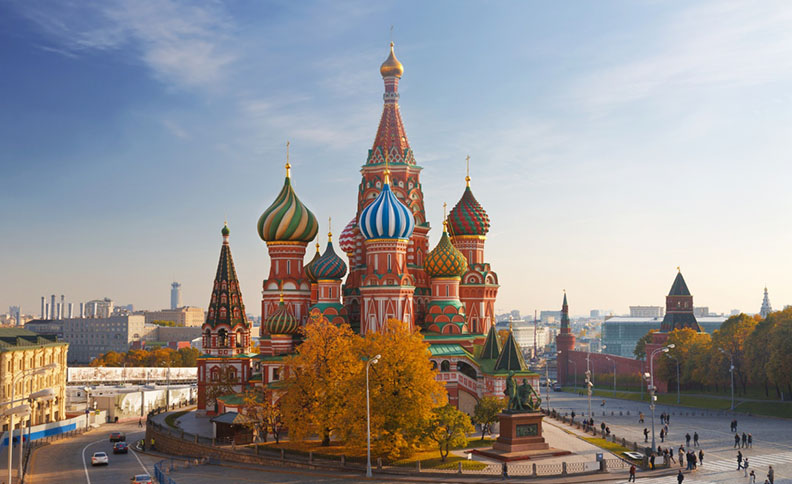 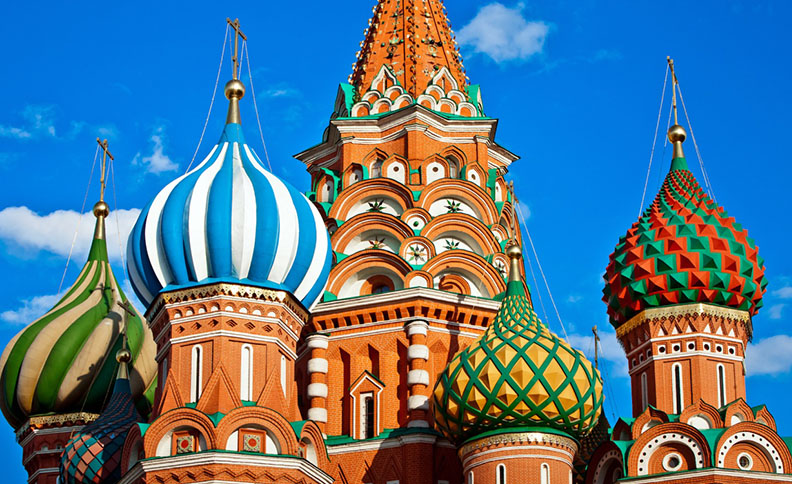 St. Basil’s Cathedral is not only the main Church of Red square, but also a symbol of the whole of Russia. It was built in 1555-1561 by the decree of Ivan the terrible (very famous and powerful Russian Tsar who united most of Russia) in honour of the capture of the Kazan kingdom or Khanate. The assault on Kazan began on October 1, 1552, on the feast of the Intercession Of the mother of God, so the “official” name of the temple is the Church of the Intercession of the mother of God.

The Cathedral is a symmetrical ensemble of eight churches surrounding a Central Church topped by a tent. Each of the eight churches is named after a Saint on whose day a significant event of Ivan the terrible’s Kazan campaigns took place. The Central one is dedicated to the feast of the Intercession Of the mother of God, which gave the name to the entire temple. The churches are crowned with elegant onion domes. In total, the Cathedral has nine iconostases, which contain about 400 icons of the XVI–XIX centuries. The walls of the Cathedral are decorated with frescoes. There you can also admire portrait and landscape paintings, Church utensils. Among the most valuable exhibits is the chalice of the XVII century, which belonged to Tsar Alexei Mikhailovich.

Many legends are associated with the Cathedral. Originally there was a white-stone Church on this site, where the Holy fool Basil, revered in Moscow, was buried. Allegedly, he himself collected money for the future Cathedral, brought it to Red square and threw it over his right shoulder. These coins lay untouched on the ground until the Holy fool Basil himself picked them before his death and gave them to Ivan the Terrible for the construction of the Cathedral.

The architects who built the Cathedral, the record indicates two names, Barma and Postnik Yakovlev. However, there is a theory that there was actually one master — Ivan Yakovlevich Barma, nicknamed the Postnik for his adherence to strict fasting. There is a legend that after seeing the wonderful temple, Ivan the terrible ordered to blind the masters so that they would not repeat their masterpiece anywhere else. But this is rather a myth, since the name of Postnik is still found in the annals in connection with the creation of other remarkable architectural monuments.