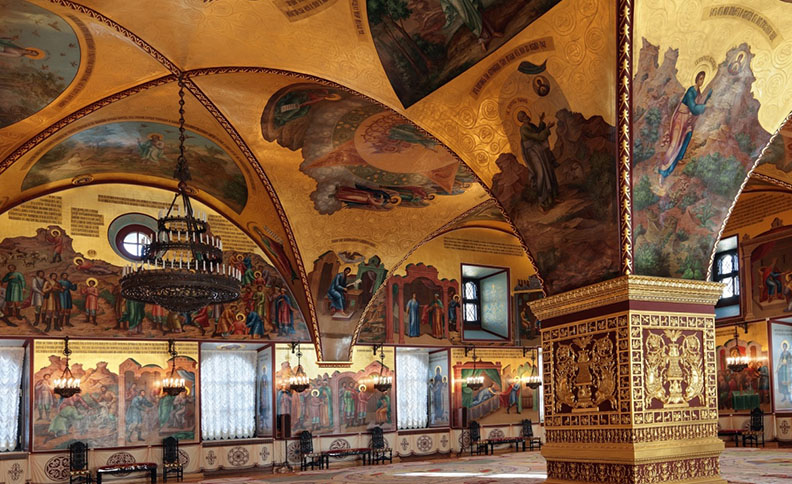 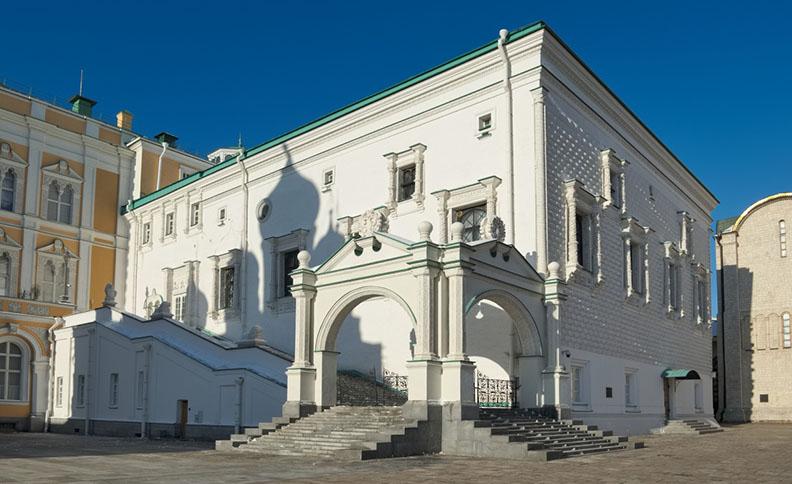 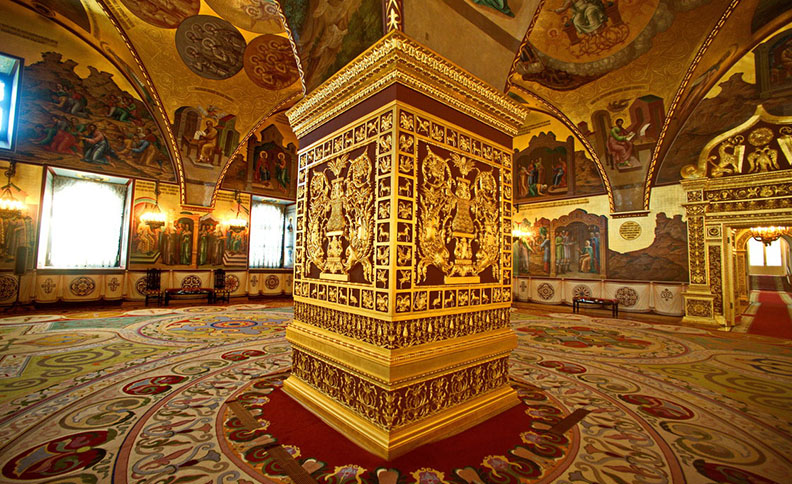 The Palace of Facets  is one of the oldest stone buildings, which is part of the architectural ensemble of the modern Moscow Kremlin. The building has a civil purpose, but is of cultural and historical value. The chamber is located in the very center of the Kremlin, on Cathedral square, among churches and other historical buildings. Previously, this place was at different times the mansion of Ivan Kalita, the Palace of Dmitry Donskoy.

The main purpose of the chamber is to serve as the main representative hall, where high-ranking guests were received, feasts and other celebrations were arranged. It was here that almost all Russian monarchs, without exception, were crowned king, received ambassadors, and awarded generals who distinguished themselves by their bravery and valor in various battles. Many significant historical decisions were made here, since the faceted chamber, among other things, held Zemstvo meetings and met the boyar Duma.

The main throne room has historically been distinguished by pretentious luxury and today is a majestic structure, the walls of which are painted with frescoes by masters Belousov, and the floor is lined with parquet from sixteen elite wood species. The last restoration of the faceted chamber was completed in 2012.

A significant monument of culture and architecture is also the so-called “Red porch”, which is located on the South side of the facade of the main building. Many monarchs used this staircase to enter the assumption Cathedral for the coronation ceremony. In Soviet times, by order of Stalin, this staircase, as a symbol of the monarchical system, was destroyed (in 1930). It was restored only after almost six and a half decades, in 1994. Today, this staircase is of great interest to tourists and other visitors of the Museum complex.

Currently, the faceted chamber is part of the residence of the President of the Russian Federation. The Patriarch’s residence is equipped in its basement. Everyone can take a tour of the chamber and see all the luxury and splendor of the Royal chambers and rarities presented here at the exhibition.

Visit the grand locations like Palace of Facets and loads more that Moscow have to offer!