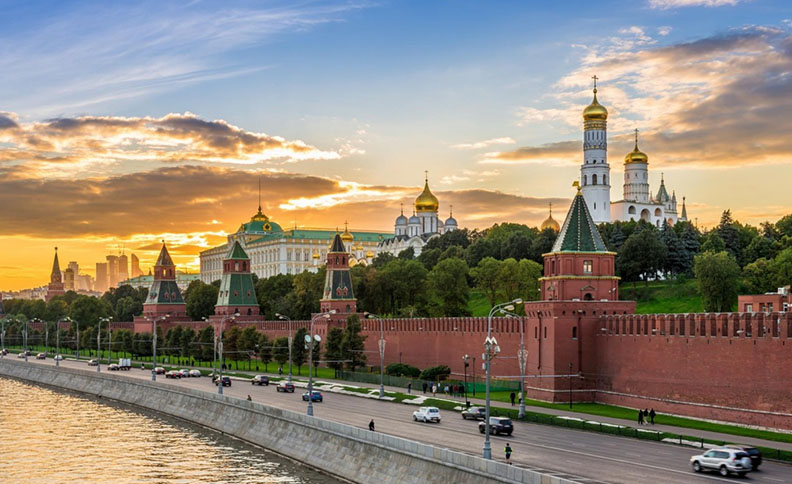 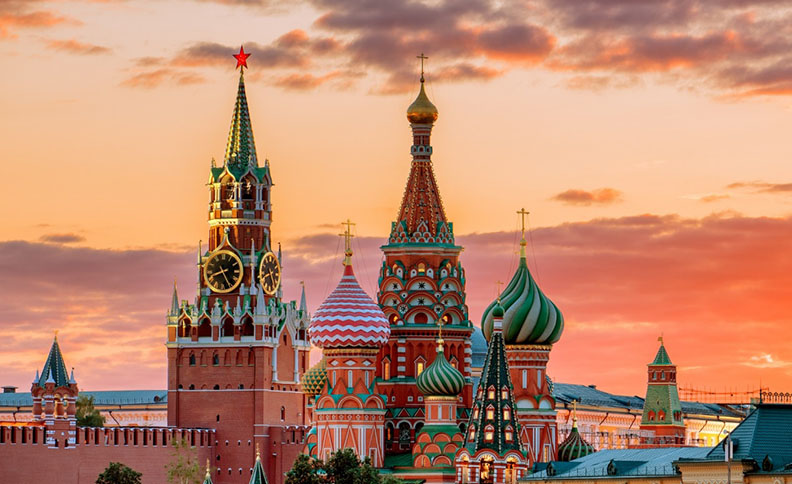 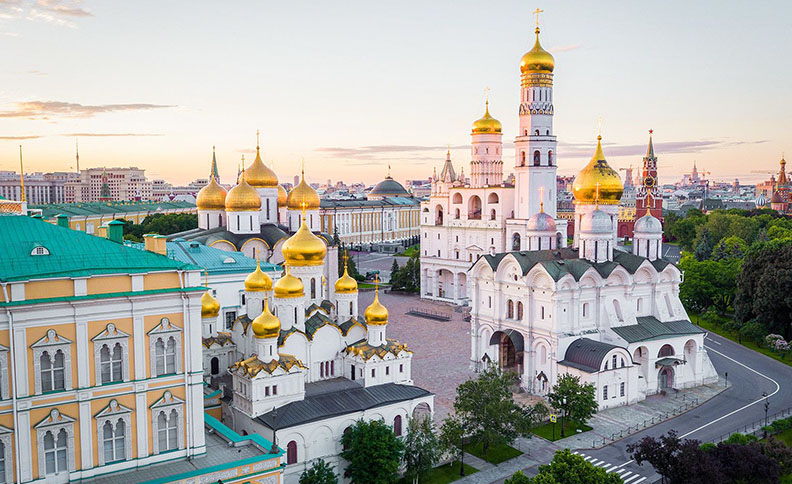 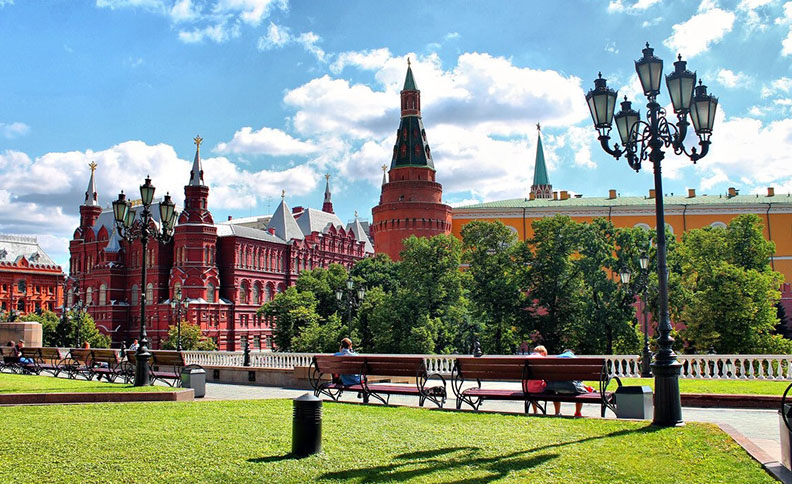 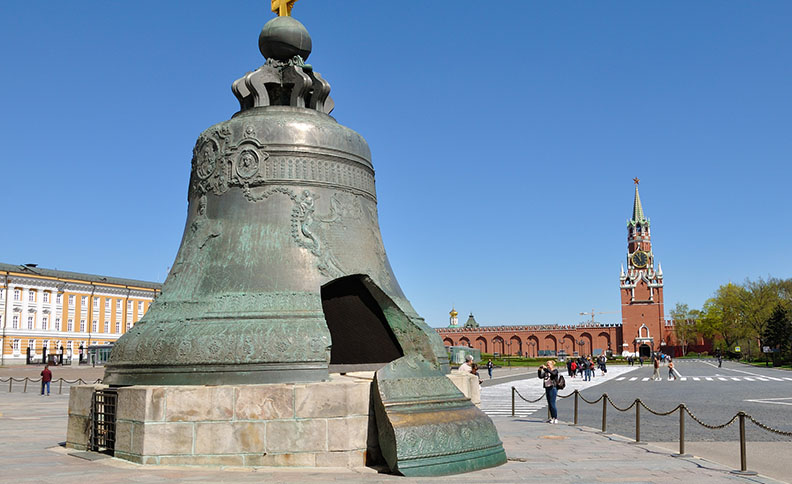 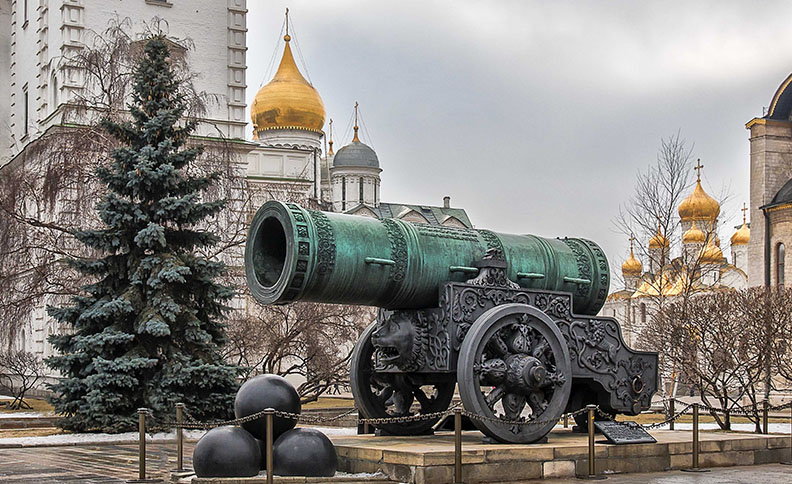 The Moscow Kremlin is certainly the capital’s main attraction. It is visible from almost every point in the center of the capital, so it is not difficult to get to it. Familiar from photos from travel guides, the red battlements are 2,235 meters long and cover an area of 27.5 hectares. And although not all of it is open to visitors — for example, the presidential residence is closed to mere mortals-it is worth allocating a full day to complete Moscow Kremlin Tour with its numerous museums and architectural attractions built from the XIV to the XIX century.

It is interesting that tourists and ordinary Moscovites were able to get acquainted with the masterpieces of architecture located on the territory of the Kremlin only a little more than half a century ago. After the Soviet government headed by Lenin settled in the Kremlin in March 1918, this territory acquired a special status. First, the monks and Church employees were evicted from here, then, in 1922, two monasteries that operated in the Kremlin were demolished — the male ascension and the female Chudov. By 1934, only holders of special passes issued by the Sovnarkom, such as employees of the government apparatus and employees, had the right to enter the territory of the Kremlin. For greater convenience, they not only worked, but also lived in the Kremlin, even in the Grand Kremlin Palace, the former residence of the Russian Tsars, dozens of apartments were equipped for nomenclature workers and their families. Only in 1955, by a decision of the Central Committee of the CPSU, the Kremlin was opened to the public.

In the 90’s, the main Moscow attraction could be admired for free. Today, however, you will have to buy a ticket to get to the Kremlin. You can buy tickets to the Cathedral square, to Ivan the Great bell tower, to Armory Chamber and Diamond Fund.

The Assumption, Archangel and Annunciation Cathedrals (The Cathedral Square)

The cheapest ticket gives you the opportunity to see the ensemble of the Cathedral square: The Assumption, Archangel and Annunciation Cathedrals, the Church of the sacrament and the Patriarchal Palace. This ensemble should definitely be seen by all lovers of antiquity. The Annunciation Cathedral was the home Church of the Russian tsars for about a century and a half, and its abbots were usually Confessors of the Grand Dukes.

A ticket that gives you the right to visit the Ivan the Great bell tower ensemble will cost a little more, but it will allow you to enjoy the breathtaking panorama of the Kremlin from a bird’s eye view. There are legends about the strength of this building at the beginning of the XVI century: for example, when Napoleon’s troops retreated from Moscow, they blew up Ivan the Great along with the adjacent Church of John the ladder, but they could not damage the bell tower pillar — it remained standing in the middle of the ruins.

Perhaps the most famous and at the same time ambiguous sights of the Kremlin are the Tsar bell, which never rang, and the Tsar cannon, which failed to fire a single shot. The Tsar bell, cast by order of the Empress Anna Ioannovna in 1733-1735, cooled down in a special pit two years after casting, where it was caught by the terrible Trinity fire that occurred in the Kremlin in may 1737. When extinguishing the fire, water fell on the red-hot metal of the bell, which caused a piece of it weighing 11.5 tons to fall off. Only in 1836, this monument of Russian casting weighing 202 tons and a height of 6.14 meters was able to use a special lift to remove it from the pit and install it on the pedestal, where it still stands today. The Tsar cannon, made in 1586 by order of Tsar Fyodor Ioannovich, did not suffer any disasters: this gun, weighing about 40 tons, was installed near the Spassky gate soon after casting, to fear the enemies. But since no one dared to attempt to attack the Russian Shrine since then, the gun never managed to demonstrate its firepower.

The most impressive part of the Kremlin ensemble should, of course, be recognized as the Kremlin towers. There are two dozen of them, of which one is located directly on the wall — Kutafya and one is located directly on the wall — Tsarskaya. The oldest tower, taynitskaya, was founded in 1485, and the newest, located along the Neglinnaya river from the side of today’s Alexander garden, were built in the XVI century.

The main tower of the Kremlin is Spasskaya. Its gates were intended for ceremonial processions, and kings and foreign envoys entered them. Now the only tower used for entry and exit of the country’s top leadership is the Borovitskaya tower, which used to allow access to the economic part of the Kremlin.

The third travel tower is Troitskaya. Now it serves as an entrance for visitors and tourists. Or rather, first they have to climb the Kutafya tower, and from there on the bridge – to the Kremlin. There is also a gate in the Nikolskaya tower. The remaining 15 towers are not passable, except for those that had secret exits to the river. These include the taynitskaya tower.

The names of many towers are “talking”, which is why most of them have at least two names, due to the obsolescence of one fixed the other. The record holder for the number of renames is the Trinity tower.at different times it had 5 different names: Trinity, Epiphany, Rizpolozhenskaya, Znamenskaya, and Kuretnaya.

Unfortunately, it is impossible to look at the internal structure of the towers — tourists are not allowed there, although, probably, many would like to climb at least one of them to see how they are equipped inside and for a second feel like an ancient guardian of Moscow, viewing the surroundings from a height.

If you look closely at the Kremlin walls and towers, you will notice many interesting details. For example, the fact that only the corner towers have a round base, the rest are rectangular. And one of them has no reason at all. This is a small Royal tower. In this case, the name rather deceives us, because historians believe that, contrary to the legend, the kings did not sit under its shadow, looking at the Red square. The fire Department’s bells were located here. The name was probably just due to its appearance, which is really something similar to the Royal throne, as we imagine it from Russian fairy tales

Visit the grand locations like Moscow Kremlin and loads more that Moscow have to offer!